Yeah, she's a vile human being, but we all knew this already. But on reading this, we were more interested in this comment:

Right. That seems.... well.... pretty illegal. Right? And this isn't a matter of freedom of speech. 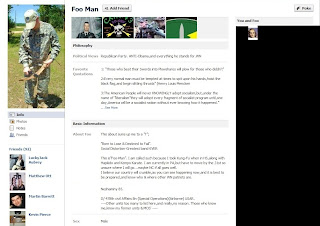 Hmmm. A Republican, White Nationalist, formerly in the military, and not a fan of Obama. 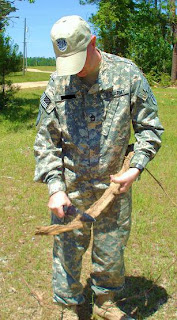 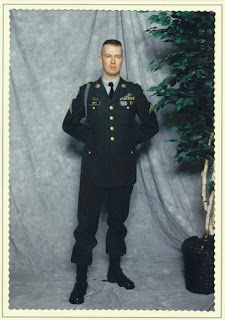 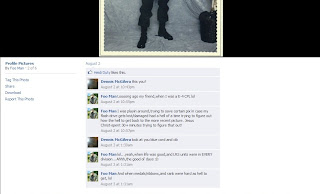 So, does anyone have the email for the Justice Department?

Oh wait, here it is!

UPDATE: Decided to post a comment by April's friend H.D. Worked hard for the Ron Paul campaign, you say? Hmmm

Thanks for posting the article about Lamb & Lynx. Made my night a little better.

If the USMCJ still applies to him, he's screwed:

And of course, there's this:

933. ART. 133. CONDUCT UNBECOMING AN OFFICER AND A GENTLEMAN

Any commissioned officer, cadet, or midshipman who is convicted of conduct unbecoming an officer and a gentleman shall be punished as a court-martial may direct.

Which I believe (again, not a lawyer, so I'm not 100% on this) pretty much gets him for racism.

If anyone gets some basic info on this guy, we can fill out an SF-180 for a general public request of vet records (we'd get limited access, but we'd be able to determine why he was discharged and based on that, figure out whether or not he gets a pension or pay), courtesy of the freedom of information act.

Depending on which type of discharge he got, he could face some serious crap just for posting things like that on facebook, while advertising the fact that he's former military. If he received a discharge for bad conduct, a general discharge for reasons other than illness/injury/something beyond his control, (for example, drug addiction), or if he received a dishonourable or OTH discharge, then he's a moron for advertising that he's former military --those records are available to the public, if the public (including employers) bother to look, and it does NOT look good on a resume, and is grounds for termination when it comes to a lot of jobs.

I'll hit up some ex military friends, both in the reserves, and actual military and see what I can dig up.

I think you forgot the e-mail for the Justice Department...

A 12-year old boy in the US made a comment on his own Facebook page, expressing concern for the health of the American President (re: potential suicide bombers). This was right after Obama announced the assassination of Bin Laden.

The Secret Service flew down from Washington to have a nice long 'chat' with him. They didn't even wait for his parents to be present for it.

Facebook posts from adults familiar with the use of firearms are probably worth much more of their attention.

(Although my reading of the comment is that they expect/hope Team Obama will screw up the US so badly it all collapses. Then they can run around shooting everyone they feel like, Mad Max style. Not even an implied threat on the president himself. Still utterly deplorable though.)

Wow, April's plan reminds me of a guy named Charles Manson ... her plan is exactly like this Helter Skelter testimony:
http://law2.umkc.edu/faculty/projects/ftrials/manson/mansontestimony-w.html

Forward this to the United States Secret Service. They are charged with the protection of the POTUS.

DO NOT SEND BY EMAIL call directly
http://www.secretservice.gov/field_offices.shtml

I would think any of the field offices would do.