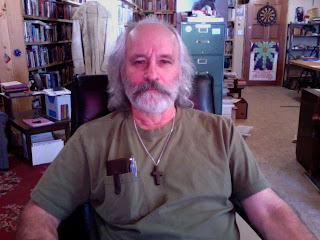 We've started to follow the strange case of Arthur Topham. A complaint against him and his website, "Radical Press" is currently working it's way through the CHRC and CHRT. On Sunday we published part of his "Statement of Particulars." Today we received a partial copy of the complainant's response by B'nai Brith (we've added some hyperlinks ourselves):

This is our reply to Mr. Arthur Topham's response to our Statement of Particulars of March 2009.

Before framing the substance of our response, it bears mentioning at this stage of the proceedings, that to date, nearly all of the communications and correspondences received from Mr. Topham continue to include multiple forms of vituperative racist expression, and not just directed towards Jews, Israelis or the complainants in this action, either.

We must protest Mr. Topham's disgraceful insults, taunts and verbal abuse targeting both Ms. Lafontant and Mr. Poulin for the fact that English is not their first language.

(Page 8)
“...B’nai Brith Canada, an offshoot of B’nai Brith International which itself is a further offshoot of Rothschild-funded Illuminati/Freemasonry secret societies, is one of Zionism’s principle organizations in Canada being used to foster this lie and use it for their own highly suspect purposes, none of which are of benefit to an open and free and democratic nation such as Canada purports to be. ....”

(Page 9)
“... Harry Abrams and his co-complainant Anita Bromberg represent a foreign Zionist-Jew lobby group whose primary purpose is surveillance of Canada’s media in order to stifle and censor any and all negative criticism of Israeli foreign and domestic policies, thus permitting the ongoing program of Zionist infiltration of Canada’s democratic government institutions including its judiciary and lending an apparent illusion of tacit support to federal government efforts to support the racist state of Israel, the slaughter of innocence in Gaza and the illegal war in Afghanistan.
f) Section 13 is a ... “Zionist-Jew Trojan Horse”, designed to destroy the very foundation upon which Canada’s legal system has functioned in relative, democratic fashion since this nation was first founded....

(Page 11)
“...The organization known as B’nai Brith Canada is a false front organization controlled by B’nai Brith International headquartered in the foreign state of Israel which is a proven subversive organization controlled by Zionist Jews and operating under the guise of a fraternal society and an advocacy group. It has proven connections to the International terrorist organization MOSSAD as well as to its American arm of B’nai Brith International known as the Anti-Defamation League (ADL). The ADL is also linked to Crime Syndicates throughout the USA and is a proven Terrorist organization also ran out of Israel for the purpose of slandering and silencing critics of Israeli foreign and domestic policies which are, at their basis, proven to be racist, apartheid and supremacist in nature....”

Mr. Topham's above assertions are wildly, maliciously incorrect and have no basis in reality.

B'nai Brith Canada is its own independent institution for over 100 years. Canada's oldest and largest Jewish service organization is headquartered in Toronto, elects its board of Governors from among Canadian citizens, and does not operate secretly or upon the orders of another government. B'nai Brith Canada is supported by thousands of members, raises its own funds to maintain a foundation; and its laudable community efforts include sports programs, seniors' housing, disaster relief and the printing and circulation of a national newspaper. Advocacy of and for the Jewish Community and international affairs including Israel advocacy are components of what the overall organization is engaged in. As citizen participants in a parliamentary democracy, Canadian Jews are constitutionally and ethically entitled to organize ourselves in this way, just as many other ethnic or religious-based organizations do.

This evolving complaint is principally concerned with selected articles and items posted to Mr. Topham's radicalpress.com that we feel are extremely likely to incite hatred and contempt against Jews and citizens of Israel.

In order to facilitate and expedite the proceedings and not spend needless hearing time re-arguing hateful themes for which there are already ample precedent, we wish to remind the Tribunal of the Claude Pensa interim decision of May 25, 1998 in Citron V. Zundel


“...That the dignity of the complainants and the proceedings should not be diminished by allowing the Respondent to prove or test the truth of inherently offensive comments...”


And we specifically ask that judicial notice be taken of the following:
1http://en.wikipedia.org/wiki/Zionism