The Continued Collapse of the Proud Boys: A Brief Look At Gavin McInnes, Tim Kelly, and Matt Linder

It has been a pretty lousy fortnight for the Proud Boys.

While the beginning of the collapse goes back to October which has resulted in a number of arrests, it really picked up steam two weeks after the FBI designated the Proud Boys as an extremist group with ties to white nationalists. As a result Gavin McInnes, the racist antisemite who founded the Proud Boys, quit the violent gang he created though the Canadian expat won't be able to avoid the consequences. For example, McInnes' travel options might be more limited than they once were:

In the meantime there has been somewhat of a power struggle. Austin "Augustus Sol Invictus"Gillespie (who appears to have dropped the Mid-Atlantic accent shtick) claimed leadership though this turned out to be short lived. This is probably for the best since leading a violent hate group would probably get in the way of his goat-blood drinking.

Next to assume leadership was Texas-based lawyer, Stormfront member, and all around violent nutbar Jason Lee Van Dyke. Van Dyke is a lawyer for the gang who himself has faced legal difficulties recently when he was arrested for lying to the police. His leadership lasted a few days before he also stepped down:

Now the gang is being run by a "council of elder", because of course they are. This also turned into a bit of a fiasco because while they tried to redact the names of said elders, they failed spectacularly:

The name Timothy Kelly should be familiar to readers as I do think it is the Tim "the braying jackass" Kelly who has been featured on this blog: 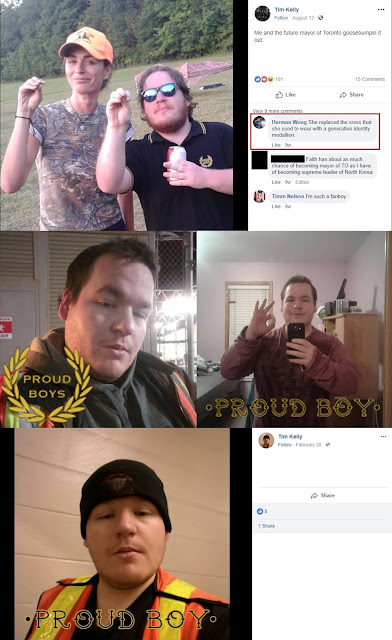 In fact Kelly was referred to as an elder in March 2018: 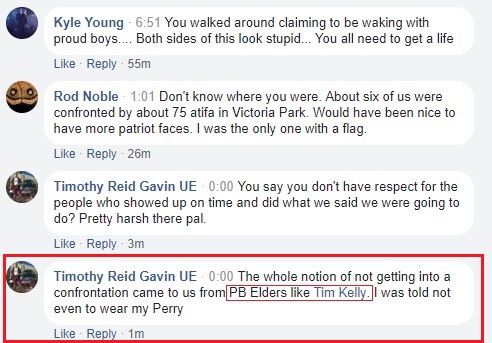 Personally, I don't see the slovenly human slug Tim Kelly as being much of a leader of men. Hell, I'd genuinely be surprised if he made his own bed.

Now between the gang assault in New York in October and a little over a week before the declaration of the Proud Boys as an extremist group, someone this blog has been keeping an eye on was initiated into the second degree: 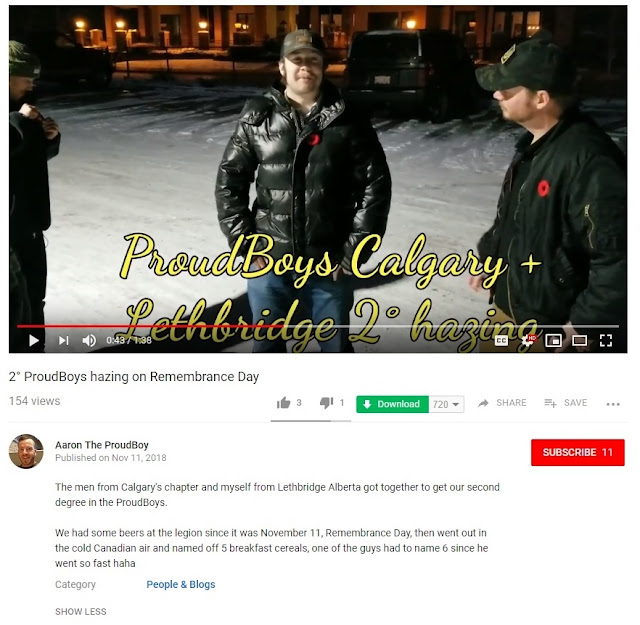 Matt Linder was profiled on the blog as a result of his involvement in campus conservative politics.... 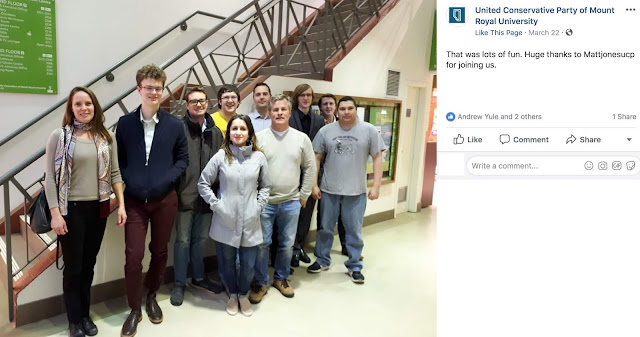 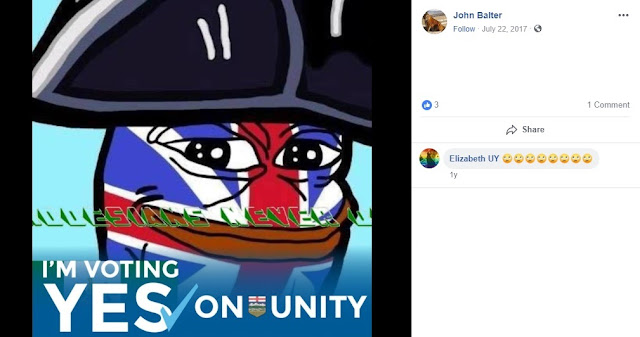 ....as well as his association with people likes of Connor Langdon, Jake Findell, and Adam Strashok who became well known as an antisemite who glorified the former apartheid state of Rhodesia and who worked on Jason Kenney's UCP leadership campaign which sort of makes this post by Linder rather interesting: 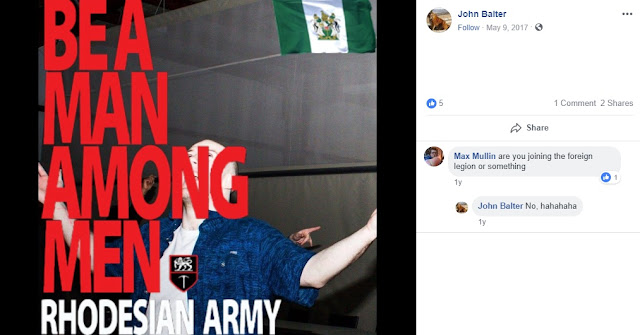 Here Linder is at the Worldwide Coalition Against Islam event in Calgary from June 2017: 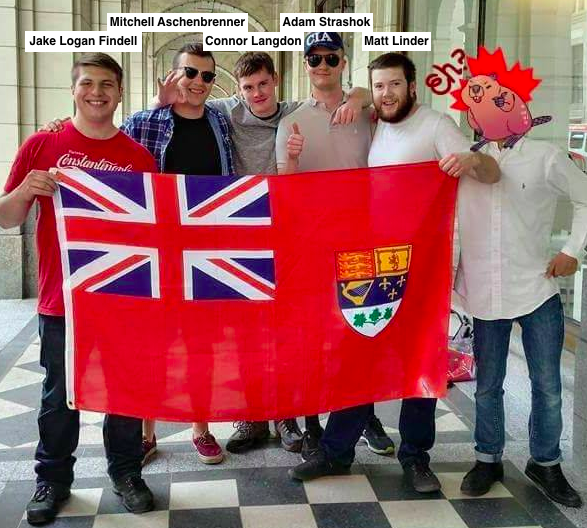 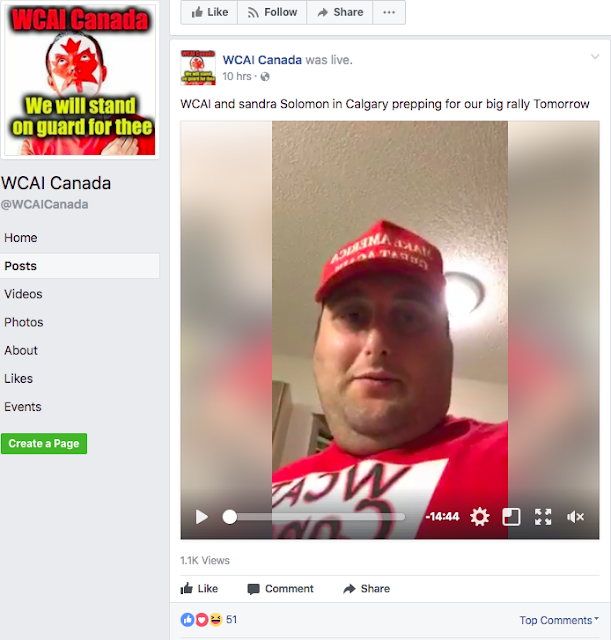 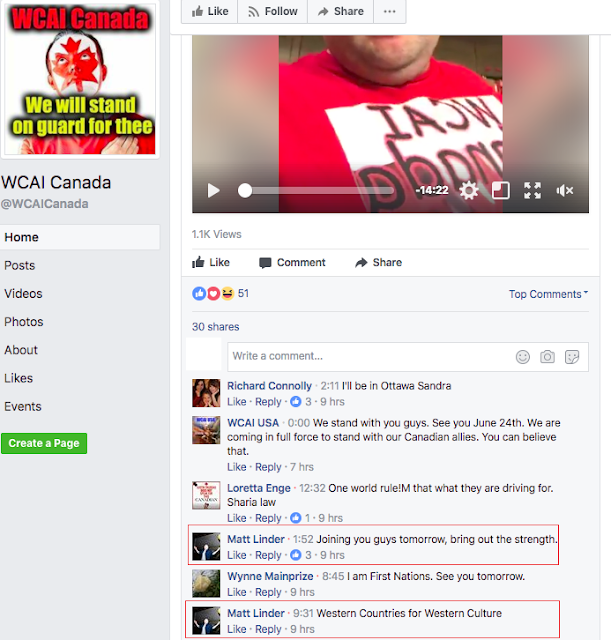 And her Linder is hanging out with UCP MLA Mike Ellis, lobster fetishist Jordan Peterson, and leader of the Conservative Party of Canada: 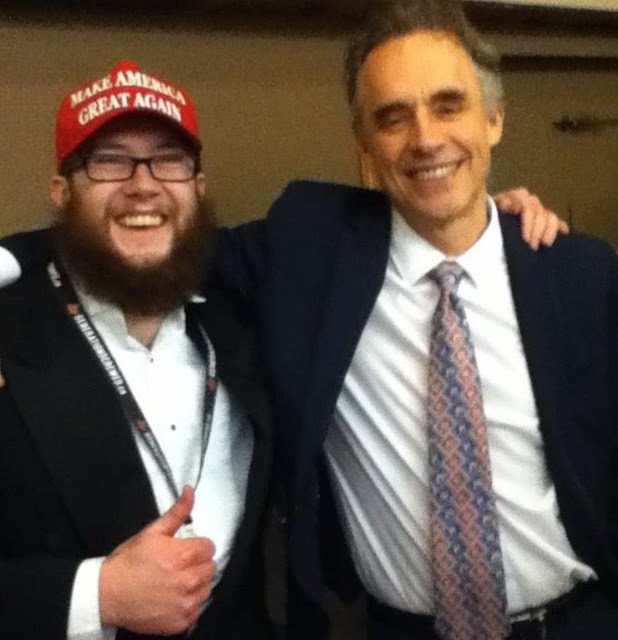 Just a reminder before I continue that Linder is, as of the publication of this blog entry, going by another name on Facebook: 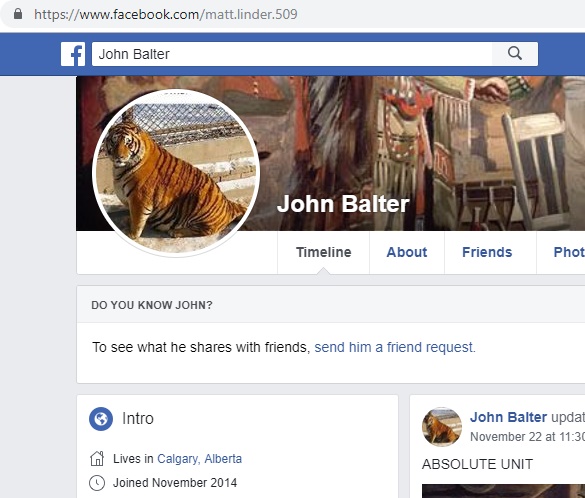 Back to the point, I suppose I shouldn't be surprised that a person who attended an Islamophobic rally organized by a hate group, attended by other hate groups, and guarded by a militia (which is also a hate group) also has a thing for the Proud Boys: 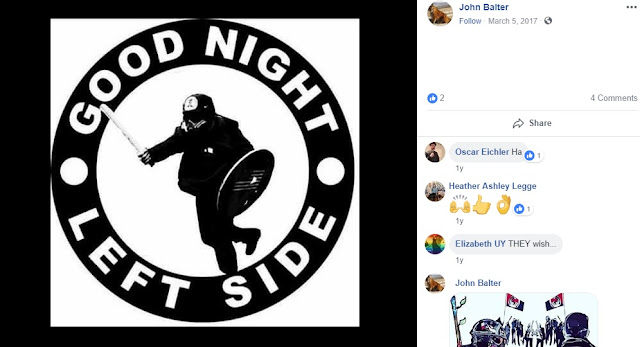 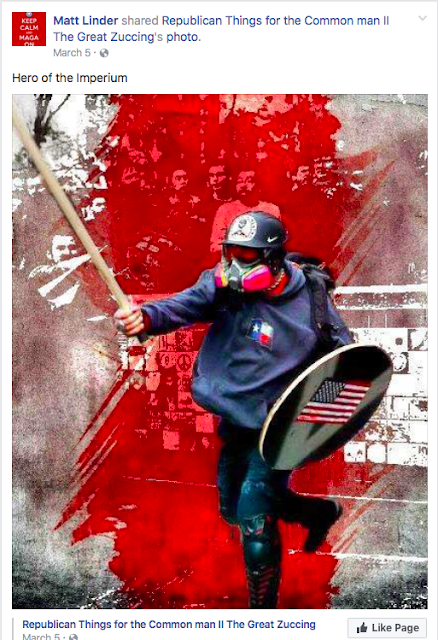 That said, I can't say that I was overly impressed by their initiation ceremony:


Those who commented didn't seem impressed either: 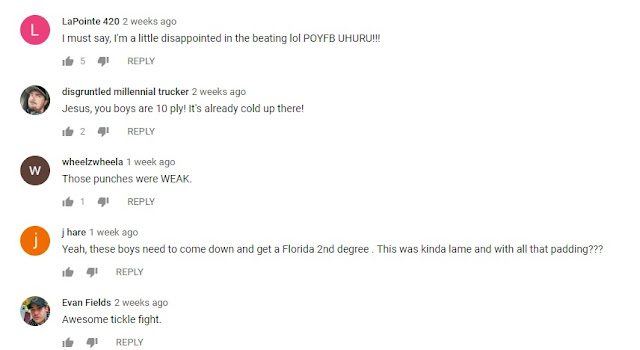 I'll just end this by thanking the person who sent me the image of Linder with Andy Scheer. Much appreciated.
Posted by Nosferatu200 at 01:16