You know, it has been a while since ARC has written about the "Nazi Mom" (aka: "Aryanprincess1488") who lost her kids after she and her then husband attended an Aryan Guard rally back in 2008. For years ARC referred to Dara Graham as "Nazi Mom" but as she seems to have advertised that it was she who lost her children, well, who am I to deny her the notoriety? 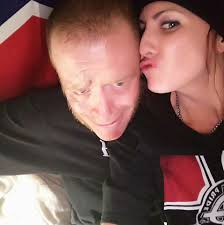 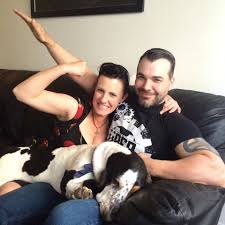 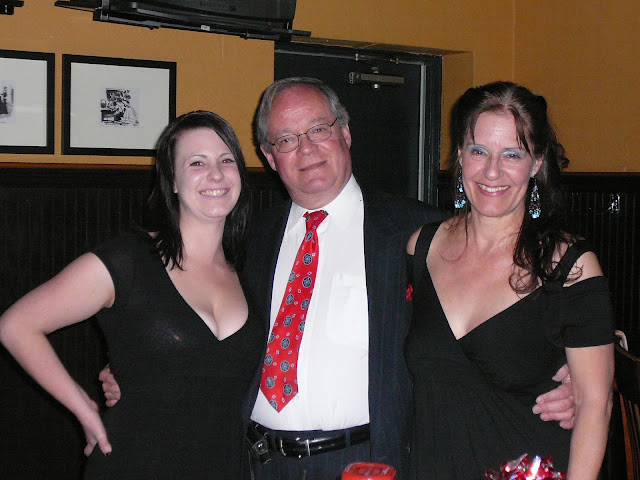 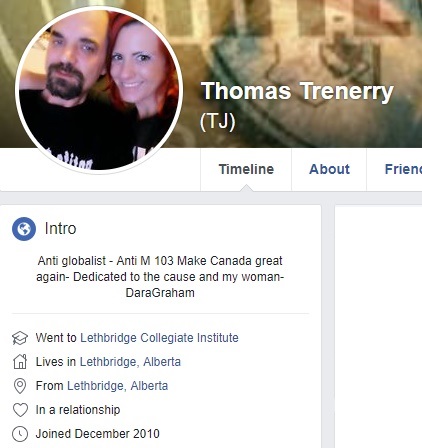 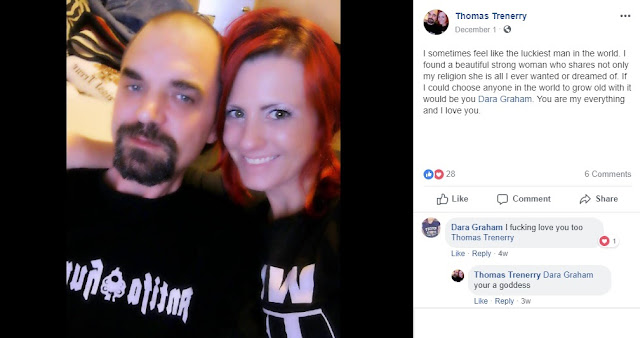 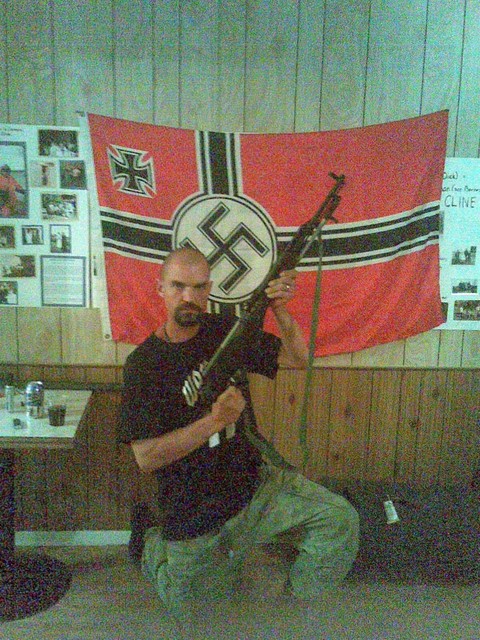 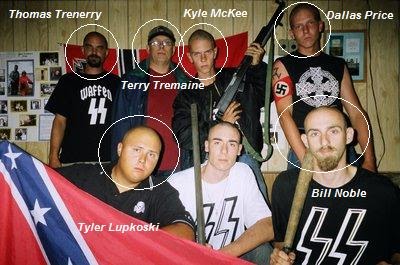 It would appear that Mr. Trenerry and Ms. Graham, formerly members of and associated with the Aryan Guard respectively, have found a new movement to welcome them: 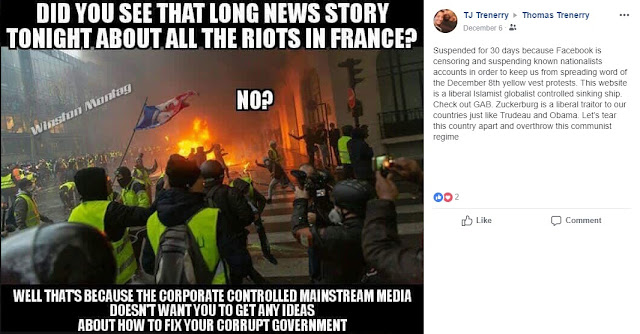 I know. Shocking that virulent racists who have been affiliated with one of the more violent neo-Nazi movements in Canada of the past 20 years (assaults, attempted murders, murders, arson, etc) would be attracted to the reactionary Canadian Yellow Vest movement: 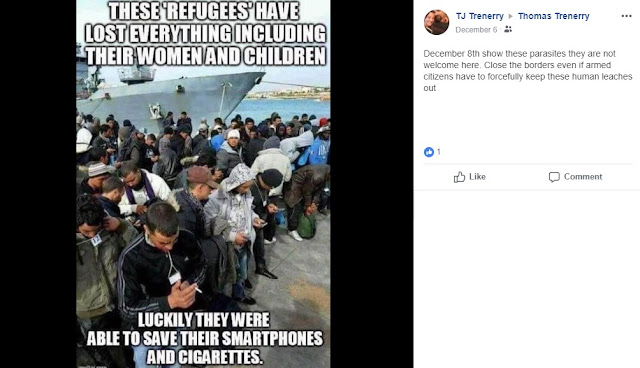 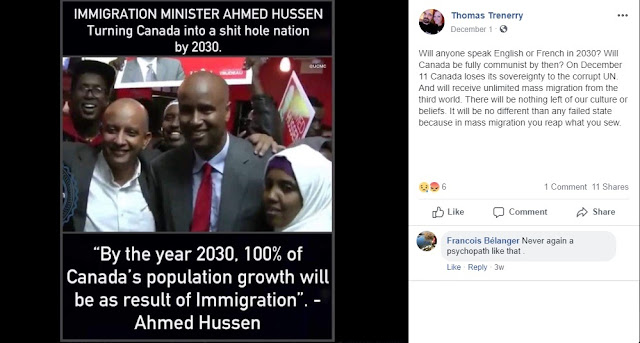 On Saturday, both Graham and Trenerry attended the Yellow Vest protest in Trenerry's home town of Lethbridge. It went about how one would expect:

Trenerry has associated himself with the III% militia and has made incendiary comments advocating the assassination of the prime minister on the III% Alberta page: 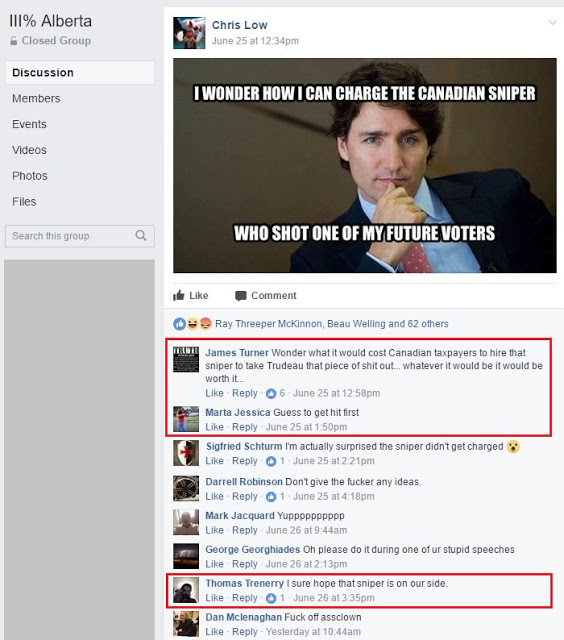 Trenerry iss also Facebook friends with Tyson Hunt of the formerly named Soldiers of Odin, now re-branded as the Wolves of Odin, who has participated in reactionary Yellow Vest events in Edmonton: 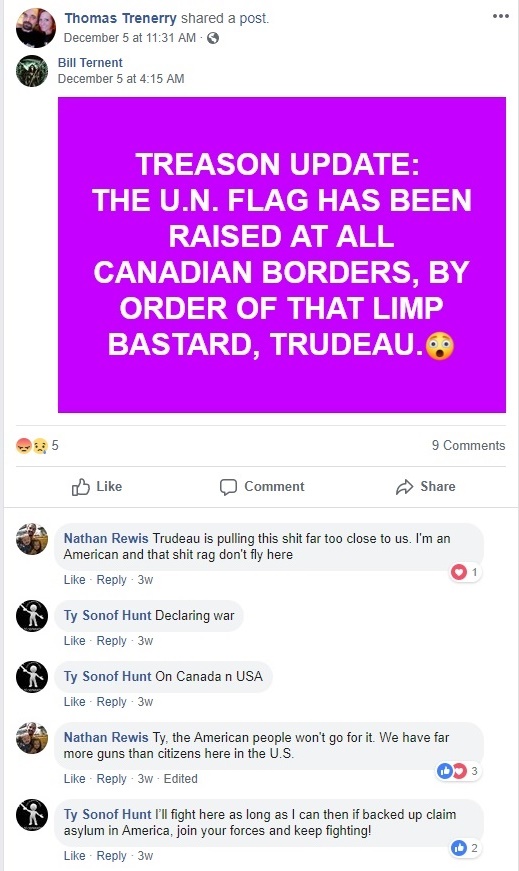 Interestingly, neither Graham not Trenerry are even the first former Aryan Guard members who have joined the reactionary Yellow Vest movement as evidenced by John Marleau's involvement.

Yeah.... what's that about the Yellow Vesters not being extremists?

I leave you all with one last screen shot because it made me laugh: 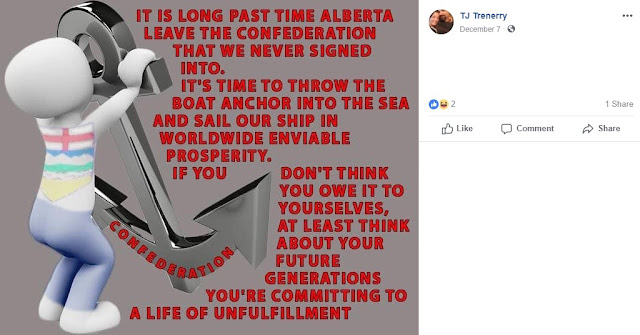 Lot of maritime talk for a "country" that would be landlocked.

Also, in the least surprising bit of information.... 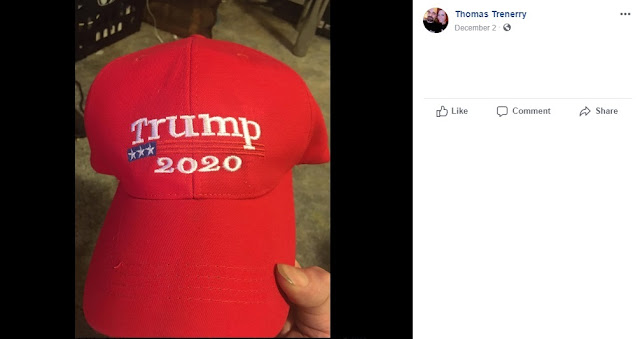 FYI, the left got Dara fired from her job this weekend. Check out Slaughterhouse Anarchists on FB for updated.

That woman is quite the piece of rough trade,not aging well.

that woman is nothing but a junkie,use to sell her self for drugs on craigslist.smokes crake,rip people off.lies and by the way she is not at all for the right just an act, would someone from the right sleep around with other race of people as she has? no! she is nothing but a scam and a rat..as for her boyfriend piff. mr white power with a race mixed baby ha ha ha wow so white of them both.but not. can wait until the cops pick her up,she is wanted in many citys.lets hope she gets whats coming to her in jail.if you ask me both dara and tom are nothing but 2 junkies.one big happy family all in all fake right winger's and a.r.c has nothing better to do...and oh yes, i have seen the emails betewwen dara and the a.r.c as well...she for gets to close her emails when drunk or fucked up on drugs as always...nothing new,,,the reason why she had her kids taken away.was not do to what people think,no, was do to drinking and drugs thats why she had her kids removed...and funny she has still no contact with her som ian...her girl dose not care at all for dar...no one dose.well no one real that is.her and tom are nothing but fake.

^^^ oh look, seems The Goudreau has slithered up from it's pit to comment on a rival to the "shitcunt of the decade(s)" title.You gonna "confiscate his colours" like you impotently threatened to do to SOO, you emaciated little weasel?