Full disclosure. I was among those who were contacted by the CBC to provide some of the background for this story as well as sharing some of the screen shots that have I've amassed, including some that have not yet been published. Mack Lamoureux of "Vice" should also be given credit for being perhaps the first journalist in Canada to cover the III% movement in detail close to a year ago:

Though brief, the story does a good job of showing that despite their claims the III% militia are the paranoid, Islamophobic, bigots this blog has proven them to be.

The Threepers also saw the news story and, well, they weren't happy that they were characterized by their own word and through their complaints and impotent threats pretty much prove every claim made about them in the story: 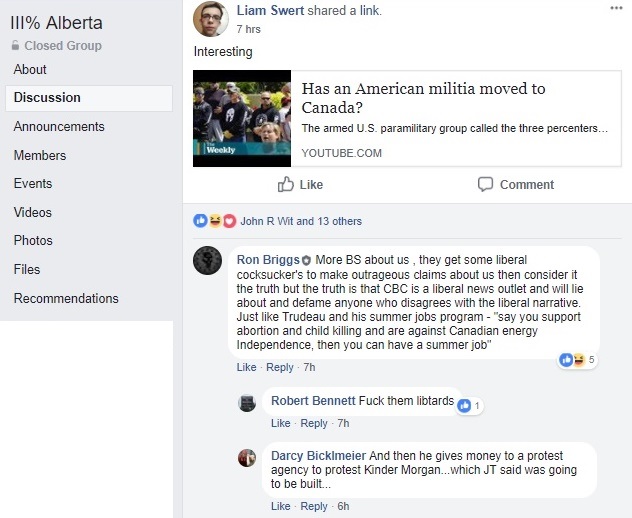 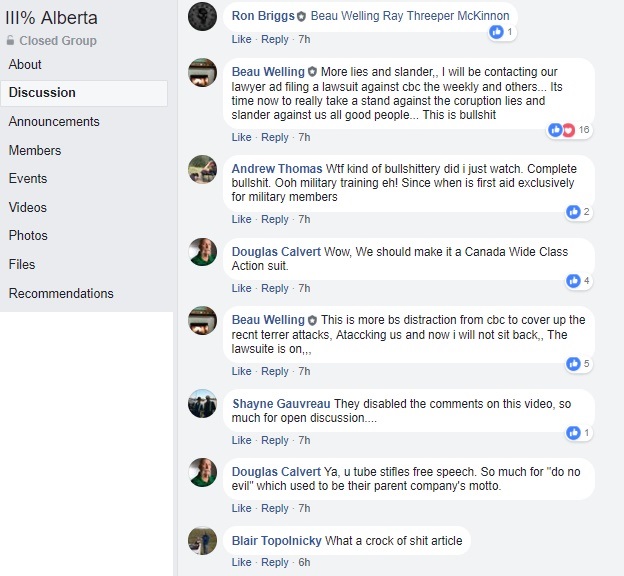 I really enjoy Beau Welling's reaction. First, both Douglas Calvert and in a later comment Beau himself, speak about the importance of "freedom of speech" but then Beau claims that he will sue because he doesn't like what is being said about his racist militia.

Second, he claims that the CBC is focusing on them to distract Canadians from the "real story" about the van attack that occurred in Toronto last week. He and other Threepers are continuing to push a quickly debunked narrative on the fringe right that the man who murdered 10 people was a member of ISIS and has blamed Trudeau directly. These are some of the relevant screen shots: 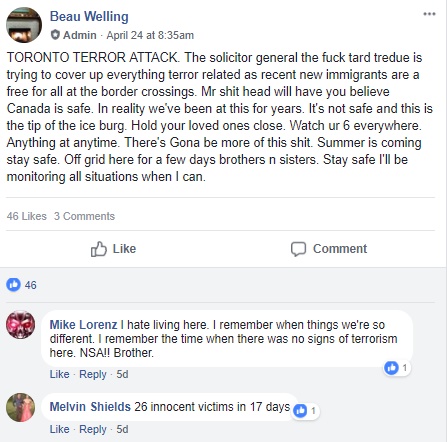 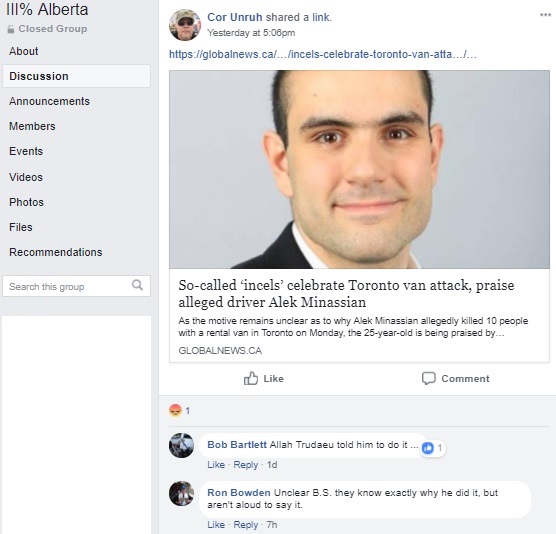 This alone confirms much of what the CBC story stated concerning the Threepers.


Getting back to the crying and gnashing of teeth regarding the CBC coverage, one of the members attacks the credibility of one of the experts interviewed because in the past he was a "skinhead."

This will prove to be ironic later on: 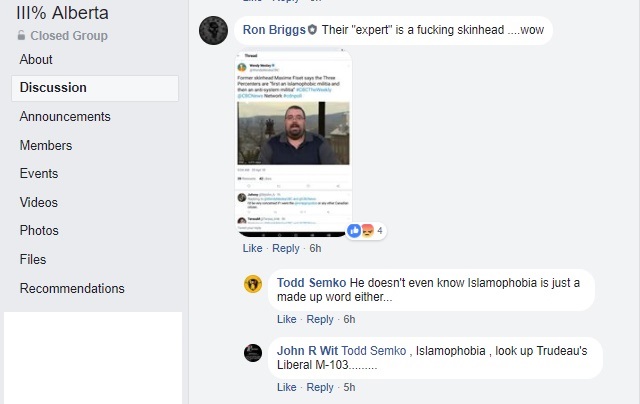 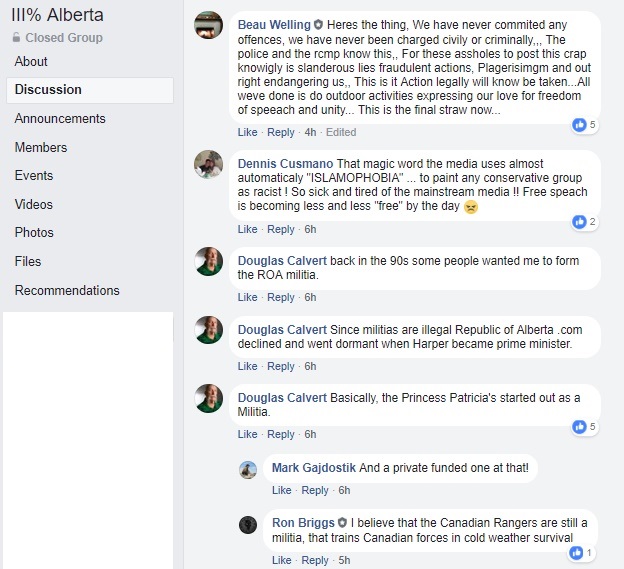 Okay, how is it slander when you are directly quoted? And how is it plagiarism when the person who posted the information is sourced.

Beau Welling, in addition to not being able to spell words, doesn't know the meaning of words.

He is also a liar.

When contacted by the a CBC reporter regarding the following post he made elsewhere, Welling conveniently claims that his Facebook profile, "had been hacked":

He also said this to the reporter:

So, was Welling also "hacked" when he posted this on the III% Alberta page?

The story also discussed one other screen shot found on a III% Facebook group:

I can't help thinking how similar these screen shots above are to these more recent ones: 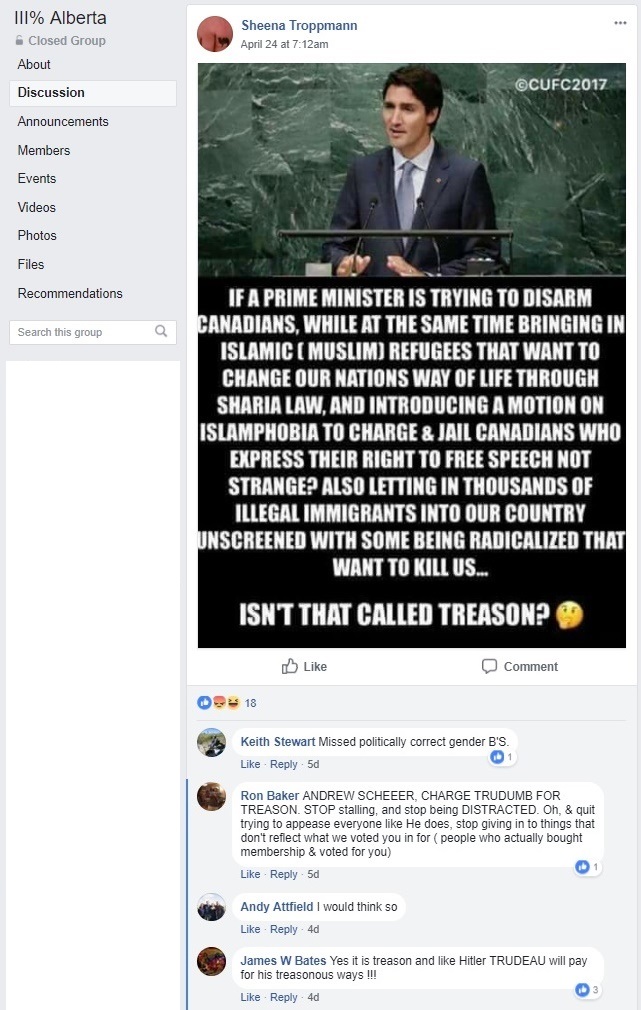 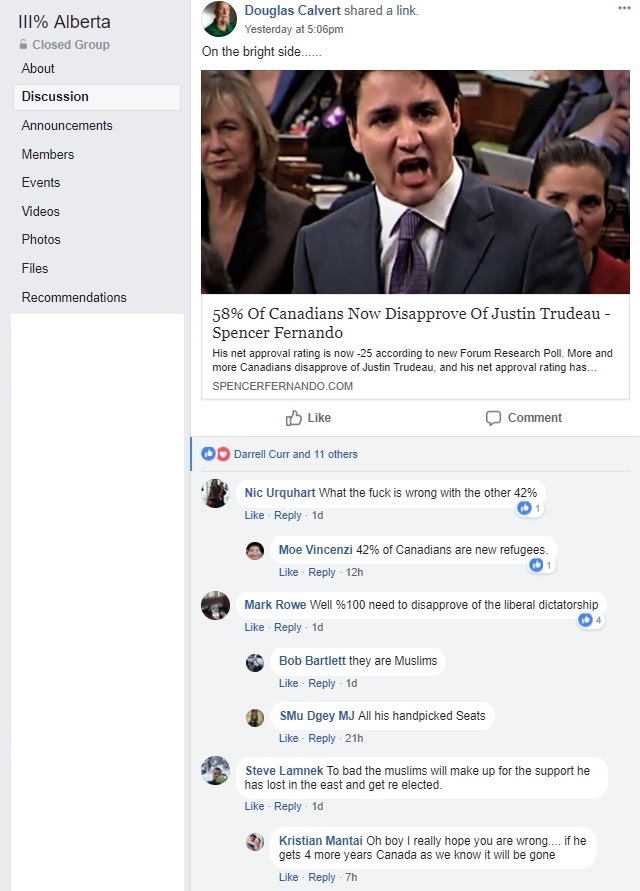 Really, there are so many threads that one could choose from. These aren't even the best of the lot.

Finally, remember how I wrote that the criticism of the expert interviewed because of his past extremism would prove ironic? 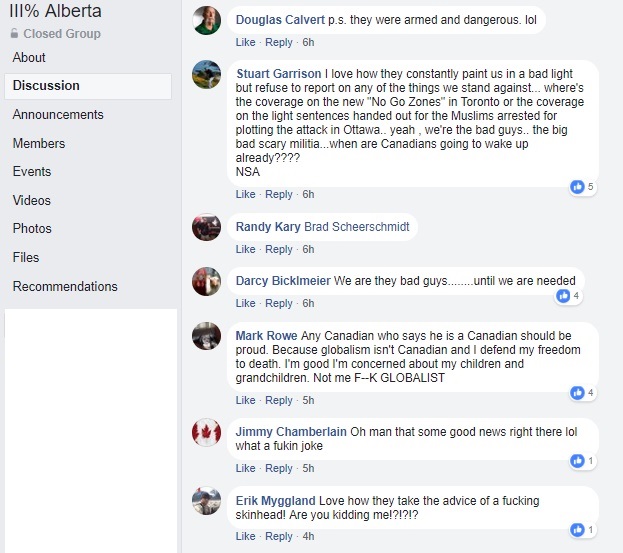 Yeah, Thomas Trenerry. He claims to be an "ex skinhead" now, but considering his social media activity one has to question his honesty as well, particularly when these are still found on his profile: 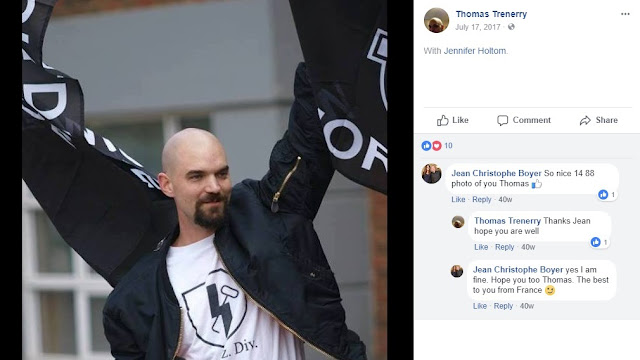 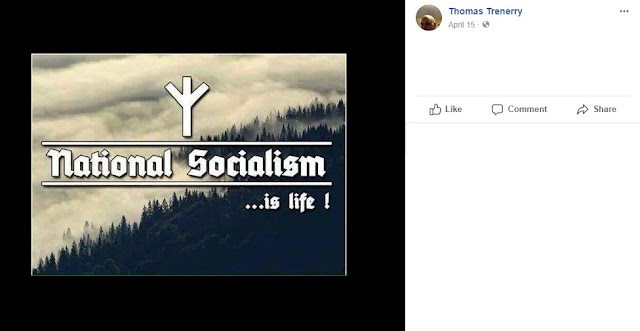 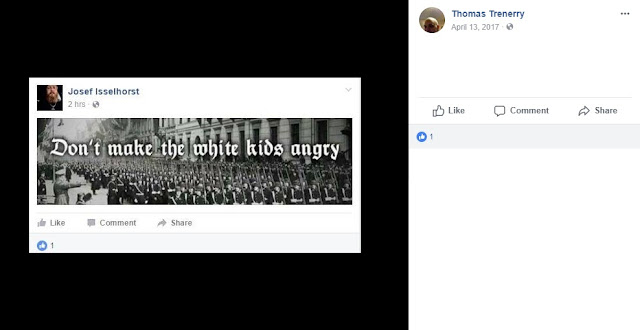 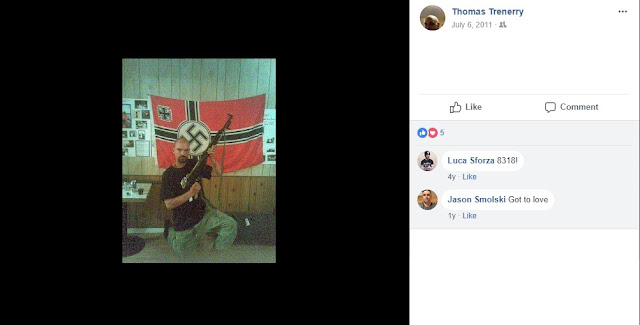 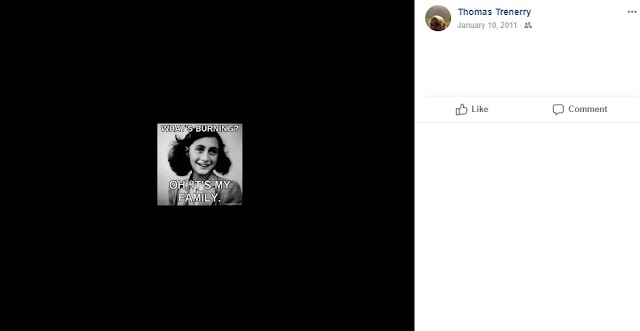 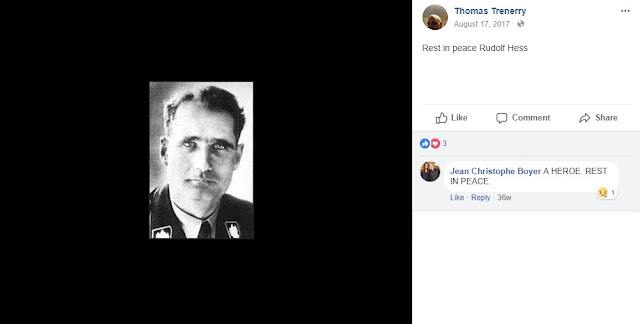 So yeah Beau. You go ahead and sue the CBC. I'm sure that will go really, really, well for you.

Keep in mind though that in this country, the person who loses a law suit is usually on the hook for the other party's legal expenses.

99% of these groups are nothing but a bunch of keyboard warriors. All talk but no action.

Beau Welling (Robert) take legal action? No chance, he is all mouth, all run at the mouth. Once a lawyer checks up on Beau's business dealings they will drop him like a hot potato knowing they too wont get paid! Check out his trucking business!!

The "politics of fear and division" .free speech so long as you agree with them. I'm a 4th generation Albertan. We are not a republic, we are a province of Canada. Where human rights are protected by a national charter. Why are the despot, in search of an excuse for their own failures, trying to convince us that we are all going to be under Sharia Law .we have legal protections against such things. As much as these folks feel entitled to speak out, they can do so because of the very policy they condemn. I find it amusing that most of these folks aren't native Albertans. Much like those politicians from Ontario that pledge to be "Alberta Patriots" .I've hunted and fished my whole life, own a successful business and have prospered through old fashioned hard work. It's worthwhile to note that the funding new immigrants have access to are the same any Albertan has. It's called social assistance.

I'm a 4th generation Albertan. It's hilarious to see folks declare themselves "Patriots" when they are not even native Albertans. Much like Derek Fildebrant, who was born, raised, and educated in Ontario, these fringe groups have no place in our province. Alberta is not a republic. This is Canada. It's amusing to note that the free speech they feel entitled to is actually born of the same legislation they purport to the end of Canada as we know it . It's amusing that the very system that they say gives immigrants everything is called social assistance. The same services that hundreds if not thousands of people from Ontario used the moment they came running out west for jobs. Most BTW, we're Caucasian and not Muslim. Another fringe group that uses "patriotism" as a vehicle to justify bigoted views and blame anyone but themselves for their lot in life. Canadians are protected against such things as the implementation of Sharia Law. We have the Charter of Rights and Freedoms in this country. Which will prevent this from happening. Tolerance is not submission. Ignorance and poor business acumen are not a result of Islam. It's embarrassing to have these "Albertans" prance around in tactical gear, purporting to be standing up for Albertans. You're operating a gang of despots. Perhaps a retake of high school social studies will help them understand where they live.