"I For One Welcome Our New Redneck Overlords"

Okay I've sort of broken my promise not to schedule updates while I'm away, however I had to include at least one on this day since today the government of Canada will have resigned and replaced due to the efforts of a few angry white people holding up poorly spelled signs.

At least, I assume this has happened. I mean, Trev England has promised this would be the case: 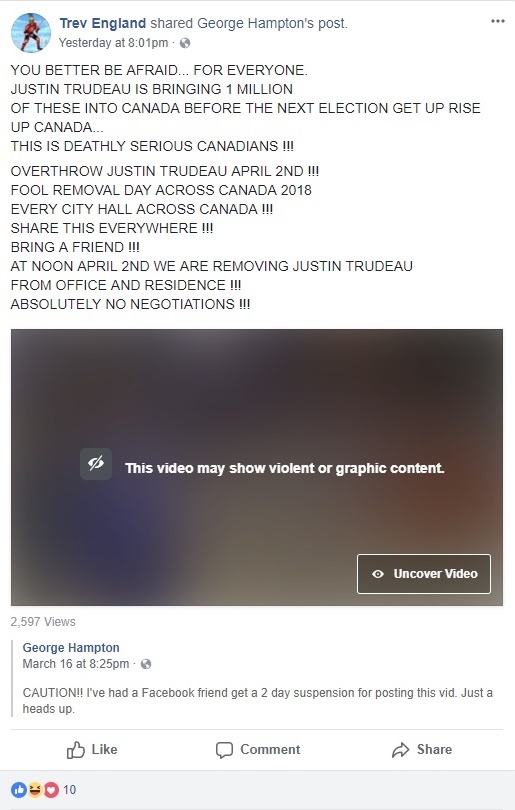 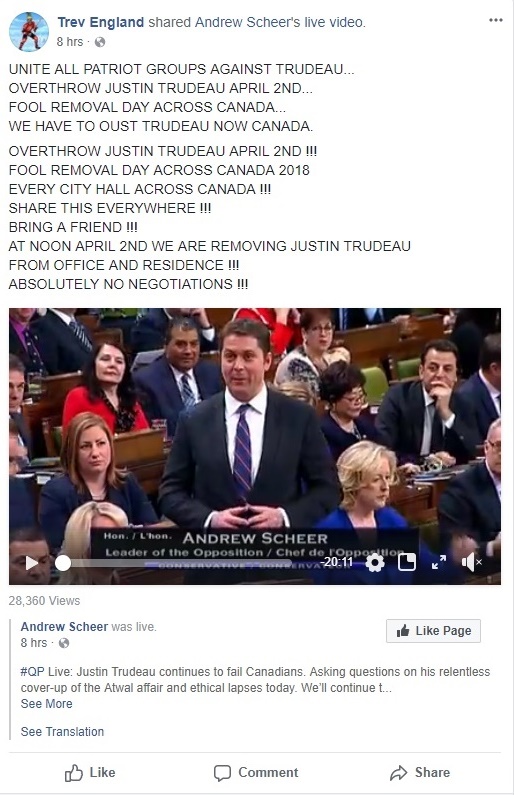 The screen shots above were all posted on March 27 and 28, but Trev has been posting the same messages for the better part of three months over and over and over again.... because that isn't at all unhinged.

He's also posted at least two videos on the subject on March 13 and 14:


Now one has to take Trev England's claims that he wants to peacefully overthrow the Canadian government and specifically remove Trudeau with a grain of salt since these were the messages that one could find on his Facebook profile not so long ago: 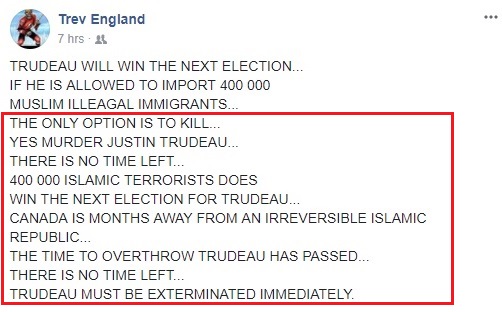 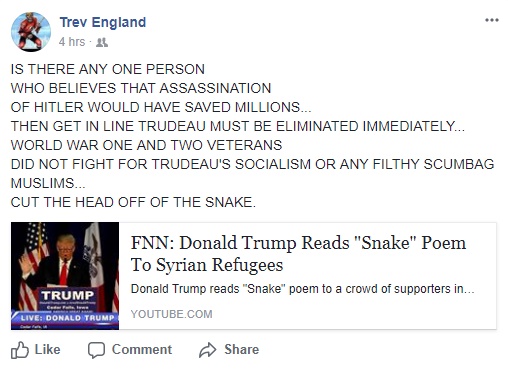 And when he and his friends refer to "old stock" Canadians, you probably won't be surprised to learn that he has a wee bit of animosity towards Canadians who are not his particular shade of pale: 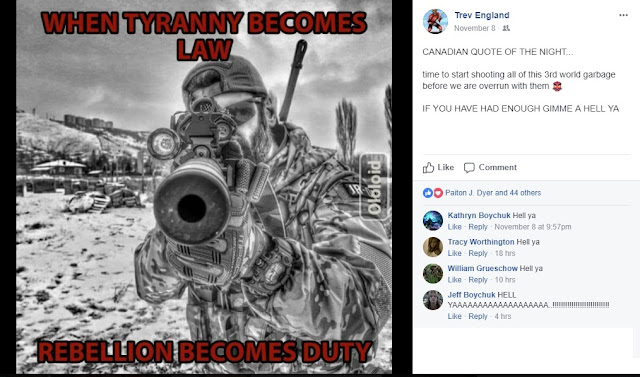 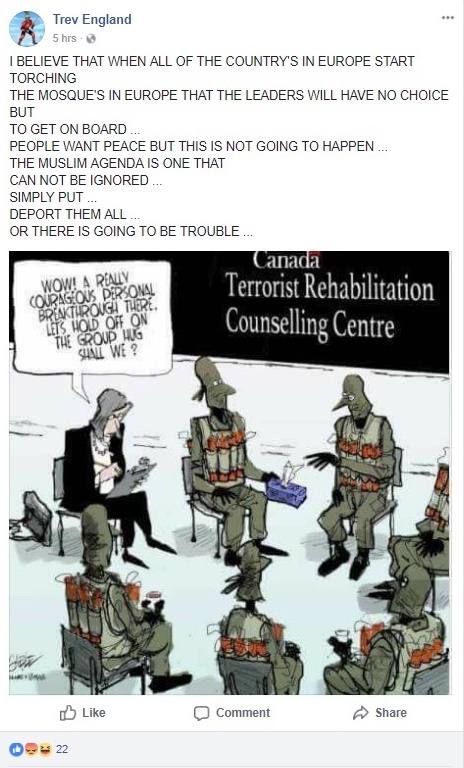 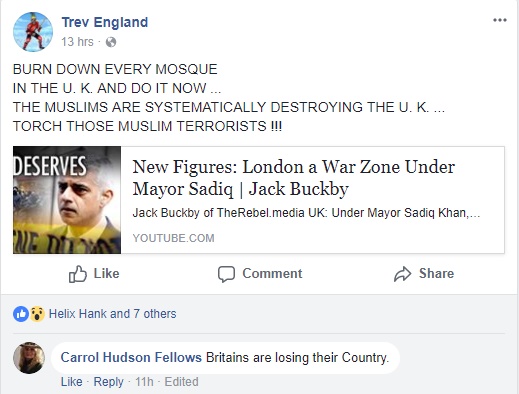 I have to ask, why has this guy NOT been arrested?

In any case, either the Canadian government has been removed and replaced by functionally illiterate and violent bigots or Trev England's efforts have been for naught.

I suspect the latter rather than the former to be the most likely.

As for me, I'm likely settling down with another yak butter tea right about now.
Posted by Nosferatu200 at 21:27

Why is an anarchist blog calling for people to be arrested, and criticizing rebellion?

Because I'm not an anarchist maybe?

Thanks for all the info you are providing. I am hoping the police are listening.