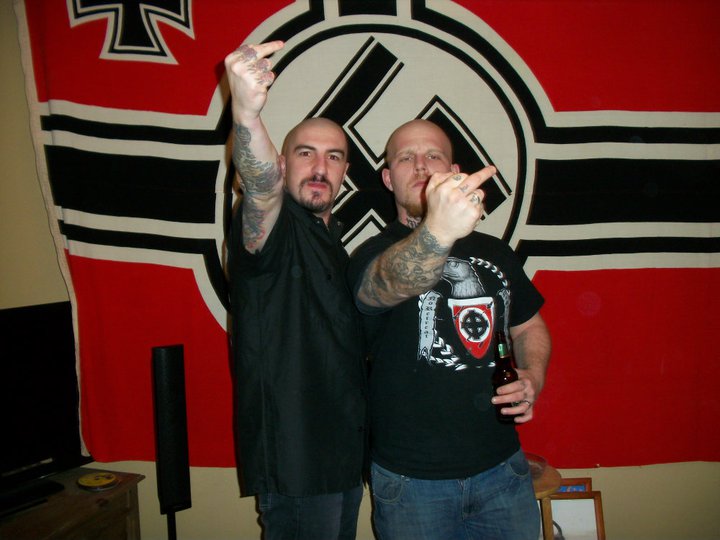 Boneheads in Quebec are, sadly, well represented in our timeline of racially-based violence that we published earlier in the month. One of those individuals, Steve Legault's (on the left in the photo above) name has once again come into focus as well as a few others who have fallen off our radar for a time but who have now caught our attention: 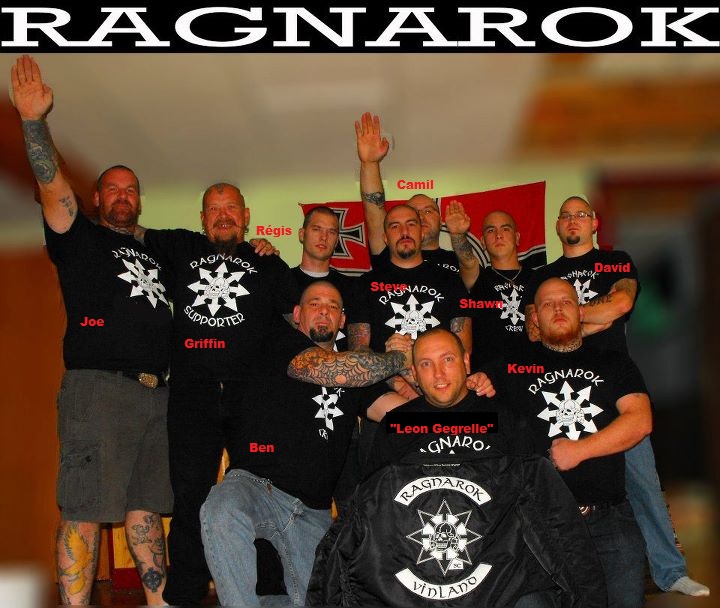 There's Steve, front and center and a member of a bonehead group going by the name, the Ragnarok Skinheads (fyi,"Leon" is René Lariviere lead singer of Vinland Warriors): 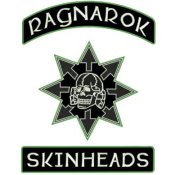 We always get a kick out of the melodramatic names these groups give themselves.

And so who are the Ragnarok Skinheads? While there are some who we don't yet know, we actually have managed to figure out more than a few of them in addition to Steve Lavalle: 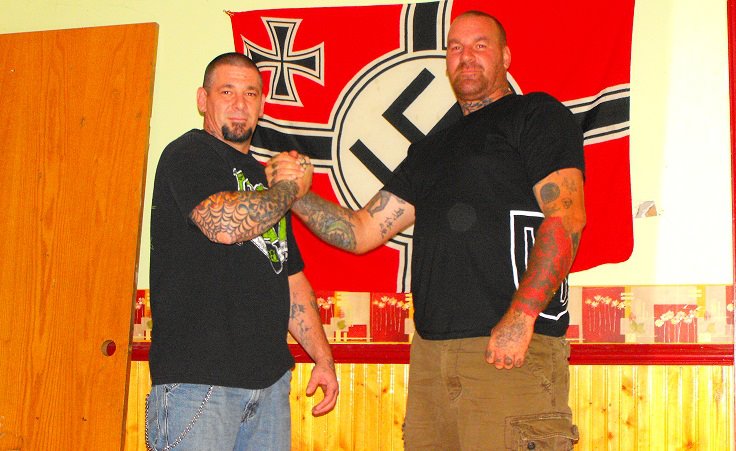 On the right is Joel Gauthier. Joel was over in Alberta only last December attending the Volksfront Alberta blot along with Paul Fromm, former Volksfront leader "O'neil bc", current leader Scott Sinclair, and others who's names we'll just keep to ourselves for the time being.

But buddy, compared to just a few years ago, you have really let yourself go: 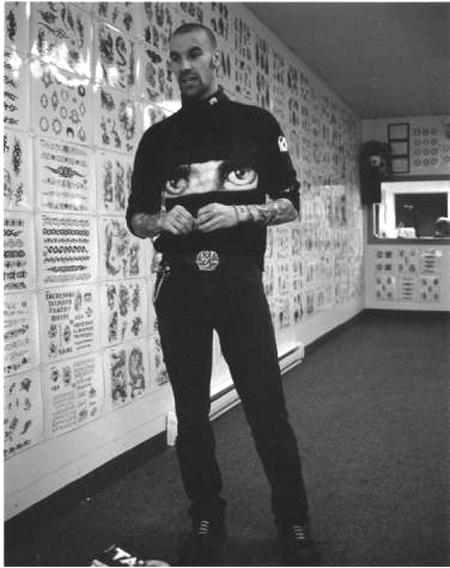 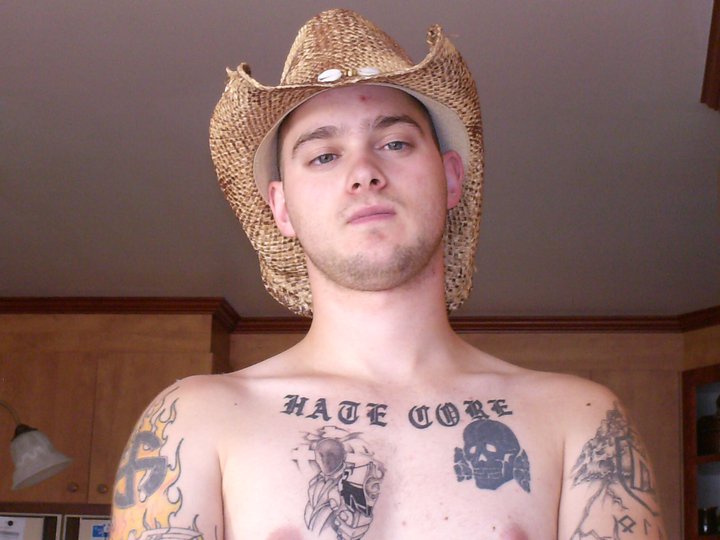 Someone who frequented the Blood & Honour forums back a few years ago, David Duhaime slunk off after being publicly humiliated on the forum by Tara Dribnenki. 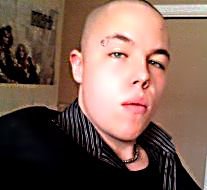 This, uhm, handsome fellow is pretty overt in his views:

Doesn't leave much for the imagination. 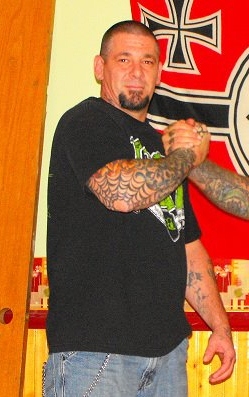 We lost track of him once he stopped posting on Stormfront, but looks like he's back on our radar.

Back in 2007, he was quite pleased to admit he was a white supremacist. We suspect not much has changed. 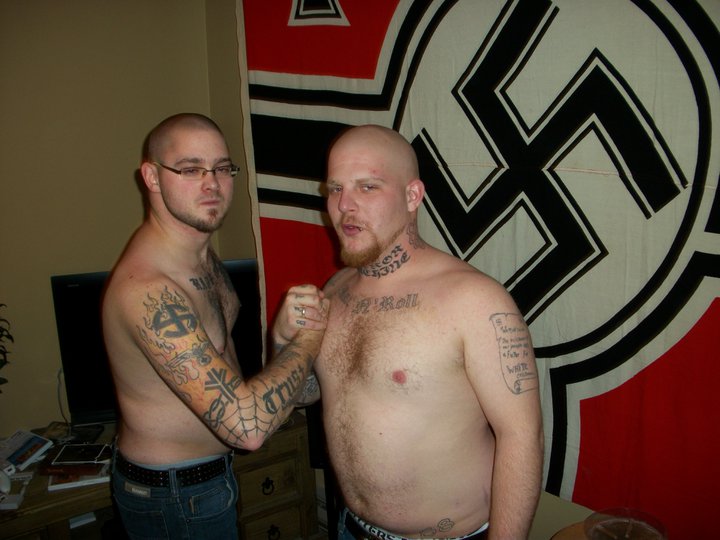 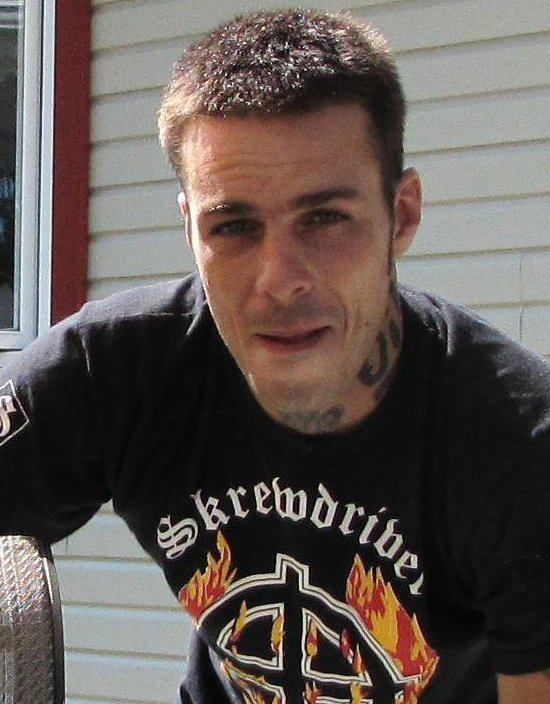 Like Joel, Nico here attended the Volksfront function in Calgary back in December 2010.

We once mentioned that our Quebec intel was poor. It still is, but it is certainly better.
Posted by Nosferatu200 at 20:42

Theres alot of shirtless touching going on... And holding of the hands.
All I can hear is "good job brother, good job brother" and some hand shaking.

Seems to have a lot of friends if his only company is a bottle of beer :)

Now watch these boneheads whine about showing up on ARC!

Stealing abbreviations from other established not fake groups is lame..just saying..

Pictures and informations about nearly 30 members of Ragnarok boneheads