The head of the English-Canada chapter of the CDN Wolfpack (better known as La Meute, a hate group which has seen better days) Bryan Trottier follows ARC on Twitter.

He's also wants to make it clear that he is absolutely NOT a bad guy: 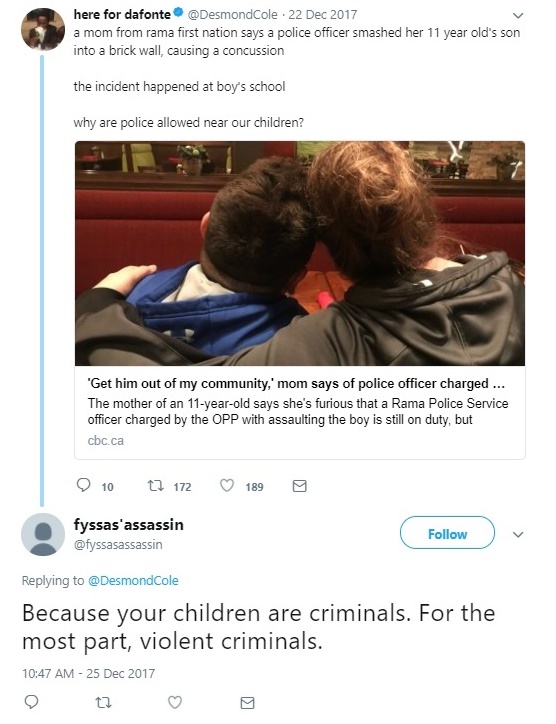 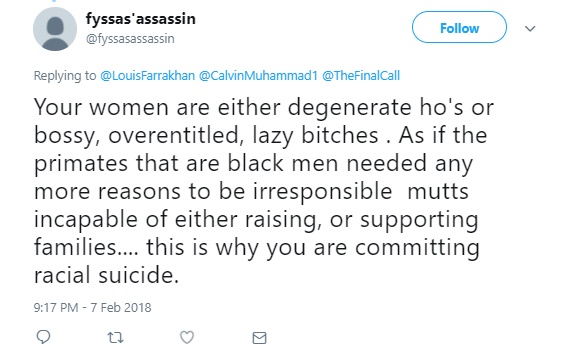 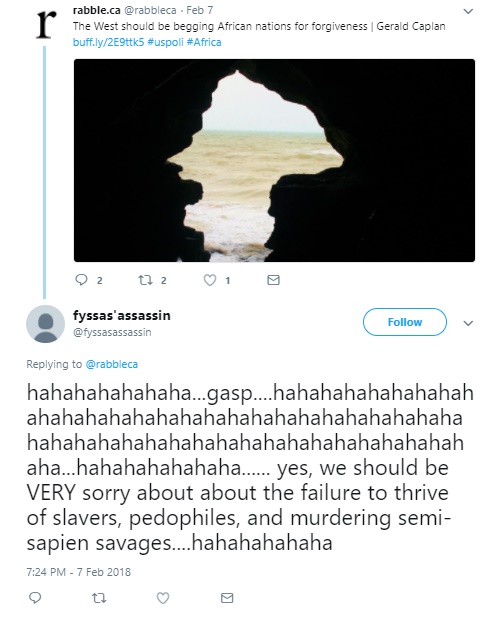 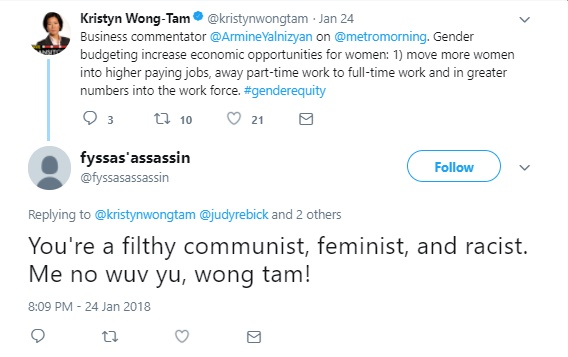 And then there are those misogynistic comments (other than those that were also racist of course): 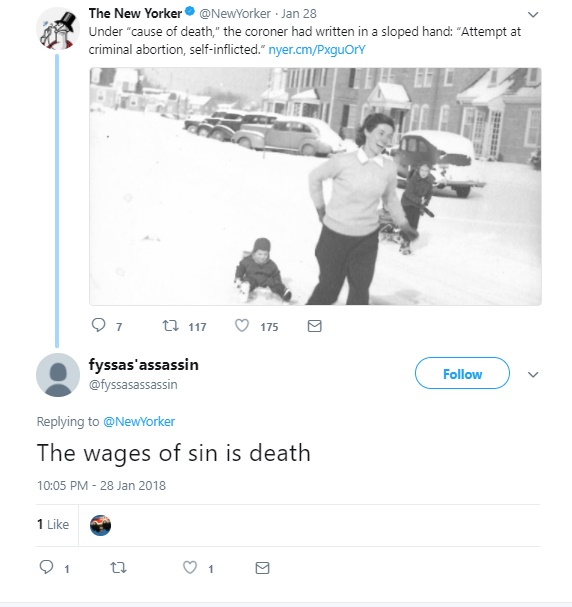 And the posts rejoicing in the deaths of other humans, particularly Muslims.... 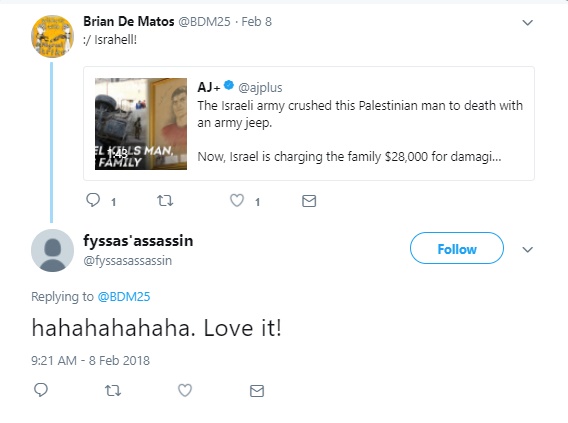 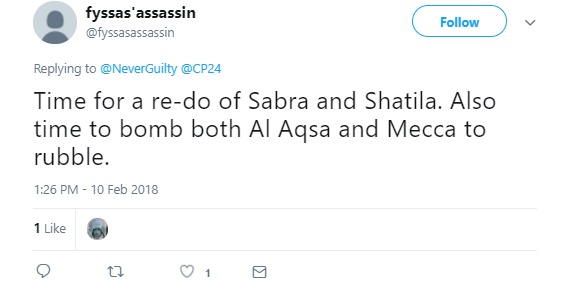 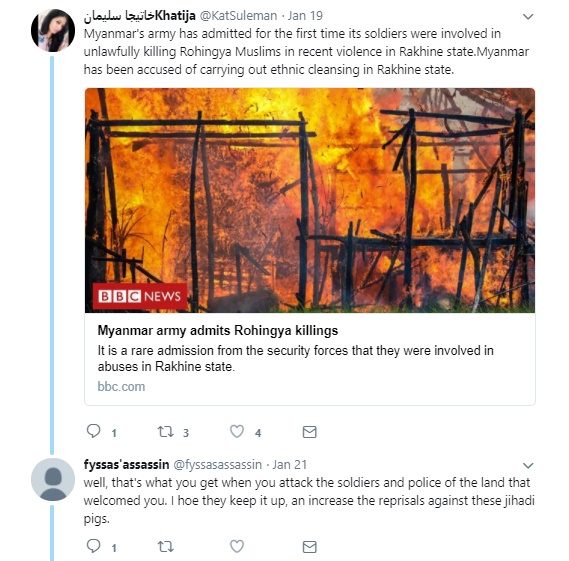 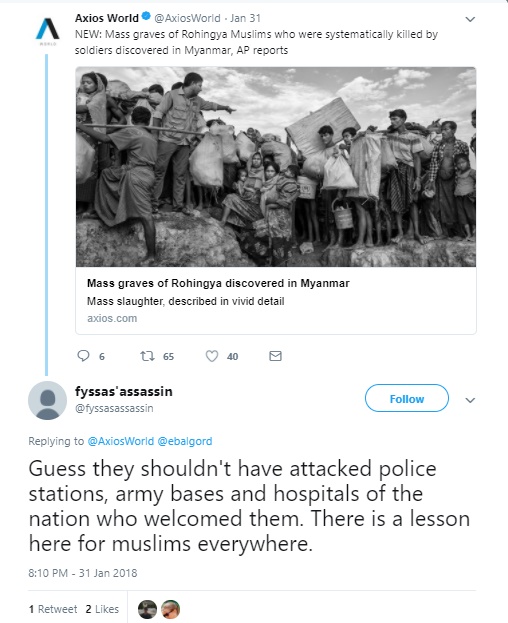 .... or WISHING death for those who peacefully protest the unjust, though sadly not unexpected (Saskatchewan), death of another human being: 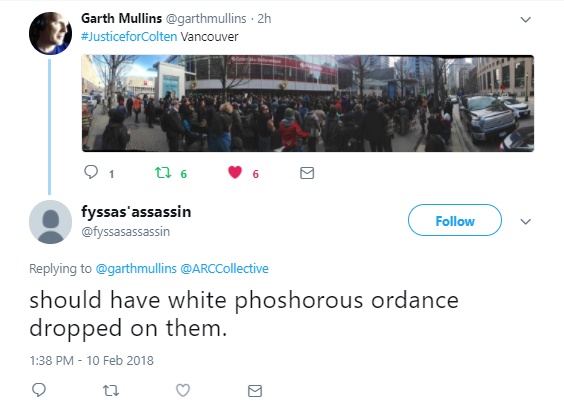 Hey, and remember how groups like La Meute, Storm Alliance, the Northern Guard, III% militia, and other "patriot" groups complain about how the Canadian government isn't helping "real Canadian" who, for example, are homeless? Funny story that: 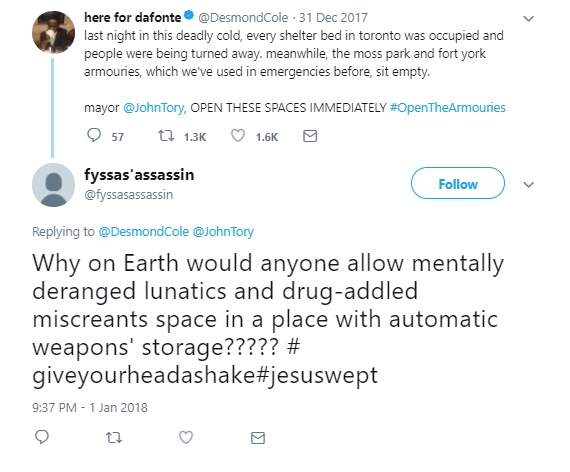 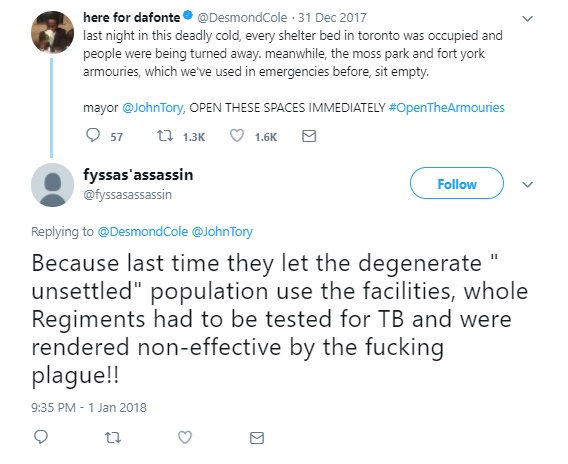 Other than that, Trottier and the CDN Wolfpack/La Meute are just wonderful people who have been horribly maligned by the likes of Justin Trudeau: 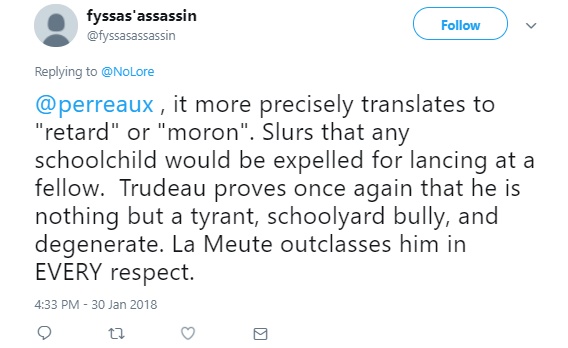 But all this brings me back to Trottier's preoccupation with ARC. You see he often comments on ARC's tweets and retweets. I usually ignore him because he is a bit redundant, however recently he commented on what he thinks is a low number of Twitter followers ARC possesses: 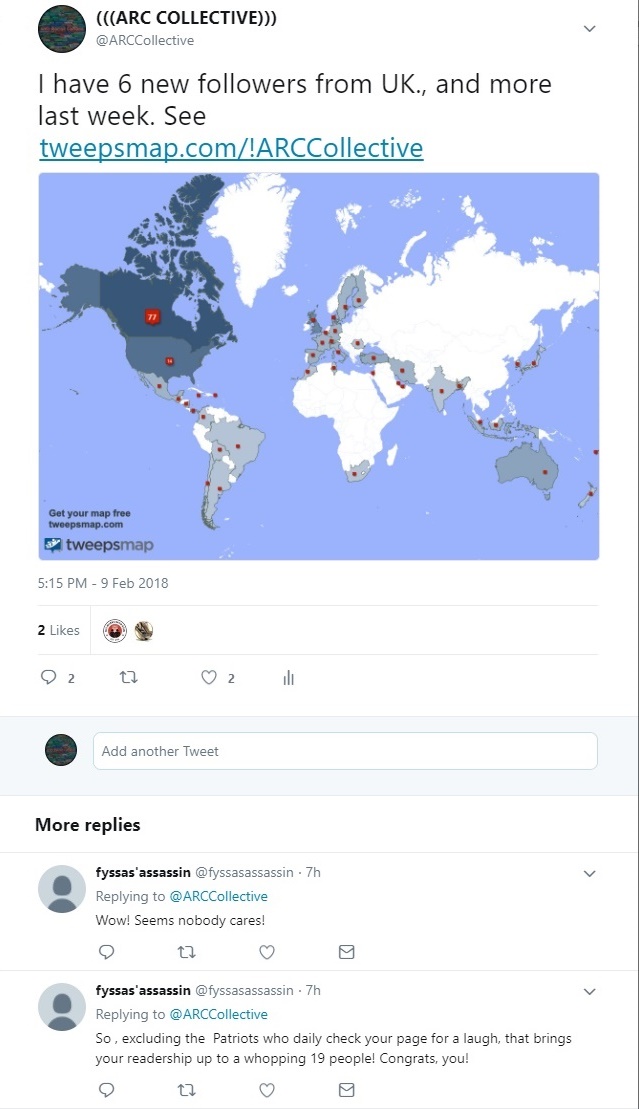 He used this to try to reassure his fellow travelers that being profiles on ARC actually isn't as bad as they might believe since apparently no one reads the blog:

There is a bit of a problem with Trottier's analysis though. 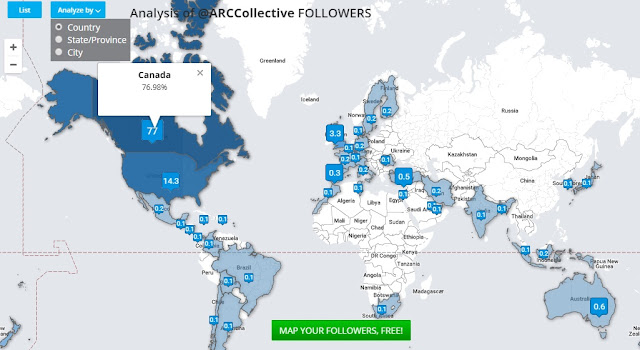 I've actually never been hung up on numbers, but I might suggest that Trottier might consider being more careful because otherwise he might make himself look foolish.... more so I mean.

But Trottier's bravado actually is a bit of a cover. It seems that ARC, rather than being an insignificant annoyance, actually freaks them the hell out: 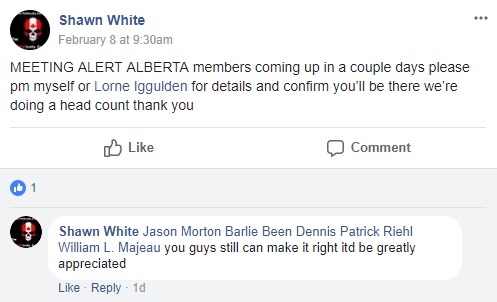 Today Alberta members of the CDN Wolfpack, and they are indeed a very small group, had a meeting. And first and foremost on their minds was keeping it's location a secret from ARC:

Gee, he threw both the WCAI AND the III% militia in Alberta under the bus as being "extreme groups" who he is concerned are forming sub-groups within the nascent Alberta CDN Wolfpack.

I mean, it is actually hard to argue with him about characterizing these two groups as being extreme when one sees post like this from the leader of the Alberta III% militia "Beau" Welling in response to a school yard fight:

Right. Moving on then.

This isn't the first time ARC has freaked the ever loving shit out of Trottier. There was also the time when ARC provided screen shots from their closed Facebook group. Trottier didn't like that one bit: 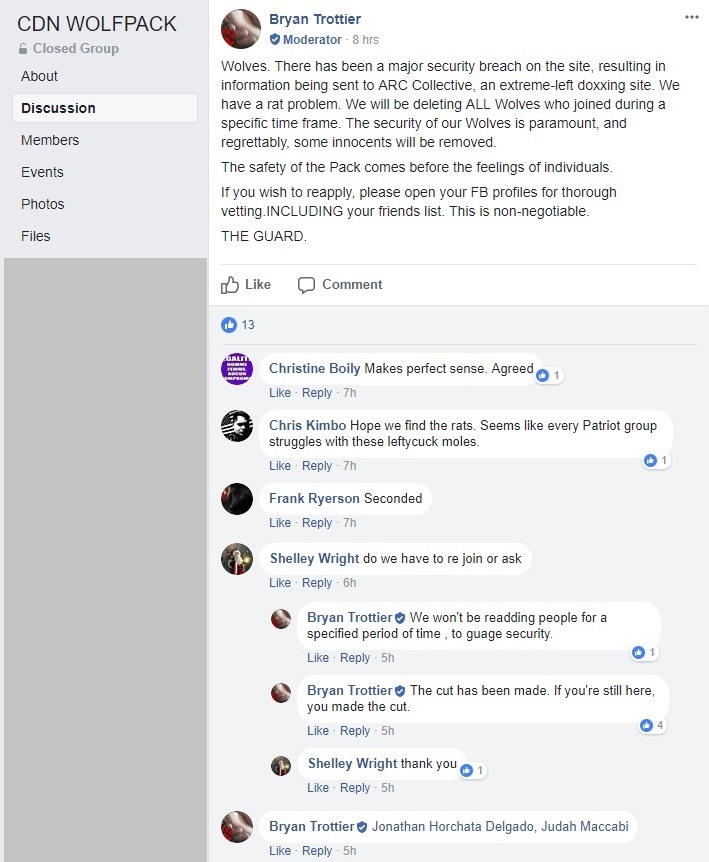 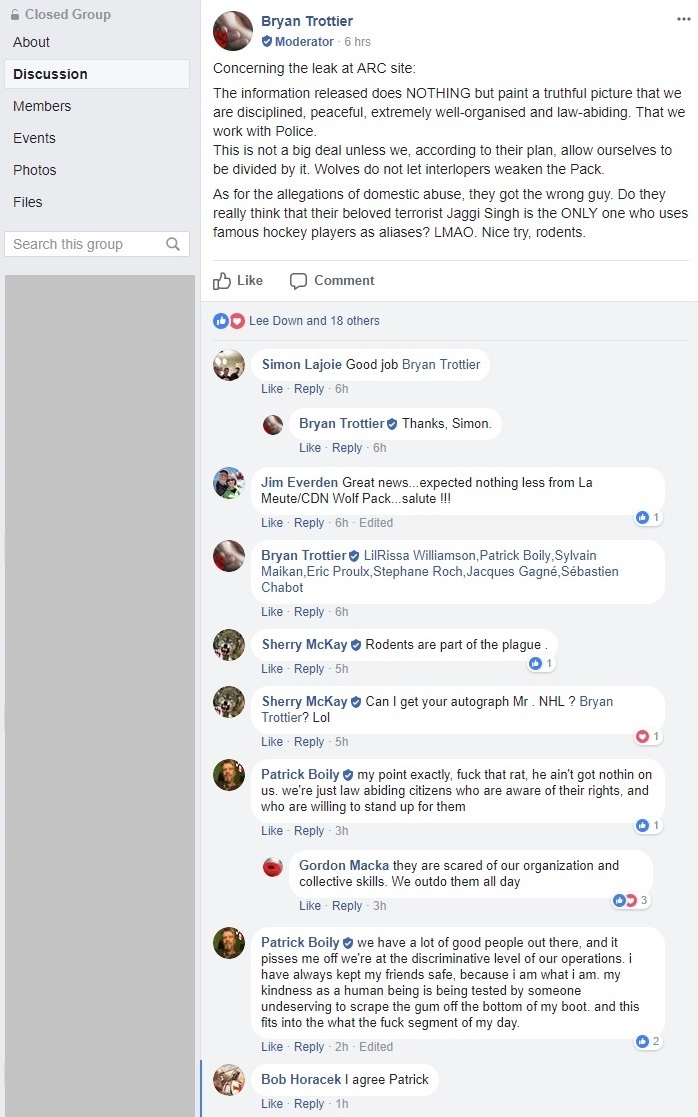 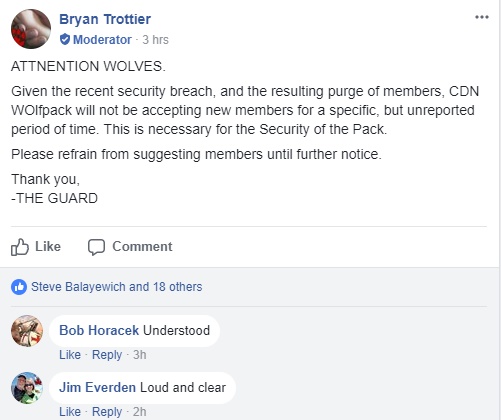 Fun fact. You just may have missed ARC in your purge.

It seems that Trottier and his supporters are concerned about the reach of ARC despite his otherwise public claims.

Good. You should be.