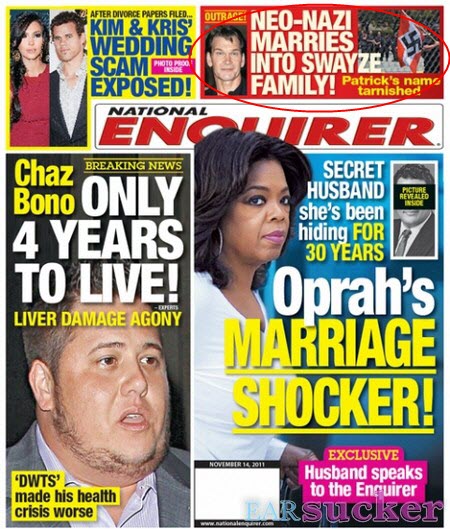 So welcome "National Enquirer" readers (and now "Daily Mail" readers), though you aren't helping the impression that some have that we're a sensationalistic tabloid ourselves.

Our friends at OPP covered this story some time ago and followed it up with this one here.We had been following this for some time as well. One of our fake Facebook profiles was friends with Danielle Swayze (Patrick Swayze's niece) and Josh Steever so we were able to get a few pictures ourselves: 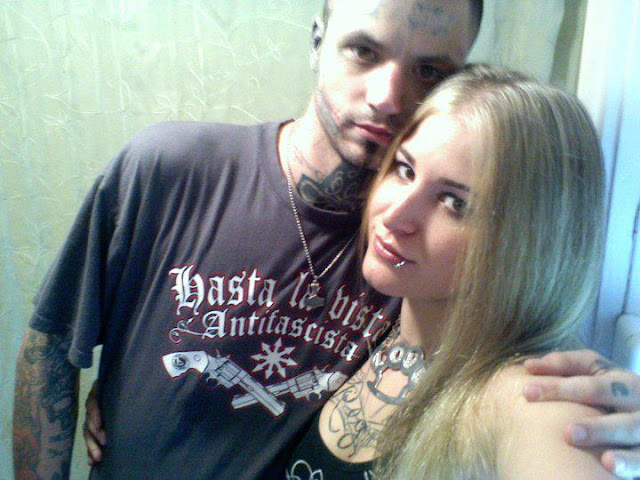 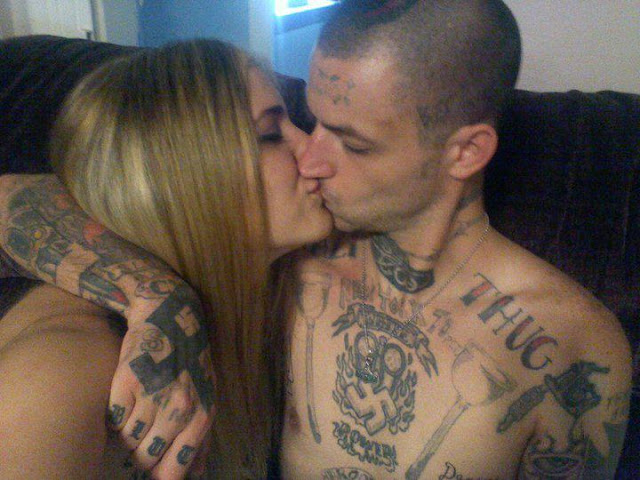 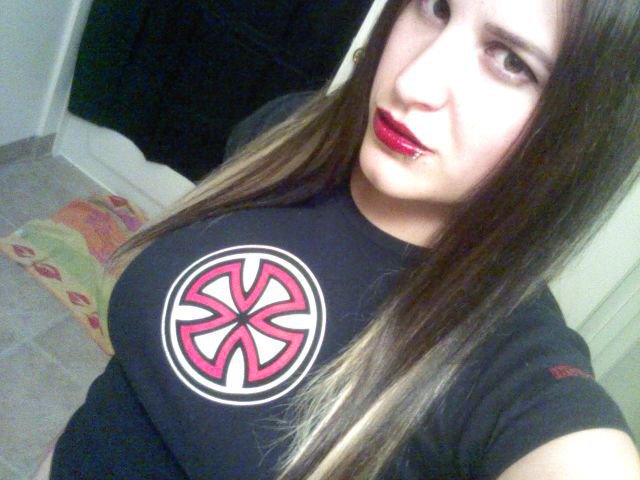 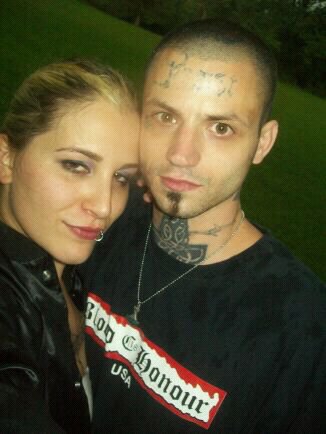 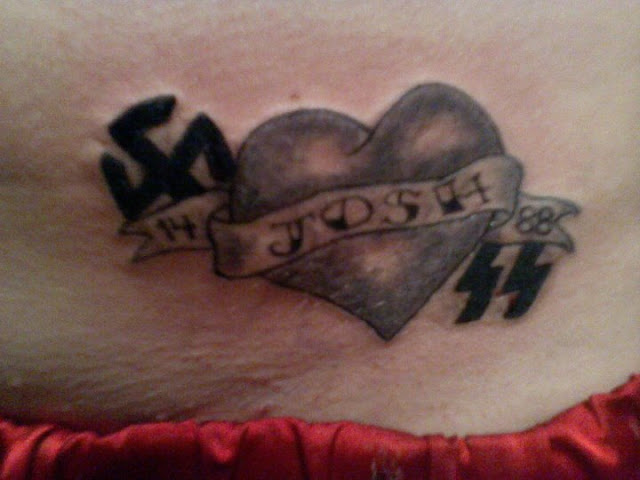 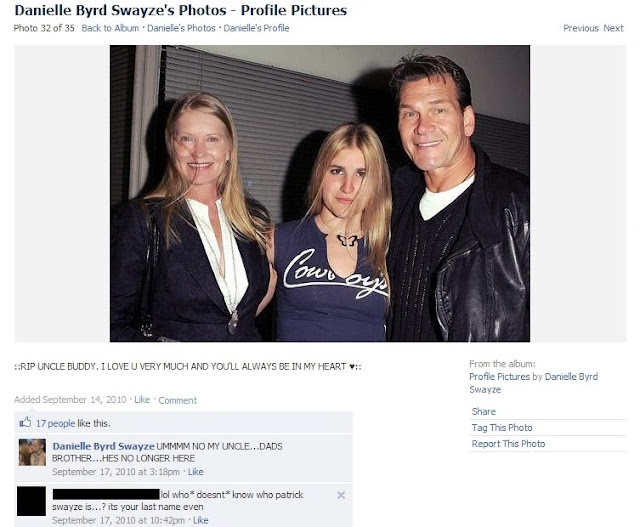 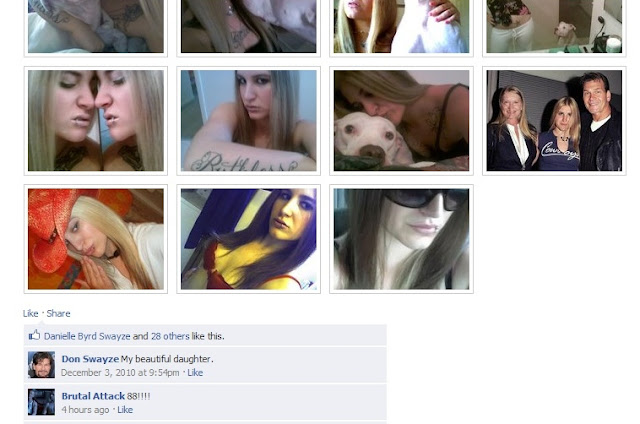 
“What marriage?” Don Swayze, 53, blurted out when The ENQUIRER informed him of his daughter’s nuptials. “Why would she marry a neo-Nazi? Are you sure? That is the stupidest thing I’ve ever heard of.”
...
Swayze – a longtime character actor who starred in the TV series “True Blood” – added: “I had no idea she was getting married. And let me make it clear – I would never in a million years approve of her marrying a neo-Nazi.”

It should perhaps be noted that while the articles describe Steever as a member of the Blood & Honour movement, he actually is persona non grata in that movement now: 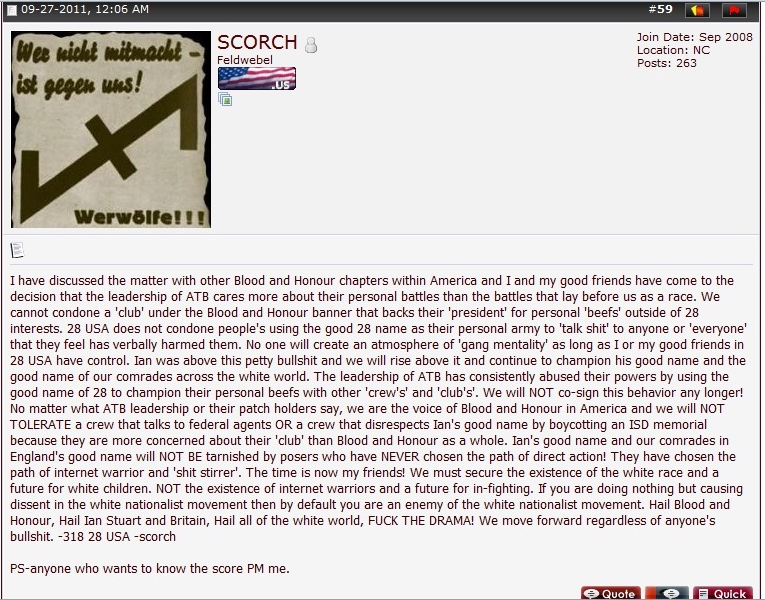 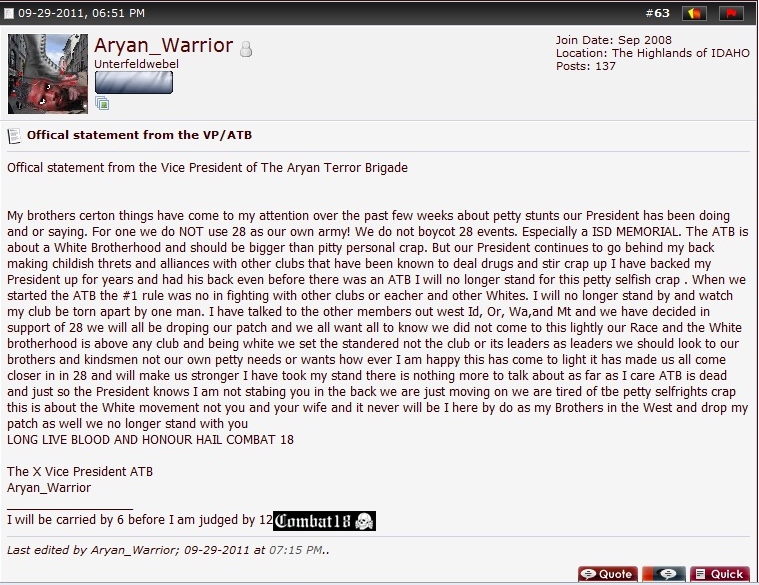 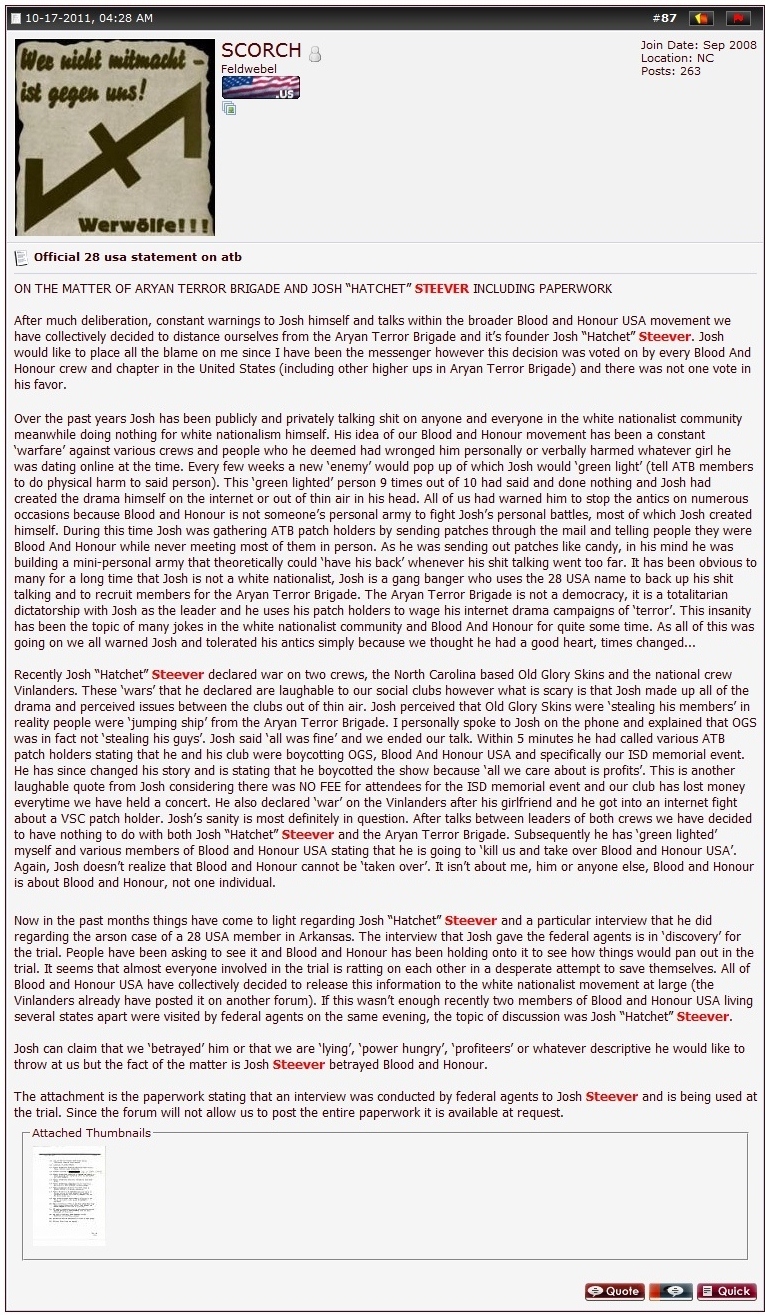 There is a bit of a Canadian connection to this. At one time Kyle McKee's Blood & Honour gang was associated with the ATB as evidenced by his friendship with Steever and the "ATB" added to his and other members' names (such as Bernie Miller writing under a pseudonym and members of the Hamilton B&H): 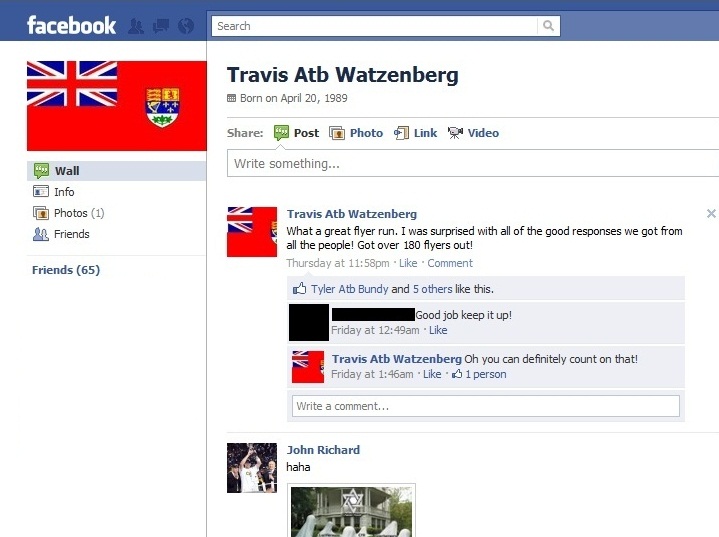 John Marleau also vouched for Steever on the Blood & Honour forums, indicated he had been in contact with Steever:

Now that Steever has essentially been excommunicated, the members of Calgary's Blood & Honour have begun to sing a different tune: 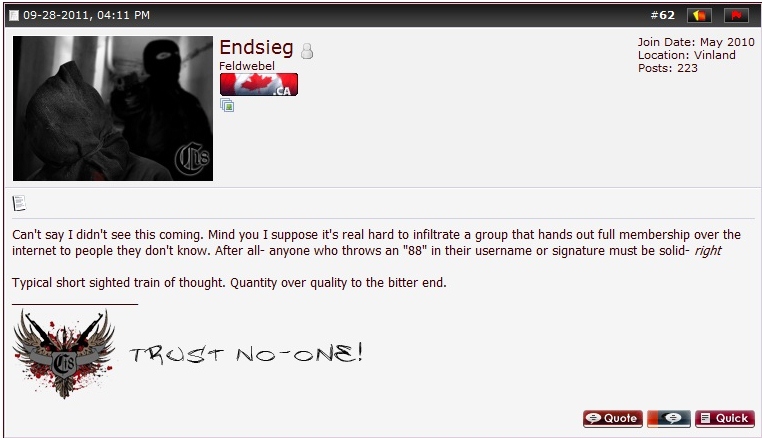 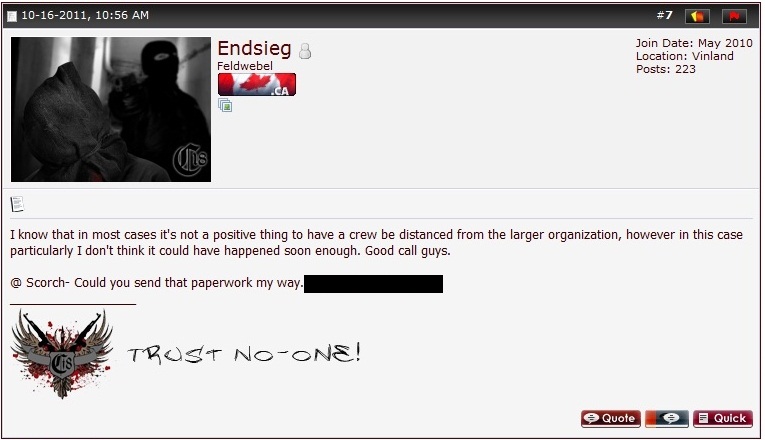 But Steever and the ATB haven't totally been abandoned by their Canadian friends. Ragnarok Montreal members, whom we covered here not long ago, are still supporters: 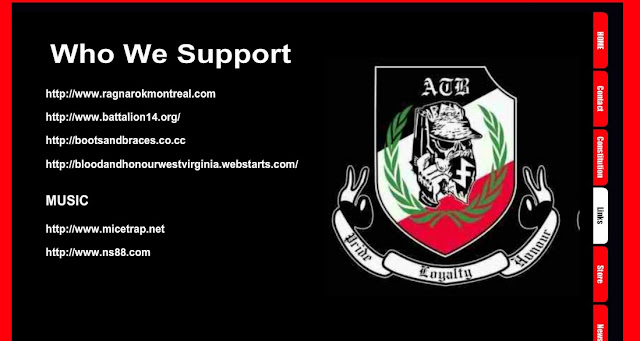 And goodness knows, if we were boneheads, we would welcome support from someone like this: 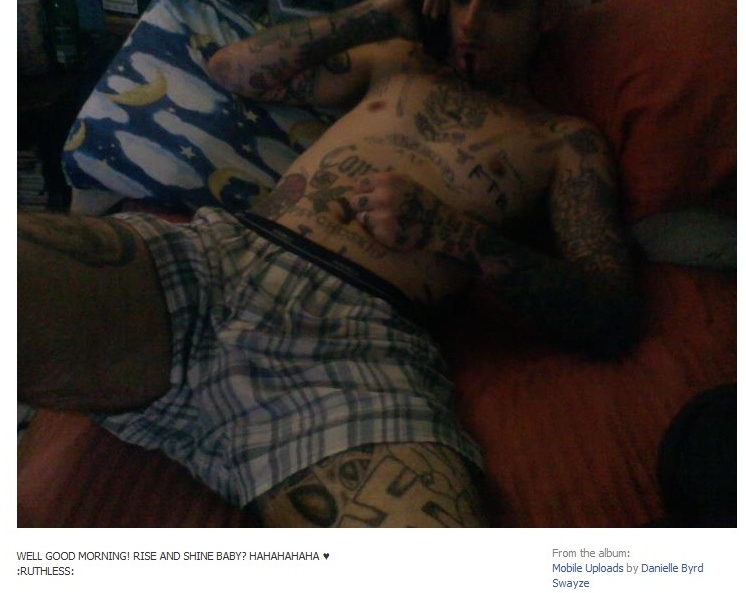 Aryan ""Terror"" Brigade???? I hope Homeland Security is investigating those morons. A stay in the sunny resort of Guantanamo, Cuba is what they need!

Oprah's secret husband is Chaz Bono and Kris Humphries' secret love child (who came to be when they were both abducted by the Kardashians...I mean Cardassians...and the resulting difficult pregnancy is why Chaz only has four years to live). Also, Steever's crotch shot is sexy in the same universe where all of that happened.

Seriously, though, if I was Don Swayze, Danielle would be scooped up and sent somewhere to get her head straight. He probably has resources many other parents of boneheads don't have. Also, he's a freakin' werewolf. That's got to count for something.