ARC has been publish articles focusing on the Islamophobia movement in this country as well as the dehumanization of Muslim-Canadians and refugees. And it is not uncommon to note that there is often a crossover between those who hate Muslims and those who also target Jews: 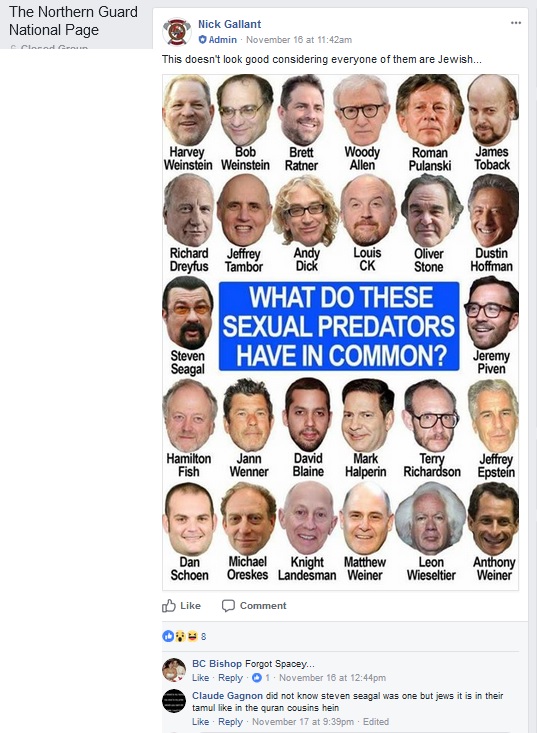 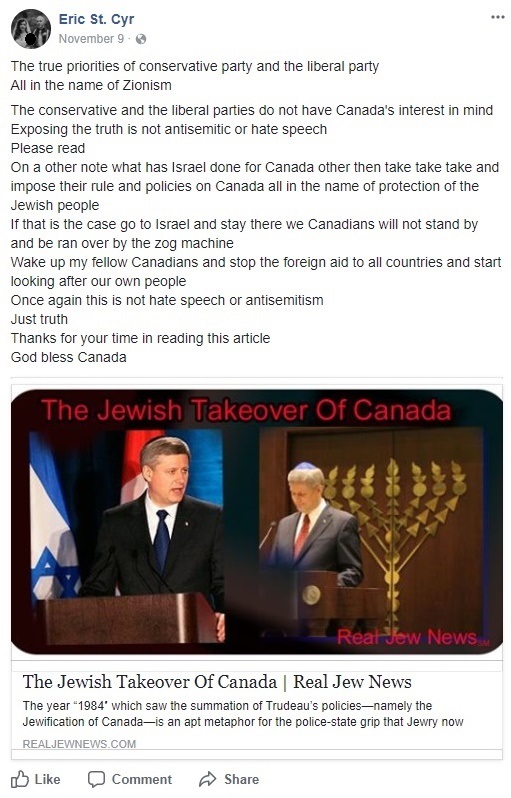 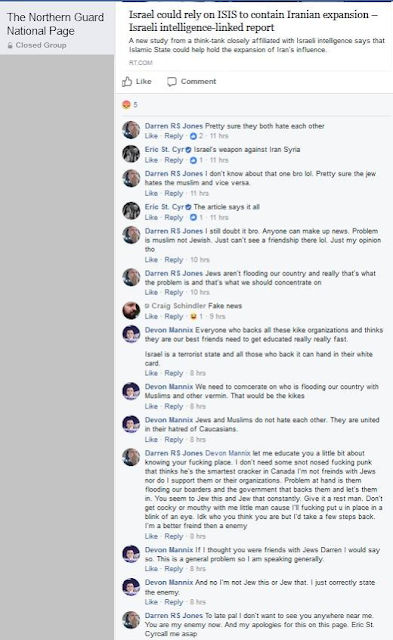 Today we were reminded that Jewish-Canadians are the most frequent targets of racially-based attacks:

Members of the Toronto synagogue Adath Israel Congregation opened a plain-looking envelope to find a swastika and the words "Jewry must perish" on Monday, an occurrence that human rights organization B'nai Brith Canada says happens all too frequently.

The letter, featuring a full-page drawing of a swastika inside what appears to be a bleeding Star of David, left members of the congregation afraid for their safety, B'nai Brith Canada representative Marty York said.
....
B'nai Brith Canada reported that the same letter had been delivered to synagogues in Montreal, Hamilton and Edmonton. They're aware of five letters in total, but York suspects there may be more.
....
The organization reported last spring they'd heard about more than 1,700 anti-Semitic incidents across Canada last year, the highest number yet.

The group has been tracking anti-Semitic incidents since 1982, which is based on police data and calls to the group's anti-hate hotline. Of the 1,728 incidents, 490 occurred in Ontario.

Such incidents are often quite illuminating in that they often result in members of the racist movement, who often claim that they don't hate anyone but simply, "love their own race," showing their hand and exposing their true beliefs:

This show of hatred was also exhibited earlier in the week when news of the deaths of Barry and Honey Sherman. At this point the investigation is ongoing and though there is a great deal of speculation ARC isn't going to comment on the circumstances behind their deaths because I really don't know. But what I do know is the folks on Stormfront are very happy upon learning Jews have died no matter what the circumstances: 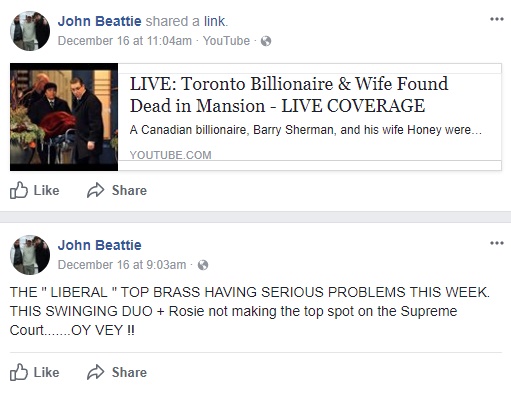 But it is important to be reminded that these people exist on our society and that they are emboldened in part by the politics of out neighbors to the south as well as Canada's home-grown bigotry.
Posted by Nosferatu200 at 23:54