It is funny how quickly half-assed best laid plans can fall apart so quickly. One minute you're planning a "MEGA Patriot Rally" that will be attended by between 500 and 100,500 people.... 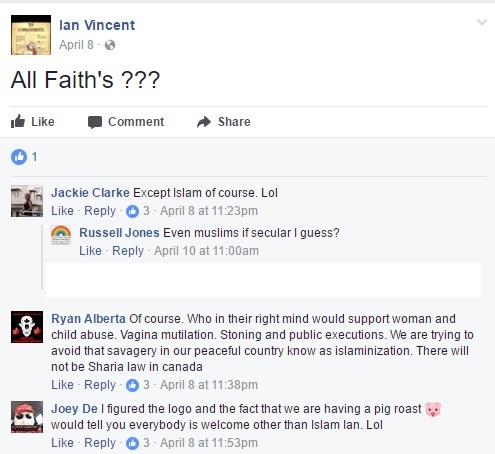 WCAI Islamophobic "Mega" Rally May Have Been Self-Quelled

The fallout from this has continued with Joey DeLuca posting the following on Garvey's Facebook wall: 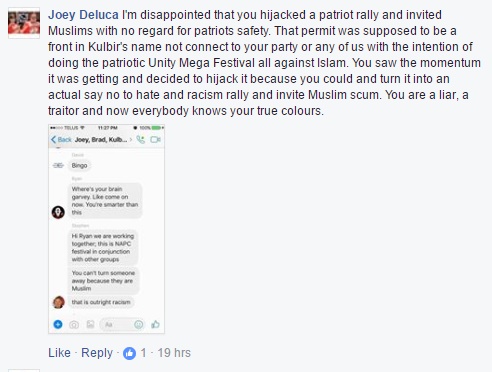 So apparently, knowing full well that an anti-Muslim rally wouldn't receive a permit, DeLuca used a proxy to get the permit needed to book the space for his little hate fest. But it would also seem that proxy, Garvey and his NAPC, seems to have thought they were partners in this deal and as someone with political aspirations who knew that excluding people based on religion from what was announced as a public event would be illegal, actually opened it up to Muslims.

Never mind that Garvey stated that he didn't think any Muslim would come and that this was all stage dressing to beat any possible accusations and subsequent legal troubles related to discrimination, DeLuca and his mini-me Ryan Dean lost their collective shit: 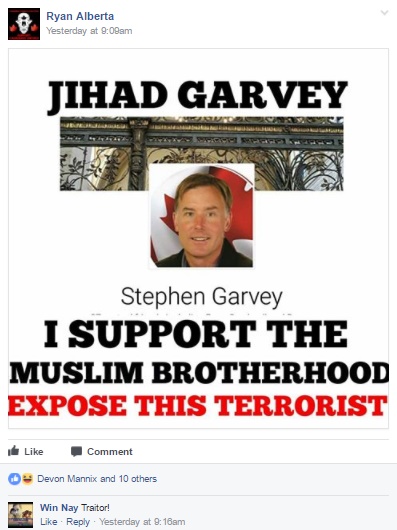 And now that they have decided they hate Stephen Garvey because he is "obviously" sympathetic to jihadists and sharia law (because.... duh!), Dean is trying to sabotage the NACP event that the WCAI and CCC were originally co-planning: 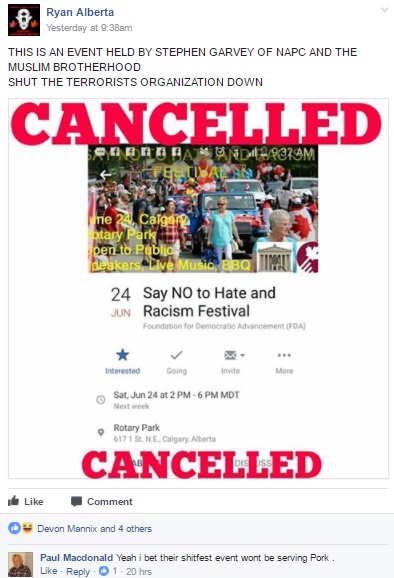 And it has continued offline as DeLuca and Sandra Solomon confronted Garvey at an evangelical event in Calgary on Sunday:

It seems that Jeff Sharpe is on speaking terms with DeLuca now.

Oh and yes, Joey thinks he has found religion: 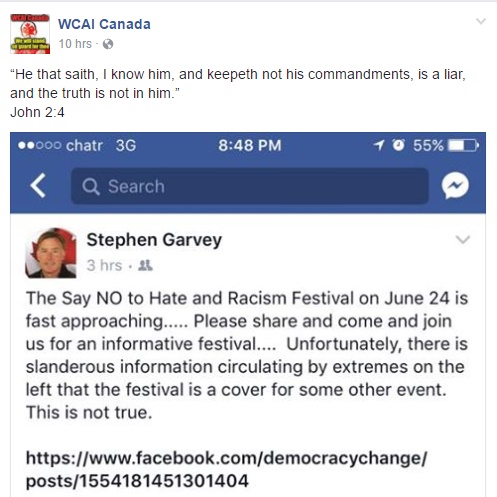 Jesse Wielenga further added his $0.02 and cemented his place as the most articulate rhetorician of the WCAI:

But despite Wielenga's claim that they will not only be still holding their rally at a new location and that it will be better than ever, one can't help wonder if there might just be a little false bravado in his boast.

In previous videos as in this one, he has been asking for donations which suggests that the bouncy castle and pig for the pig roast might not be financially attainable. The only person who we figured would be performing (he and his band did so at the June 3 protest) seems to be unenthusiastic about how Garvey is being treated, which suggests to this writer that he too may soon be excommunicated from the He-Man Muslim-Hating Club:

Then there's the rather significant fact that their security has walked out on them as well as Garvey's event: 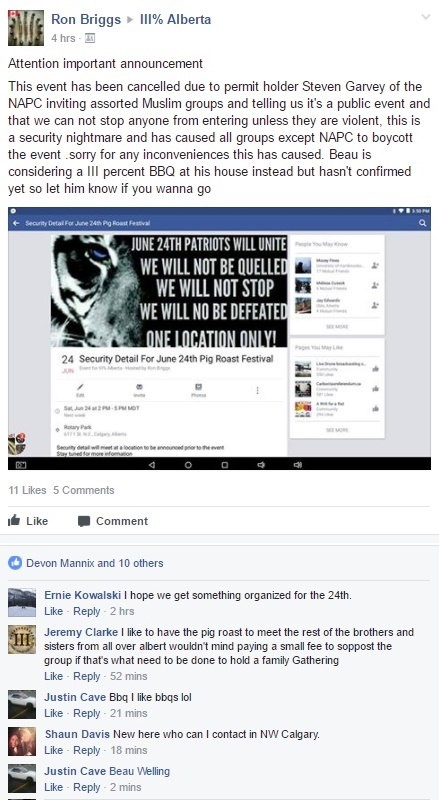 But, perhaps most importantly, even before this shit storm occurred, their own supporters were growing increasingly frustrated that they were not being told where the rally was taking place: 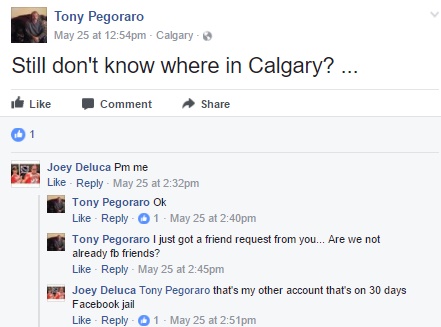 And it continues with absolutely no direction being provided:

So yeah, the WCAI may very well show up somewhere. I'm guessing if they do it will not be with a permit from the city, which if they want to make sure they aren't run off, will have to remain on the down low. This means fewer people participating (though I don't think they would have reached the 500 DeLuca had hoped for or the 100,000 American supporters some still delusionally believe will be coming with the American nutter from Florida). Live music? Maybe someone can hook an iPhone up to a Bluetooth speaker. Food, never mind a roast pig? Good luck with that. If you're going to this, I suggest you bring some trail mix and bottled water. There will be not port-a-potties, only service stations, though following DeLuca's example you will only able to piss behind the building and not inside as other "normies" would do.

Because public urination is a blow against political correctness.

Suffice it to say that the Mega Patriot Rally is likely to be much less "mega" than they had planned. But hey, if you have $45 handy, you may at least be able to go home with a t-shirt commemorating the event: 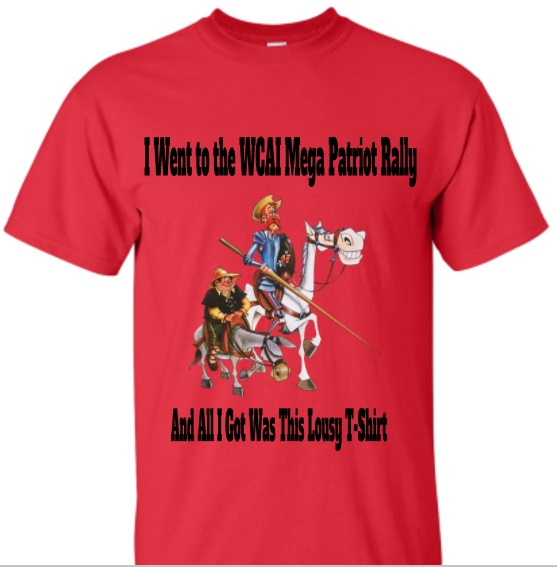