Guess Who Has Two Thumbs and Will NOT Be Attending the WCAI MEGA Festival June 25. 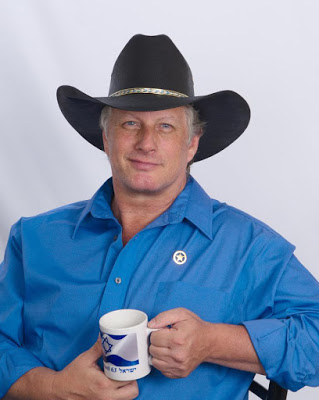 From a (rather biased) source:


Bill (Wild Bill for America) Finlay has been arrested at the airport in Calgary, Canada because he had "smuggled" so-called "hate speech" on his iPad! Bill went to speak at the WCAI (Worldwide Coalition Against Islam) anti-Islam event, by invitation. Bill is asking for our prayers and that we "rally the troops" in his defense! Many of his supporters, yours truly included, warned him of this possibility but he felt he was called to speak out against the violence Islam is bringing to our world and to speak the word of Christian truth to the Canadians. For those who don't know, Canada recently passed a national law prohibiting any anti-Islam speaking or written material. So much for "free speech" up north.

Yeah.... M103 isn't a law. "Wild" Bill Finlay was sent packing because Canada, as a sovereign country, has the right to exclude people from entering who are, to use the vernacular, assholes.

And Bill Finlay is an asshole.


WILD BILL HAS BEEN KICKED OUT OF CANADA AND IS NOW SAFELY BACK IN THE STATES. PRAISE THE LORD


Bill is on his way home to Florida but word is that "it's not over yet." Will keep you updated as soon as I have more news.


UPDATE ON WILD BILL....Just heard from Bill again and this is what he told me.."Canada just decided to kick me out so I'm on my way home but it's not over yet. In addition to the unlawful detention, they seized my laptop to send to Ottawa for a 'forensic investigation,' they are determined to get me on something. Plus they are bringing in their tax authority to determine the tariff to slap on the smuggled contraband (my personal notes to myself on Islam's abuse of women and children). And my speech was about the importance of open and honest discussion without fear of the government dragging us away." And then in typical WB humor he said that the notes were written to himself and that no one could see them so he must have committed a hate crime against himself! All I could say at that point was Canada has some serious issues...guess their PM is an Angela Merkel clone.

We imagine that Joey DeLuca, Jesse Wielenga, and Ryan Dean have not yet heard of this development: