There was a point when I and the then other members of ARC would keep a close eye on what PEGIDA Canada was up to, both online and when they engaged in what were ultimately fruitless "flash demonstrations" that didn't accomplish anything other than to show their insignificance. They did however garner some press coverage for a cancelled protest in Montreal and a failed protest in Toronto.

PEGIDA Canada still exists on Facebook, but I can't actually remember the last time I paid much attention to them. Many of the members who actually did protest have given up or moved on to other flavors of the moment (i.e "Suffragettes Against Silence") or formed their own group; before Joey De Luca created the WCAI, he was the Alberta rep for PEGIDA. I think this is in part because many of these people seem to want to be the head of something, perhaps as a result of a personality conflict or the feeling that "they" have the answers. Others simply seem to grow bored and drop out. In any case, the results are the same. After an initial flurry of activity, these groups inevitably lose energy and their members lose interest.

This phenomena seems to also be happening with the Soldiers of Odin.

Now, to be clear, I'm not saying that the SoO is entirely a spent force. They are still able to get some numbers out in both Alberta and Ontario as evidenced by the protests that occurred in Calgary on June 3 as well as the protests that have taken place in Toronto as well as SoO members in Ottawa on both May 6 and June 3 as well. Quebec may also still be active, though provincial president Katy Latulippe is doing a piss poor job of trying to keep up the facade that the SoO aren't filled with racists:

But other than that?

ARC has been covering the breakdown of the SoO for a while now:


It seems that the break with Finland and the apparent leadership coup may have been the final straw as the SoO. While there are still some active provincial groups, many others have changed their name, ceased activity, and quietly disappeared.

For example, SoO Okanagan was at one time a particularly active chapter: 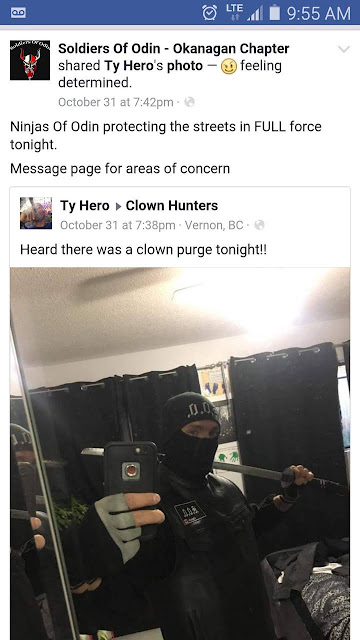 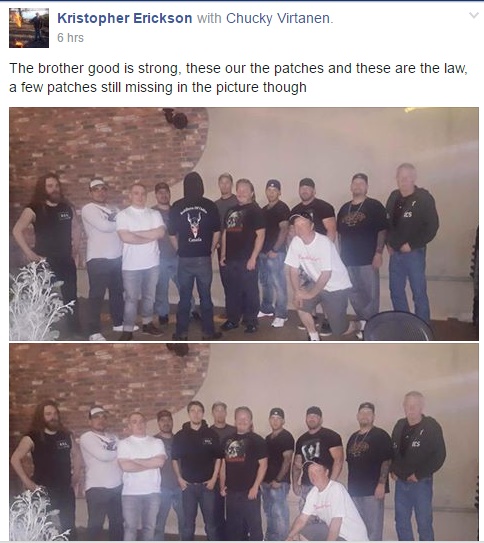 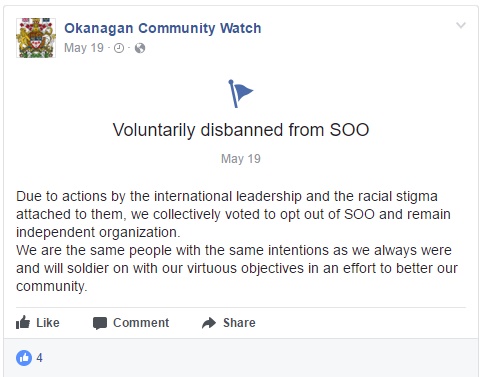 And though Southern Ontario still seems to be relatively active, other parts of the province have dropped off the map: 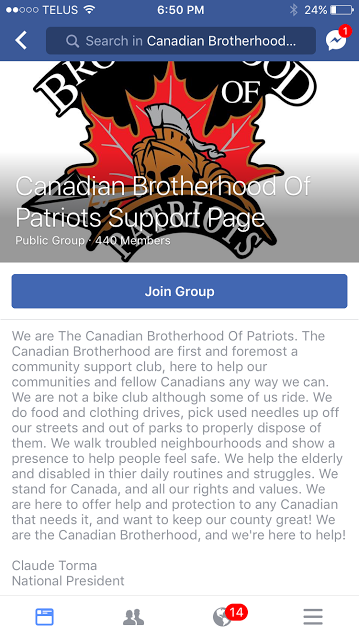 Not that Claude Torma appears to be in a position to lead the newly christened "Canadian Brotherhood of Patriots" from Sault Ste. Marie: 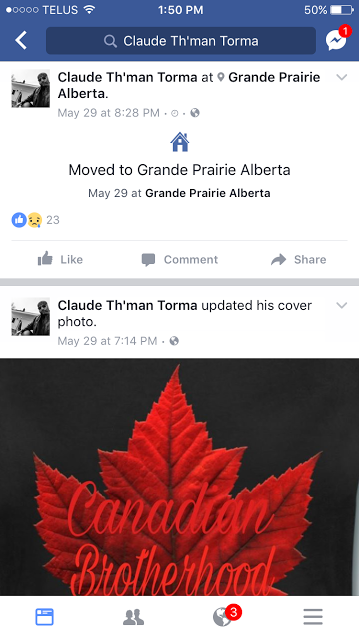 There's also been a precipitous decline in activity from out of British Columbia under the new National Leader Bill Daniels and nary a peep about the apparent coup from former SoO National President and Canadian founder Joel Angott.

So sure, there are still local chapters, but as a national force (such that it ever was) the Soldiers of Odin appears to be rather moribund with membership growing bored with the group, upset with the direction the SoO has taken, or leaving to join and/or found new anti-Muslim groups.

Time will tell if this is a permanent feature or a lull, though I'm not sure that the SoO could achieve any national momentum at this point.
Posted by Nosferatu200 at 23:45