Now that Blogger is back to normal, on with the blogging!

The Warman and the CHRC vs. Lemire case will be heard by the Federal Court this coming December. 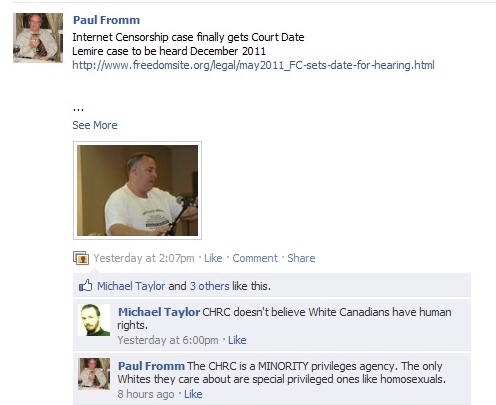 Our bet is that Section 13 will be upheld with the financial penalty provision stripped, however if everyone knew the outcome there wouldn't be a need to have the court rule in the matter so we'll wait for the final decision (one way or another, it doesn't affect what we're doing here).

Of course we expect Paulie, the good folks at Free Dominion, Levant, and a few others to be paying very close attention, but as a Wikileaks document states, outside a few media outlets (we humbly submit to being included here), there isn't a lot of attention being paid to this case amongst the majority of Canadians who are more concerned with the economy (the main reason for the Conservative victory most likely) and simply going about their lives. It isn't on their radar, however Paulie and Lemire would have people believe that the entire nation is waiting with baited breath in anticipation of the Federal Court's ruling in the matter: 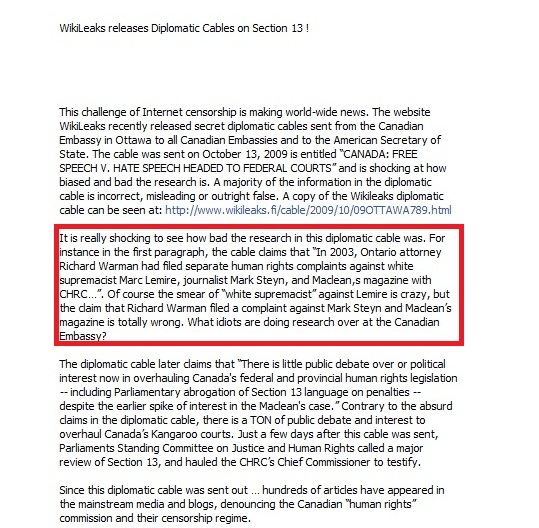 Ah, yes. Paulie again claims that referring to Marc Lemire, the second and last leader of the neo-Nazi Heritage Front, is smear. Actually, Lemire himself seems to go further by stating such claims constitute defamation: 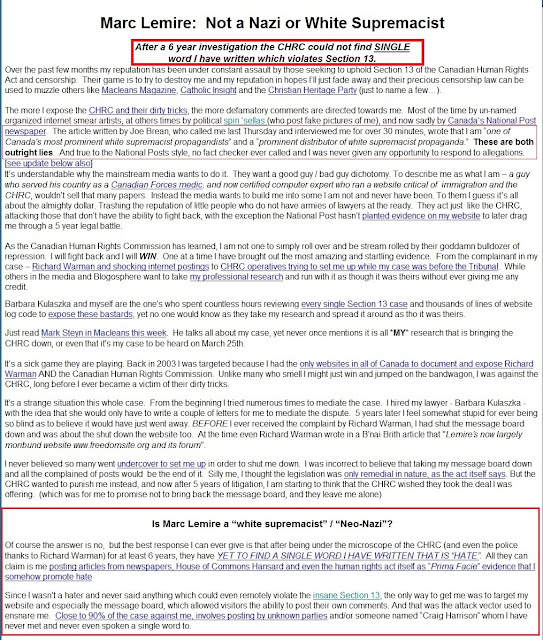 Now Marc, you know that you're not being entirely truthful. First of all, concerning the claim that you disseminated white supremacist propaganda, there is an online paper trail to prove this claim is true (here as well; you're even using the same address today). And for your claim that you've never written a word that you've written that would constitute hate, we invite our dear readers to revisit Part IV and Part V of our award winning series that discusses your links to organized hate in Canada.

Okay, perhaps award winning is an exaggeration. A friend did treat us to an ice cream cake though.

Oh heck, why don't we just provide the links for easy reading?

So regardless of the outcome of the Federal Court case in December, Lemire can't erase his past as only the wilfully ignorant will be able to ignore and dismiss the truth.
Posted by Nosferatu200 at 22:26

Man these guys are Idiotic!