On March 8, 2020 AHEPA Toronto held a rally in support of Greece's refusal to allow asylum-seekers through the Greek border. Their position, as indicated in an email campaign they've encouraged supporters to participate in, is one that has appealed to far-right ideologues:


...pressure has been exerted on Greece's eastern land and sea borders with the purposeful round up and transport of thousands of people seeking entry into Greece and, ultimately, the rest of Europe under the guise of being refugees, migrants and asylum seekers.

It's not surprising that they've latched onto this cause, however for those not familiar with the background, we recommend the following two explainers: 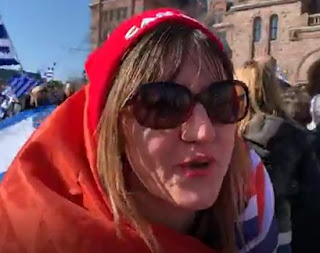 Lily at the rally 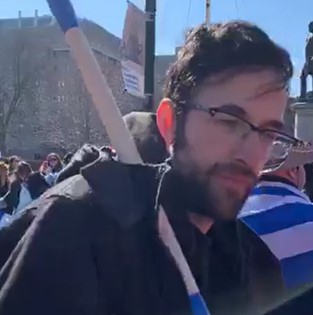 Josh Chernofsky at the rally

Chernofsky has previously expressed support for American neo-Nazi organization Patriot Front, and indicated his desire to see rallies of a similar nature in Canada. 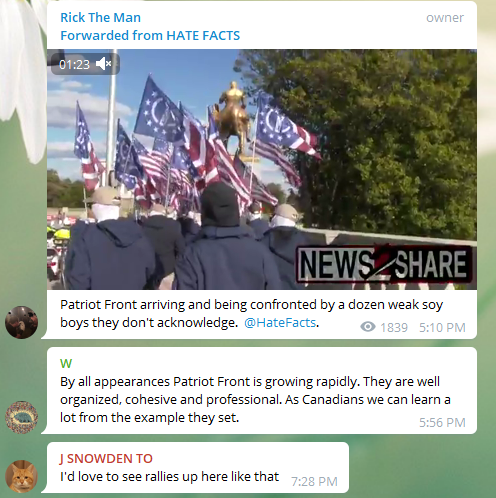 A reply from Chernofsky to Dean Clifford, calling the Patriot Front march on DC "beautiful"

Gus Stefanis, failed federal candidate for the neo-Nazi Canadian Nationalist Party (which has recently put out a call for "roman salute people," and whose leader, Patron, is currently facing charges in Regina for assaulting two women) also made an appearance, complete with a CNP hat. 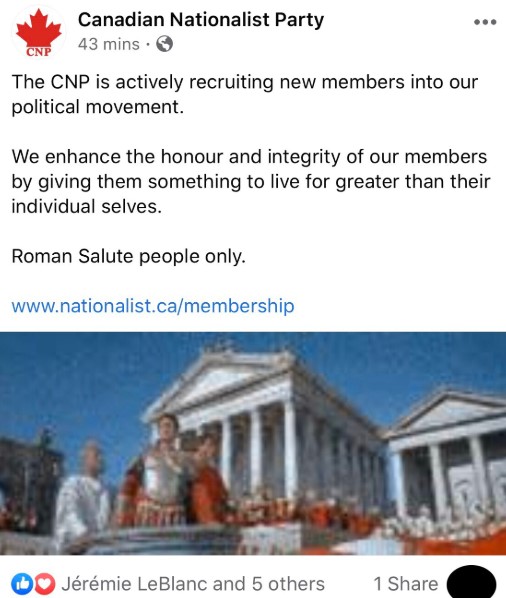 Yes, the CNP is a neo-Nazi party 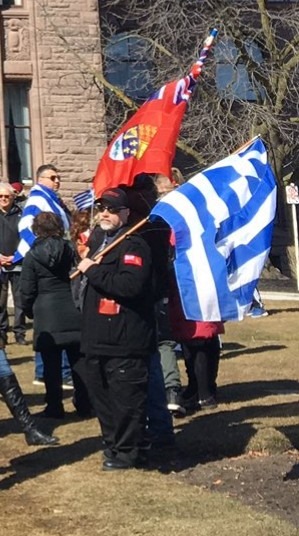 Stefanis with a Greek flag, replacing his usual red ensign, at the rally

Stefanis has not hidden his feelings about the situation, having recently liked comments on his own feed about murdering the asylum-seekers en masse. 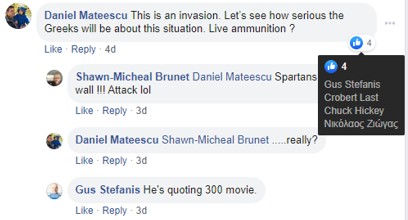 Stefanis liking comments about open firing on the asylum-seekers

Stefanis liking a comment that states "Open fire, this is war"

Ronny Cameron also livestreamed the event, in addition to taking advantage of the open mic, using the opportunity to preach about European solidarity:

He also met other far-right ideologues - George, and an unnamed younger man (George's son, perhaps?) They discussed and praised Paul Ray Ramsay (ramzpaul,) Jared Taylor, and David Duke, with George referencing how he watched Happy Homelands, a series by Ramsay, the previous night.

Cameron, who previously spoke with two men who were uncomfortable with his particular brand of white supremacy and felt refugees should be permitted through the "right process," decides what they really meant was they're just anti-immigration period. They just don't know it yet.

He continues to explain his purpose on Facebook is to persuade people who are anti-"illegal immigration" to be more like him.


The saddest part about this? Eventually even the Greeks won't be white enough if these people get their way.
Posted by Yellow Vests Canada Exposed at 18:33