Alternate title? "Everyone I Don't Like is a Libtard Antifa!"

For the remainder of his life, Chris Vanderweide will be known as the guy who sucker punched people attending a Pride event in Hamilton and wildly swinging a helmet while wearing what looked to be ill-fitting paint ball gear. This was followed up by his participation in a pre-meditated assault that took place after a poorly attended Pegida rally in a Toronto mall.

Now while this isn't the way I, or probably most others with a reasonable amount of self-respect and dignity would like to be remembered, Vanderweide doesn't seem to have had many affirming moments in his life and when the conspiracy theory-supporting anti-immigrant/Muslim/POC/LGBTQ crowd proclaimed him as their hero for carrying out the assaults they had dreamed about doing themselves online, he was all too willing to accept that praise while also engaging in a whole heap of shameless self-promotion and attempted monetization: 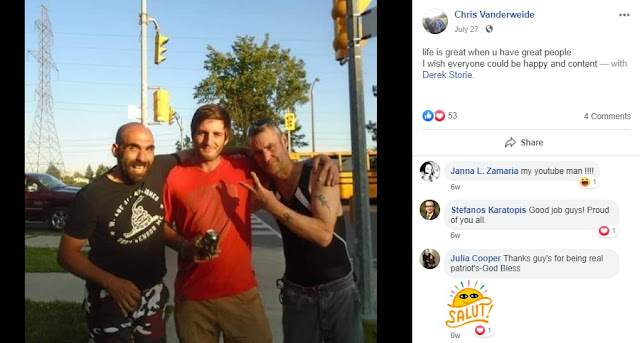 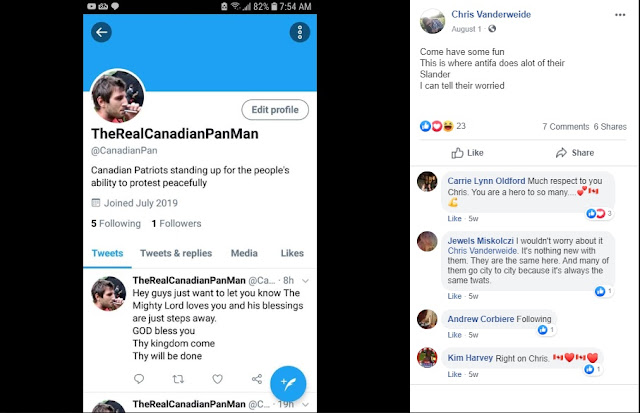 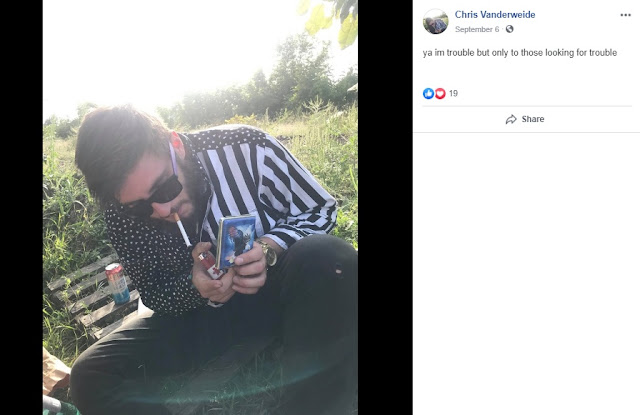 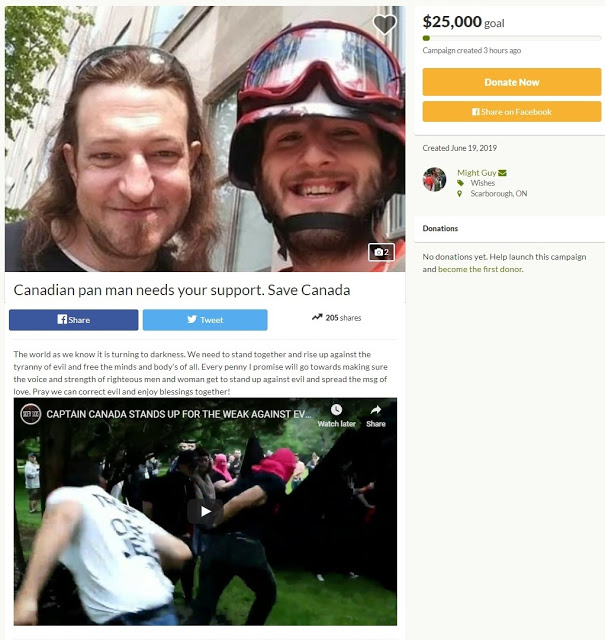 Now, fame amongst the fringe, far-right, Yellow Vesters and "patriot" hatriot crowd (I'm stealing that term from Yellow Vests Canada Exposed who were the first I heard coin it to describe these groups) is admittedly an extremely niche.... uhm.... honor? Is honor the right word to use?

In any case, despite still not being anyone actually important, Vanderweide soon began speaking of himself as bigger than the hatriot movement itself and quickly began to alienate former supporters and fans.

That alienation has continued.

This past Sunday Vanderweide decided to again brag about his importance and the insignificance of those groups that preceded him. Some didn't take especially kindly with him minimizing their efforts and, later, themselves personally. The following is a very, very, long group of (we'll say) discussions that occurred on his wall (four in total). Topics include the bail money that was raised, what he spent it on, his general lack of gratitude, allegations of fraud, criticism about the assault, and posturing over who is an alpha male and who is a beta cuck because.... you know.... these are grown men.

So sit back, grab a drink, and enjoy the program: 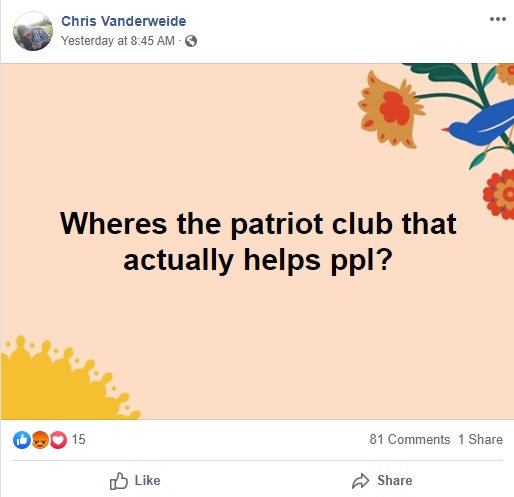 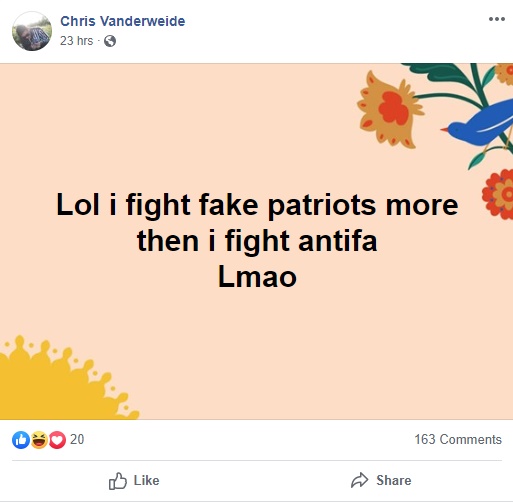 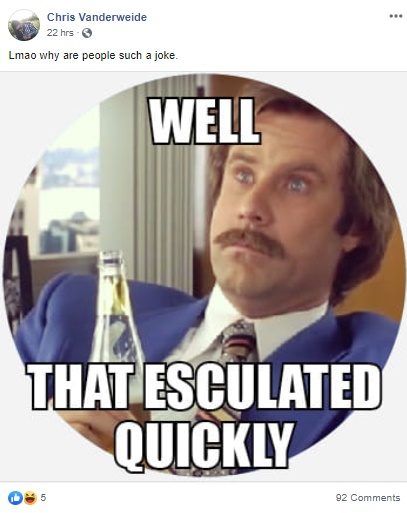 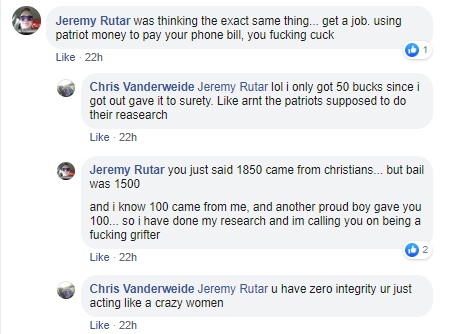 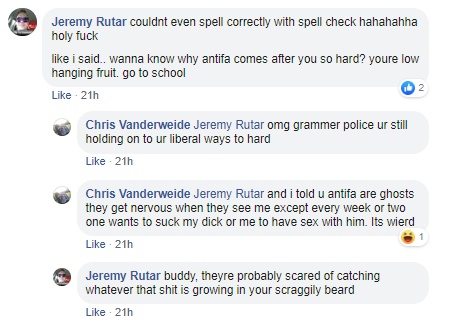 UPDATE: Holy hell, there's more. This time featuring such players as Worldwide Coalition Against Islam founder Joey Deluca, Kyle Puchalski of the Alberta Northern Guard, Onward Christian Soldier's Adam Stevenson, Bryan Trottier protegee (as if that is something to be proud to tell people) Shawn White, and a brief cameo by former Solders of Odin, now leader of his own hatriot group Urban Infidels (sigh.... the names are just the worst) and embarrassing facial hair aficionado "Heathen Steven." The mental force of their combined intellect, if harnessed to generate energy, might warm a piece of bread slightly though certainly not actually toast it. 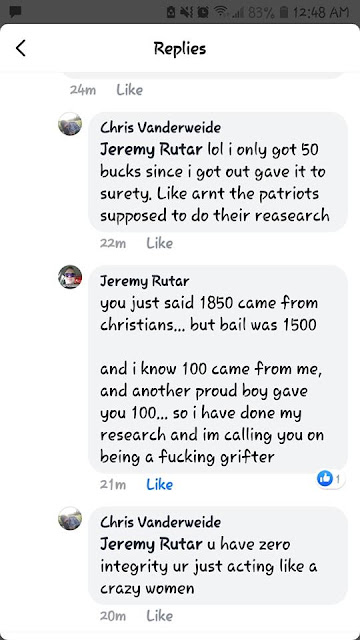 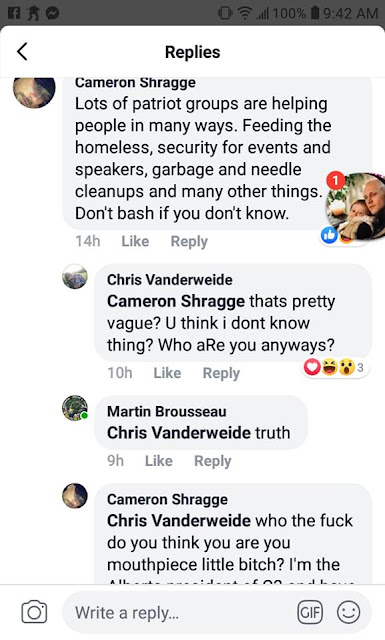 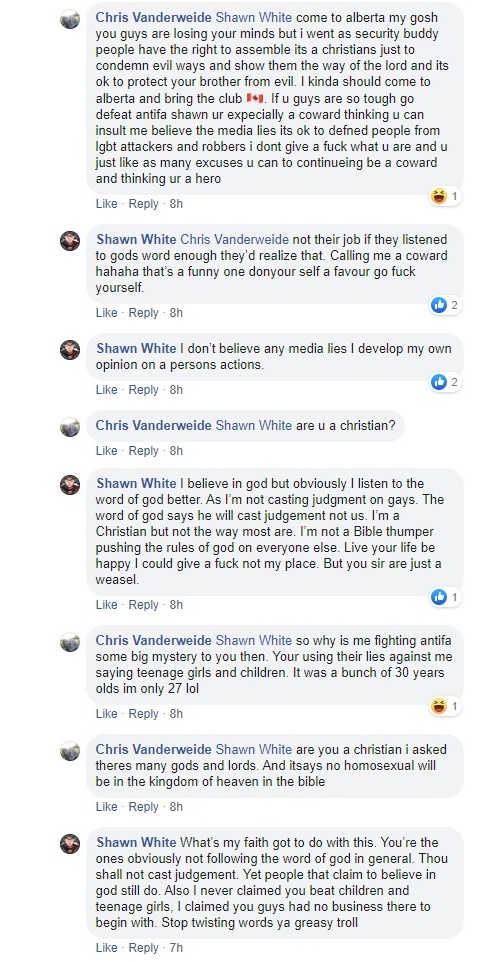 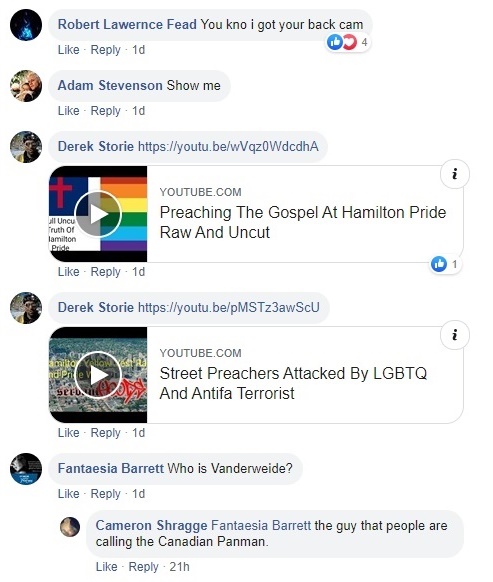 Wow. This is madness. And it appears to be never-ending as well. Who will be declared the most patriotic of patriots?!?!? Stay Tuned!