As a result of Yellow Vest Canada Exposed's efforts to bring attention to a far right concert hosted by one former and one (maybe) current member of the white nationalist Northern Guard, the mainstream press has taken an interest. For example Mack Lamoureux of Vice News Canada published a story on July 2 detailing the effort as well as the connection to a Canadian Combat Coalition rally occurring at the same time.

We've covered similar events such as this. Last year a group of Proud Boys, Northern Guard, Nouns of Odin, and other extremists planned on going to Hamilton ostensibly to support businesses in the community but was really an effort at self-promotion as well as to antagonize anti-fascists so they could be ambushed and assaulted.

These far right groups also seem to be military fetishists in how they both glorify the armed forces and attempt to emulate them with the ridiculous quasi-military gear which allows them to "play" soldier without actually ever having to put themselves in harms way; the III%ers are the most notorious, but they certainly aren't alone:

Now as bad as it is when they are playing soldier, a greater concern are those who are in the military who have been radicalized by right-wing extremism:


ARC has documented a few such instances in the past:

And now we have another person to add to this list:

Jesse is a member of the white nationalist Northern Guard. He has been relatively active in their Facebook group since at least March 2018: 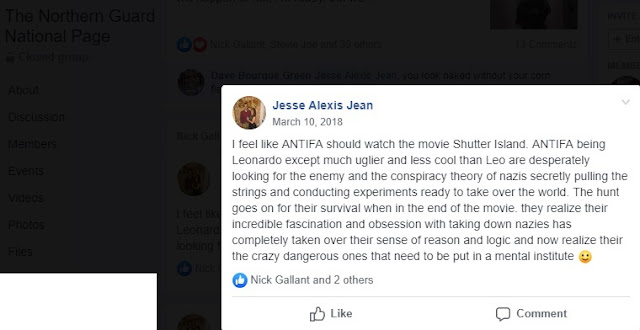 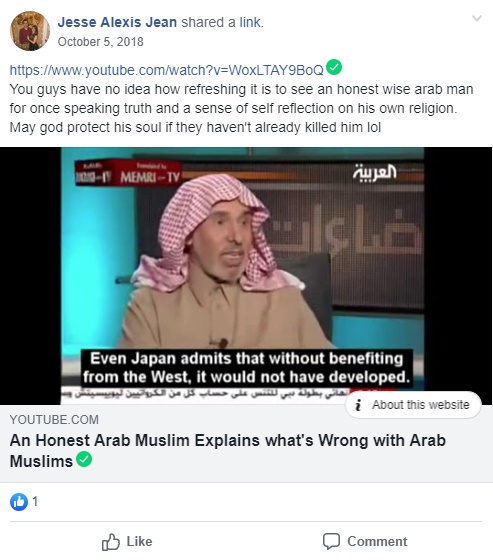 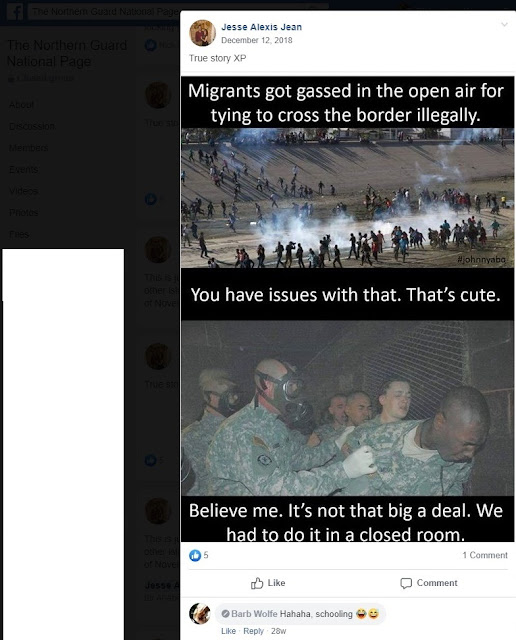 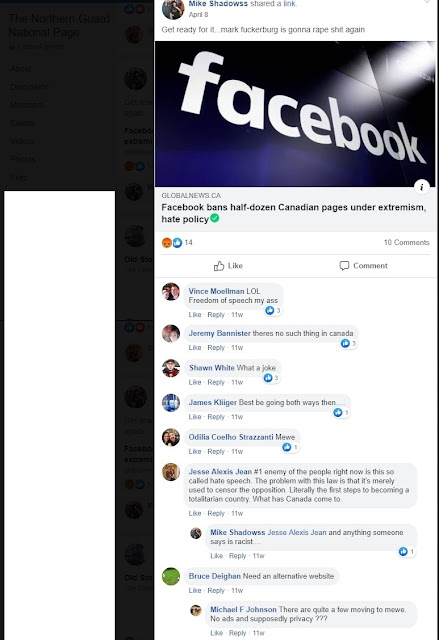 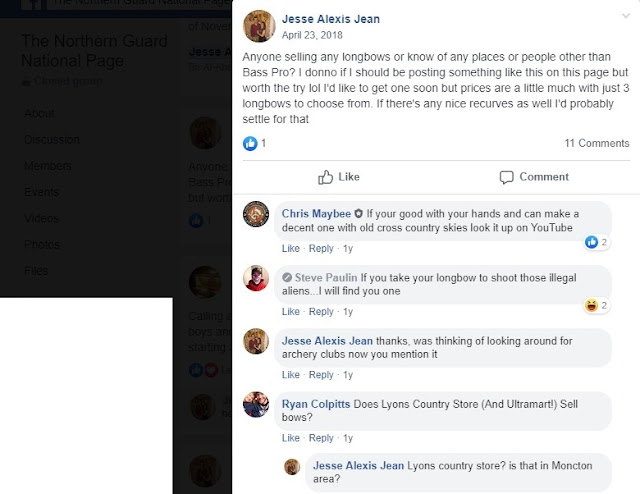