Back in 2018, the Nick Gallant of the Northern Guard was claiming to be in the process of organizing a concert to benefit veterans:


First, I don't think System of a Down was ever in talks to appear.

Second, think Nick might have been a little disingenuous in suggesting ARC would be welcome to attend.

In any case aside from a very brief mention in an earlier article, I didn't really do much with this information since I didn't think it would amount to much. However, they did indeed have a concert: 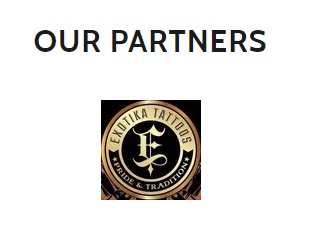 Now based on the photos of the event I wasn't far off since it appeared very sparsely attended. In short, it looked like an excuse for groups such as the Northern Guard, Soldiers of Odin, III% militia, and other extremists groups to have a party. 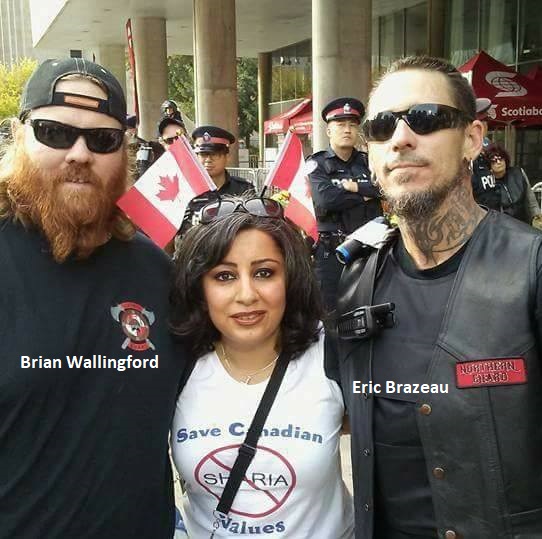 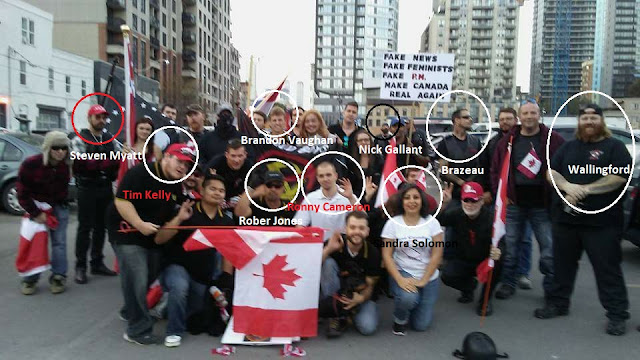 The festival organizers claimed all proceeds would go to organizations that supported veterans and while it didn't look especially successful Brazeau certainly used it as a means of self-promotion:

So it perhaps shouldn't be a surprise to learn that they planned on another kick at the can this year. This time however they appeared to convince a genuine headliner to attend: 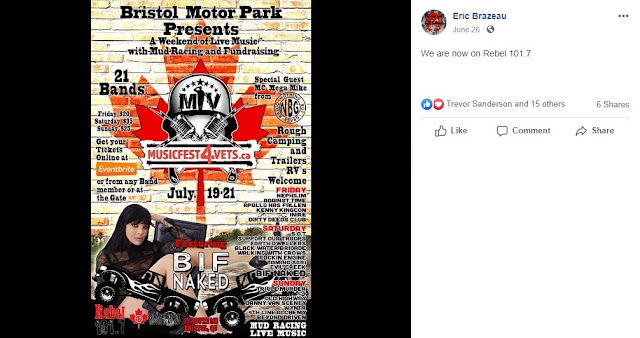 There was no fucking way Bif Naked would attend this event if she knew who was organizing it.

So our very good friends with Yellow Vests Canada Exposed got to work:

I feel like @bifnaked needs to be aware of the following information before participating with such an event. #cdnpoli #cdnmedia pic.twitter.com/P92GotOxwj
— Yellow Vests Canada Exposed (@VestsCanada) June 28, 2019

2. We’ll start off by saying that fundraising for veterans is admirable, yet there’s no indication of where any funds raised are actually going.
— Yellow Vests Canada Exposed (@VestsCanada) June 28, 2019

This event coincides with the Canadian Combat Coalitions “Canadians for Canada” rally, in Ottawa on July 20.

Multiple hate and ultranationalist patriot groups will be present.

They’re intending to stay in the same camp ground and will all be attending this festival. pic.twitter.com/s7XYV9HNVR
— Yellow Vests Canada Exposed (@VestsCanada) June 28, 2019

Pat “The Holocaust Didn’t Actually Kill That Many Jews” King and Rick Boswick, fresh off his recent attacks in Hamilton and Toronto, are going to be there. Rick is actually going as an accredited journalist. pic.twitter.com/OOYNmE4j7J
— Yellow Vests Canada Exposed (@VestsCanada) June 28, 2019

Getting this canceled is a non-starter, folks. It’s already been attempted, and the land is owned by a friend of the organizers and is private. The best thing to do is attempt to get @eventbrite to pull, or hope @bifnaked pulls or denounces (if she’s contractually obligated.)
— Yellow Vests Canada Exposed (@VestsCanada) June 28, 2019


Others including the Canadian Anti-Hate Network picked up the story and, well.....

Just a message for everyone about my appearance at Musicfest 4 Vets this coming July 20th at Bristol, Quebec: I will not be appearing or performing. Please continue to support our veterans and programs that directly support and assist military families in Canada. Thank you.💗
— Bif Naked (@bifnaked) June 29, 2019


Since then most of the bands scheduled to perform have backed out.

So huge congrats to the folks with YVCE for their hard work on this file and those who helped in that effort. You all did fantastic!

Of course, this isn't the end to the story.

Last night Eric Brazeau appeared on a video with QAnon conspiracy promoting nutbar Duke Willis to decry the injustice of having musical performers drop out merely because they don't want to be associated with far-right extremists:

I get a kick out of the apparent claim that they asked Bif Naked to appear so that "the left" would be represented. I'm more inclined to believe they had no idea what her politics were but knew she would be a big draw and now are retconning the justification for her appearance.

But they will have something.... I guess? There are six (as of now) bands apparently and a chance to drive around in mud:


I get a kick of Duke Willis' go to that "if you have haters you must me doing something right."

Maybe, though there may be a greater chance that you're an unlikable, bigoted, asshole.

I mean, either way, right?

Brazeau is also angry about Tweets such as this:

MuscFest 4vets is a scam.  It’s run by a member of a hate group, the Northern Guard.  Also they gave no money to the veteran organization they said they were supporting last year.  They are scamming vetrans.
— Kim 🇨🇦 (@kimbo1942) June 30, 2019

@ottawalifers, the festival is a scam.  The veterans organization they said they supported last year received no money from this event (confirmed by them yesterday) and the organizer is a member of the hate group the northern Guard.  They are making money by scamming veterans!
— Kim 🇨🇦 (@kimbo1942) July 1, 2019

Brazeau is angry that "the left" can say this.... but admits that it is true which sort of indicates he's more upset about being exposed than being lied about since the information is factually accurate:

All proceeds go to vets, eh?

I would like to put one rumor to rest concerning their Willis' and Brazeau's claims about ARC's involvement however:

“Groups like @ARCCollective are the next branch up, the corporate level.” - Willis.

Oh, as much as I would love to take credit for this, full credit goes to YVCE and those such as CAHN and other who helped to amplify the message. But hey, thanks for the kudos Duke.

Much of the rest of the video involves Willis and Brazeau discussing a variety of conspiracy theories which provides a further example as to why the bands who dropped out wouldn't want to be associated with them. I'll post a few videos, but this is my favorite:


First, I'm not sure that contacting artists to let them know the concert they were to perform at is being hosted by members of the far-right constitute a the same "playbook" used by the Nazis to exterminate their opposition. Second when Duke, wearing his Northern Guard shirt, decries "Hitler's friend" in Italy, I have to wonder if he is aware of the members of his own hate group? 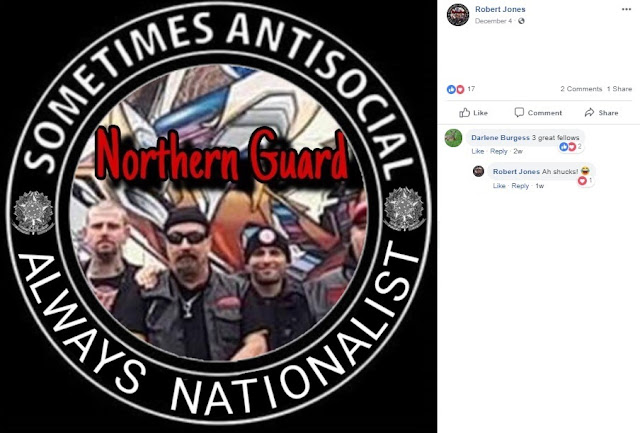 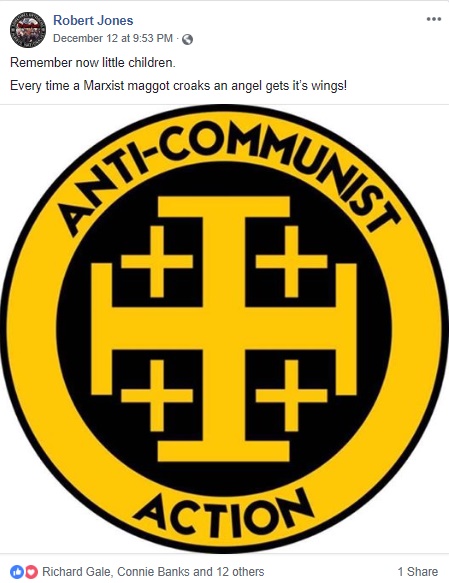 Northern Guard member Robert Jones actually venerates Mussolini among other fascist leaders. ARC quite literally knows more about the hate group Willis is a member of than Willis does himself.

The other clips are boilerplate conspiracy theories.

For example, apparently Trudeau is going to call off the election and declare martial law:


The UN is tracking people through Google:


Claim that Brazeau and 182 others on a "III% list" were picked up by police (four police to one "patriot") in black vans and taken into custody for questioning at the exact same time which TOTALLY doesn't sound made up at all!


Reference to "false flag" events such as they claim for the tragedy at Sandy Hook, but a further suggestion that violence might happen "if people are pushed too far":


And of course we can't have any discussion of wingnut conspiracy theories without mention of George Soros:


Yeah, I can't imagine why Bif Naked and the other artists who dropped out wouldn't want to be associated with this kind of rhetoric.

I thought that this would be the most appropriate clip to end on as Brazeau tries to salvage this dumpster fire:


But really, I think this one is much more appropriate.