I have the best readers. This article is due to one who continued to dig into a figure who appeared in yesterday's blog post.

On Sunday, ARC published a story in which a Yellow Vests supporter David Selvers was profiled:

The Canadian Anti-Hate Network wrote about him and his racist blog (an example of one article is included above) in a great deal of detail as well as his connection to the Yellow Vest convoy traveling to Ottawa:


It turns out he's even more interesting than I had thought.

Selvers is also the owner and president of Millennium Crane Rentals: 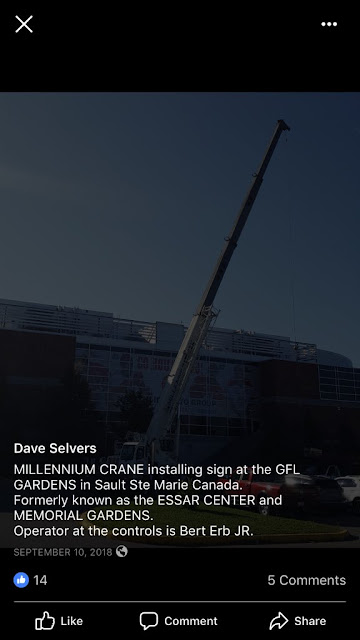 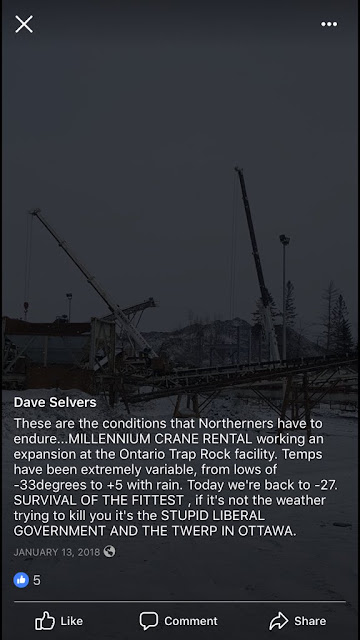 Millennium Crane Rentals was also the subject of a "feel good" publicity article this past December in the local Sault Ste. Marie newspaper:


Thank you to David Selvers, President Millenium Crane Rentals for sharing his pictures with Superior Media. The following photo gallery speaks for itself.

In honour of the season, Algoma Steel Inc. is pleased to announce they have partnered with Millennium Crane Rentals to resurrect the Christmas Star. The Star was crafted back in the 1980’s by members of Algoma’s Central Trades group. Measuring 29-feet across, the steel framed star was wired with lights and hoisted high in the sky to shine bright over the Steelworks, bestowing goodwill and best wishes to the residents of Sault Ste. Marie.


UPDATE 2: Selvers also testified in the Elliot Lake mall disaster inquiry back in 2013.

On Monday, February 18, Selvers posted the following on Facebook in support of the Yellow Vest convoy which had arrive in Sault Ste. Marie: 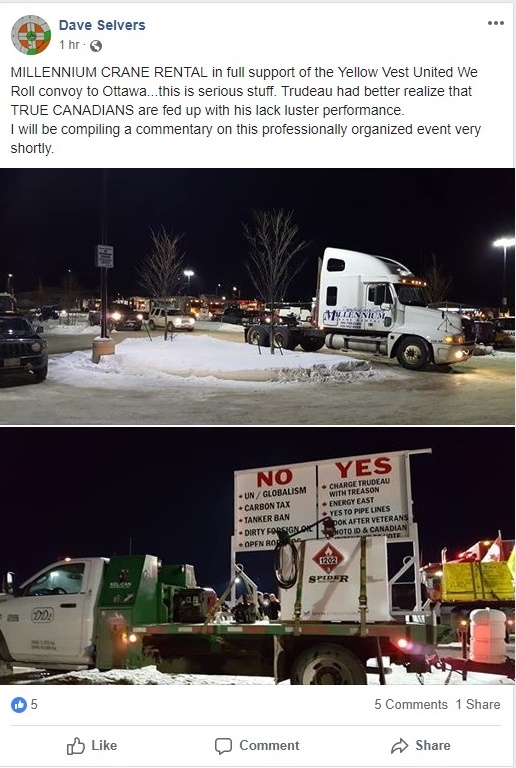 However as a result of the Canadian Anti-Hate Network article, he's received some blow back:

The Selvers blog post references the June 2017 Grenfell Tower fire in North Kennsington which resulted in the death of 72 people. It was not a terrorist attack, but which appears to be as a result of government negligence. Given his pronounced Islamophobia it isn't a surprise that he jumped to this conclusion and I suspect it is likely that he still believes it, especially based on the following reply: 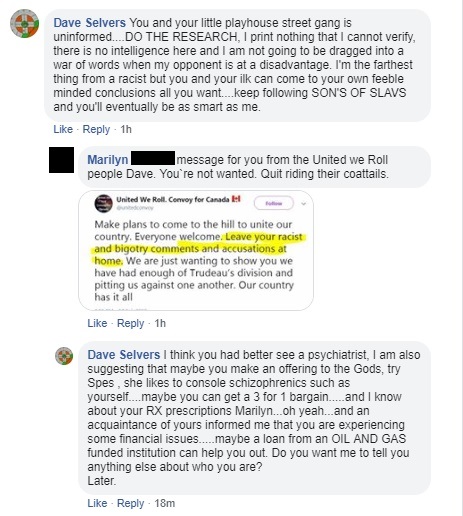 "I'm the farthest thing from a racist..."

Uhm.... does he know what the word "racist" means?

It doesn't take long to find examples of not only racism, but also incredibly sexist, homophobic, and violent rhetoric on his personal blog, a few examples of which I include below.

A word of warning though. I've been been running the blog for more than 11 years now and this among the worst I've read in years: 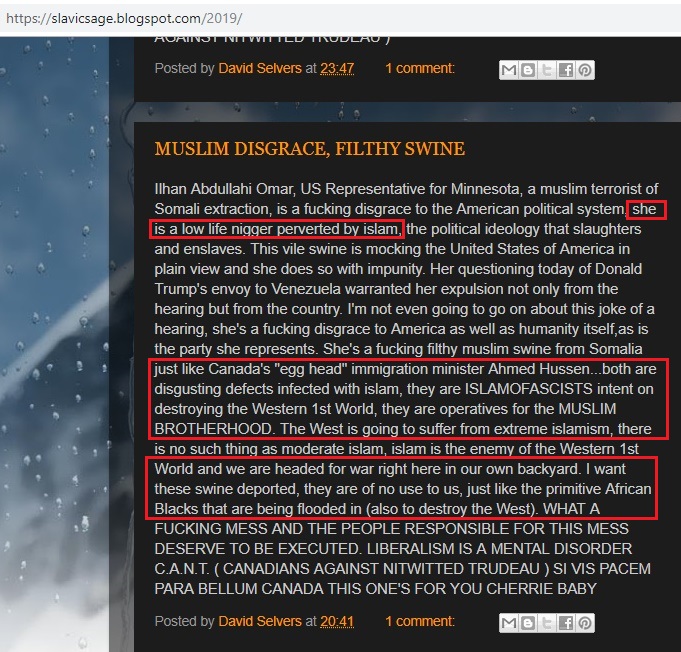 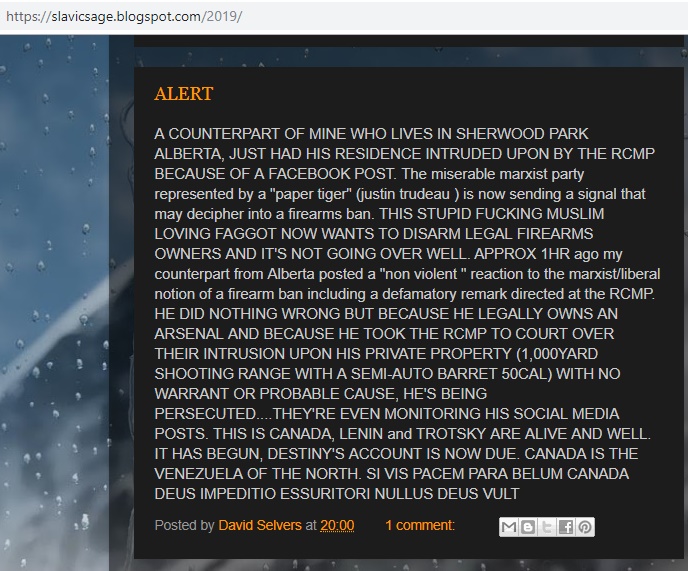 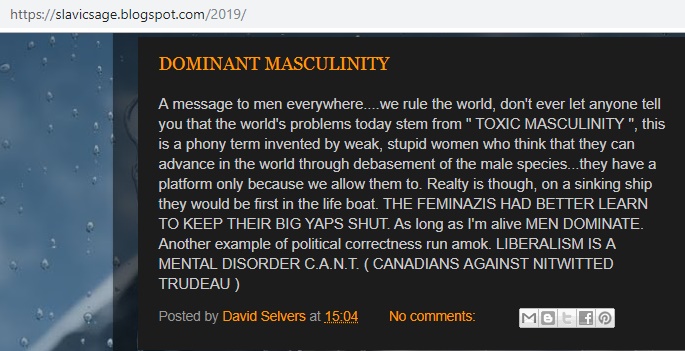 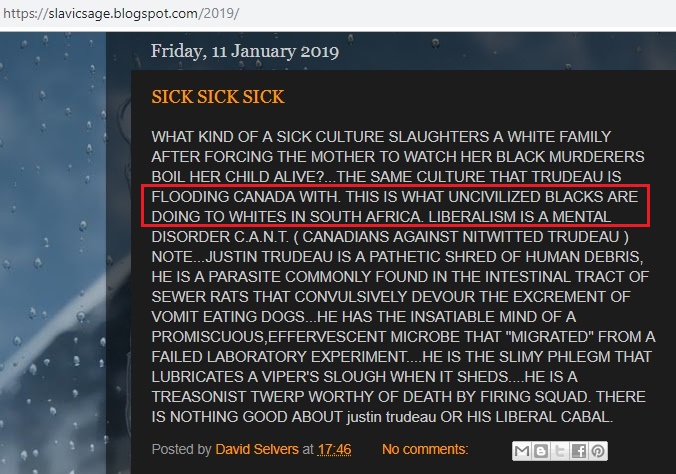 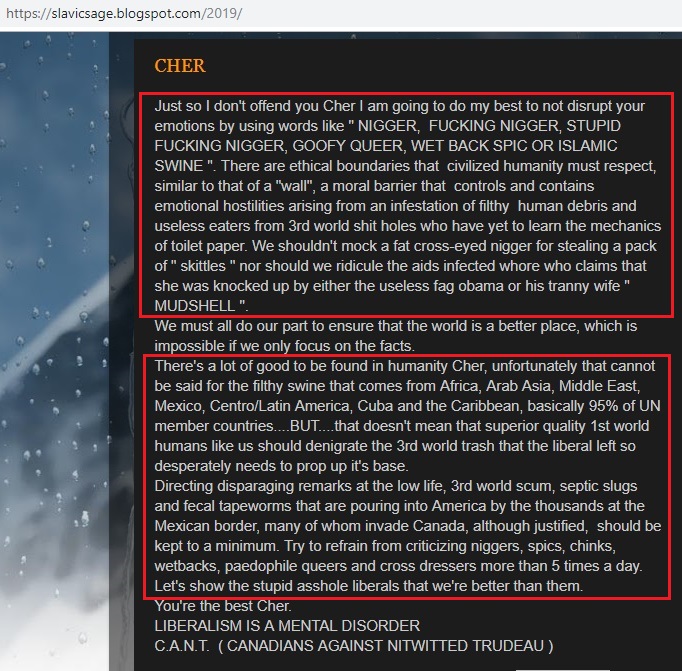 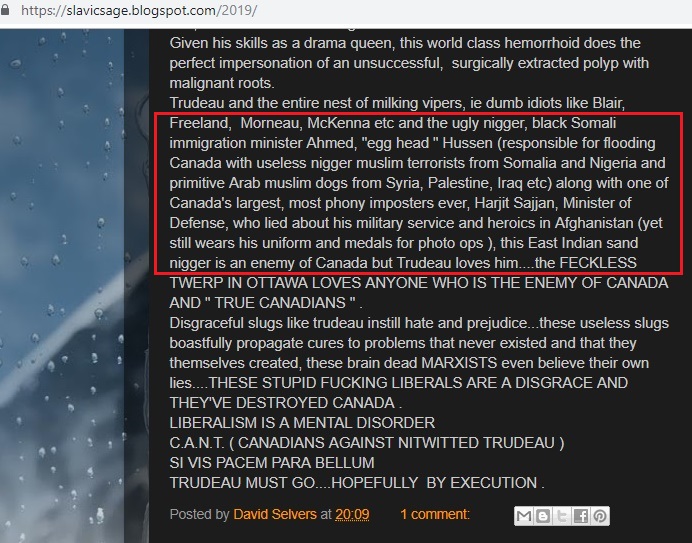 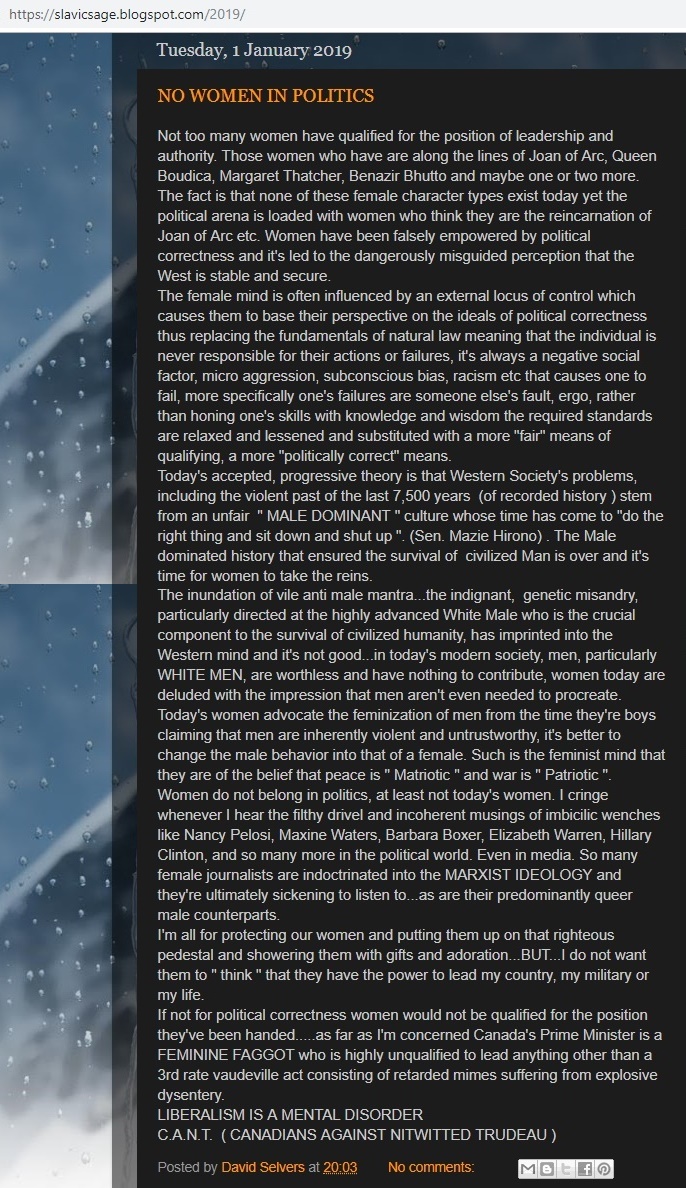 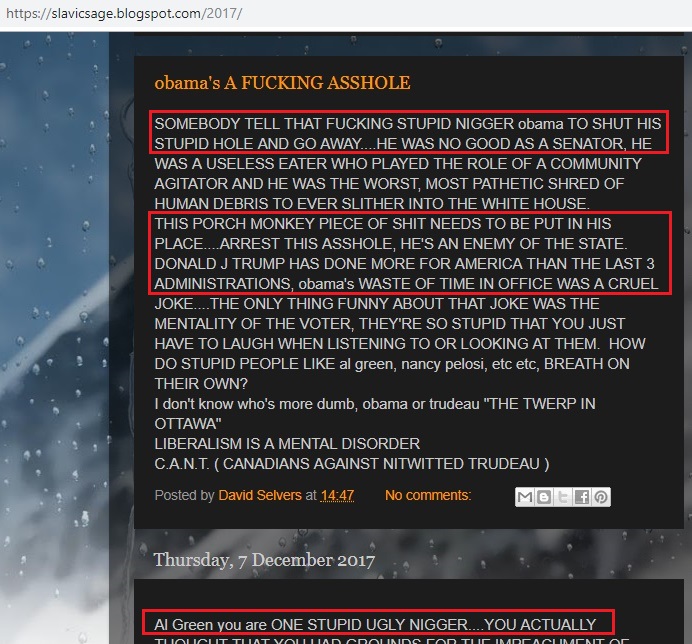 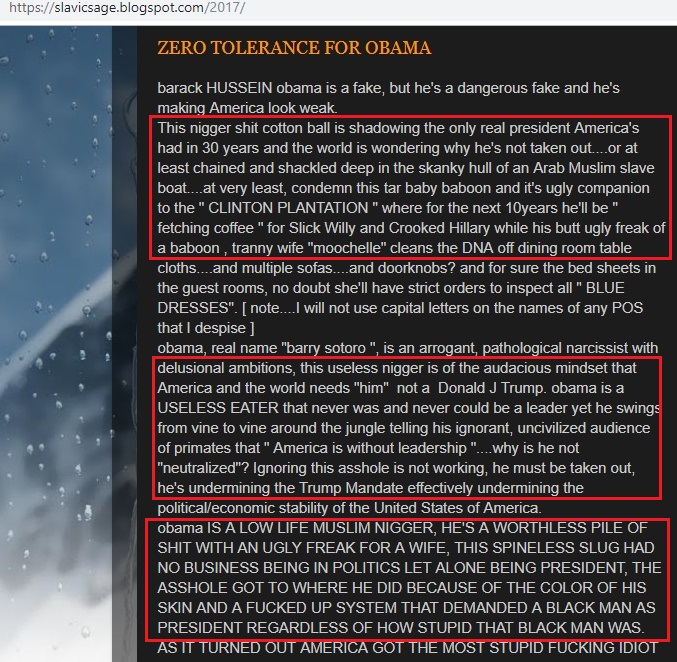 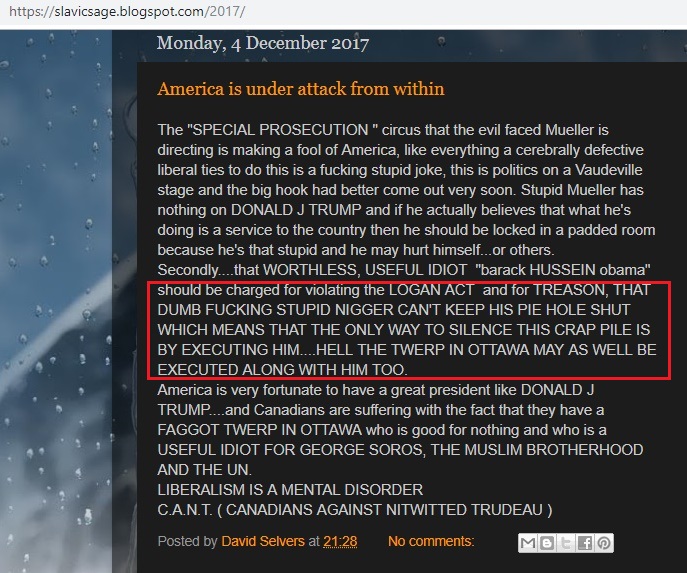 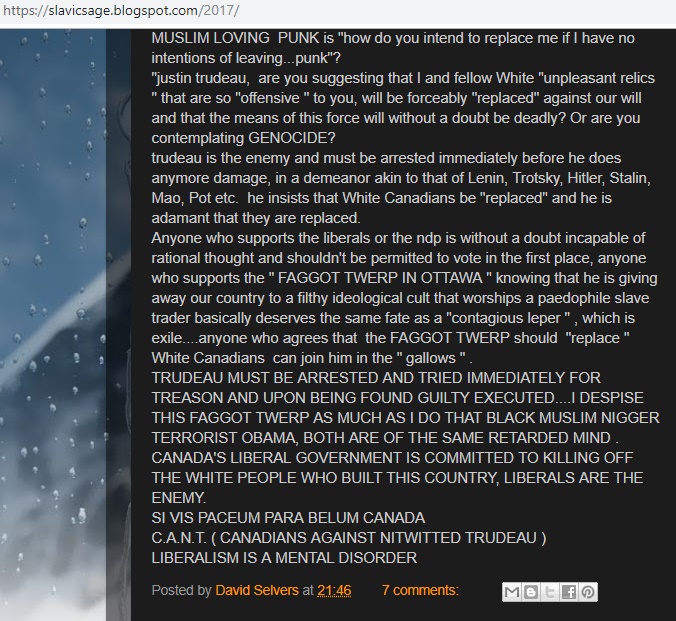 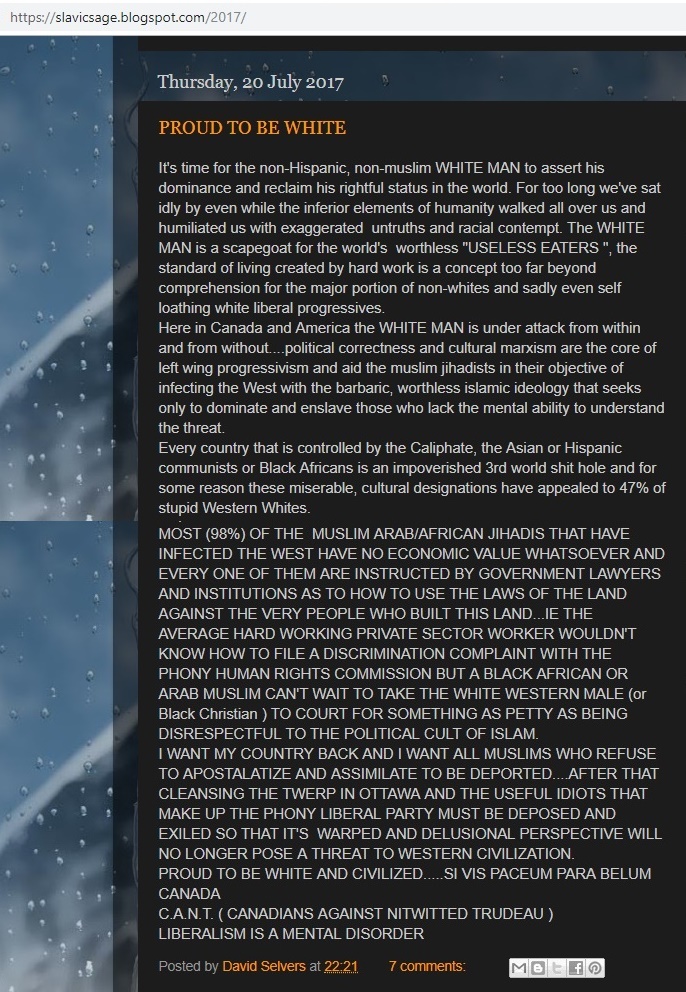 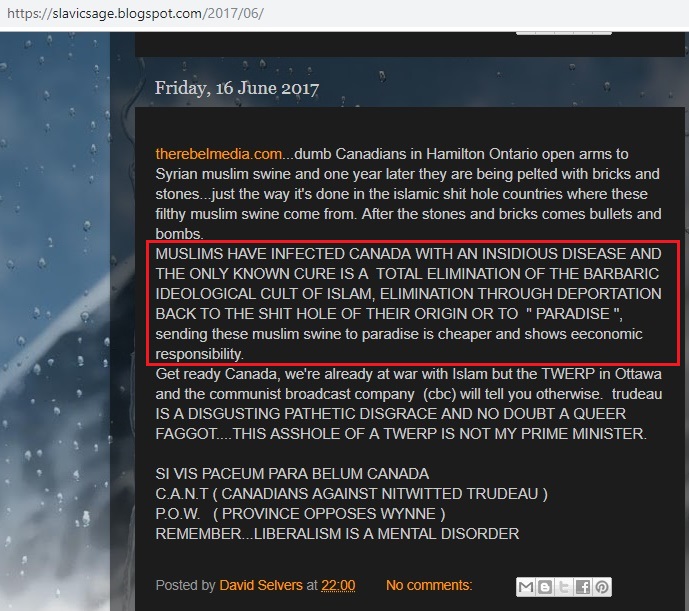 However what I find the be the among the most reprehensible of his posts is the one in which he uses the Humboldt Broncos tragedy in an effort to support his racist views:

This post is particularly galling when one learns that David Selvers and Millennium Crane Rentals were also held to be responsible in a workplace accident resulting in death: 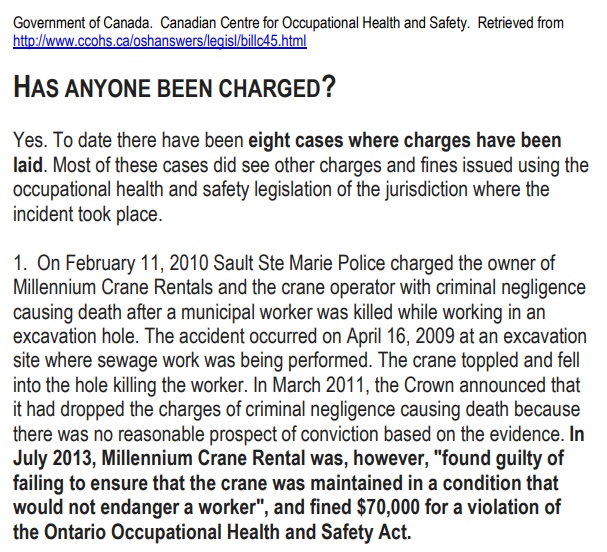 An April 2011 goes into more detail regarding why the criminal negligence charges were dropped:


Millenium Crane Rentals, owner David Brian Selvers and operator Anthony Vanderloo were charged with criminal negligence causing death after Sault Ste. Marie worker James Vecchio was killed by a mobile crane that fell into a hole where he was working on April 16, 2009. Another employee was also nearby but was unhurt. The charges accused Millennium, Selvers and Vanderloo of failing to take reasonable steps to ensure the crane was properly maintained, inspected, in good, safe operating condition and not having any mechanical difficulties.

The charges were made under Bill C-45, amendments made to the Criminal Code of Canada in 2004. It was the second time criminal charges have been laid in relation to a worker's death under the law and the first time an Ontario company faced charges of criminal negligence causing death.

However, the Crown has now dropped the criminal charges after it decided there was little chance of conviction based on the evidence available.

"To prove the charge of criminal negligence causing death, one of the elements the Crown would have to prove is causation: that the condition of the crane directly contributed in the death of Mr. Vecchio," assistant Crown attorney David Kirk told the Sault Star. “The engineering opinion in this case does not establish with certainty whether or not the braking capacity of the crane was able to stop the crane from entering the excavation.”

As a result, the Crown felt causation between the condition of the crane and Vecchio’s death couldn’t be proved beyond reasonable doubt.

In 2013 however, Millennium Crane Rentals was fined $70,000 for violation of the Occupational Health and Safety Act after having been found guilty "of failing to ensure that the crane was maintained in a condition that would not endanger a worker." A coroner's inquest into the tragedy was also held resulting in a jury accepting a number of CUPE’s recommendations to improve worker safety:


In particular, CUPE pushed for a tightening of rules and inspections concerning mobile cranes. The jury heard that, and accepted the need for clear certification procedures and annual inspections. We also pushed for mandatory carriage of air horns where heavy equipment is used, and the jury accepted that, too.....Beauchamp stressed how difficult it was for the many Local 3 members who were on site the day Vecchio was killed to appear before the inquest and relive the tragedy. “They lost a friend, a co-worker that day. They know his family lost a dad and a husband. They understood how important it was to get to the bottom of what happened so that everyone can do what’s needed to make sure this never happens again,” Beauchamp said.

So while I sometimes end an article with a pithy statement, in this case I've got nothing.

David Selvers, a racist hypocrite, can go fuck himself.

UPDATE 1: In news that will surprise no one, Selvers is also an antisemite. 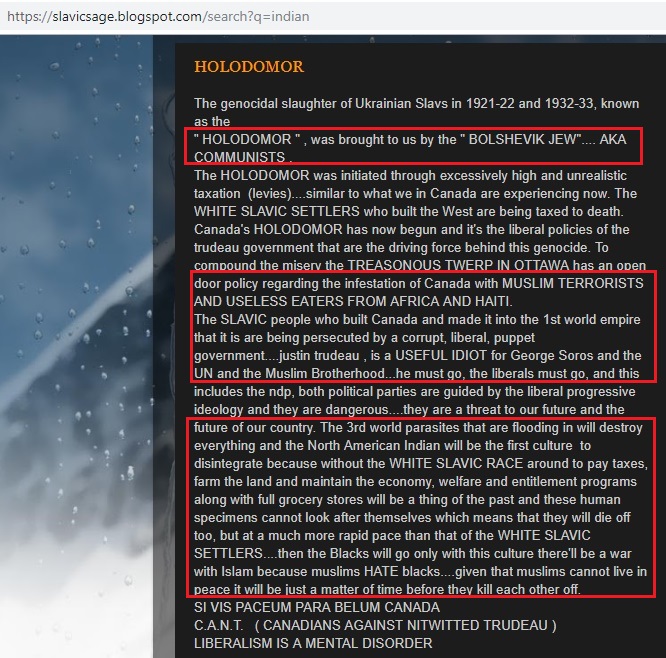 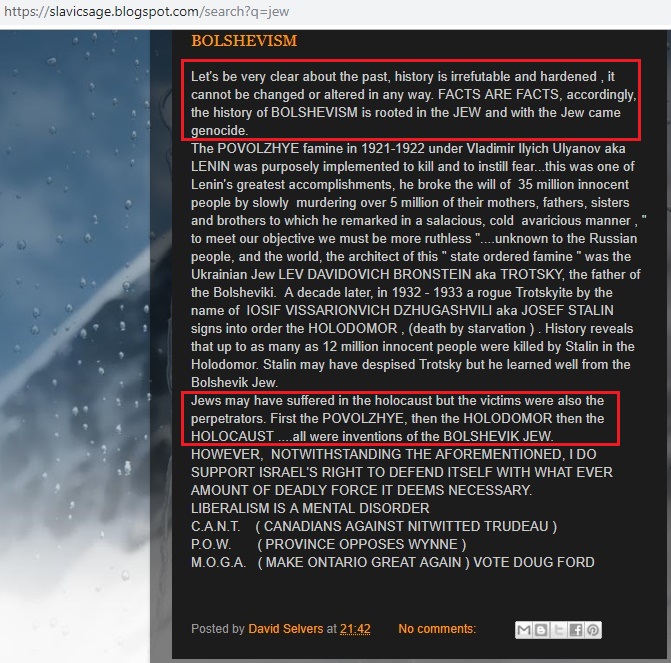 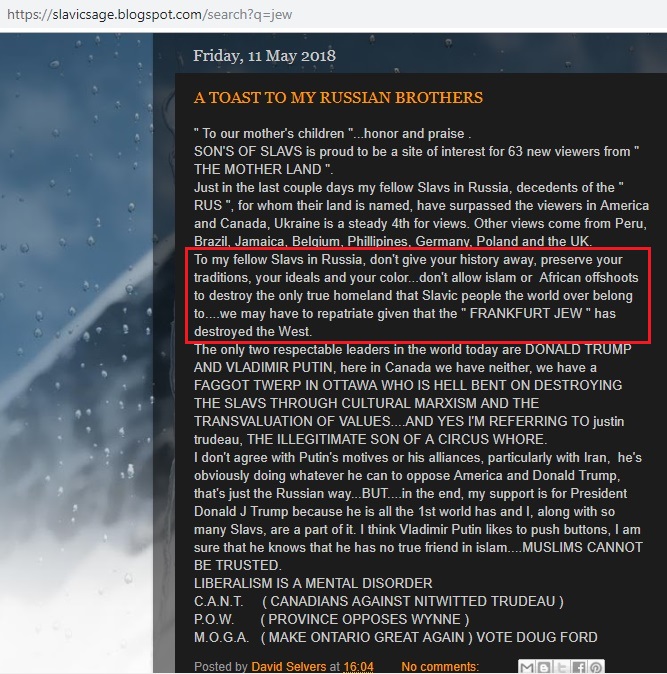 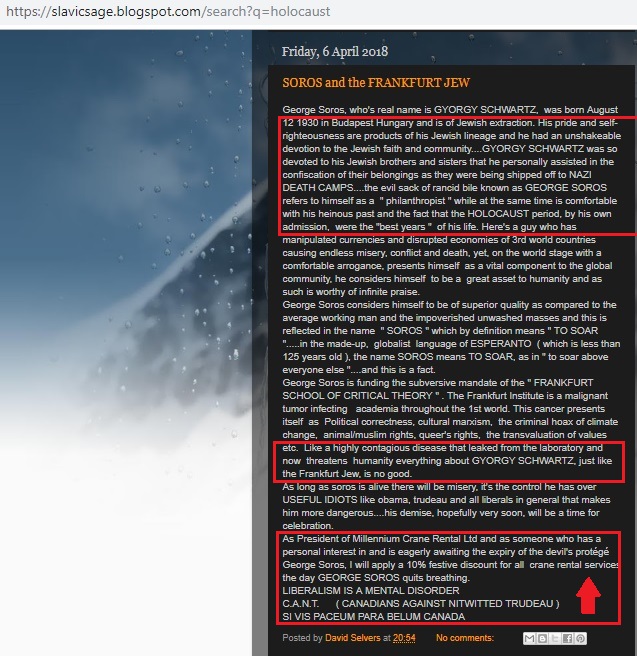 Interesting how his "organization" is called CANT. Is that a statement that they're really super incompetent (like he is at running a crane company, apparently), or that they're just full of...wait for it...cant?