I had asked the folks at Yellow Vests Canada Exposed for a brief overview of the event. This is what they were kind enough to provide:


As I have mentioned via our Facebook and Twitter pages, I was at the 'United We Roll' yellow vest rally in Ottawa. To me, the most important thing worth mentioning about the rally was the low numbers.

I counted 90 trucks, which was a far cry from the hundreds promised. Before the rally I predicted 80. I counted 200-300 people, but others have counted less than 200. Before the rally I predicted 400-500. There were also around 50 counter protesters. When the trucks finally rolled out, there were more counter protesters left than supporters watching them leave.

I did personally view representatives from a few couple hate groups, mainly C3 and Northern Guard. I also saw other far right figures. Faith Goldy was in attendance, as well as lesser known figures such as Derek Storie and Rick Boswick. I believe some of the yellow vest supporters were Proud Boys, but I was unable to verify. 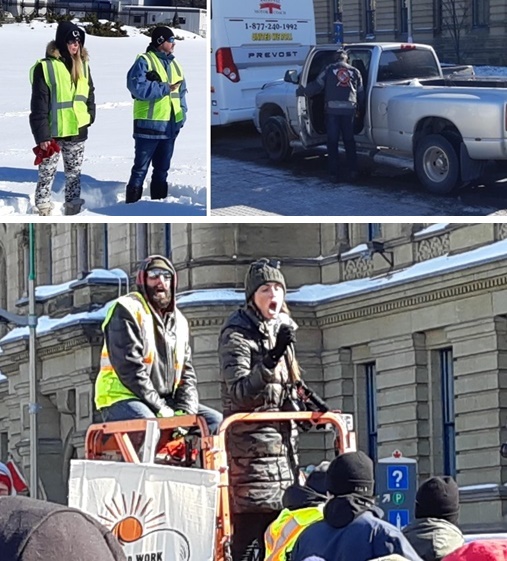 I did witness one Yellow Vest supporter shouting into a bull horn at the mostly indigenous counter protesters, that 'oil pays for their welfare'. I also saw Derek Storie and Pat King (UWR organizer) mocking the indigenous drumming. The loudest crowd I heard, was when Faith Goldy stood on the lift truck. Lots of booing, and chants of  'nazi scum, off our streets', and 'Faith Goldy's a nazi'. They kept using the horns on the semis to drown out the counter protesters. It was really obnoxious, which if I could use one word to describe the entire rally, that would be it.

This next picture made the whole experience worth it though. 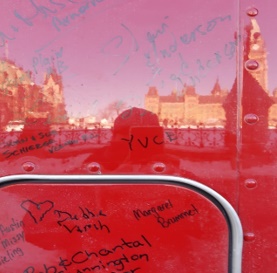 In short, the "United We Roll"/Yellow Vests Convoy to Ottawa turned out to be at best disappointing and at worst a PR disaster that politicians who embraced it are now trying to justify in light of the white nationalist ties:


And thanks to this find by YVC Exposed, there's more.

Since the end of the convoy there have been accusations of financial irregularities, personal rivalries coming out into the open, and anger over how participants were treated. One of those individuals, Bruce Ruddi, posted the following video to Facebook. The video is over two hours in length (I didn't have time to cut out the juicy parts) and there's a fair amount of shouting, but it is worth watching if only to see how quickly these reactionaries turn on each other:

That was painful to watch...do yourself a favour, these clowns speak as slow as they think, bump the speed up to 1.5. Its like watching monkeys playing with shit and they think they are going to save Canada. I cant even believe any of them could hold down a full time job.