We had been hearing about plans for an anti-Muslim rally to be held in Grand Prairie, AB tomorrow, however it seems that they have hit a wee bit of a snag:

And while they blame "antifa", Trudeau, communists, George Soros, and the boogyman hiding under their beds, it looks like it might have been the groups' involved own extremist views that caused the government of the community to reconsider the wisdom of issuing a permit: 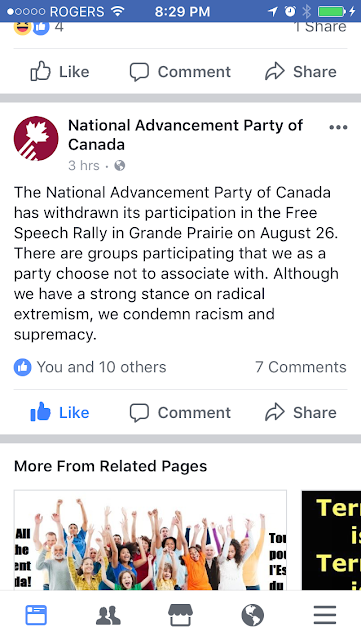 In the meantime, there's another anti-Muslim protest scheduled now to take place in Edmonton for Thursday next week: 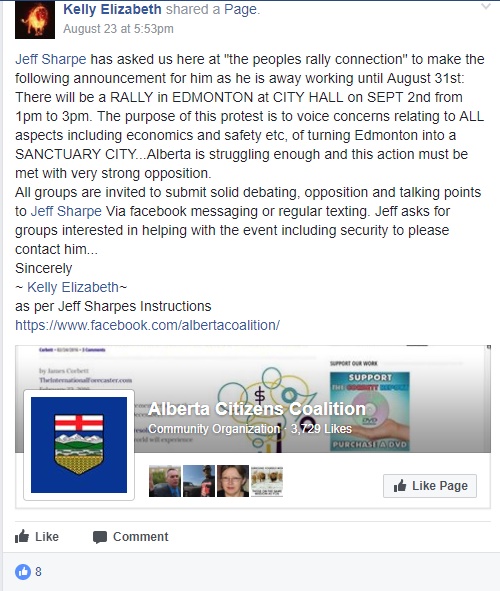 Jeff Sharpe and his Alberta Citizens Coalition has been the focus of a few articles here. At one time he and Joey DeLuca of the WCAI were in a dispute, but they seem to be getting along nicely now.

In any case Sharpe himself has been involved in a number of anti-government (national and provincial) causes as well as anti-Muslim rallies. He's also somewhat of a conspiracy theorist: 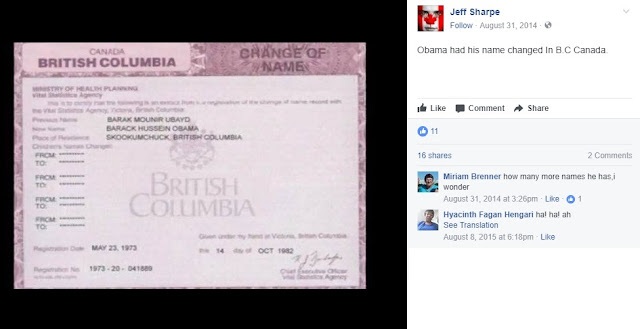 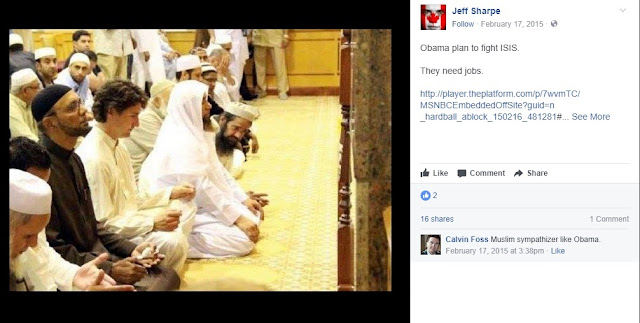 And to give you an idea of the quality of the folks who may turn up to one of his events, note the comments left on this photo of Sharpe posing with former Wild Rose Party leader and now United Conservative Party of Alberta leadership candidate Brian Jean (this post promoting a September 2 protest): 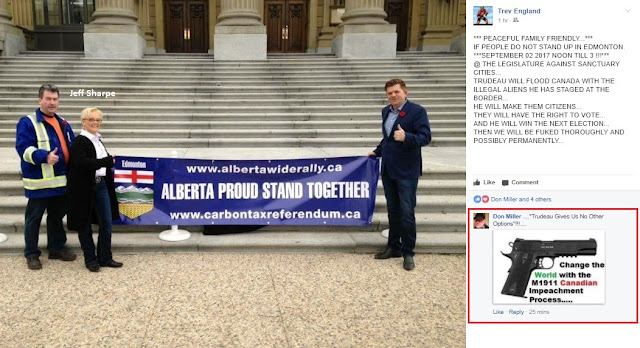 Right.... because nothing says "peaceful" like someone making the implication Don Miller is making here.
Posted by Nosferatu200 at 17:32