Canadian Immigration Report and the Quebec Education System: Well, THIS Is Interesting

We didn't have a great deal of time earlier today to discuss the story regarding the group Canadian Immigration Report (CIR) and their invitation, since withdrawn, to be witnesses at the Standing Committee on Citizenship and Immigration. As far as we can tell the story was first made public by the NDP and was later picked up by the msm and bloggers.

We had come across the CIR some time ago but we started significant attention once they interviewed Kyle McKee who was speaking for Blood & Honour in Calgary (we'll post the screen shots of the interview on the CIR website at the bottom of the page). The agenda of the CIR is clear as day if one simply spends three minutes examining the website, however our concern is that they have attempted to surreptitiously influence the education system of Quebec in a small way.

You see, one of the CIR members who was invited by the Conservatives to act as witnesses is also an author: 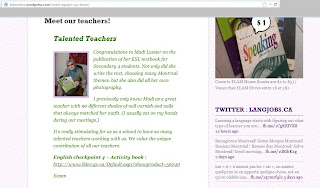 Madi Lussier also promotes the book, which she describes as a, "school book published in Quebec [that] encourages debate on immigration and multiculturalism" on the CIR website: 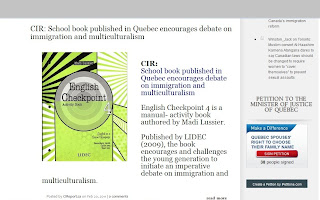 What are some of Ms. Lussier's own views on immigration and multiculturalism? A few of her comments which she evidently sent to Jason Kenney this past August (meaning the Conservatives perhaps should have been aware of these people):

"If you want to protect and preserve Canada, stop immigration for at least 50 years."

"Do not humiliate hard working Canadians forcing them to pay for parasitical immigrants."

"Shifting immigration from European to non-European was not only a huge mistake, but also a cultural crime."

"Canada IS a Christian country, founded by French, English and Aboriginal peoples."

"Jason (allow me to call you Jason), I deeply respect and admire you.I hope that one day I’ll have the honour of meeting with you and discussing immigration related issues."


The text of the book she has published, at least that which we were able to look at online, seems a wee bit one sided as well: 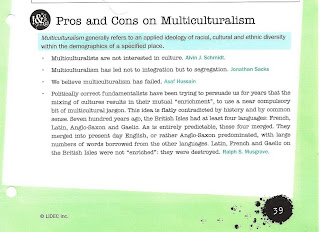 But here's the question we have.


Are any schools in Quebec using this book?

Given the content and the author's intent, we think that this should be cause for some concern.

If you attend any institution of learning in Quebec and have seen this book, we would ask that you contact us and, more importantly, the Ministère de l'éducation.

And if you are especially interested, here is the complete interview that the CIR did with a man with a long and violent criminal record and who is currently in jail awaiting trial on assault and weapons charge: