We missed this as we were still covering the aftermath of the failed bonehead march on the 19th in Calgary (that, and our Quebec intel sort of sucks), however we thought that our readers might be able to help us learn more about this cat:

Updated: Tue Mar. 22 2011 6:24:27 PM
ctvmontreal.ca
MONTREAL — A 22-year-old self-confessed racist skinhead was found guilty Tuesday of violently assaulting several people within just a few short minutes.
A second teen was found guilty of the same crimes in youth court.
The attacks happened in downtown Montreal in 2008.
The victims had one thing in common: they were non-whites.
Leclerc was part of a racist skinhead group of teens who randomly attacked several young men of Arab origin on Ste-Catherine Street.
One victim suffered deep knife wounds. Leclerc and his friends ran away. The three tried to escape by jumping into a taxi cab nearby on Jeanne-Mance.
The driver was black and they yelled racist insults, then violently punched him. Then they spotted a second cabbie who was Arab.
He was the next one to suffer from the young group's violent rage.
In court, Leclerc made no secret of his white supremacist ideology .
The Crown said there was not enough evidence to charge them under Canada's anti hate laws.
Leclerc has a tattoo on his arm which reads white power. The prosecutor said he plans to use the shocking circumstances of the attack to demand a lengthy jail sentence.
There is also a video found on the right from which the following stills come from: 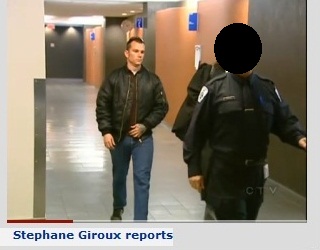 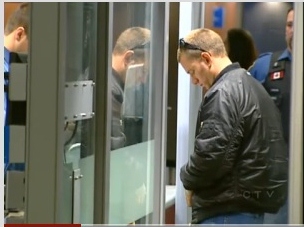 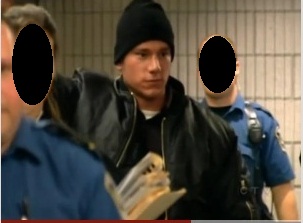 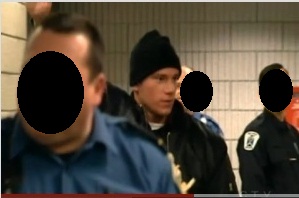 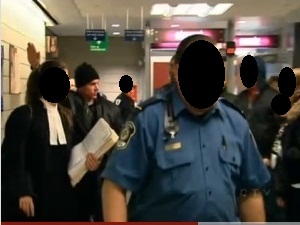 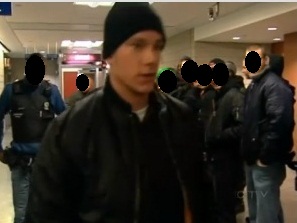 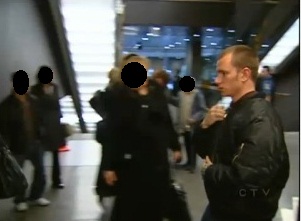 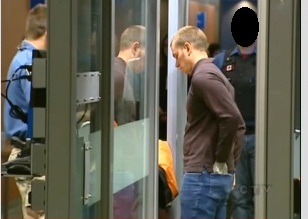 If any of our readers have more information on Julien Leclerc, please send it our way.