White Supremacist Believed to Have Been Killed By Police in Nanaimo 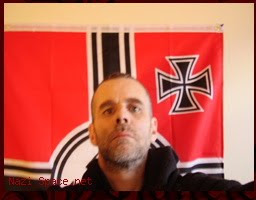 Jeff Hughes, better known on Stormfront as "nish in exile" is reported to have been shot and killed by R.C.M.P. officers in Nanaimo, B.C.:

The fatal shooting of a 48-year-old man by Nanaimo police outside a Selby Street apartment on Friday morning came as little surprise to some neighbourhood residents.

The 6 a.m. RCMP response to a noise complaint at the property was not an unusual occurrence according to neighbours, some of whom reported hearing multiple gunshots. Drug-related problems are common in the area, they said.

Nanaimo RCMP officials turned over the shooting investigation to the Vancouver Island Integrated Major Crime Unit and said they have previously visited the building from disturbance and noise complaints. In June, RCMP investigated a complaint of two men shooting at each other in the area.

Friday's incident began when officers called to 531 Selby St. encountered a 48-year-old man. Police called in the emergency response team and a police dog, "given the nature of the subject's response to police." Officials would not elaborate.

Police said multiple shots were fired after the man came outside the residence and confronted officers, who were waiting for the arrival of the specialized teams. Witnesses report hearing as many as 10 gunshots. Several residents who looked outside saw several officers crouched with guns drawn and heard police yell "drop your weapon."

RCMP officials will not say if the man was armed, how many shots were fired or if more than one officer shot at the man.

The victim died outside, where his body was blocked from view by sheets strung along property fences. It was removed about nine hours later. His identity was withheld pending notification of next of kin. No one else was injured.

"If our officers used lethal force, they're faced with death or grievous bodily harm," said RCMP E-Division spokesman Sgt. Rob Vermeulen late Friday. "The RCMP regrets this tragic loss of life and is co-operating fully in this investigation."

Police continue to gather and confirm details and have not determined who shot the man. They would not say if other use of force options, such as a Taser, were used.

Vermeulen said the event was "very traumatic" for officers involved, who are being offered counselling and other support.

The area is often plagued with a transient population and police said it is not uncommon to respond to drug or prostitution-related problems or disturbances.

Andrea Roy, who recently moved to the area, was not surprised.

It's the reality of the area, said Roy, whose backyard overlooked the fatal scene.

One woman who lives in the building told media the shooting "reminds me of the old days" and was unsettled by the violence. She reported she heard door-slamming and swearing in the hours before the shooting.

John Bosch, who has managed a nearby building for nearly a decade, said he was not shocked that shots were fired only metres away from his downtown home.

Several residents brought up the subject of gang warfare in the Lower Mainland and said they were not surprised violence has spilled over.

"These days it happens quite often," said Bosch.

Sisters Tanya and Cyndi Touchie have lived in the area their entire lives and neither was surprised by the shooting.

"It's where all the action is," said Tanya.

Earlier this year, Nanaimo RCMP responded to the same building after reports that two men where shooting each other. Police said at the time that the gunfire was believed to be linked to the drug trade. No one was injured in that incident.

"It's really sad that nobody is surprised," said neighbour William Overnes, 41, who recently moved into the neighbourhood. "You look at the desperation of people around drugs. A lot of people don't realize what happens in the underworld."

Victoria Police investigators with VIIMCU will lead the investigation, which will be monitored by a senior officer, in the interest of impartiality, said officials. An independent observer with The Commission for Public Complaints Against the RCMP will also be involved.

It is the third police-involved shooting on Vancouver Island this year.

Last month, a 40-year-old Chemainus man was injured after he was shot by police after a traffic stop.
In March, a 39-year-old Duncan man was shot and killed in his trailer home after police said other efforts to subdue him failed.

The last time police in Nanaimo shot and killed a person was in 1996, involving a man armed with a knife near the Departure Bay B.C. Ferries terminal. 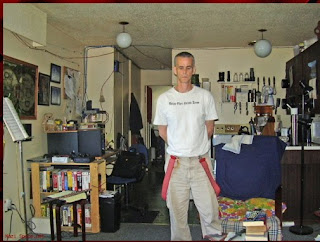 Hughes was an infrequent poster on Stormfront though he had been a member since 2003 and had begun posting more frequently on the hate site. He was also a relatively well known individual within the White Supremacist movement in Canada. He is known to have attended the CHRT hearing against Jessica Beaumont in Vancouver in Dec. 2006. He also attended the Volksfront Canada anniversary where Paul Fromm spoke on October 16 as well as the "George Orwell Free Speech Dinner" attended by Fromm, Lemire, the Fourniers and hosted by Doug Christie. Hughes also had a profile on a number of social networking sites, including the hate site MySpace knockoff, Nazi Space. 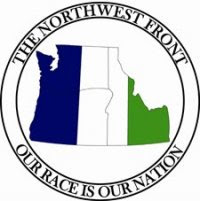 Imparative." This movement was linked to Covington's efforts to create an, "Aryan Homeland" in the Pacific Northwest and was to include Idaho, Oregon, Washington and, presumably, British Columbia in whole or in part. Covington and Hughes appear to have a history that goes back at least a few years.
It's unlikely that Hughes had any appreciable support for his efforts to create a Canadian branch of Covington's movement (which in itself seems to be little more than a web fantasy) as the Canadian website administered by Hughes was shut down in 2006, though Hughes was until recently promoting the movement on a Facebook page.
This wasn't Hughes' first run-in with law enforcement:

Hughes had been posting messages on Stormfront since 2003 (though he appears to have started posting on Stormfront while it was a BBS in the 1990s and had returned after a few years) , however he was never a prolific poster. His output had picked up in 2009 with his last posted message on October 19, 2009. Many of his posts upon his return to Stormfront were laments about the loneliness of his then current existence: 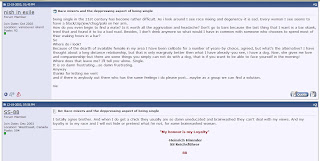 Towards the end he was promoting his failed movement and discredited Holocaust denial:

As we said we still aren't sure of the circumstances behind Hughes' death, however that hasn't stopped the boneheads from calling it a police murder (and what a surprise that it would be Bill Noble who would be among the first to suggest murder by floating the idea of Hughes' death being the result of a, "revenge killing" by the police):

Add Hughes as another example of a sad and pathetic wasted life. We take no pleasure in learning of his death, but it does serve to illustrate the emptiness of the life he led. 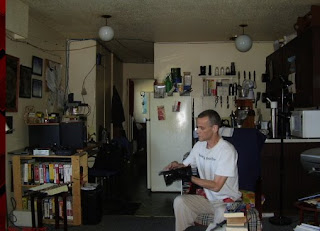 Very, very neat and tidy apartment that skin-head had.