2020 hasn't been kind to Kevin. Johnston was taken to court by the city of Mississauga for what appears to be improperly placed campaign signs during his failed mayoral run.

Johnston, who lost a massive lawsuit filed by Mohamad Fakih to the tune of $2.5 million, is also currently facing hate crimes charges.

It seems his life has fallen apart:


Soon after, Johnston was hit with another blow - a $74,000 fine for improperly placed campaign signs. 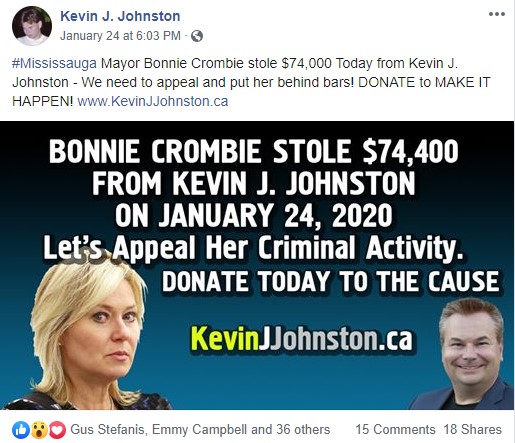 He was subsequently arrested and jailed on February 2, 2020. The story behind this is a bit hazy, but as best as we can tell, the charge is due to his alleged intimidation and harassment of a prosecutor.

A recent livestream from Rick Boswick and Ed Jamnisek (both of whom had previously harassed Mohamad Fakih, Johnston's defamation victim) indicate that the incident involved the prosecutor in the campaign signs case:

We reviewed the video they reference, and Johnston clearly reads out the license plate number and provides the name of the prosecutor.

We are sure there's more to this story, and we'll update as more information becomes available.

UPDATE: We had heard from a few people that the encounter Johnston was arrested for involved him approaching the crown prosecutor in his hate crimes case. We had our own suspicions that was the reason, but couldn't substantiate it. Another live stream with Ed Jamnisek and Michael Arana clear up the video in question.

In the live stream Jamnisek and Arana describe a different video - one in which Johnston approached the prosecutor in a grocery store and demanded to know "when the case would be dropped or what his plans were":


Of note is that in the stream with Boswick and Jamnisek, Boswick describes a video where Johnston approached the prosecutor outside the courthouse just prior to another hearing in the case against Johnston for illegally placed campaign signs. Jamnisek didn't correct Boswick at the time, despite the fact that it seems he knew it was related to the hate crimes case (it's unclear whether this was an oversight, a miscommunication, or otherwise.)

Jamnisek describes some of the bail hearing, where the hate crimes charges played a central role:


We will update as more develops. 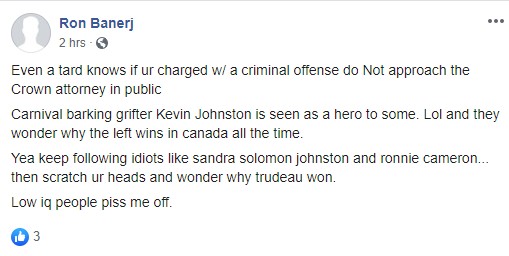 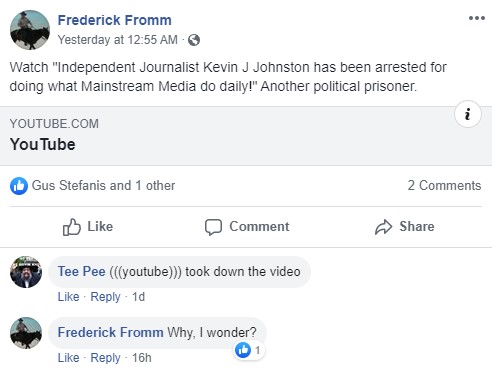 Blaming Jews for a non-existent problem - the posted video is certainly still up. 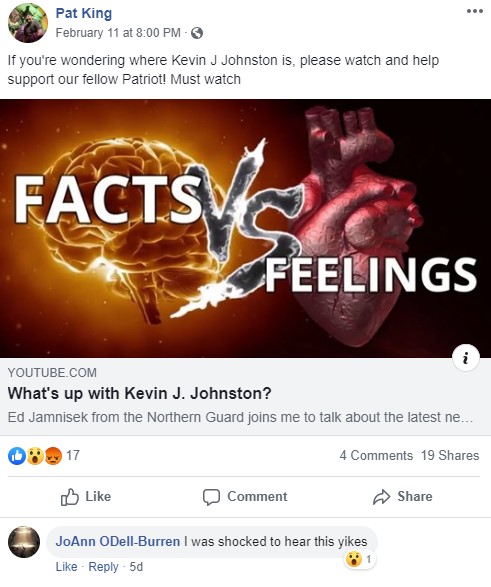