It looks like the trail might be winding down and that final statements could be as early as Monday. Earlier in the week Paulie continued to offer his $0.02 regarding the legitimacy of the Crown's expert witness: 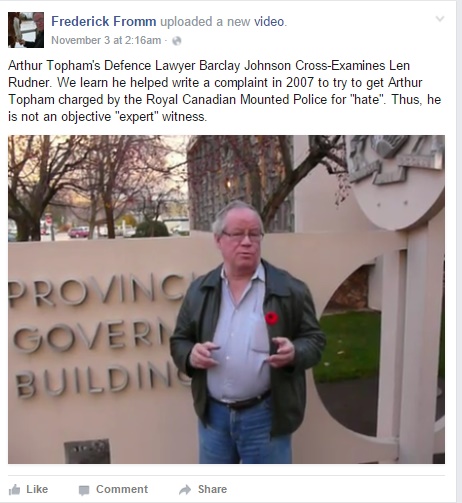 We suppose there is some irony in Paulie impugning the objectivity of the the Crown's expert witness ( we've been told that the defense motioned for a mistrial based on supposed improperly sourced expert witness testimony for the Crown) since the only witness the defence appears to have called doesn't seem particularly objective himself. In fact, when Gilad Atzmon testified on behalf of the defence, the judge appears to have slapped him and the defence attorney down a number times and also seems to have called into question the "expertness" of Mr. Atzmon: 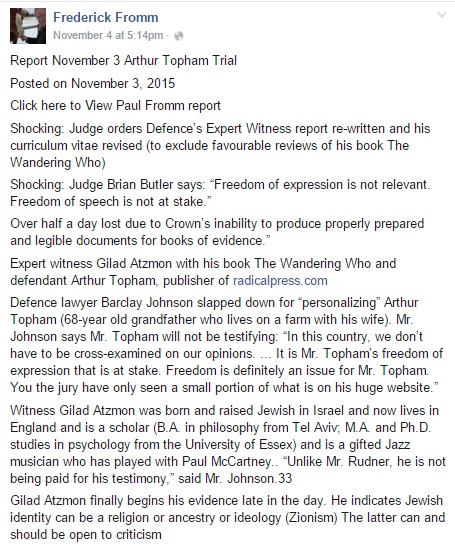 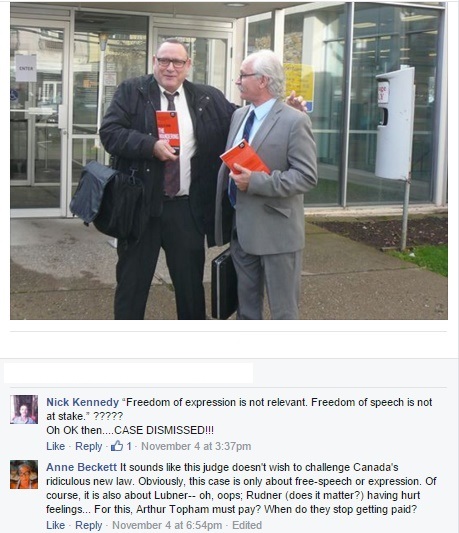 What might also call Mr. Atzmon's "expert" judgement into question is his assertion that The Protocols of the Elders of Zion is a legitmate document and represents the truth of a Jewish cabal bent on world conquest; as noted here and elsewhere, the Protocols have time and time again been proven to be fraudulent. 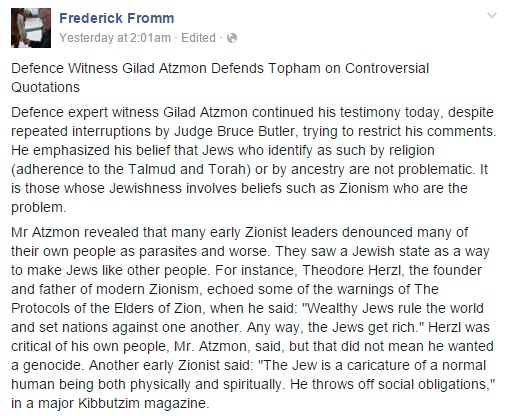 Though the testimony from the defence's "expert" witness looks pretty flimsy from our vantage point, Mr. Atzmon himself is rather smug regarding his contribution: 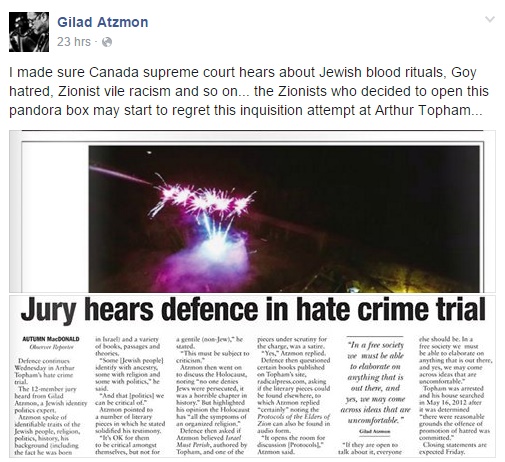