We've gotten a lot of positive feedback regarding our SOS Stooges series. However, we have discovered that not all of our readers are fans: 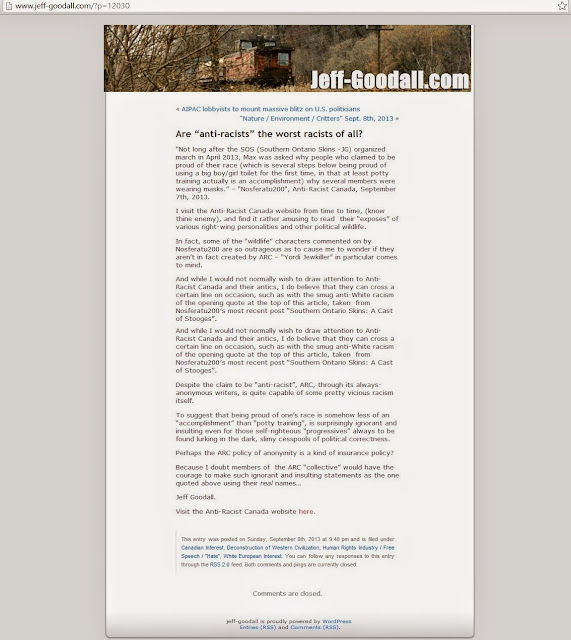 We first wrote about Goodall when BCL noted that Ontario MPP Randy Hillier posted a link to an article on Goodall's blog. BCL further observed that Goodall had made some rather bigoted comments about African-Canadians while we couldn't help notice his shout-out to Kyle McKee's Blood & Honour out of Calgary suggesting they were classier than the Calgary Police.

An examination of Goodall's blog quickly indicates the sort of person he is. Anti-immigrant, anti-Jew, anti-LGBTQ, anti-Black.

And now he wants to be an Oshawa city councilor: 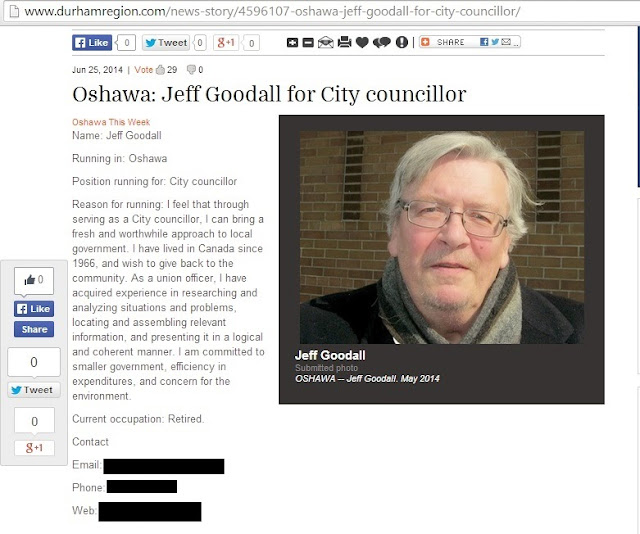 To be honest, we actually never really paid lot of attention to Goodall until now, though given what we've learned that will change. Really, it something that we should have picked up on right away because it's not as if Goodall is hiding his past association: 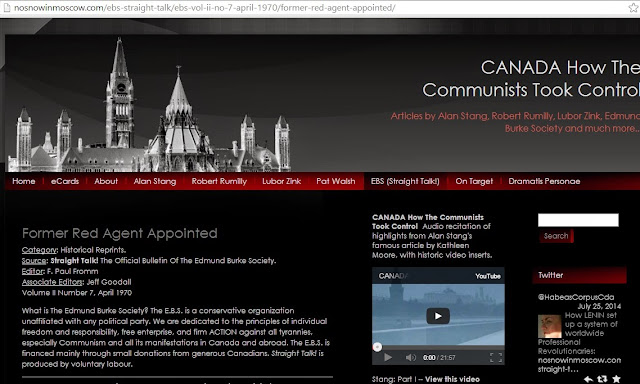 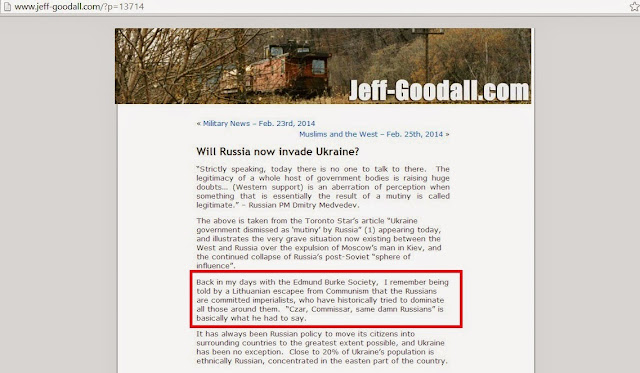 Jeff Goodall, like Paul Fromm and Don Andrews, was a member of the far right Edmund Burke Society. In fact, he was the associated editor of "Straight Talk!" which was the EBS (later the overtly neo-Nazi Western Guard) journal, the public relations officer, and the press officer for the Edmund Burke Society. And like Paulie, he styles himself a "free speech" advocate. But that characterization is problematic, something that is alluded to in the link previously provided:

I used to know Paul Fromm when we were both prominent in Toronto’s anti-Communist, street-fighting Edmund Burk Society, and he was still a student at the University of Toronto. Since those days, some forty-odd years ago, we have drifted apart, and we each have our own separate viewpoints and our own ways of doing things.

The Edmund Burke Society that both Paulie and Goodall were members of was not a society that favored free speech. In fact, they were violently opposed to speech that they disagreed with as is evident in our article, "A History of Violence." Perhaps the most infamous example of the EBS' effort to stifle dissent was their effort to silence William Kunstler who was speaking at the University of Toronto: 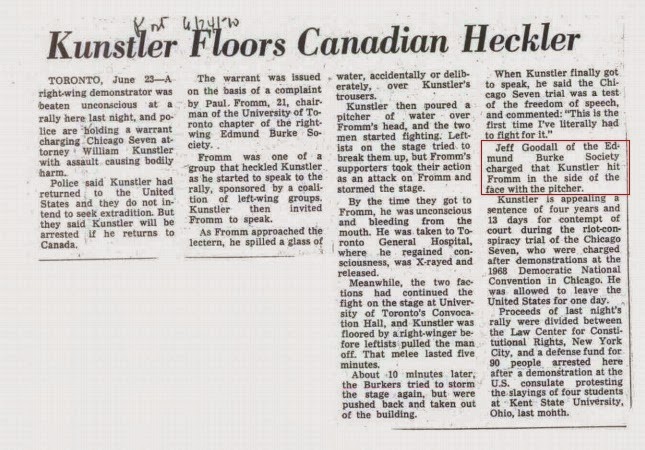 Perhaps Goodall's views have changed in the 40+ years that this particular incident occurred?

On a somewhat related note, while he still does seem to be fond of Paulie, his attitude towards another former EBS leader appears to be a little more strained: 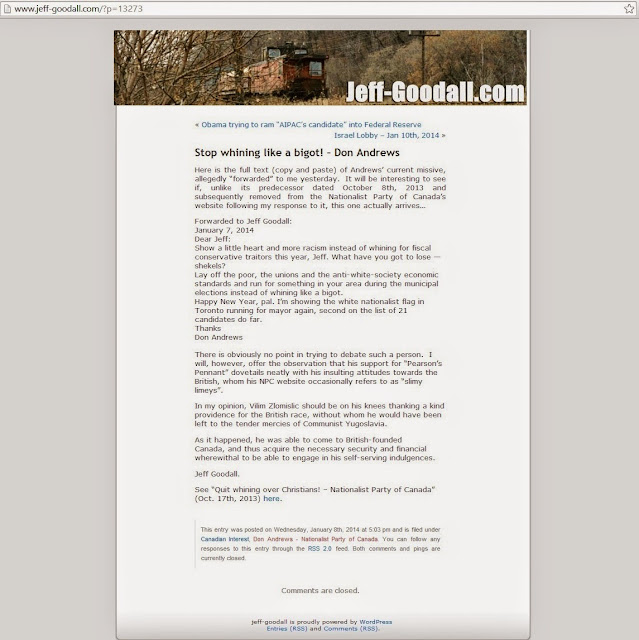 We'll have more on Jeff Goodall later.
Posted by Nosferatu200 at 05:20