And Now the Story Can Be Told 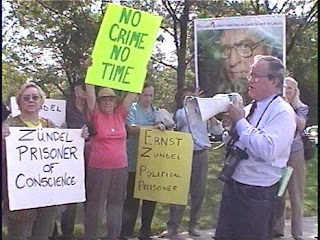 The One Peoples' Project ran a story about the lawsuit victory by Shane Martinez who was awarded $4,449.00 from the Toronto Police Service as a result from an incident that occurred after an Ernst Zundel rally on September 12, 2004. While we congratulate Mr. Martinez for his victory, that's not the reason why we wish to discuss this incident now. We would like to discuss what led to the confrontation at Jack Astor's Bar & Grill.

Fromm, Lemire, Melissa Guille and members of the Northern Alliance had held a rally in support of Ernst Zundel on the day of September 12, 2004. They were confronted by members of the ARA and other anti-racist activists. When the 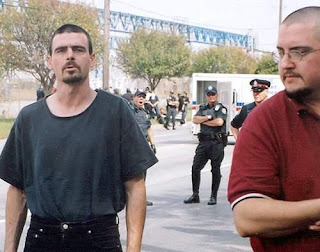 rally ended, Fromm and co. decided to have a bit of a celebratory drink at Jack Astor's, a well known bar in Toronto. Unfortunately for them, the ARA found out where they were and decided to pay them a bit of a visit.

If you were to listen to Fromm and friends, you would hear a description that would lead you to believe that what resulted was the Battle of Stalingrad revisited except in reverse. Of course the reality is far from the truth, however two members of the ARA, including Mr. Martinez, were arrested. While no charges were ultimately layed, the resultant police action is what resulted in the lawsuit. Now that the lawsuit has been resolved, we have been given permission to state how the ARA came to learn that Fromm and his followers were at Jack Astor's. 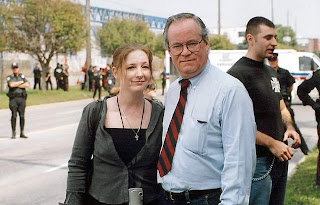 Fromm believes that the ARA followed them to the bar, however that's not true. In fact, the ARA had absolutely no idea where Fromm and the others with him had ended up. However, and unbeknownst to Fromm, a member of his group was a mole who readily provided the whereabouts of Fromm and the other protesters.

We have been given permission to reveal the name of the mole.

Mr. Fromm still probably doesn't realize that he was the one who let the ARA know where he and his little group were. Let us help by providing the details.

So, Paulie, do you remember getting a phone call that sounded something like this?

"Hi Paul, I'm sorry I missed the protest but I just got into town. Are people meeting up anywhere now?"

And do you remember, Paul, telling that person where you were and how to get their?

We're not sure if we've managed to jog your memory at all, but perhaps you can vaguely 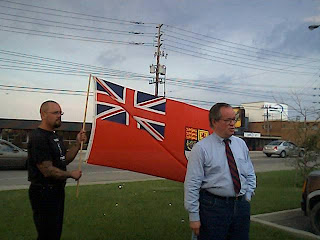 remember that short sequence of events.

When the ARA and other anti-racist activists arrived, Fromm and Lemire made a hasty retreat, their stubby little legs moving as fast as they could. Some time after things had calmed down, a surprised waitress found Fromm hiding in a storage closet in the kitchen. There is also apparently security video footage that shows Fromm and Lemire running for cover. If we can get a copy, we'll be happy to provide it to our readers.
Posted by Nosferatu200 at 18:50