#UBC has cancelled Andy Ngo's event! A huge thanks to everyone who made clear to UBC the threat posed by Andy Ngo and the fascist groups he associates with and attracts. Without the widespread public outcry, this never would have happened! pic.twitter.com/zAFYih1kVZ
— UBC Students Against Bigotry (@ubc_students) January 2, 2020

The organizer, The Free Speech Club, which isn't funded in any part nor an official club with UBC, but instead an independent organization, reacted, and is working with John Carpay's Justice Centre for Constitutional Freedoms. A letter was issued to UBC demanding they honour the agreement, and the university has until January 10 to respond before they take legal action. 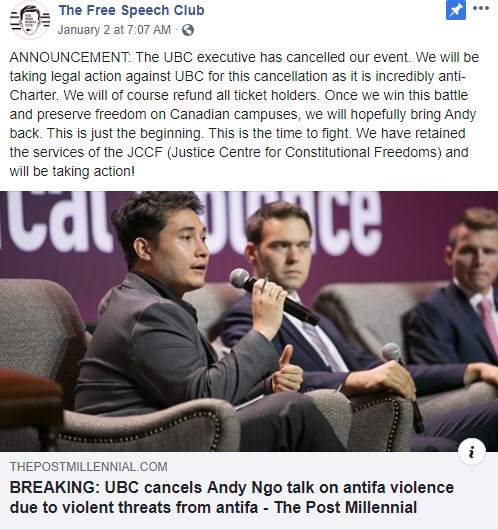 The Post Millennial, the far-right's favourite publication which still seems to think that the "concrete milkshake" lie in Portland is real despite being fully debunked, covered the story. They claim it was canceled due to "antifa threats." 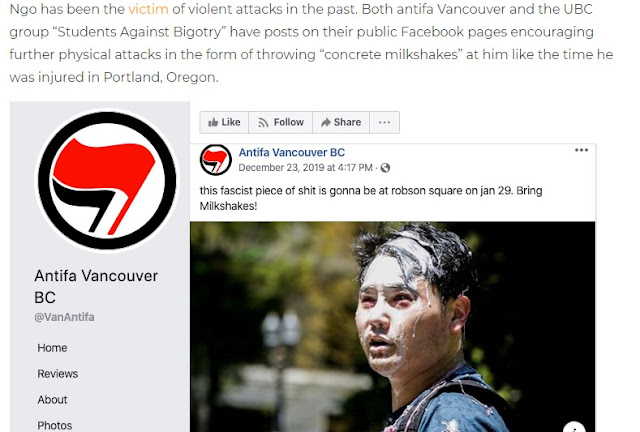 As an aside, we strongly suspect the cited "Antifa Facebook BC" page is a fake. 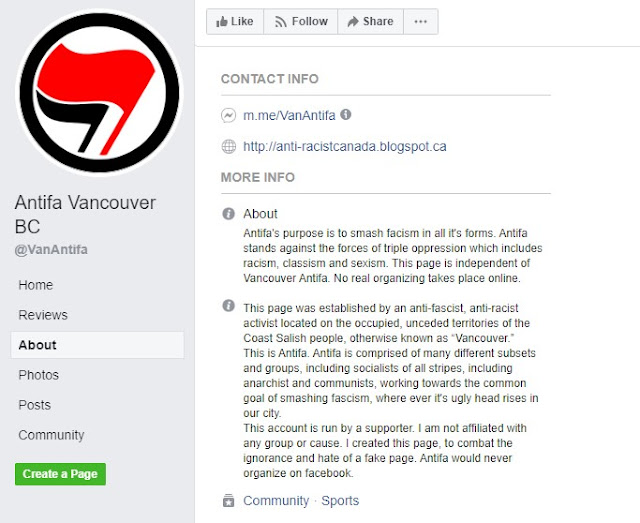 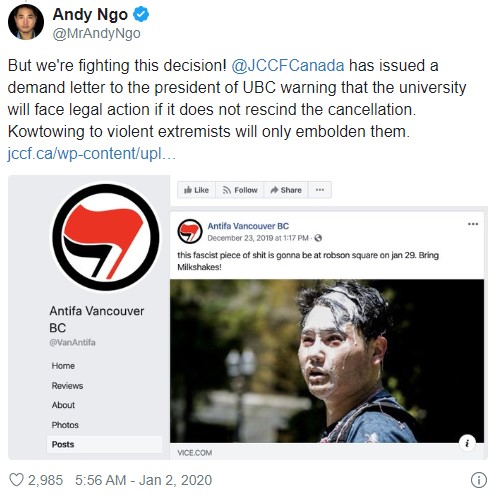 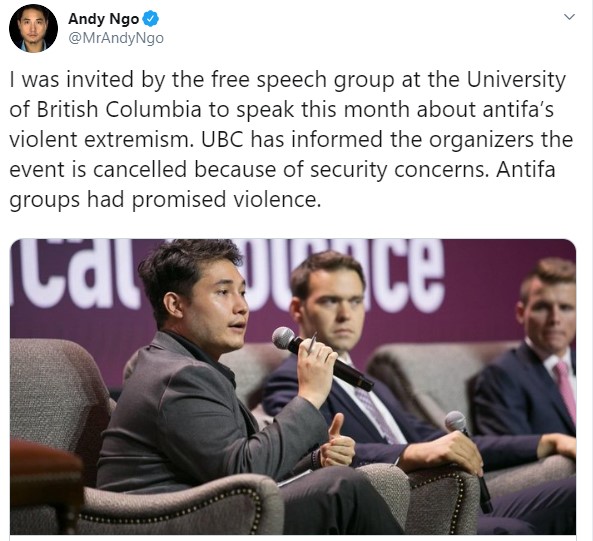 In case it hasn't been made clear, the only 'violence' being mentioned are jokes about milkshakes, which comes from incidents in Britain, where Tommy Robinson, Nigel Farage, and others were "milkshaked." Ngo himself was milkshaked in Portland, as well as covered with silly string. While the ethics of milkshaking can be debated, the fact that it is being construed as "violent" is disingenuous.

While a diversity of tactics is always needed, and there may be situations where force is required to prevent fascists from carrying out their own violent agenda, UBC's Students Against Bigotry has expressed no intention to initiate violence.

So... that's it. That's the joke. "Promised violence" indeed.

Ron Holton, the university’s chief risk officer, said in an emailed statement that campus safety and security is the primary concern, and the school does risk assessments to evaluate the impact that event bookings could have on the campus community.

No specific safety concern was cited.

“What they’re doing is pretty anti-Charter (of Rights and Freedoms), and as a publicly funded institution, they can’t really do what they’re doing, especially given the political nature of it,” said club director Angelo Isidorou. “What I’m hoping is that they rescind their cancellation. If they don’t, we will have to pursue legal action.”

It's interesting that FSC director Angelo Isidorou is so involved and now making the media circuit.

In December, the author of this article engaged Isidorou, who we had been on speaking terms with for some time, to ask what he thought of the Ngo talk. We have never shared a private DM before, however we feel it's relevant to this story. 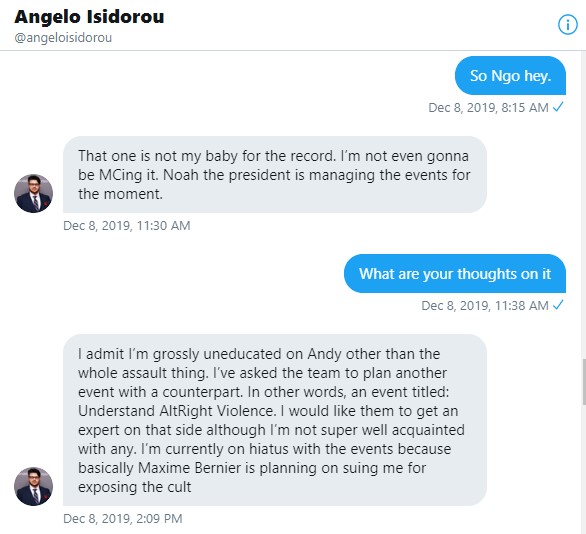 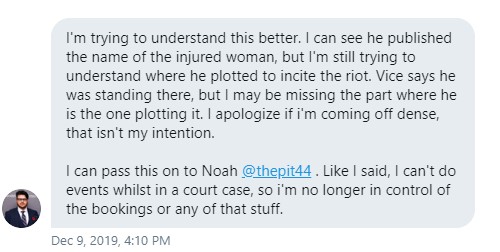 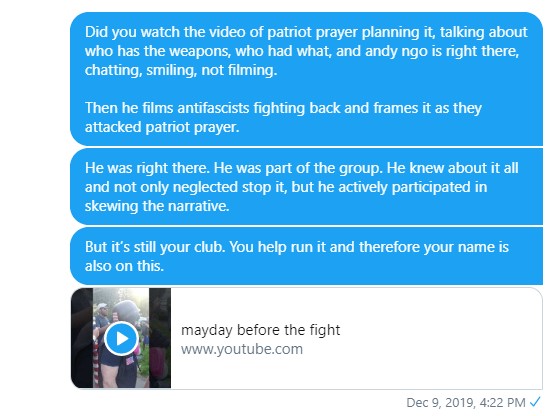 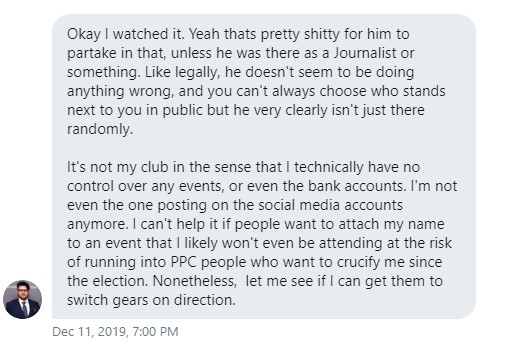 It is, therefore, an interesting turn of events that Isidorou provided the following to the JCCF:

For the past three years, The Free Speech Club has hosted numerous public intellectuals from all over the political spectrum. I found myself shocked and bewildered to see the school take such an anti-freedom stance. I believe the school needs to not only protect free speech, but stand against violent thugs who seek to undo our freedom.

It's also not unreasonable to assume from this that they're looking to capitalize on the legal case: 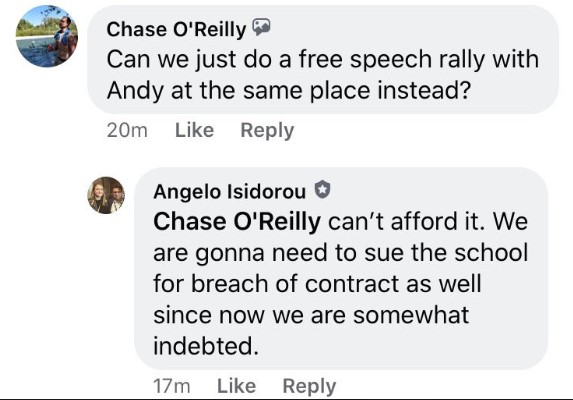 To contrast these alleged "antifa threats" with what supporters of the FSC and Ngo are saying: 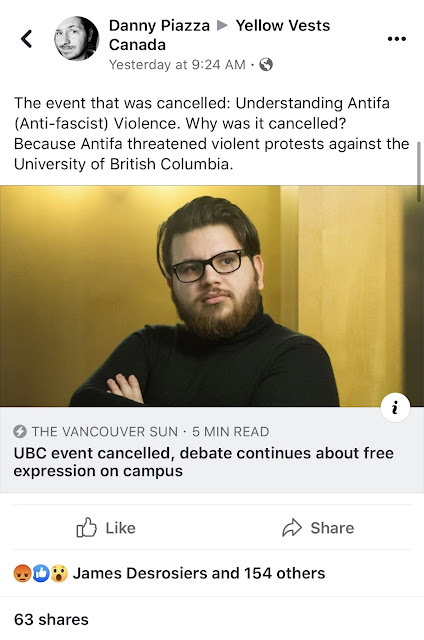 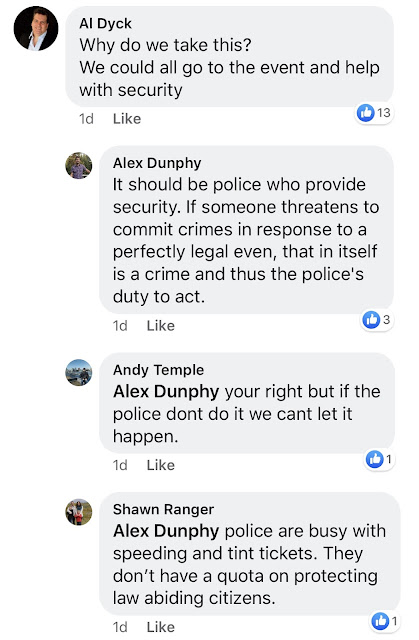 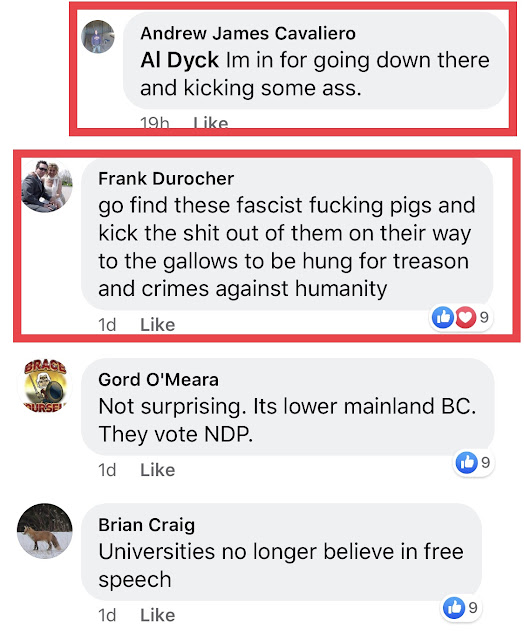 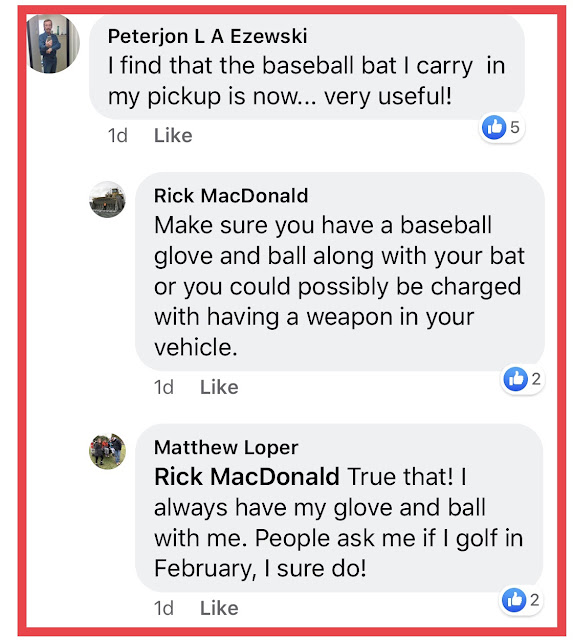 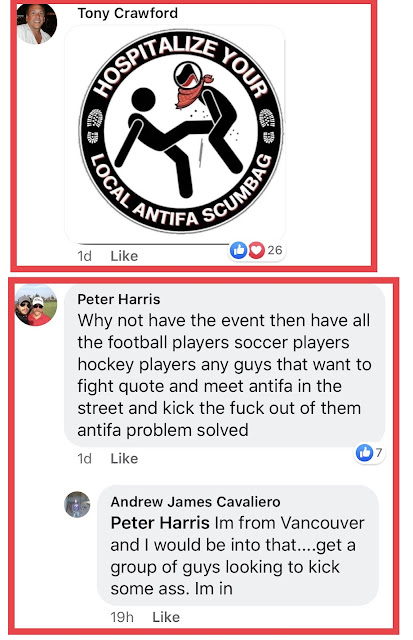 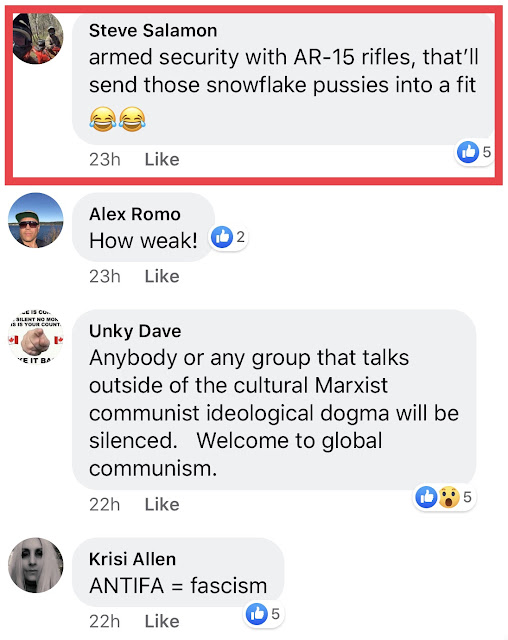 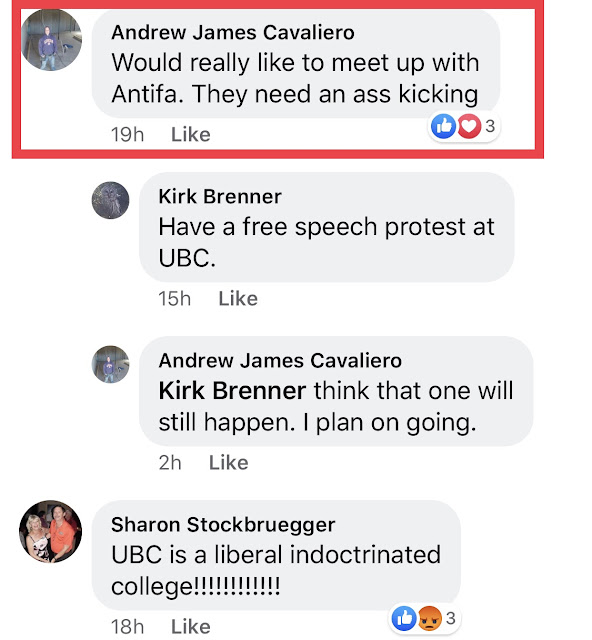 Significantly more threatening than milkshaking, no?

Andy is well known for fabricating or twisting the facts to blame antifascists for violence, like the time he claimed antifascists beat violent fascists with a hammer... except it was the fascist's hammer, and he was swinging it.

To compound the issue, Ngo appeared on radio with Global's Alex Pierson on January 2 where Pierson proceeded to allow Ngo to share his misinformation without any challenge whatsoever.

On Jan 2 Andy Ngo went on a radio program with @globalnews host Alex Pierson to discuss the cancellation of his talk at UBC. https://t.co/IvaxvVYCFT
— YVCE 🧛‍♂️🧛‍♀️🧛‍♂️ (@VestsCanada) January 4, 2020

5/ We are extremely concerned about Ngo being platformed & unchallenged for his own role in what he calls "antifa violence," & the misinformation and untruths discussed.

6/ Pierson states antifascists' tactics make them "the very thing they fight." She also states "these tactics" are not acceptable on the right and asks Ngo why this is given a pass on the left. Ngo blames communism and far-left ideology. pic.twitter.com/EW7hULWQ0n
— YVCE 🧛‍♂️🧛‍♀️🧛‍♂️ (@VestsCanada) January 4, 2020

This is just the latest in the long line of media figures who propagate myths and untruths about antifascism and far-right violence.

As it stands now, according to the Post Millennial, the school is waiting to find out how the January 15 event with Janice Fiamengo goes before making a hard decision.

We will update the story as necessary.
Posted by Yellow Vests Canada Exposed at 18:47