We understand that many of our supporters have.... we'll say complicated relationships with the police. Regardless of how one feels about the police, we hope that our readers will at least agree that what happened on Wednesday was wrong.

On June 4, 2014, a 24 year old man who appears to have acted on his hatred towards authority figures, police in particular, is alleged to have murdered three members of the RCMP while wounding two others. He was captured a few days later. Looking at his Facebook profile, one would note just how steeped he was in the paranoia of the gun-rights extremists:

One of the images he posts however was of particular interest to us:


The full image is as follows:


Our readers, and anyone familiar with this particular anti-Semitic canard, will recognize the meme as perpetuating a myth that has been exposed as untrue many times (for a more detailed explanation, please click here). Whether or not the alleged shooter was a full-blown anti-Semite himself, it does seem apparent that he did buy into the, "Jews control the banks" conspiracy in addition to his belief that the government was after his guns conspiracy.

But the focus of this post is actually more on the reaction of some of the folks we cover her rather than the alleged shooter.

In our previous article, we noted that Paulie was upset about the decision rendered in civil court in which the terms of Robert McCorkill's will were overturned (he had willed his estate to the violent racist group the National Alliance). That Paulie would be upset didn't surprise us, however the opening lines caused even us to do a bit of a double-take:


That's right. Paulie is equating the murder of three individuals with the loss of a civil case (which, by the way, happens a lot more often than Paulie suggests). Now we know that Paulie is egocentric and tone deaf, but this was really something else.

Still, at least Paulie admits that a crime took place. One of those who commented, the Southern Ontario "Skinhead's" own Dan Hall seems to think otherwise:

We shouldn't be surprised to read Hall write something like this since the manchild has a rather unhealthy relationship with firearms himself: 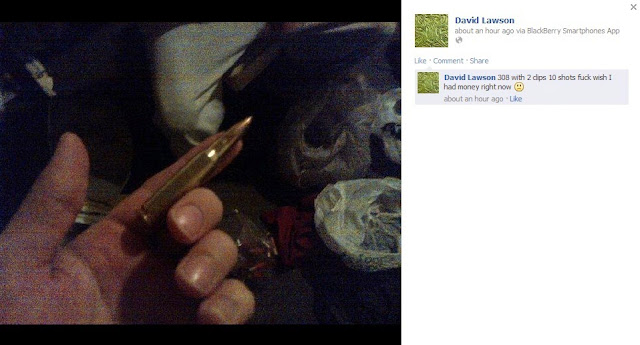 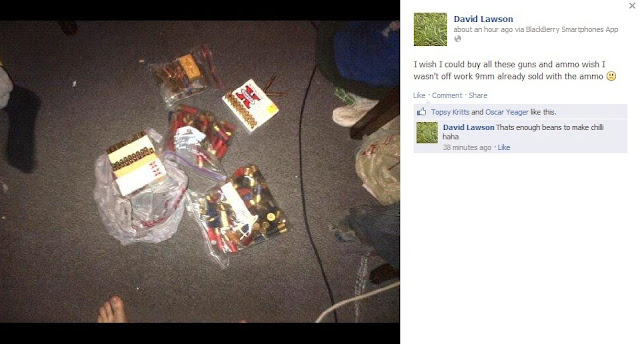 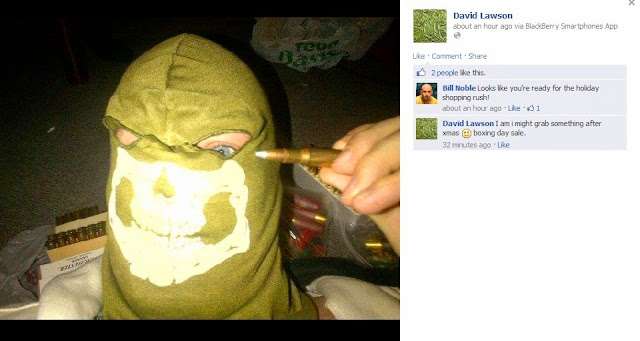 On Stormfront, reaction was varied. While some expressed sympathy for the three men murdered, others sought to justify their deaths, including Bill Noble:

Finally, we have this charming fella: 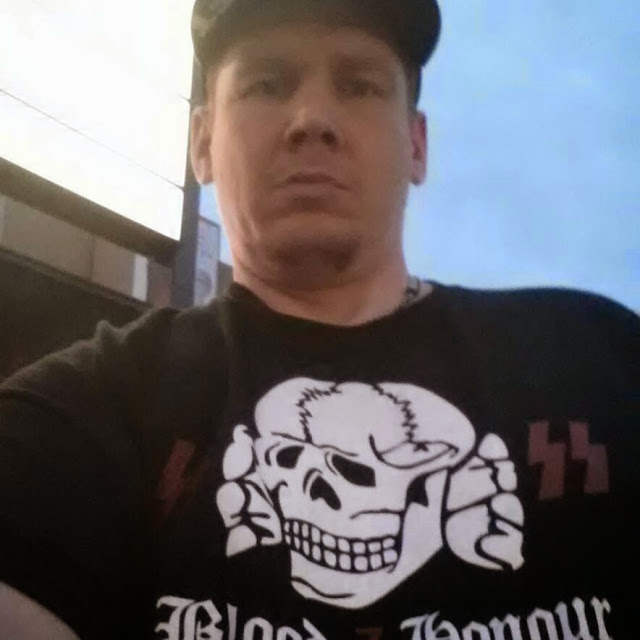 Jesse Dubruiel of Calgary (formerly London, Ontario) is an associate of Kyle McKee and the Blood & Honour movement in the city. Like McKee he's very familiar with the criminal justice system. Jesse here not only justifies the murders, he lionized the alleged killer and praised him for the actions he took:


There's more, but we think this is sufficient to make the point.

So when these folks claim that White Nationalism is not a violent philosophy, you can point to this as yet another in a long list of contradictions.
Posted by Nosferatu200 at 00:05