Homophobe Bill Whatcott Charged Under Sec. 319 of the Criminal Code

Looks like Bill Whatcott is having some legal problems:

Whatcott provides more details on his own web forum regarding the charges: 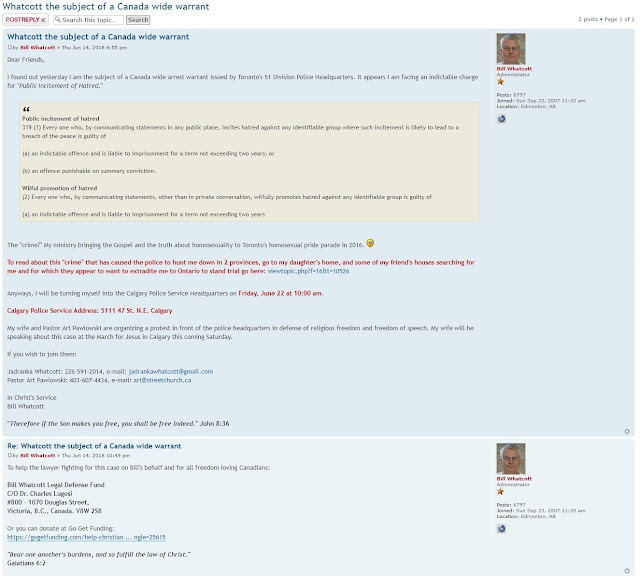 The response from Whatcott's supporters was as to be expected: 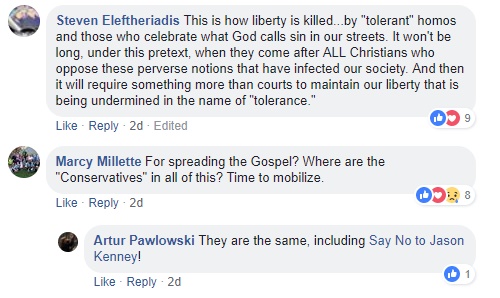 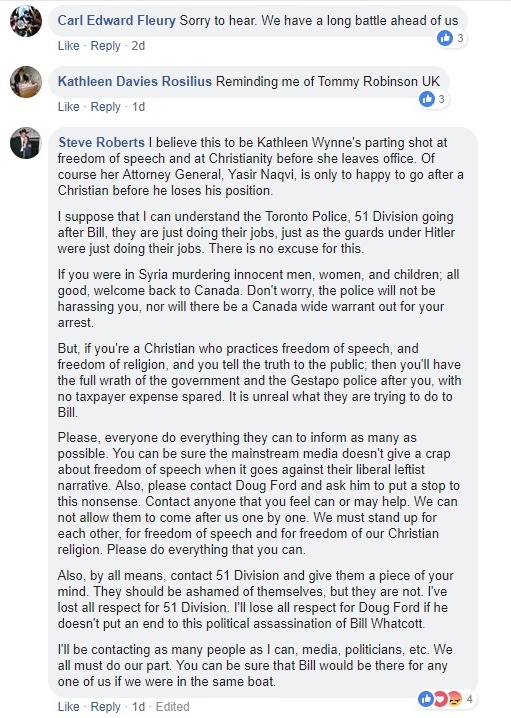 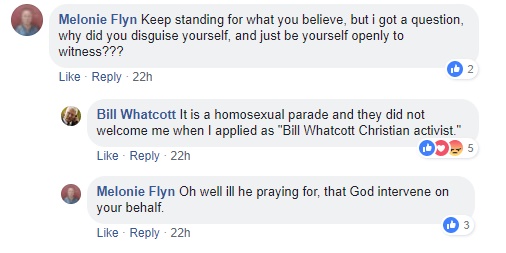 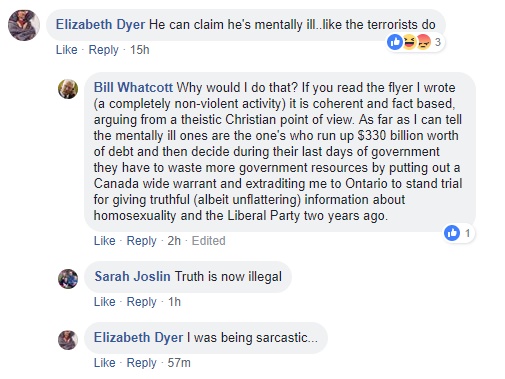 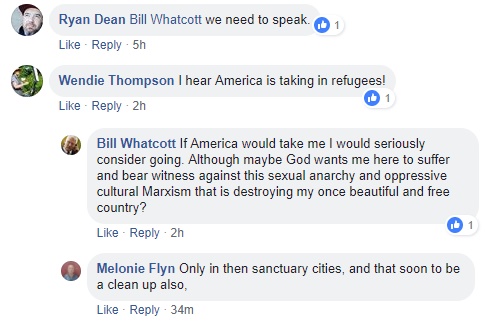 Whatcott states that his wife (his fourth, btw because.... you know.... Bill thinks divorce should be illegal except it seems in his case) and extremist Artur Pawlowski of the Calgary Street Church will be holding a protest outside police headquarters. Pawlowski not surprisingly is trying to whip his supporters into a frenzy by suggesting that the arrest warrant for Whatcott is proof of tyranny: 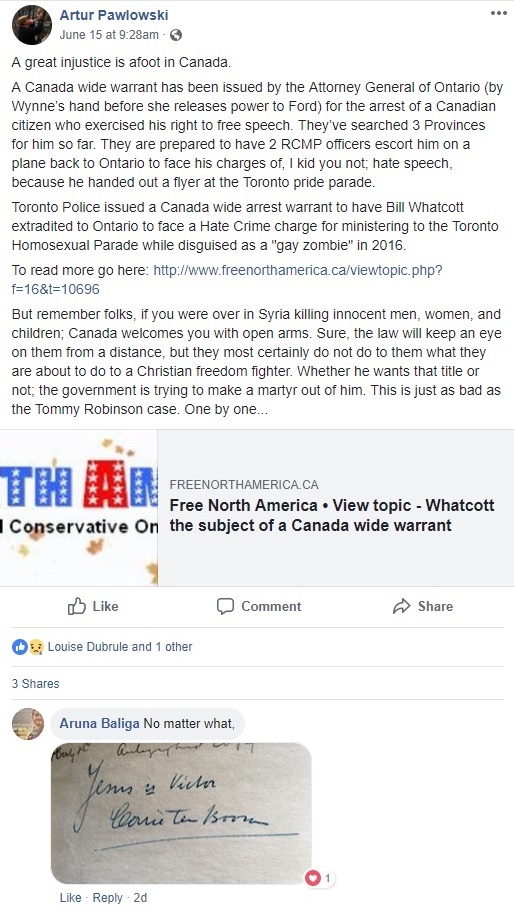 I might also mention here that lately Whatcott has found himself cozying up to overt white nationalists like Paul Fromm, Brad Love, Arthur Topham, Brian Ruhe, and David Duke among others: 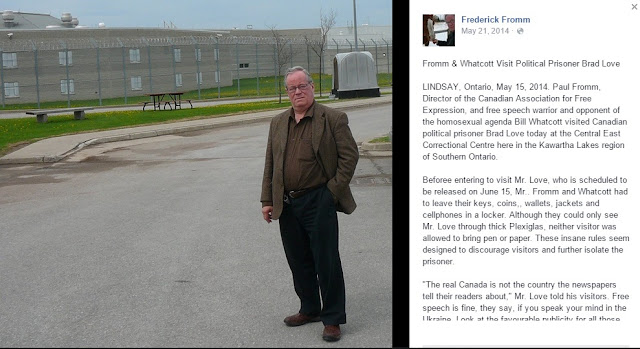 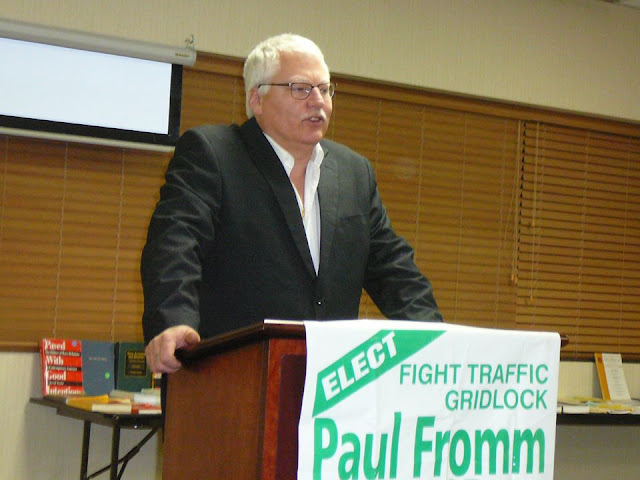 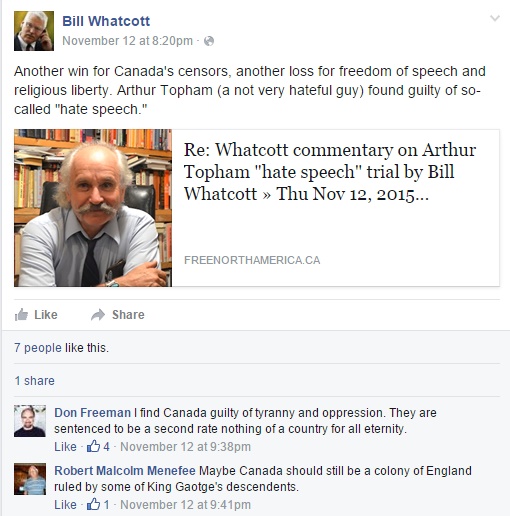 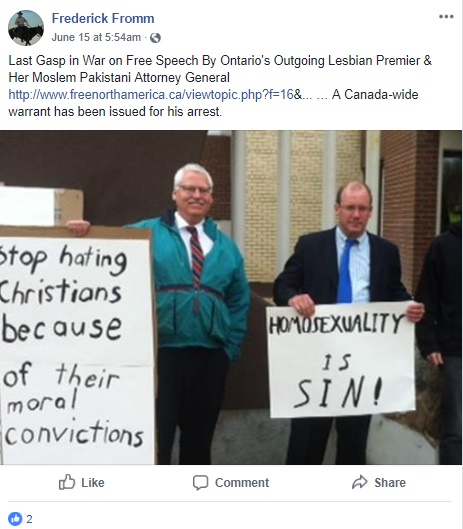 UPDATE: The following is a press release from the Canadian Anti-Hate Network.

I wasn't expecting this post, I thought your next post would be about the Mosque fire in Hinton. You know Beau isn't home in Calgary.

I really wish the Christian fanatics would just go away and shut up. THey argue for a similar dystopic theocracy as the Muslims they rail against.