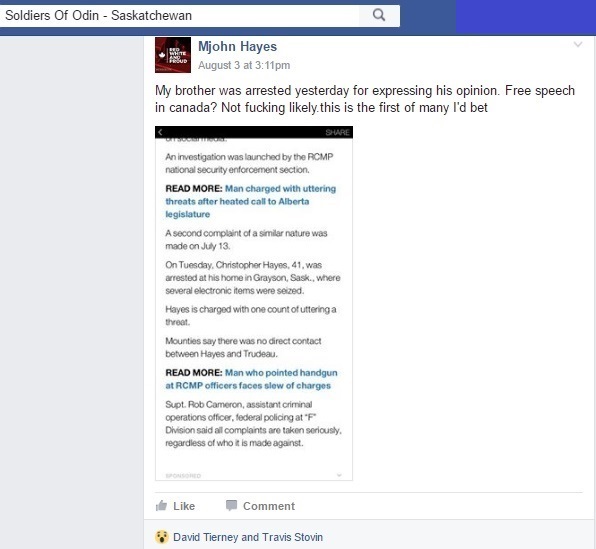 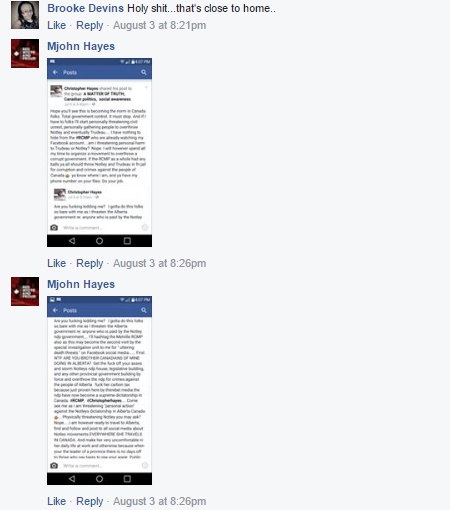 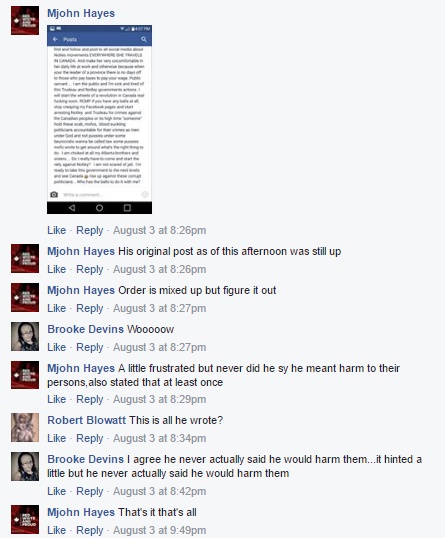 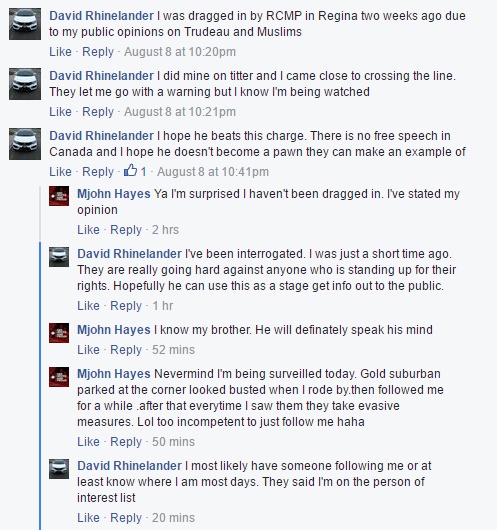 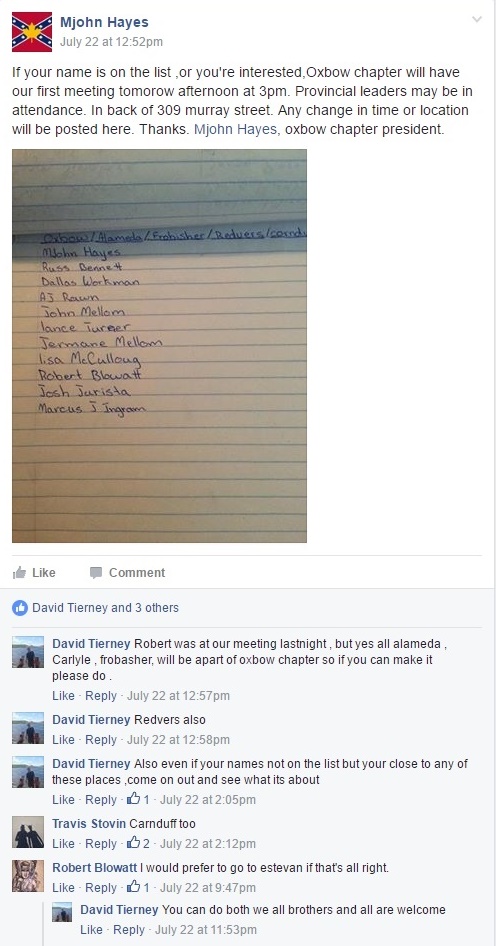 By the way, we do appreciate Michael's attention to detail: 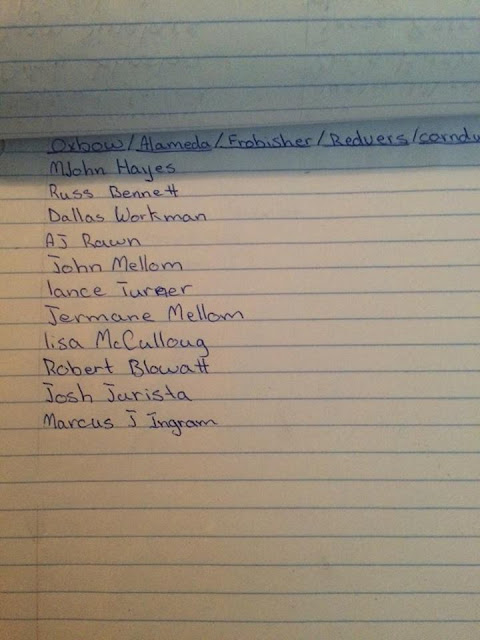 Michael Hayes has also been busy promoting a Gofundme page to raise money for his brother's defence: 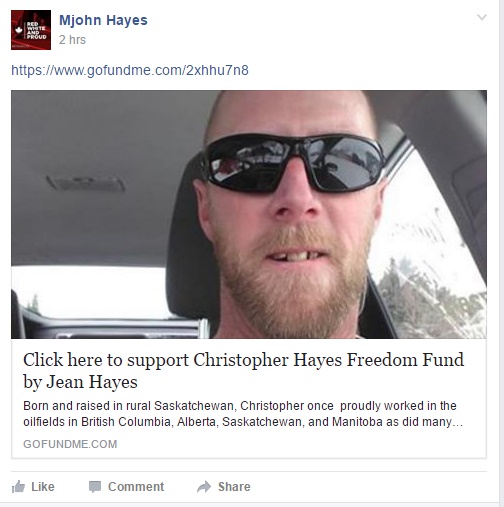 While Jean Hayes has ambitiously set out to raise $50,000, thus far that particular level of financial support has been significantly lacking: 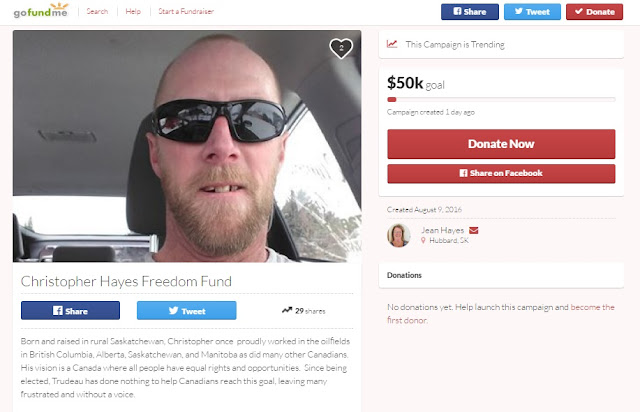 Still, there is the requisite suggestion that Christopher Hayes is a political prisoner, so the turd polishing is clearly in evidence: 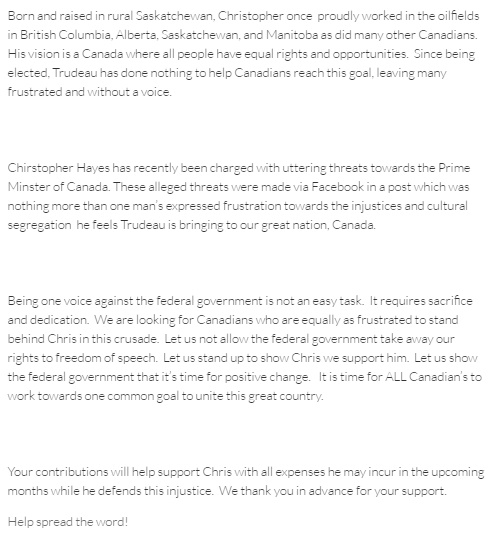 Although a number of the other Canadian anti-government/anti-Muslim groups have voiced their support for Chris Hayes and, well let's be honest, anyone else who has threatened Mr. Trudeau, Ms. Notley in Alberta, and Canadian-Muslims, there are some fault lines that have emerged: 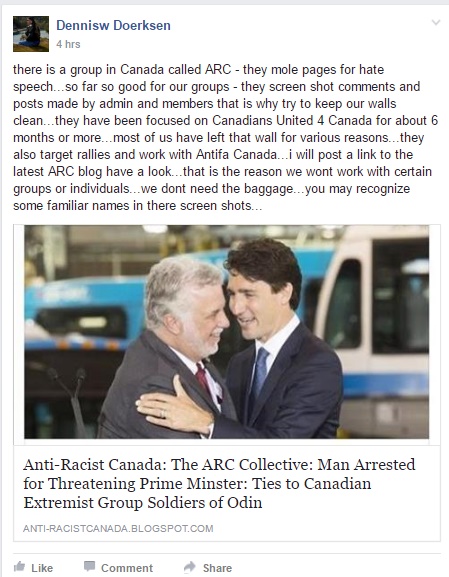 Doerksen is a former "director" of PEGIDA Canada who has left the group, apparently on good terms. He does however have a bit of a hate on for one member of the Soldiers of Odin Charlene O'Farrell, but we digress.

The first set of comments left are worth discussing in more detail: 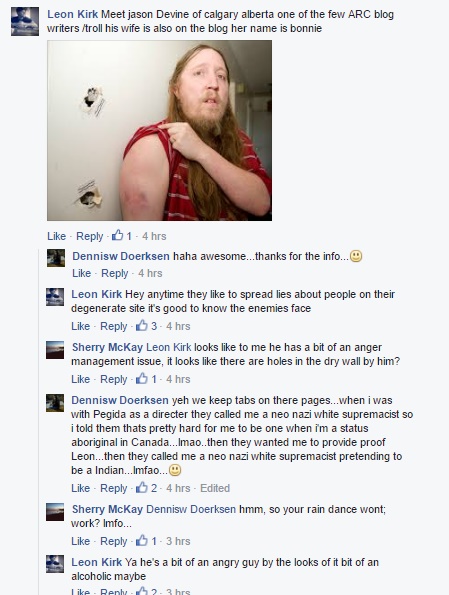 First, and perhaps for the 1000th time, Jason and Bonnie Devine are not members of or writers for ARC, though they are good people. We also respect their work in Calgary and the price they have paid their fight against racism.

Second, the holes in the wall are not due to an "anger management" issue. The holes and the bruises are due to a violent home invasion in which Jason and a family friend were attacked by a group of men believed to be associated with the Aryan Guard/Blood & Honour almost six years ago. While it is strongly believed that Aryan Guard/Blood & Honour leader Kyle McKee was involved, it was never definitively proven, however a few years later McKee spent time in jail after being convicted uttering threads directed at Jason in which he asked if Jason, "needed another visit."

Finally, the fella providing the information to Doerksen, "Leon Kirk," is actually named Kirk Delmo, a former member of Volksfront, current associate of Blood & Honour, and friend of McKee who just so happened to be with McKee when he uttered those threats towards Jason: 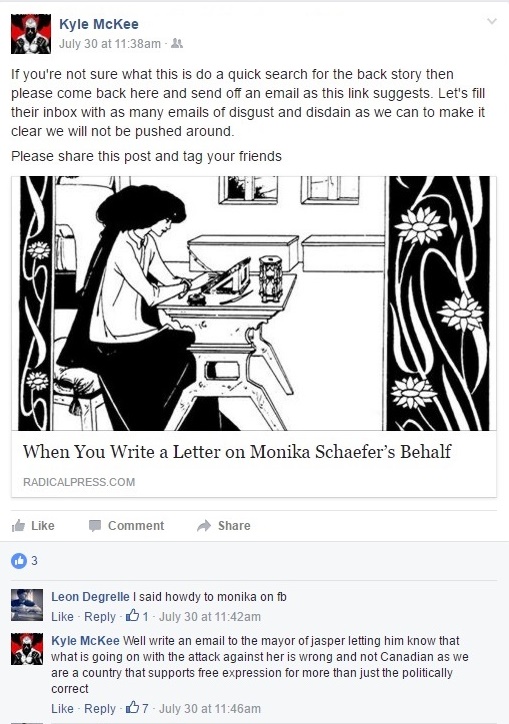 Let's just say that Delmo might just not be an unimpeachable source.

The other comments were also of some interest: 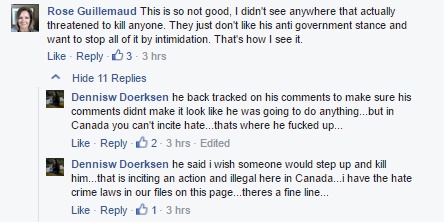 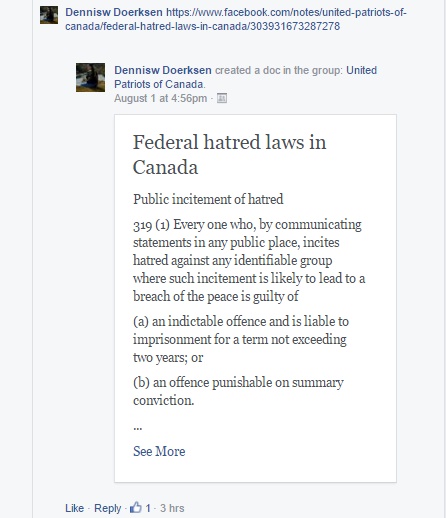 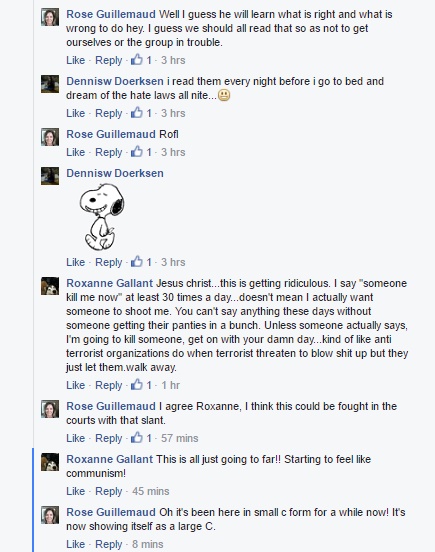 We're happy that Mr. Doerksen is aware of hate crimes legislation in Canada, though we're guessing Hayes' comments perhaps may fall under sec. 264.1 of the Criminal Code (we may be corrected on that belief).

As such, we're wondering why we see some of the highlighted comments on Doerksen's own Facebook group: 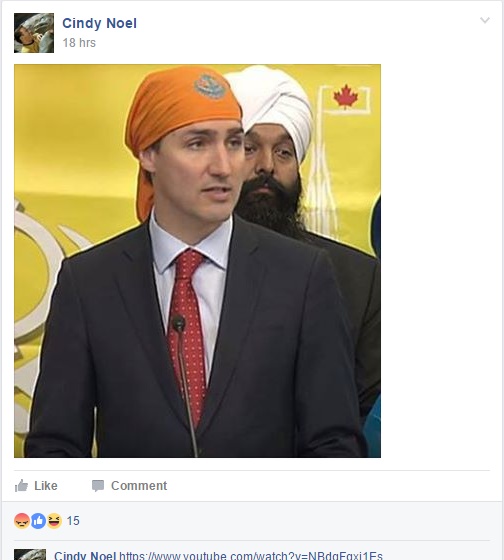 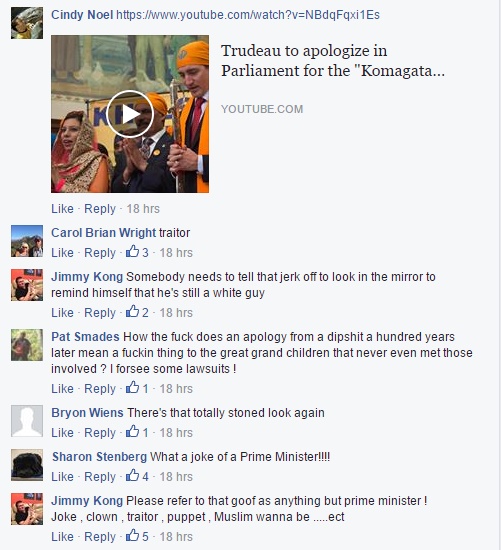 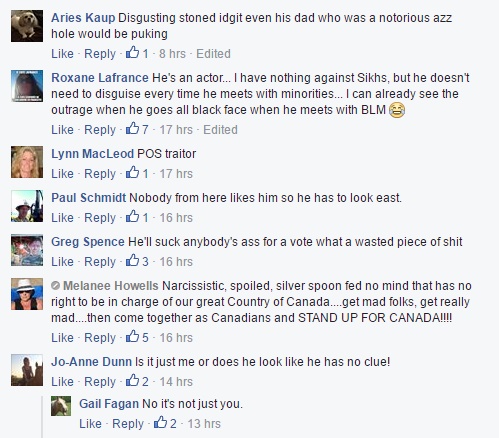 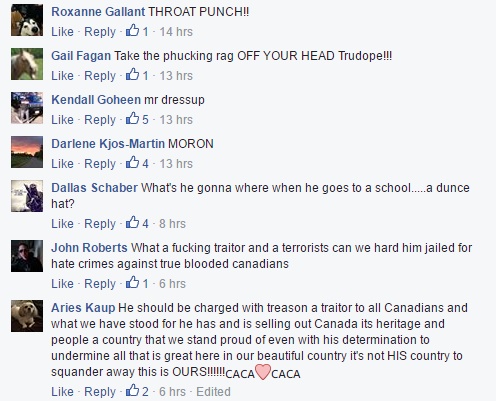 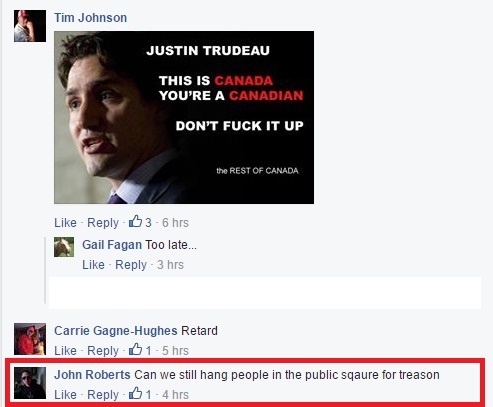 If Jason Crocker's emoticon threat is perhaps a bit vague, he kindly explained his views in another post earlier the same day: 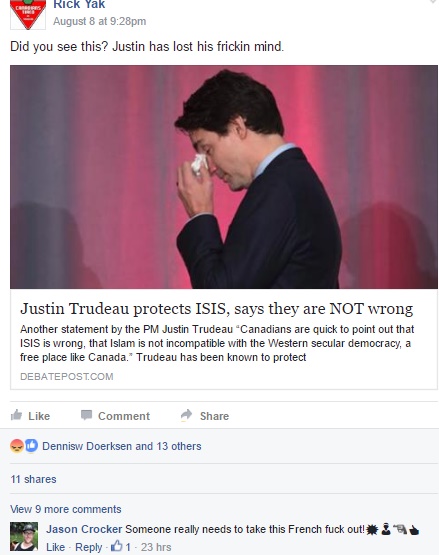