Paulie Won't Be Eating Cheerios For a While

We would like to present to you, our dear readers, a cereal commercial that has become infamous in certain circles.

That's right. We wrote "infamous" and "cereal commercial" in the same sentence.

Did you see it! Pure propaganda!

Well, not really. Aside from the fact that this writer finds Cheerios unpalatable unless covered with sugar, thus sort of making any health benefits (dubious though the claims may be) moot, it's a innocuous advertisement featuring actors portraying an attractive, happy, family. The little girl is adorable. The man and woman look like they can be your neighbour. Really, only a diseased mind can find this commercially offensive.

Ladies and gentlemen, let us introduce you to one of those diseased minds:


Yeah, we don't know if the oddity he's talking about is the couple or the child (or more than likely both), but wow, talk about an ego. Paulie really, truly, believes that this is a cog in the conspiracy to allow "da ethnics" to take over North America.

Paulie isn't the only one trumpeting this non-issue issue. The Council of Conservative Citizens, of whom Paulie is a board member, have also chimed in: 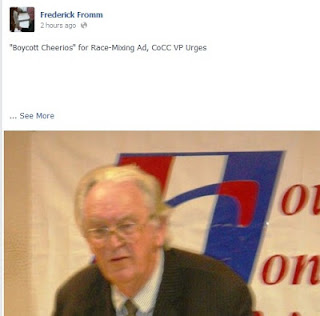 And what does this old dinosaur have to say? 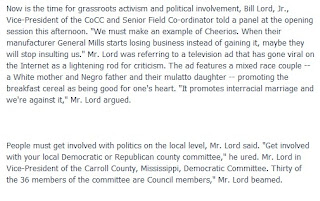 Right. General Mills specifically designed a commercial to insult white people, the majority of whom don't have a problem with interracial marriage. In fact most people don't refer to people of different ethnicities getting married as interracial marriage. They simply call it marriage. Besides, it looks like public opinion has already rendered a verdict: 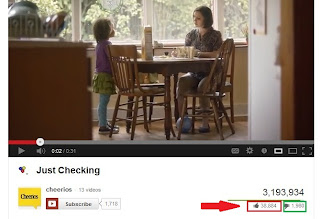 In short, normal humans don't care that the couple are interracial and the child is biracial.

But you care, don't ya, Paulie?

Got to tell ya Paulie, we have a feeling General Mills doesn't really give a shit what you and the other boneheads think. In fact, we sort of bet they hope you keep up the whining:

Face it dude. You've sort of lost the war of ideas here.

But more than that, you are really slipping up a lot Paulie. Where once you were the, "genteel" face of racism in Canada, now your just becoming a caricature of a bigot right out of central casting.

.... barely bothering with the pretense of claiming, "pride".... 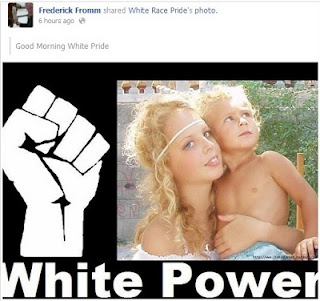 .... and hanging out with violent neo-Nazis: 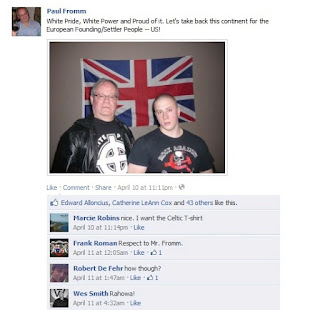 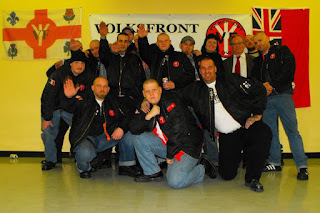 Not even your ill-fitting suits and ugly ties can really hide exactly what you are Paulie.
Posted by Nosferatu200 at 22:26

Paul Fromm is way too old to be hanging out with those young people , but since he doesnt get on with anyone his age, and it likely makes him feel quite important. I really would like to see this goof nugget try to stage one of his "protests" in Edmonton. and you look like a dick in that suit, "just "retire" already (if you can call it that)

The hilarious thing is that both of Fromm's sons appear to have rejected padre's anti-"miscegenation" wailings.

Hey, I noticed you had "Blood and Honour" and "Volksfront" tagged in this post. Wondering if you have any news on the court cases or status of Rob De Chazel, and Shawn MacDonald?

Haven't heard anything in some time actually, which is a bit odd. We'll see what we can do.