Except, as it turns out, we really don't know all of this to be a fact.

There is not any significant evidence he appeared in pornography, be it straight or gay. No evidence he was a model. No evidence that he date Homolka. Nothing other than what he, himself, has claimed.

And, if we are to be honest, the evidence that he was a, "White Nationalist" isn't exactly clear either.

Our story about the Magnotta posts was picked up by the msm the day after we posted it. In addition to what we found, "Xtra!" picked up some that we had missed:

These exhibit the same spelling and grammatical errors found on the "reddragon1" posts from May 27 and May 28 respectively, as well as the errors found in writing we know was posted by Magnotta, so we might surmise that "arcangel9" is the same individual.

But is this really enough?

We looked at Magnotta's twitter account. One of our members counted more than 50 individuals Magnotta was following whom we would consider clear "White Nationalists," including two who we have frequently covered on this blog: 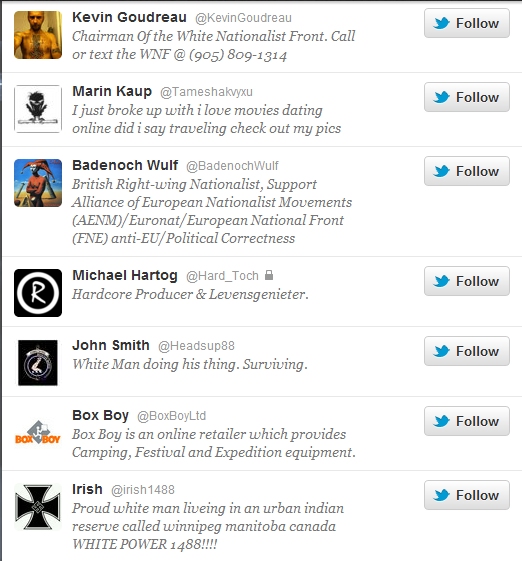 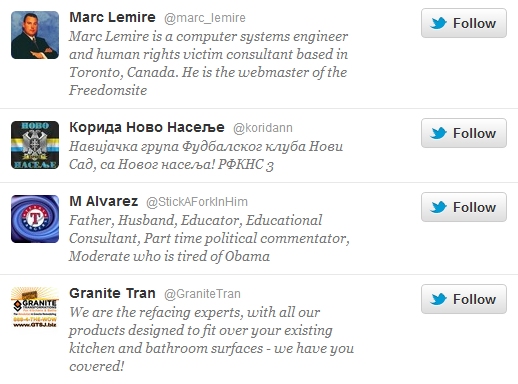 He also posted a link to a Facebook group opposing multiculturalism. But then he also, "followed" people like the Dalai Lama, actor Adam Rodriguez, former professional wrestler (and Filipino) Dave Bautista, LGBT groups and individuals, and some African-American hiphop artists. So if he is a, "White Nationalist" he's certainly eclectic in his interests.

When we were quoted in a brief interview we gave the "Ottawa Citizen" we said that we couldn't conclude if Magnotta was a "White Nationalist" or not based on the evidence that we currently had at the time. A day after we provided the quote, that statement still holds true.

As we think more about Magnotta, there is someone we covered in this blog who also had a rather dubious claim to being a persecuted White Nationalist.

As disturbed as Erstikaitis is, nothing she has done rises to the of violent depravity that Magnotta has engaged in, but there are still some parallels in addition to their respective claims of being "White Nationalists" despite any real evidence to support  their claim other than their own words. The most significant might be the obsession with the Bernardo/Homolka case. Erstikaitis was obsessed with Paul Bernardo to the point she would contact and threaten his victims' families. Magnotta appears to have started the rumour that he was dating Karla Homolka once she had been released.

One of our members found the Facebook profile of Karla Homolka's sister (if you want to find our her name yourself, it isn't hard to find but we aren't going to provide it ourselves). On the sister's friends list, our member noticed this: 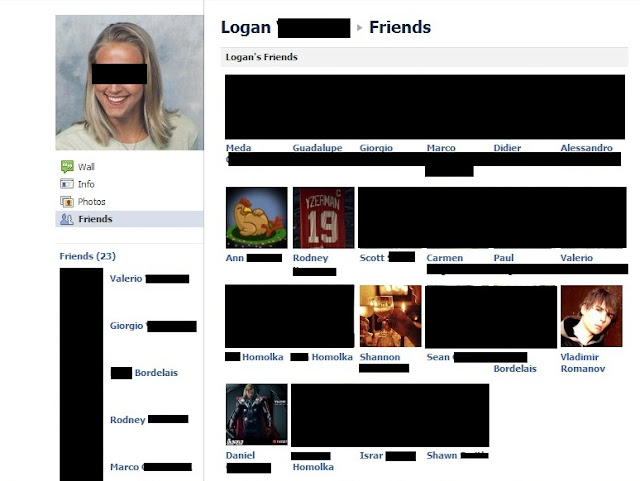 Vladimir Romanov is one of the pseudonyms that Magnotta has used online and elsewhere. Taking a look at the provfile of "Vladimir Romanov" seems to clearly show Magnotta's photo: 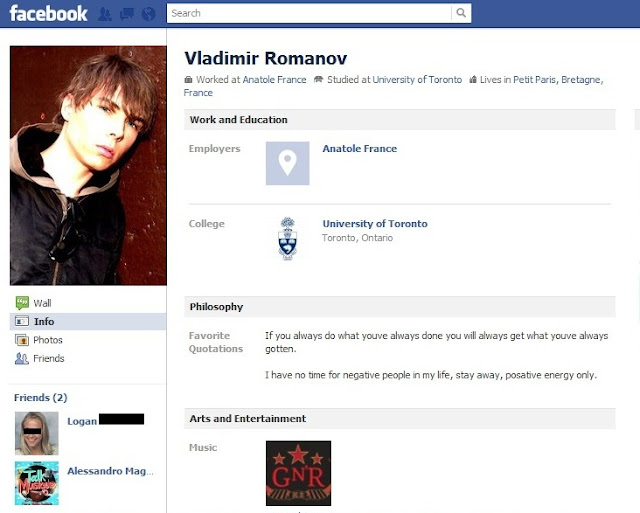 But then we have to ask ourselves if the FB account of Karla's sister is even real or if it too is yet another creation of Magnotta?

Until we have clear evidence either way, we really can't say that Magnotta is a White Nationalist any more than we could have said Michelle Erstikaitis is a White Nationalist. Likewise, we certainly can't claim (and despite what the "Ottawa Citizen" article would have you believe, we didn't claim this) that the murder of Jun Lin was motivated by racial hatred.

Perhaps more evidence will eventually be found, but right now all we are prepared to say with certain is that Luka Magnotta needs to be found quickly so that others' lives are not at risk.
Posted by Nosferatu200 at 23:50