ARC received the following tip from a friend:

The female victim was wearing a hijab and the threats made by the accused were in relation to her dress. As the victims walked away, a bystander approached the accused to ask about her actions. The accused kicked the female bystander and another male who attempted to intervene, both of whom are Muslims.

On Monday, May 22, 2017, at approximately 1:45 p.m., the accused approached a woman at Lakeview Park in Oshawa and pushed her to the ground before fleeing the scene. This victim was also Muslim.

Georgina CASSIDY, age 47 of Oshawa, has been charged with: Assault x5; Threaten Deathand Threaten Bodily Harm. She was held for a bail hearing. 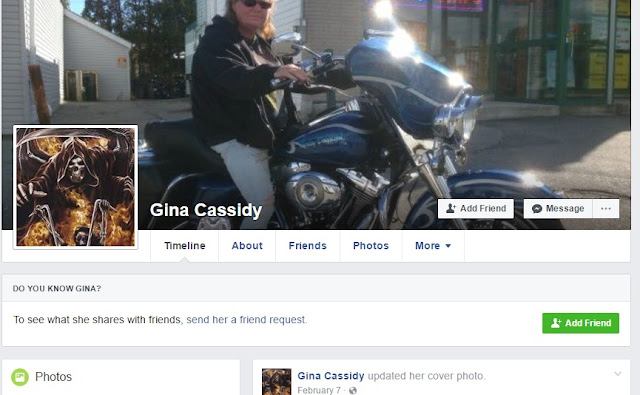 This individual wasn't someone known to ARC, however our friend also noted that she had at least some sort of link to a group ARC and others have been focused on for some time:

The Nationalist Movement, White Lives Matter "like" is also rather telling, but the WCAI Canada "like" is especially interesting to us.

She is also a member of the secret WCAI group where she appears to have made a single post: 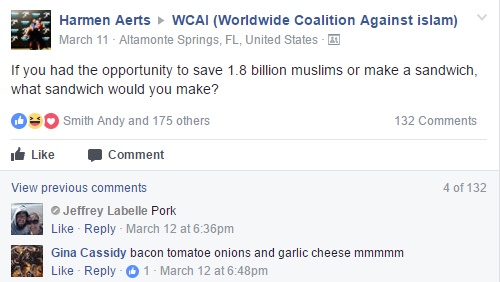 The post on the WCAI Facebook group occurred a little over two months before the first alleged assault took place.

Cassidy was also a member of this Facebook group, who's failed protest has been covered here and in the msm:

No word on whether or not Gina Cassidy participated in the march herself.

When groups such as WCAI dehumanize people on the basis of their religion, it can't be a surprise when people are "radicalized" and then act on that negative characterization.
Posted by Nosferatu200 at 17:04