Late last night ARC received word the "Wild Bill for America" Finlay would not be making his much hyped appearance at the WCAI MEGA Patriot Unity Festival this Sunday Sunday Sunday because he was unfortunately detained.... by Canadian border officials at the Calgary International Airport.... and sent packing back to Florida.

As of this point, there really hasn't been any comment from DeLuca, Dean, Wielenga, or any of the other yobs attending the protest today, though the conspiracy theories and anger is certainly evident elsewhere: 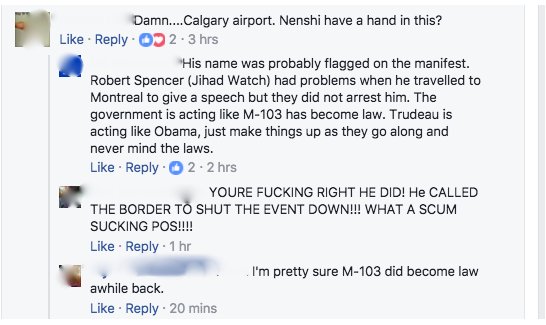 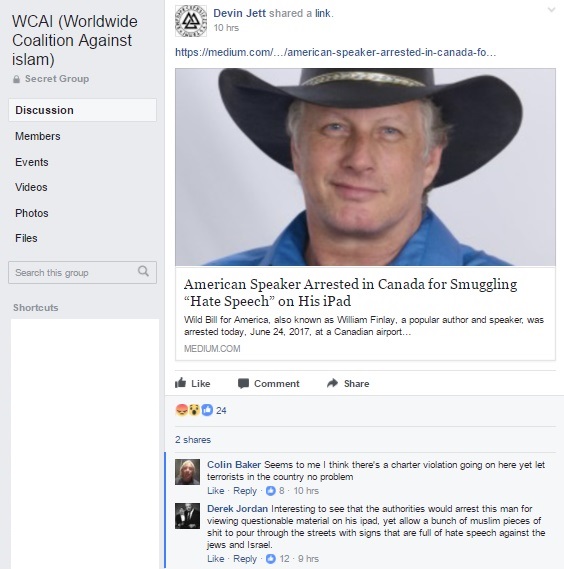 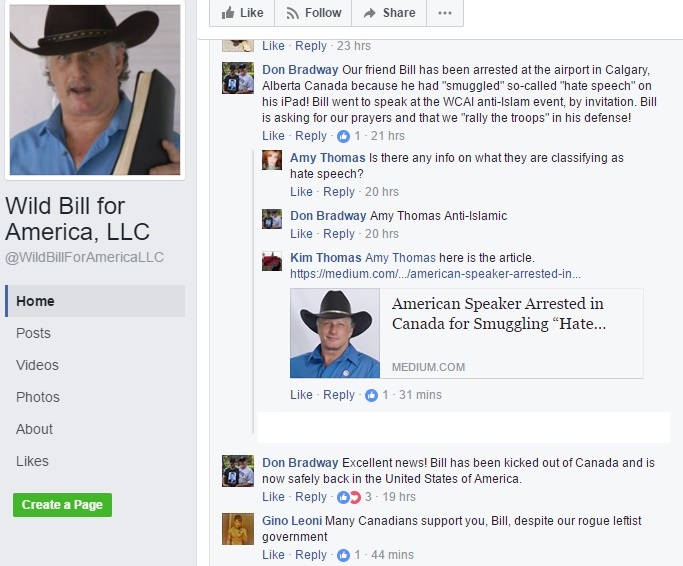 In other news, Steven Alexander Gregory Applesparkle Wrinkleclover Chillybloom Tumblepuff Myatt has, predictably, commented on an ARC article in which he was featured: 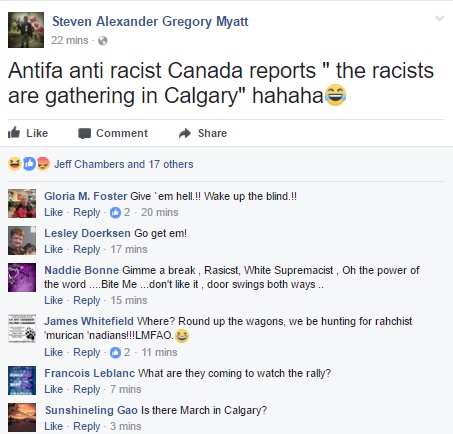 However, it was a post from last night that was more interesting:


The preceding photo was taken during Stephen Garvey's depressing Rotary Park event. Long story short, there looks to have been 3 or 4 people including Garvey and no bouncy castle. In any case, in addition to the anti-fascists who arrived to protest, Karyn Draper arrived with Myatt and his Proudboy buddies Vaughan and Massaad. None were permitted any where near the protest. Now, either at this time or another time yesterday, Myatt had a close encounter of the Blue kind: 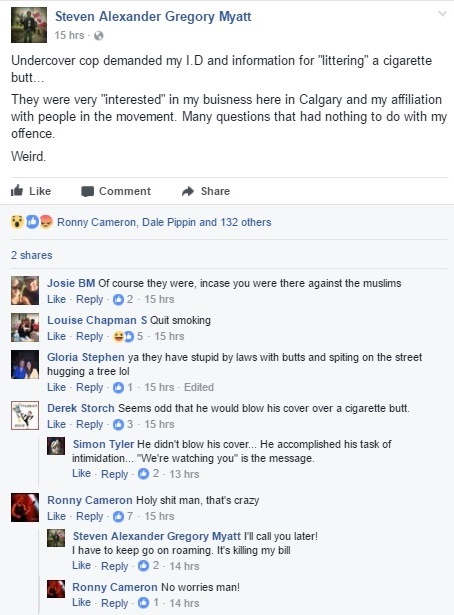 First, what is it with these people? DeLuca pisses behind a service station and Myatt throws cigarette butts on the ground. For people who claim to be full of Canadian "pride" they certainly don't take pride in maintaining a clean city.

The reaction to this horrible injustice ranges from conspiracy nuttery to full on complaints that Myatt's white privilege wasn't respected by the authoritah: 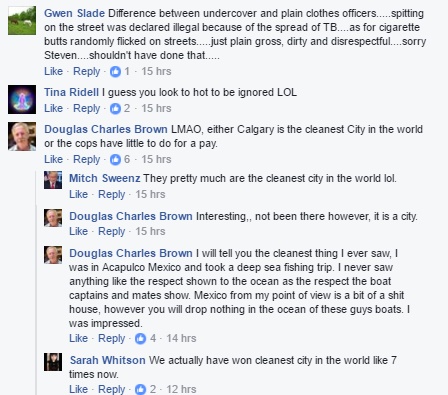 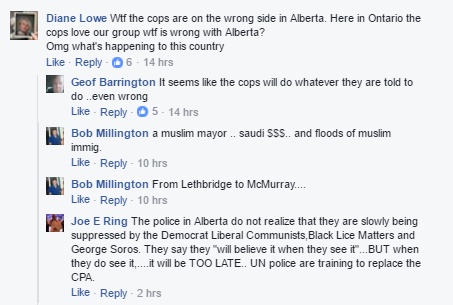 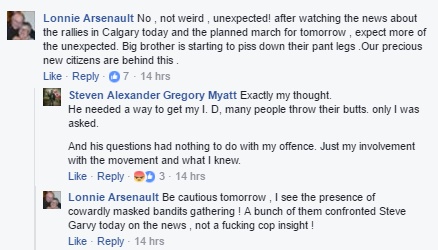 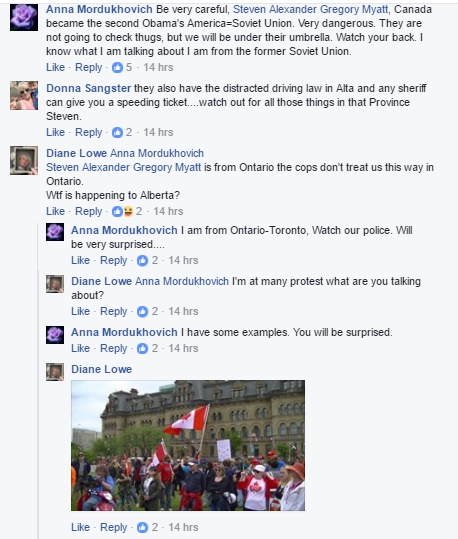 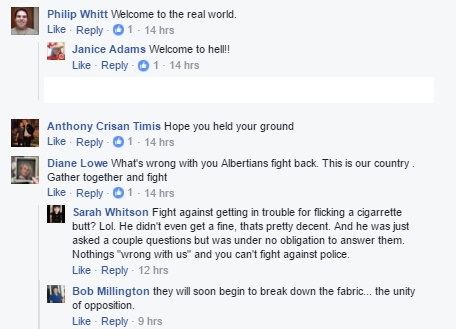 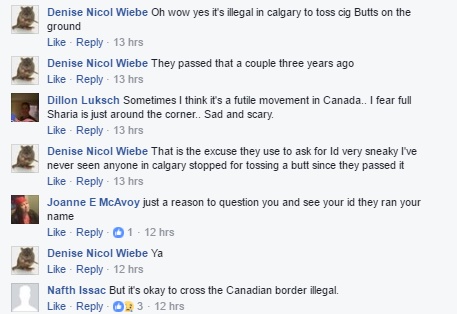 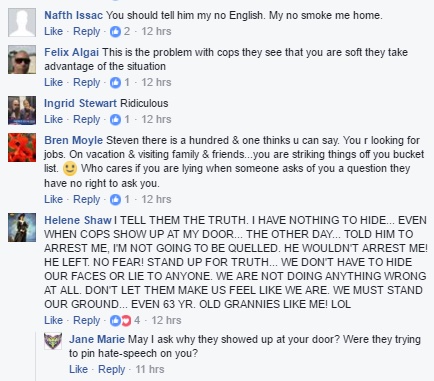 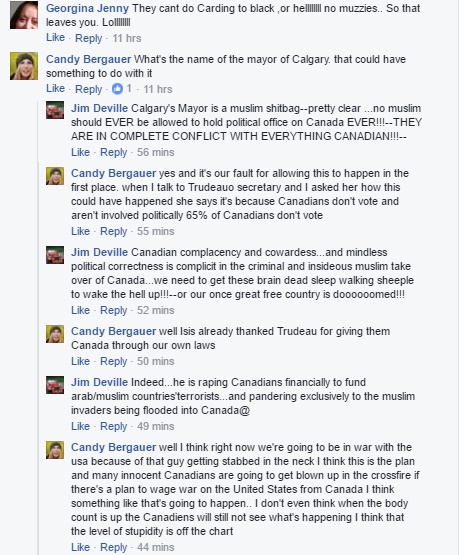 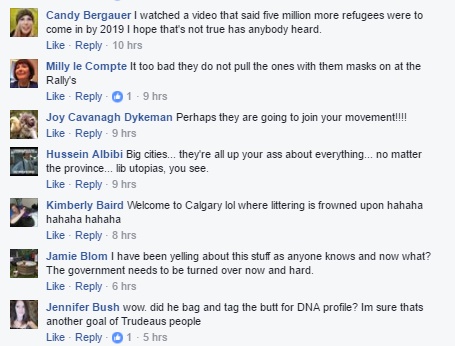 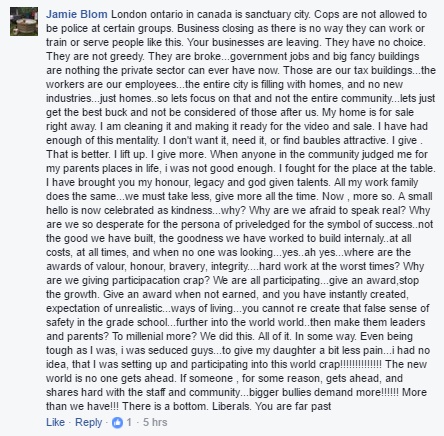 They indeed are Kelly.

And so are we.

The events of the day will be starting soon. Stay tuned as I try to keep up with as current information as I am able to provide.
Posted by Nosferatu200 at 11:56