ARC hasn't been focusing as much on the efforts by Warren and Lisa Kinsella to keep the hate rag "Your Ward News" off the streets, however there has been an update that I think is definitly worth sharing: 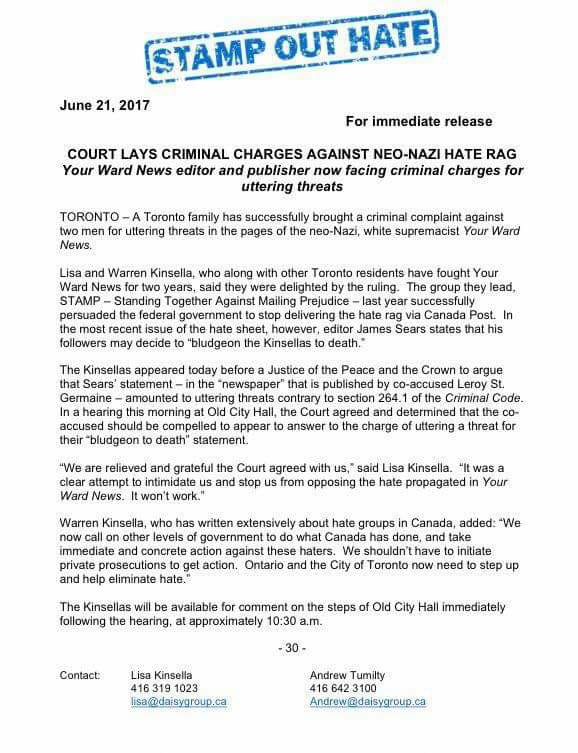 So far, aside from Sears claiming the charges are, "baseless" there isn't all that much from the peanut gallery. Paul Fromm is silent so far. Michelle Erstikaitis is still in prison and as a result not really open to deep discussion on the issue. Gary Schipper is nowhere.

The only half-hearted response is the mere inclusion of a link on Larry's Facebook wall: 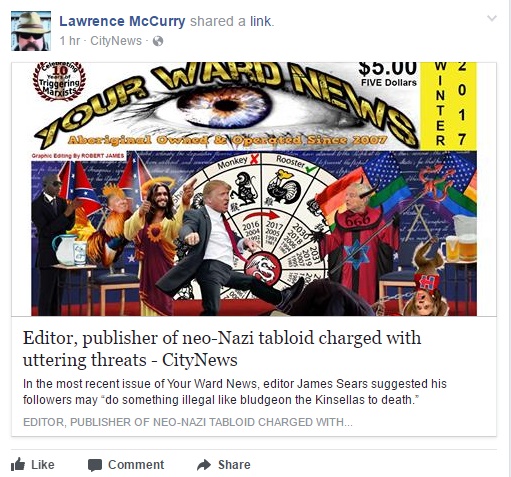 On behalf of ARC (so.... me), I offer my congratulations to the Kinsella's for the work they've done thus far. I know it isn't even close to being the end, but this is another solid step in the right direction.
Posted by Nosferatu200 at 17:35