Don Cherry Gets Fired For Being a Racist: Part II; Reactionaries Create a Circus

So I knew I would be writing about the Don Cherry fiasco again at some point, but I had no idea it would only be a day after writing Part I.

I'm sure that everyone is now aware that Don Cherry was fired for making racist comments on the November 9 edition of Coach's Corner which, by the way, isn't something new. It really has been a feature of Cherry's life:

Right-wing reactionaries and racists have been showing their support for him online, but old grapes doubled down on his poor decision making by going on white supremacist Tucker Carlson's Fox News program, where Tucker claimed that people criticizing Cherry are fascists. (yeah, that happened).

One interesting show of support for Cherry has come from The Canadian Nationalist Party. 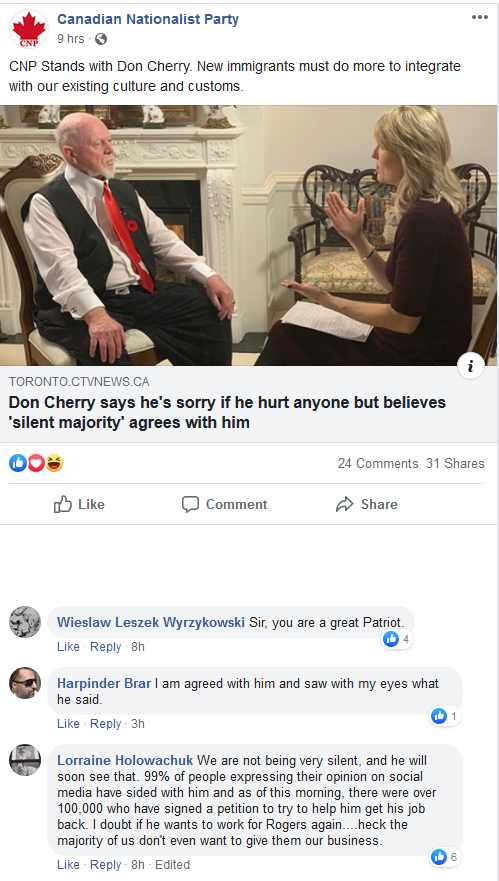 I say interesting because the Royal Canadian Legion denounced Cherry's comments and received abuse from some of his supporters. So the Legion who potentially has the most to lose for denouncing him did so, and a neo-Nazi party supports him. How ironic.

Also, I might remind readers of this little nugget:


Another event of note is that a Cenotaph in Toronto was defaced with the words “Ye broke faith with us”. Someone on Facebook going by the name Thomas Zaugg has taken credit for the vandalism. 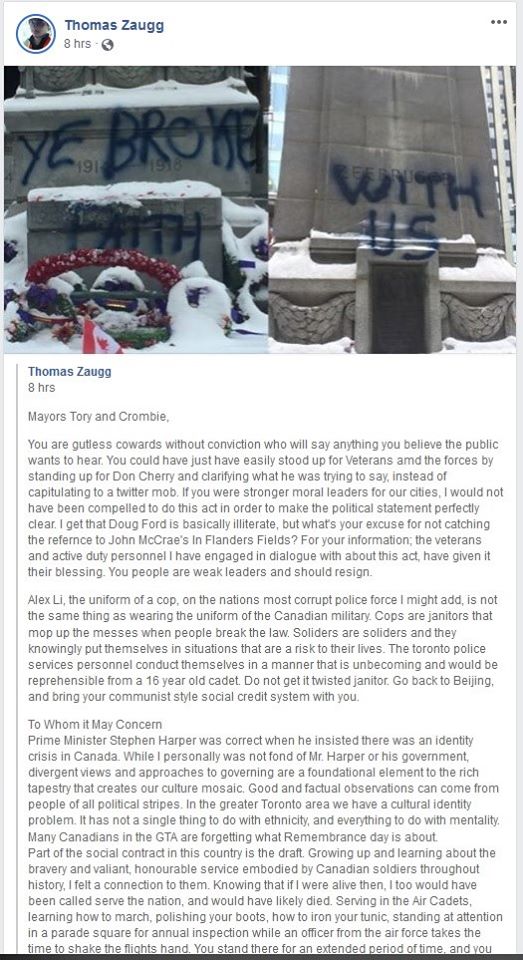 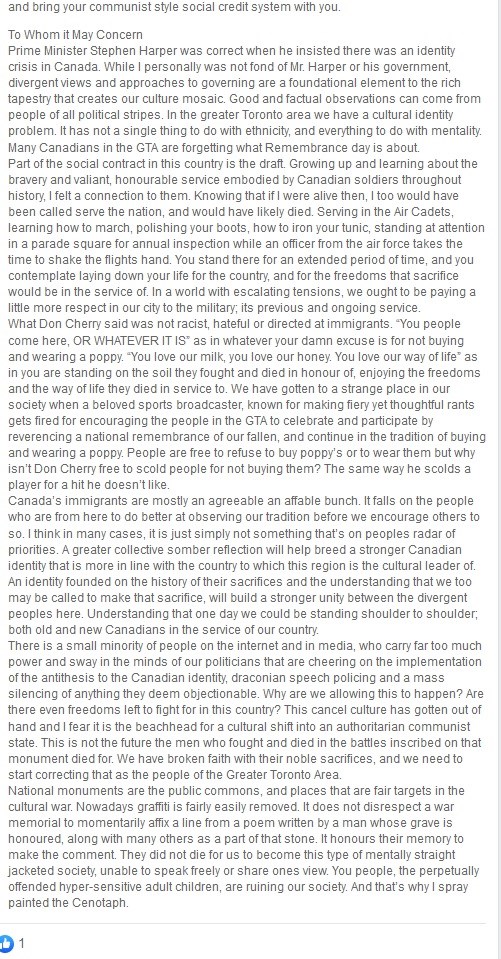 Some of Thomas Zaugg's likes on Facebook are.... problematic. 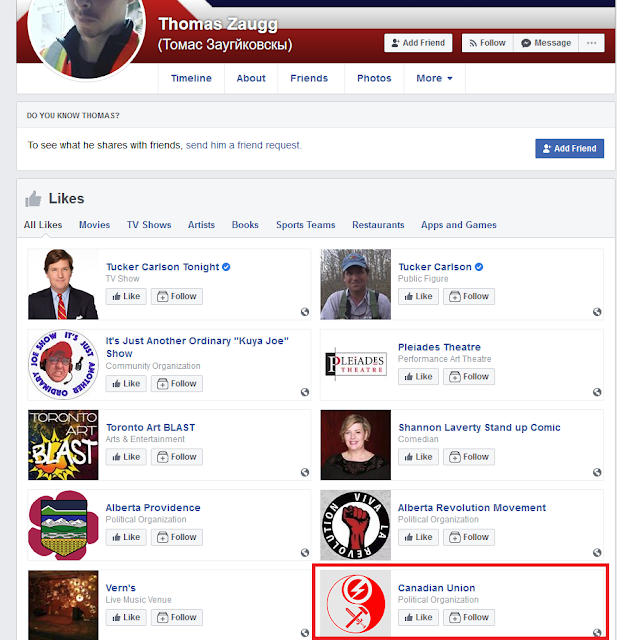 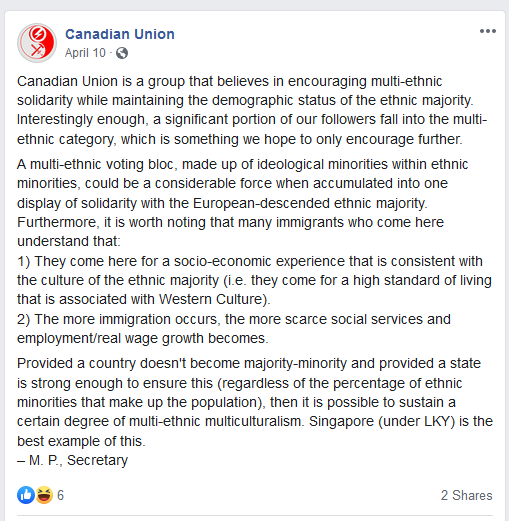 Zaugg is also associated with the Proud Goys (a group we have briefly written about on occasion), an antisemitic offshoot of the already super bigoted Proud Boys. He's one of the people featured in this photo with white supremacist Paul Fromm: 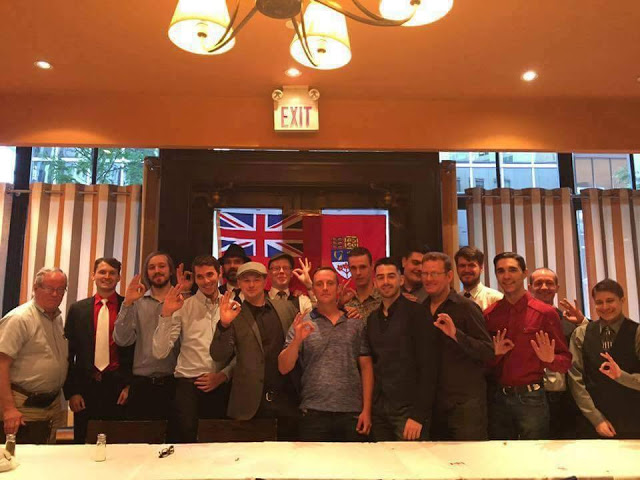 So, now we get to the eventful part. The yellow vests and other associated hatriots decided to hold a rally in front of the Roger's building in Toronto on Wednesday. 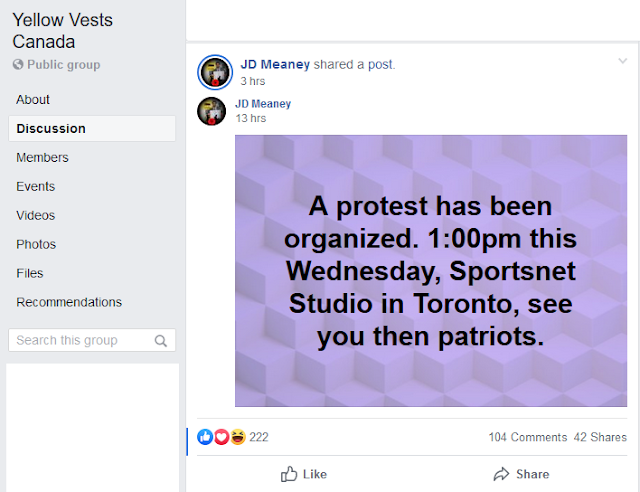 In attendance, around a dozen people including Rick Boswick, Martin Brousseau, Alex VanHamme, Lily(last name unconfirmed), Ronny Cameron, and Gus Stefanis, all far-right leaning members of  the yellow vests or other hate groups. So some protest. 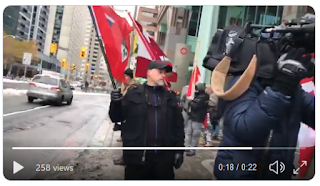 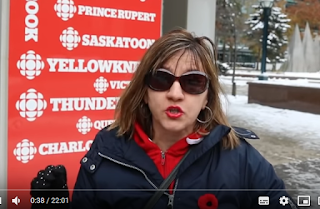 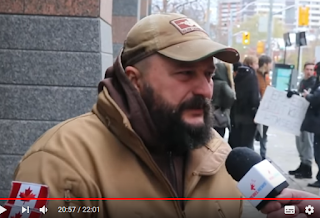 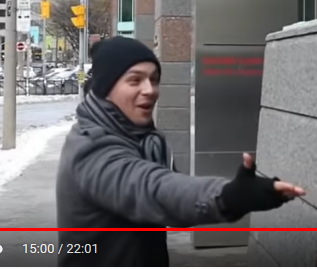 And when yellow vesters have rallies, they bring with them a wide variety of... ahem, grievances.

This started a bit earlier, gives you an idea of the crowd.

I want to stress: the first few people we spoke to were genuine Don Cherry fans. But it wasn’t long until I heard:
Rape gangs
Communism
Globalists
Pedophile ring
And an “Epstein didn’t kill himself. pic.twitter.com/tb8O0LUrUr
— Lucas Meyer (@meyer_lucas) November 13, 2019

At the Rally, Ronny Cameron apparently had a heated exchange with Alex Van Hamme and according to Cameron, Van Hamme sucker punched him. 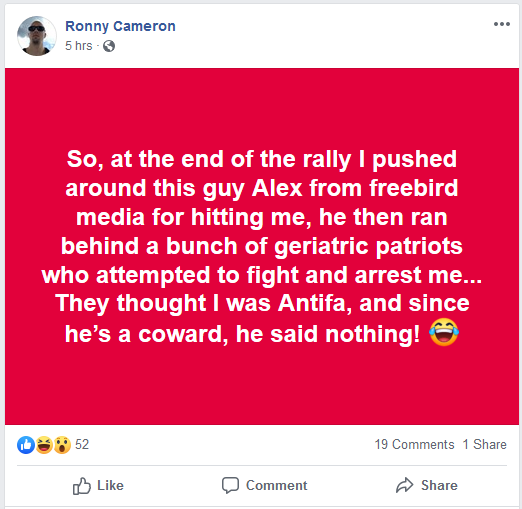 Boswick uploaded a video of the confrontation following the punch. It's really funny to see Cameron, a white nationalist and ally to all these people, being called antifa and a liberal. What isn't funny is that Martin Brousseau who doesn't know him actually assaults him, and as you can see attemps to place binders on his hands.


Brousseau is a very unstable individual. As funny as it is to see him attack a piece of garbage like Cameron, he could just as easily do it to an innocent person. We still caution that people need to be wary around him.

And a day later, Brousseau's dilapidated bus is still parked on the sidewalk in front of the Roger's building.

And the rest of the hatriots are rallying around him as if he's some sort of hero. Note: he isn't. 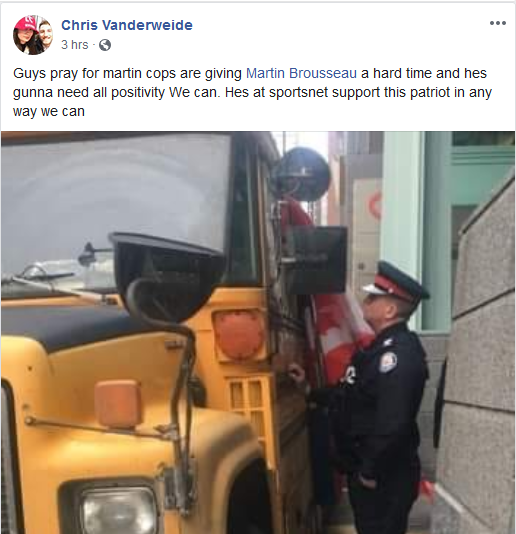 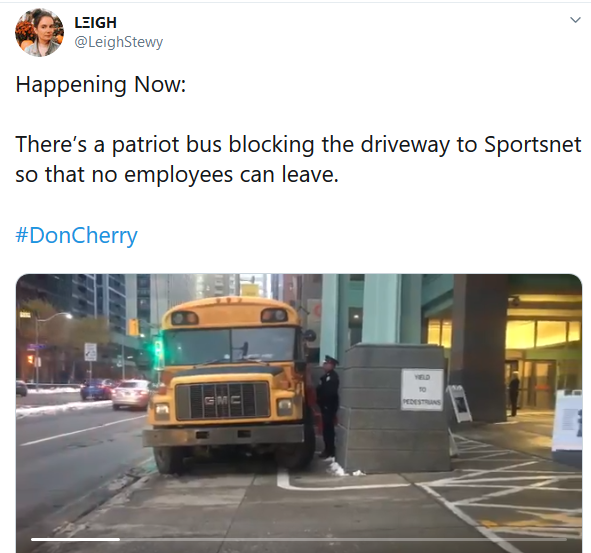 So in closing, the rally was a shit show. There were as many reporters present as there were protestors which is always a sign of success. It was attended by far-right hate groups, there was physical infighting within the protest and nonsensical rally signs. We'll continue to keep everyone updated, as they have another rally scheduled for Saturday.