ARC Celebrates 12 Years on Blogger: Some Big Changes In The Works

NOTE If you are considering supporting ARC's work financially, we have a Patreon account.

It was 12 years ago that I posted this message to what would become one of Canada's premier monitoring sites of the racist and far-right which, if I'm to be completely honest, is still as much a surprise to me as it may be to many of you:

Hey, we all have embarrassing stories from our past. For example, I as a teenager bought "The Sign" by Ace of Base. I deserve your ridicule for that.

Initially I intended to focus this aesthetically ugly little spot on the Internet exclusively on covering  the Aryan Guard out of Calgary. Goodness knows McKee and company provided a great deal of material with which to work with. I very soon decided that the work needed to be expanded to cover as much of Canada, with the occasional international story with links to this country, as I could. Despite the "Collective" part of the ARC Collective, for much of the past 12 years I had been doing the work alone, however there were some people during those early days who made invaluable contributions. I think of especially an individual using the handle "NomDeGuerre200" whose, "A History of Violence" timeline (which I have continued to add content over the years) remains in my mind the single most important contribution to the blog. There were also others during these years who made very important contributions and I appreciate all of their help.

For me, "Collective" was more symbolic in meaning. I felt anyone who supported ARC, either by contributing articles, providing intel, offering moral support, or even being willing to take a stand for what was right and confronting bigotry and hatred head on were a part of ARC even if only in a spiritual sense as kindred spirits. I still believe this today.

That said, there were, and still are, times when this work becomes very lonely. There have been a lot of sacrifices made personally that I won't go into. The work also changes you. One can't expose one's self to some of the worst of humanity unscathed. There was a time when I thought that I was so mentally strong that I couldn't be touched by it, but that was spectacularly naive of me. Even a boulder made of granite will, in time, be weathered and eroded by the constant barrage of the elements against it. Humans are not granite but flesh, blood, bone, and most importantly mind. If you do this work for a long time, you will be damaged by it. The question then becomes is it worth it? I still believe it is because I know that ARC has been able to make a difference in the lives of a lot of people. I know this because a lot of those people have reached out to me. Some of these people were victims of racially-based violence. Some were former extremists who wanted out and asked for help doing so. And there have been those who, after being exposed to the blog, decided to go down a different path than the one they had been on. Even a single life changed would, for me, be worth all the struggles, mental health issues, and sleepless nights.

Today I am fortunate enough to have a team of wonderful writers and researchers who are now working with me. The folks with Yellow Vests Canada Exposed have for example done the lion's share of the work for example on the Iron March leak as well as, well, the Yellow Vests movement of course. Member "BloodRayne" has provided their amazing intel gathering skills as well and contributing to my cheesy vampire-themed used handle thing. Evan Balgord and the folks with the Canadian Anti-Hate Network have been tireless holding to account some of the more significant players on the far-right in Canada. Most importantly, their support and friendship, and the support and friendship of others not listed but who know who they are, has resulted in the work feeling far less lonely and that alone earns my eternal gratitude.

Thank you, all of you.

Now, as the blog enters the tween years, I figured that we need some new clothes. Yes, I know. The blog is ugly and looks like it is set in the early 2000s at best. Meh! I still like the look! That said, we did decide that ARC needed to update the logo and banner so in the next few days there should be a new image featured on both the blog and the ARC Twitter account designed by people who are actually competent that won't necessarily rebrand the blog but will make it look marginally less like it was designed by Luddites.

The other change may be significantly more substantial.

I'm not going to go into details yet as we're just in the planning stages, but there may be a time when I stop referring to the site as a blog. We have to work out the details however so stay tuned.

I started Anti-Racist Canada when I was in my early 30s. As I write this I'm approaching my mid 40s. If necessary I plan on doing the work into my 50s and beyond.

If the racist dumbasses all decide to reform and become good people, I would much prefer to turn the blog into a craft beer appreciation site. I mean, I'm not going to hold by breath, but hope springs eternal.

Happy birthday ARC. Here's to another 12 years and beyond. 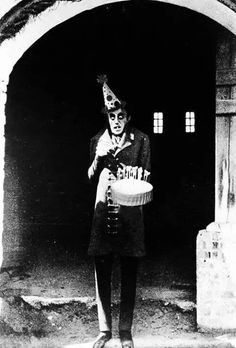 My Congratulations to you. Fight the good fight.