Recently, we heard about more antics of the Rebel Media terrorizing everyday Albertans they don't like (seems to usually be a person of colour or science supporters). Rebel Media, a far right outlet pretending to be the news, has been pushing out conspiracy theories and skewed "news" stories for a few years now centred around immigration (mostly about Muslims), taxes and anyone to the left of Mussolini. Their past entertainers like Lauren Southern, Faith Goldy and Gavin McInnes have all developed their own careers in performative assholery: 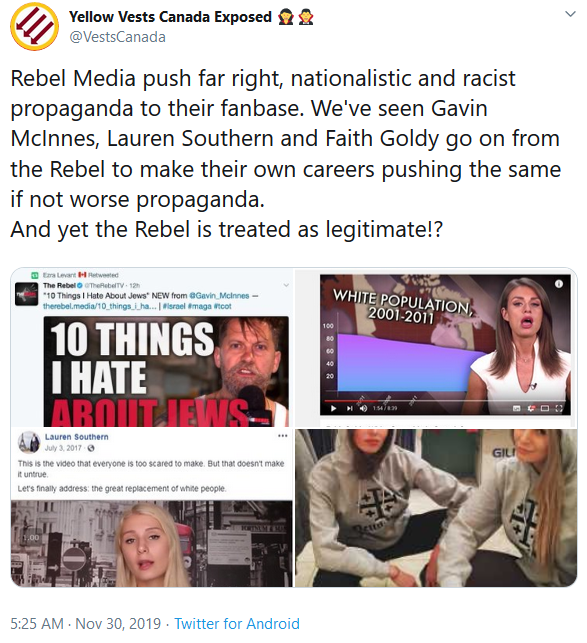 Keean Bexte, who cosplays as a reporter for the Rebel Media has targeted a historian and local activist out of Edmonton named Bashir Mohamed. Bexte referred to Mohamed as an "unhinged Muslim refugee", described him as thuggish and accused him of pushing Bexte off the sidewalk into oncoming traffic.

If you watch the footage, you can see that Bexte never actually moved, lost his footing or anything to suggest a push. I guess when you're someone like Bexte, having someone stand next to you is a push.  This is important to note as it seems to be Bexte's brand of hyperbolic melodrama. An example of Bexte doing this is to describe Mohamed attending a meeting as crashing it, we'll elaborate further and how Bexte is creating space for violence against Mohamed.


An unhinged Muslim refugee crashed a Catholic School Board meeting this week because they wouldn't do things his way. A "gang symbol" was removed from the classroom, and Mohamed is now crying racism. Here is his sketchy past: https://t.co/6arXjkGgMT pic.twitter.com/kabcAv3nDS
— Keean Bexte 🇨🇦🇭🇰 (@TheRealKeean) November 29, 2019

Bexte didn't show the video clips where Mohamed interrupted Bexte's interviews to inform the interviewee that the person they were talking to was working at a white supremacist online store.
Bexte has a hilariously long winded resume of gotchas and is someone we've covered on ARC before.

To give some back story on this - Mohamed has been helping a family and issues around discrimination at school by staff. A child named Emmel wore a durag to school, he was asked to take it off and that the durag was gang affiliated. The family reached out after the mom, Una Momolu was banned from the school during a meeting.  Momolu was banned due to a report of aggressive behaviour, except that the Edmonton Journal reports that Momolu had been recording audio of the meeting and the audio tells a different story, as does Emmel.

You can watch a video summarizing the incident here:


Mohamed, who has amassed a decent sized following has been helping the family by lending his voice in the community around these issues. Bexte, as mentioned before about his brand, said that Mohamed CRASHED the meeting, here's the video of that meeting that you can see for yourself and how he CRASHED it (he didn't, he sat in his chair, put his fist in the chair 10 minutes in and held up a petition).


So let's recap. A family has a son made to take off his durag by the school, when his mother comes to advocate for her son, she is accused of aggression. The police are involved and the mother is banned from the school for a year. Mohamed helps the family, canvasses the community and attends meetings. Our local "Rhodesian noob" Bexte then turned this story into a hit piece.

Bexte posted a twisted version of this story to Twitter and YouTube and the comments are alarming. 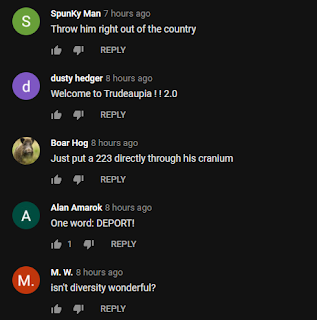 You can find tweets here

Bashir Mohamed is now monitoring the comments where these videos have been posted across social media . These comments are full of threats fueled by anti-immigrant sentiment and outright racism. All of these are memes we've seen before about diversity and Trudeau. It's never going to stop is it?
Posted by Yellow Vests Canada Exposed at 23:32