Patrik Mathews in United States: Training Base Members in Georgia

Well this is less than reassuring:

Scoop: @MackLamoureux, @ZacharyKamel and I learned from sources that neo-Nazi terror group The Base are hiding Patrik Mathews, the missing Canadian ex-soldier with explosives and weapons training, who allegedly entered the U.S. this summer illegally. https://t.co/e0t6BUAM08
— Ben Makuch (@BMakuch) December 5, 2019 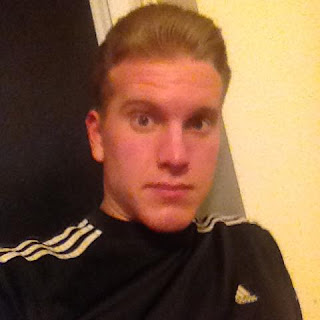 As @fisher_birch told us, if Mathews had pledged to ISIS the resources put into finding him would likely have been more significant. pic.twitter.com/i56RqlKM9E
— Ben Makuch (@BMakuch) December 5, 2019


It's latest propaganda video, ends by making several death threats, including towards us. At the same time, we also learned members of The Base have openly discussed 'direct action'.
— Ben Makuch (@BMakuch) December 5, 2019

ARC first learned of Mathews when he began following us, YVCE, and others on Twitter though we were not yet aware of his real name at the time. Ryan Thorpe would eventually reveal it having engaged in some incredible undercover work:


ARC has viewed the latest propaganda, from a brand-new social media account which describes itself as an “official” channel for The Base.
In addition to a threat against a Vice journalist, other journalists who have covered the story in recent months are included.
In the short clips, a masked man is shown providing direction and instruction to fellow Base members.
From Vice:

The news illustrates how The Base, previously a mostly online collective of hardcore neo-Nazis, is evolving into a bonafide terror network with a recruitment structure, a paramilitary training apparatus, and the capacity to covertly ferry members across international borders to fit its insurgent ambitions.