Back on October 27 I wrote an article in which I discussed Steven Myatt's apparent ghosting of a person he owes money to after his relocation to Alberta. He had also raised thousands of dollars from "patriots" for his effort to hire a lawyer to sue Justin Trudeau and have him removed from office for treason; that money too is unaccounted for.

In what I assume must be a completely unrelated development, Myatt appears to have deleted his Facebook profile not long after the article was published.

But if there's one thing the Canadian "patriot" movement doesn't have a shortage of, it is individuals who will jump on the latest fad in order to (1) make a quick buck, (2) engage in self-promotion, or (3) both. For example:

While ARC has not devoted an article to Ronny Cameron in some time it was probably inevitable that he would jump on the Wexit bandwagon despite the rather inconvenient fact he lives in Scarborough. Though his influence is minimal compared to what it once was (and it wasn't much even then) because of his tendency to burn bridges then the ashes of the bridges, Ronny is now pushing mass emigration to Alberta as a means of establishing a far-right white homeland. Thus far support for the effort from his supporters, while mixed, does lean towards the desire for said mass migration to Alberta, though few actually seem especially committed to it themselves and they have a rather naive and simplistic understanding of the topic: 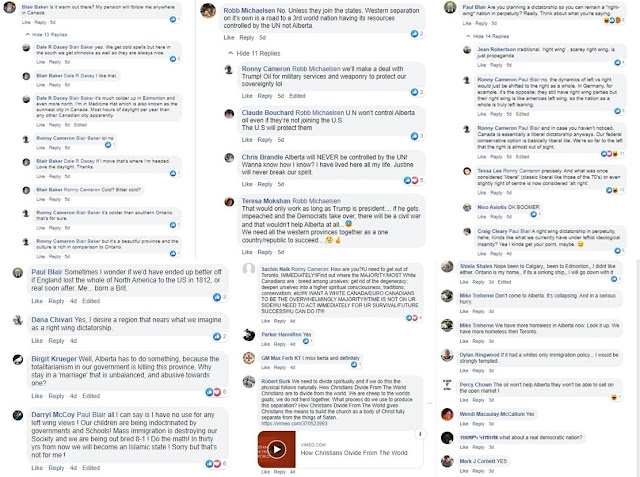 To further illustrate the views of many of his remaining supporters regarding the subject: 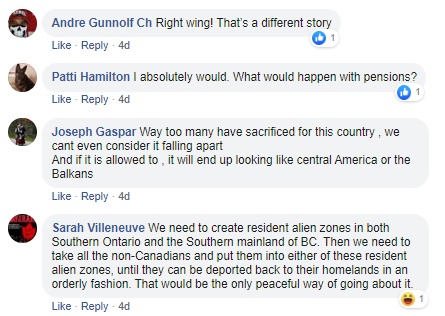 Last week Ronny uploaded one of his tedious 2+ hour videos of himself attempting to appear knowledgeable about subject matter he has very little understanding of. For example, he couldn't do a 4 second Google search to determine how many MPs Alberta has:

I'll spare readers the tedium of watching the whole thing and provide the highlights from the first half-hour or so (I include my own editorializing):

Blames immigrants for the election of the Liberals and engages in some inaccurate reporting of demographics:

Also, working hard for something sucks so why bother?:

"Immigration is horrible! We can solve this problem through (checking note) immigration!"

Then there's some of the most egregious historical revisionism I've read in some time.

Really. The ignorance is almost sublime:

Finally, Ronny might be a Sith in that he believes in absolutes:

Yeah I know the descriptions of the clips are lazy but really, he doesn't warrant a lot of work.

Ronny's effort to ride the Wexit wagon back into a modicum of relevance in the world of the far right looks like it might hit a bit of turbulence due to the aforementioned bridge burning however: 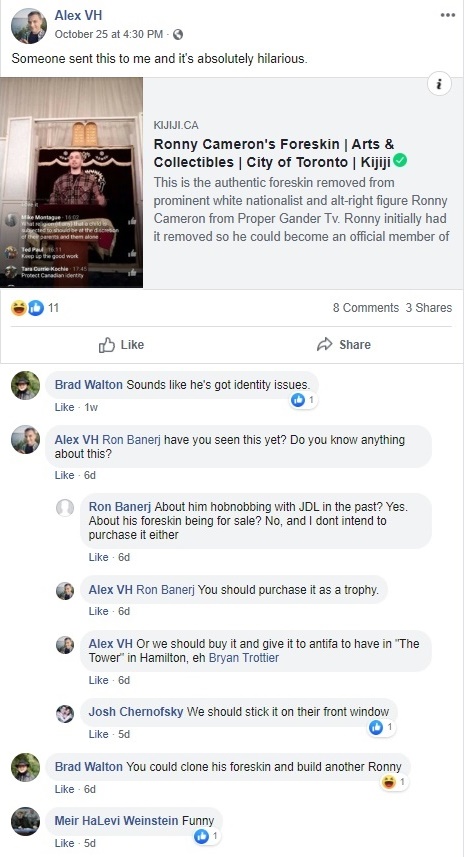 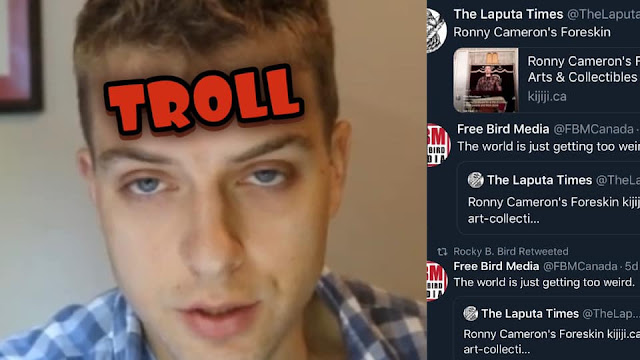 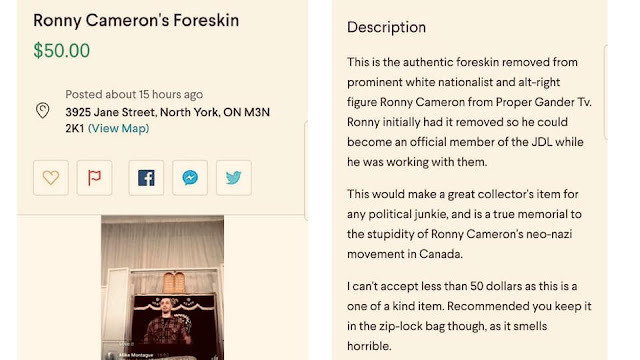 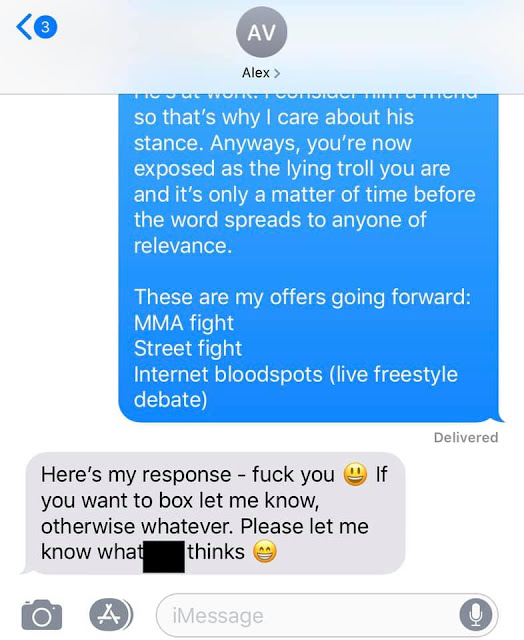 Ronny does have his supporters still.... 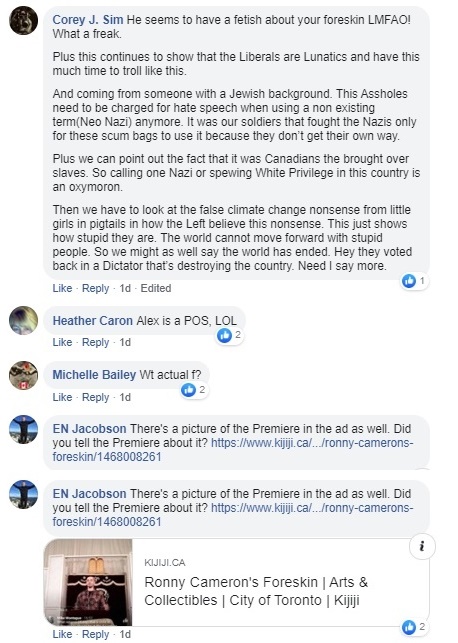 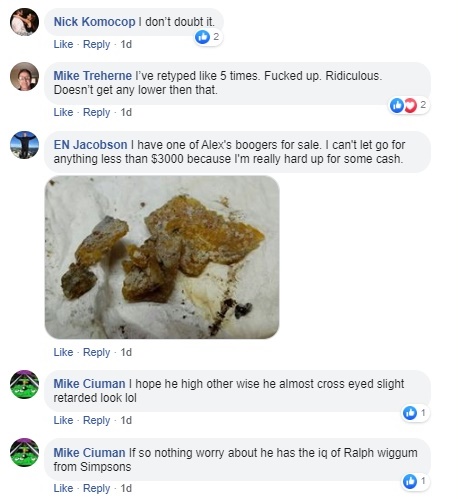 .... amongst whom is one Joey Deluca of the Worldwide Coalition Against Islam (WCAI) who seems to think he's an Italian mobster now: 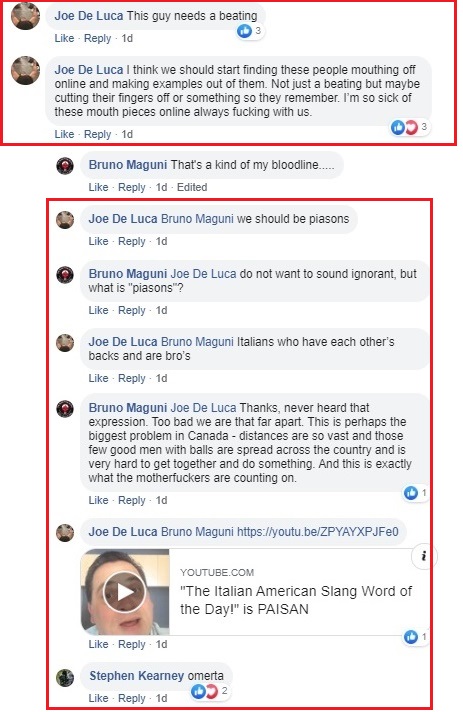 Like Ronny, Deluca has jumped onto the Wexit bandwagon: 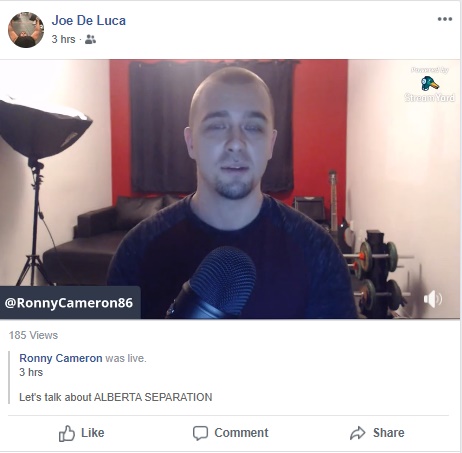 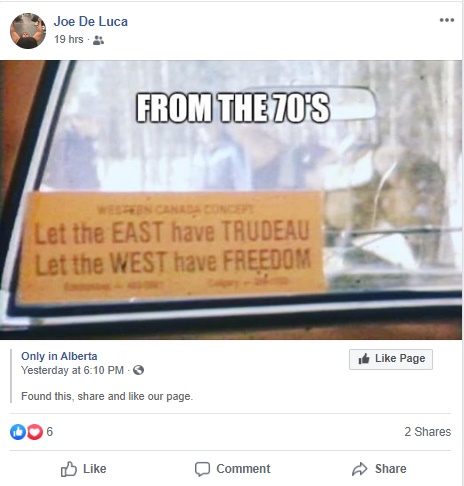 He also continues to be as charming and ill-informed as ever: 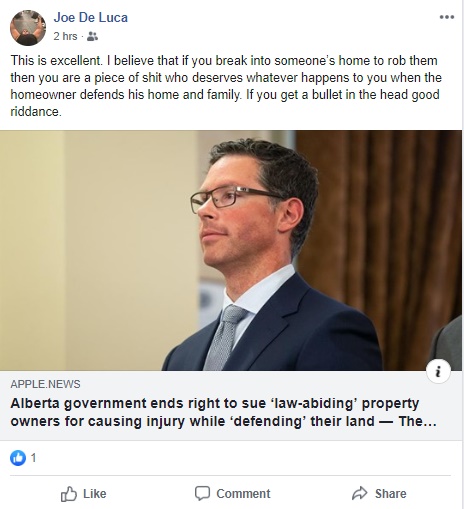 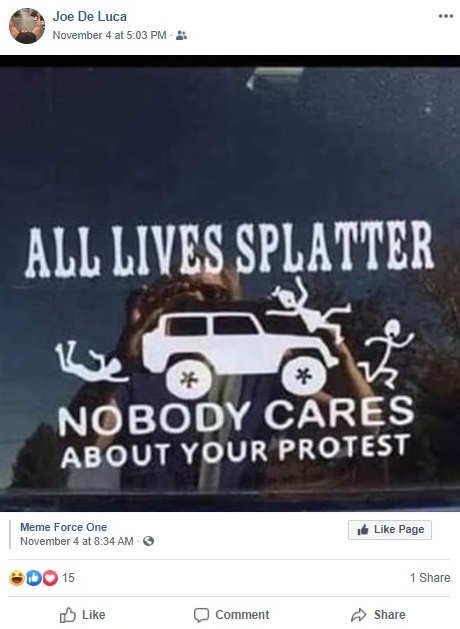 All this is what we've come to expect from Deluca, however it also appears that he isn't bothering to try and hide his racism any longer:

The most egregious example was caught by our friends Edmonton Against Fascism:

You might remember Joey De Luca from when he didn't show up for his own rally on [insert date] at [insert location].

Here he is being racist, as you might expect from a member of the Worldwide Coalition Against Islam. 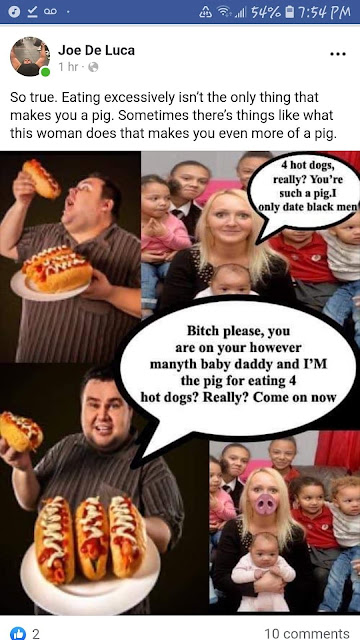 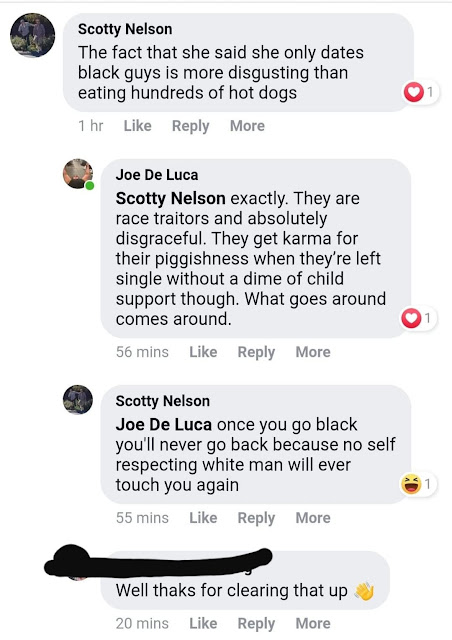 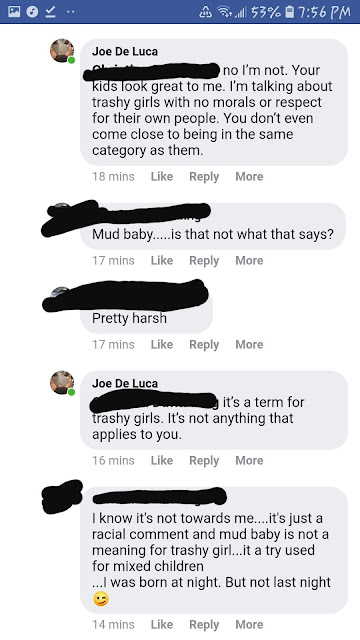 In the end, they simply can't help revealing who they really are.
Posted by Nosferatu200 at 18:11

Jumbo Joey is fat shaming others on social media? Interesting...