Samantha Craggs, a journalist for the CBC in Hamilton, ON, has just posted this:

The founder & leader of the Canadian Nationalist Party has been arrested in connection with attacks on 2 women in Regina https://t.co/saz5LojNu5
— Samantha Craggs 🎃 (@SamCraggsCBC) November 13, 2019

The women had visible injuries and were taken to hospital for treatment.

Police said further investigation revealed the women had been talking with Patron earlier in the night. It's alleged that Patron offered the women a ride home, they refused, and then he assaulted them.

Officers spotted a man matching the description walking westbound on Victoria Avenue. Police say they attempted to stop the man "but he refused and carried on."

Police said they found out the suspect's identity and arranged an interview with him. He was subsequently arrested and charged.

Readers will recall that prior to the election ARC released the names of individuals who signed up as members of the neo-Nazi party which allowed it to gain official status for the then upcoming election:

The press release from the RCMP states Patron has been charged with the following:

Yeah.... these are very serious charges.

And a breach of probation? That is especially interesting to learn.

Perhaps not surprisingly, Patron appears to be denying the charges:

Anyways, given the views of his party regarding women, perhaps we shouldn't be surprised to learn about these charges? 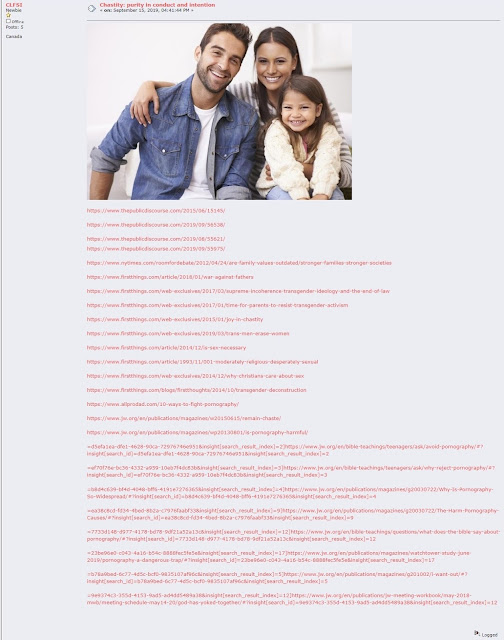 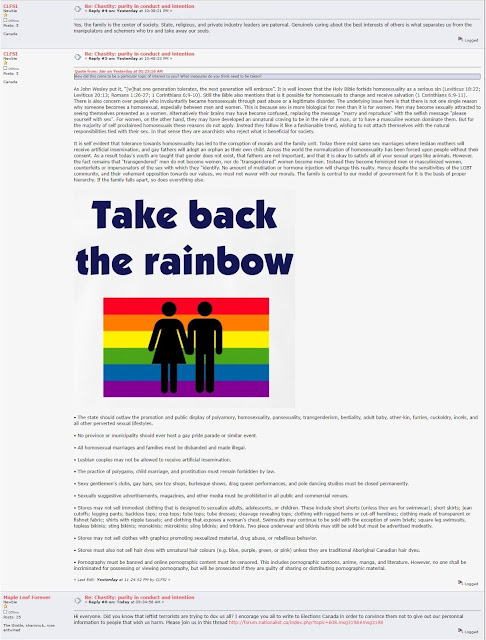 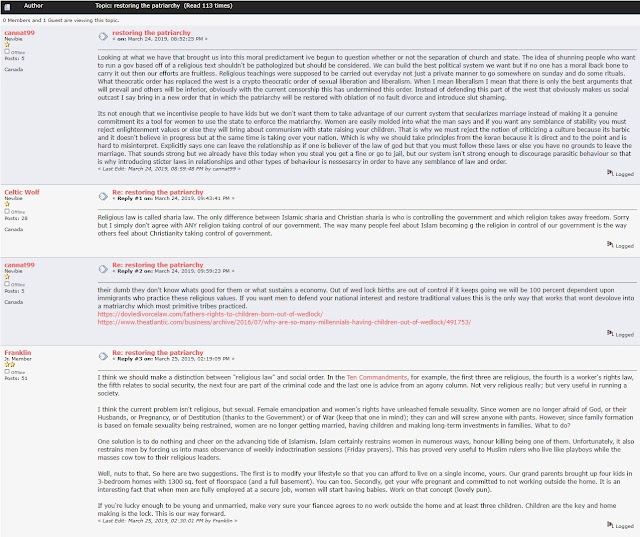 Eventually Patron posted an update on Facebook stating that he would provide a statement:

The statement wasn't really anything more than what he tweeted earlier: 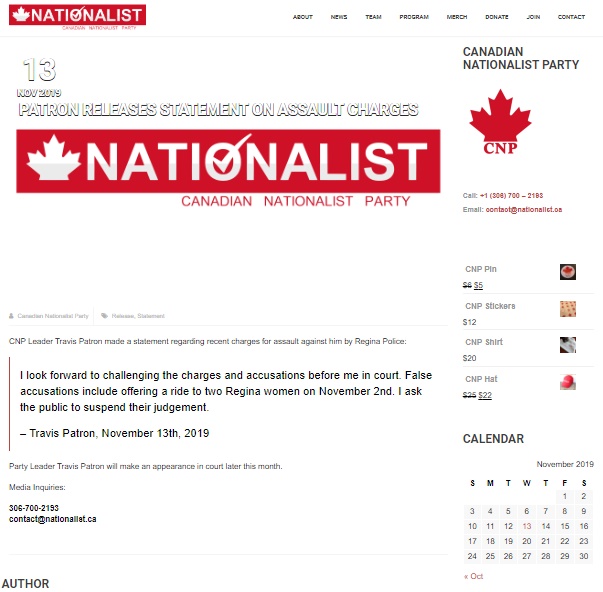 So far the response has been interesting:

I'll be providing more information as the story develops.
Posted by Nosferatu200 at 16:22

Email ThisBlogThis!Share to TwitterShare to FacebookShare to Pinterest
Labels: Patron