The CNP Eligible For Official Party Status Part III: The Response to the List Release

It hasn't yet been a week since ARC published the membership list for the increasingly overtly fascist Canadian Nationalist Party. Thus far the story has been picked up by Vice; journalist Mack Lamoureux interviewed members of ARC (which I'm pleased to write officially includes the incredible members of Yellow Vests Canada) prior to the release as well as after to gauge the reaction:

A far-right party (whose plan is to keep the "European-descended majority") became official in Canada, but to do so their member's names had to become public—something most members didn't want

They did it anyways


In what seems to be a case of bravado Travis Patron also released the names of the members.... by copying and pasting the list from the ARC article:

How do we know Travis literally copied and pasted our chart?

Because I made a correction, resulting in a CNP member being in the NS list while a resident of NB after making an error initially.

Personally I get a kick out of Patron throwing his own members under the bus:


Anyone can submit a declaration in support of registration directly to Elections Canada. Under the Canada Elections Act there exist no ability to deny someone from supporting the registration of a political party and therefore, a signed declaration does not imply endorsement of the signatories actions or beliefs.

In publishing the list himself (plagiarized though it might be), I'm not sure if Patron quite know what he's done and how bad it makes him appear though.

I'll get back to this momentarily.

When it was suggested that the list of members would be revealed should the CNP become eligible for official party status after meeting Elections Canada requirements, Patron stoked fear that the members would be the targets of violent retribution and the participants in the form had a full on panic attack:

In fact they were so concerned that some of the forum members engaged in a letter writing campaign that included direct appeals to the Commissioner of Canada Elections. Indeed there were numerous separate forum discussions about the matter including the following: 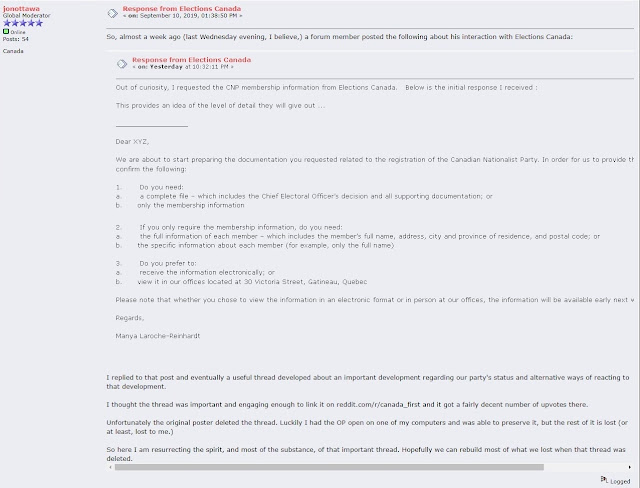 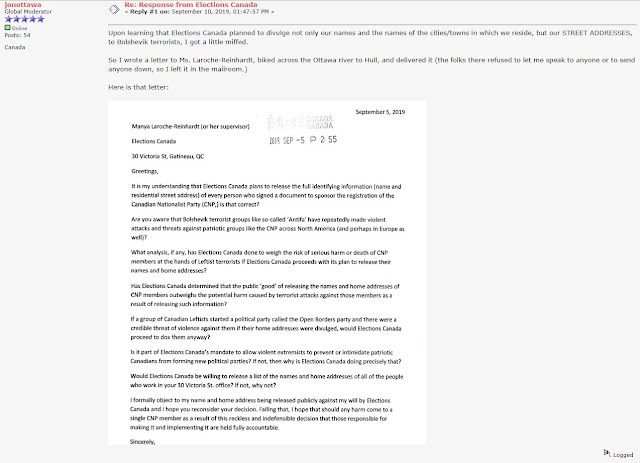 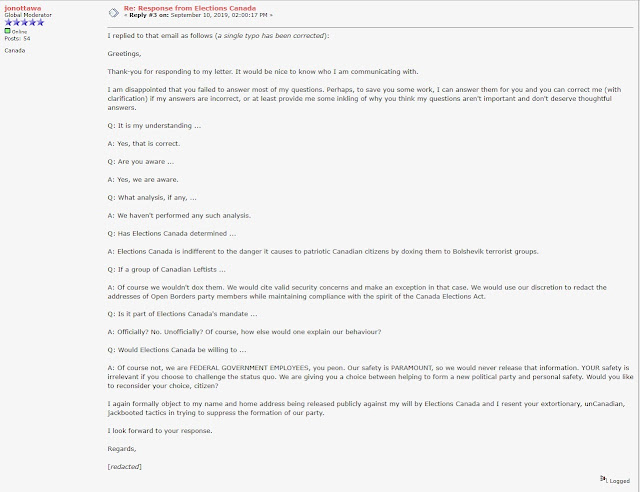 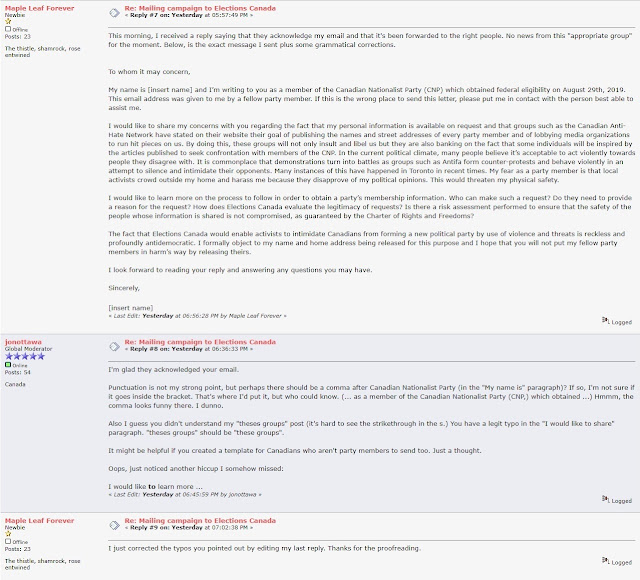 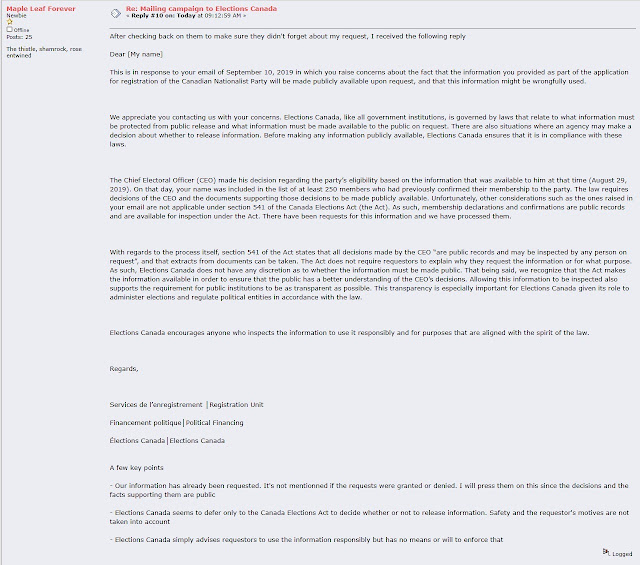 Now, here's the problem with Patron posting the list himself. For close to two months he had been pushing a narrative that releasing the list would expose his members to harassment and potential violence. Since he has now posted it on his own website, one of two possibilities must be true:
Anyways one looks at it, Travis Patron comes across very poorly.

And despite posturing by forum user "JamesNorth" who is apparently known to friends and family as James Barker and who left this comment on the blog (still in moderation), this doesn't really help their case either:

Others were less inclined to puff out their chests as posts on Reddit indicated soon after: 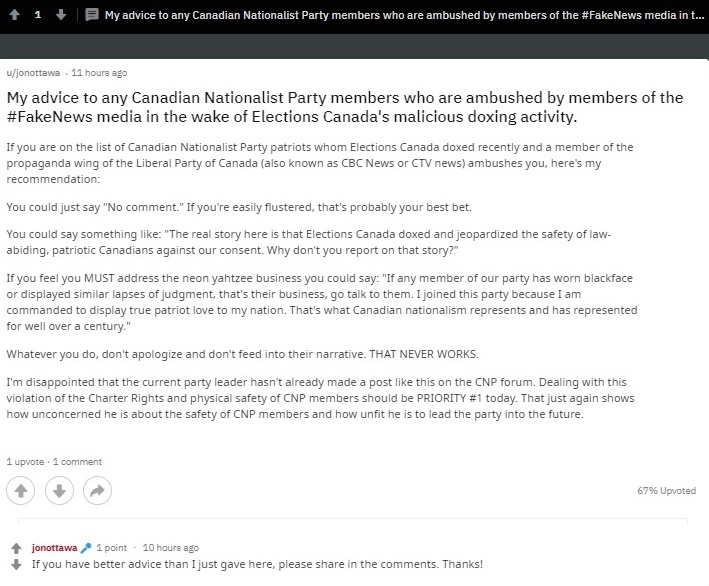 Now if you're curious about who "jonottawa" is, he is a former moderator on the CN forum.... emphasis on former as he resigned days before the release of the membership list:

You won't find this anywhere on the forum as Patron deleted it, however ARC will be discussing this and other CNP forum posts in the next article.
Posted by Nosferatu200 at 18:33

I could not possibly find this funnier

Their party is subject to "scrutinty"? Patron sounds like he's wasted on pills.

Aren't all registered party on public record? Why do these fools always claim persecution?