I've been taking a bit of a mental health break from both the blog and researching the groups and individuals who have found their way here by generally being awful. Believe it or not I've been spending much of it gardening. Today I completed a field stone circle ring around one of my trees in which, after the winter, I'll plant some Irish Moss and English Ivy and hope the two plants get along better than the Irish and English have historicall (or because, of Brexit, currently). Next weekend will be spent dehydrating my chili peppers and herbs; basil, oregano, thyme, and rosemary. Then it will be time to winterize the yard and get ready for the first snowfall which I really hope won't occur until December at the earliest because as I get older I'm less inclined to enjoy shoveling snow while my feet and ears freeze.


But I haven't been completely out of the loop.

The last article on the blog concerning the radicalization of a young man in British Columbia received a great deal of praise for which I'm very appreciative. My hope was that it might serve as a means to understand the process that takes place using this particular individual as a typical case.

Skyler François, the subject of the article, however didn't seem especially happy as he deleted both Twitter accounts and his Gab profile: 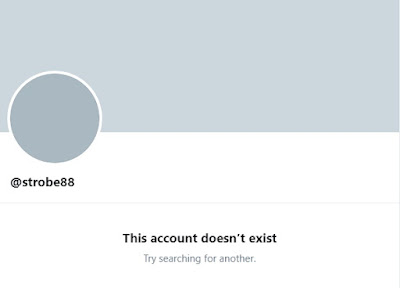 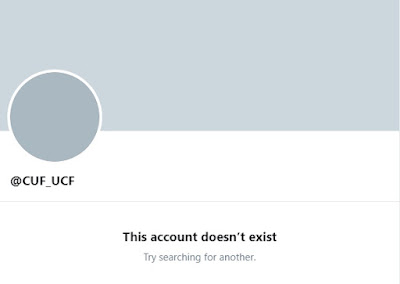 It isn't a surprise that he would have attempted to erase his online history despite it being a futile effort. He isn't the first to have done this after an ARC article and he won't be the last. He's also not the first to threaten ARC with legal action which he did as well:

This is that letter: 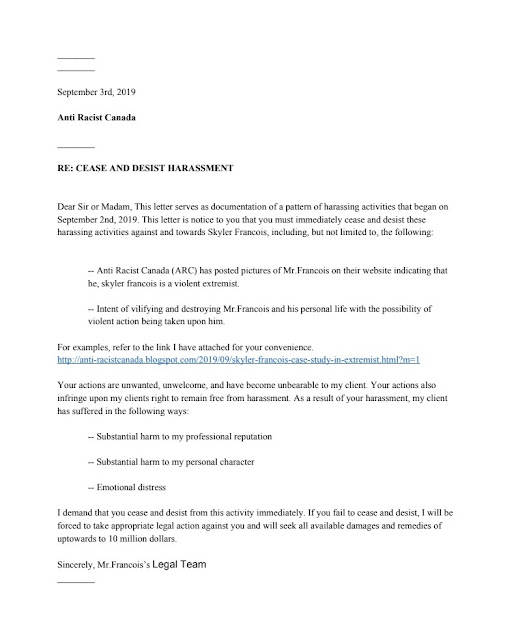 I almost never respond to these messages because, well, you all can see why. In this case however I decided to reply. This is the content of the email I sent to François (I'll also include some screen shots that I didn't send to him to further illustrate the point I'm making):


I wrestled a bit over whether or not to respond to this email. In the end I decided that I would since I believe there are things that need to be said.

Let's start with the "cease and desist" letter. This document is one of the worst attempts at legal intimidation I've seen in years and trust me when I tell you that I have been provided numerous laughable examples for more than a decade. Let's break it down, shall we?
There are more issues with the mechanics of the letter and your attempt at using legal jargon, but I feel I've made my point.

Now let's discuss the faulty logic behind the fake legal threat. Everything I wrote about you was based on information that you posted online yourself. If I could find it anyone, including future prospective employers who now make a habit of checking online for information about potential employees, can find it as well. Once it is online, your posts are for all intents and purposes public domain. I would further note that you claimed to be the head of a political party. While we might argue about the veracity of said claim, if it were to be accepted then that claim would make you a public figure which would also make you someone for whom a political critique would be warranted. 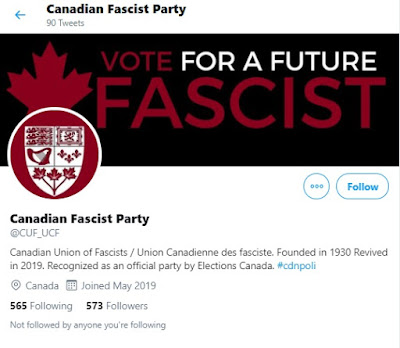 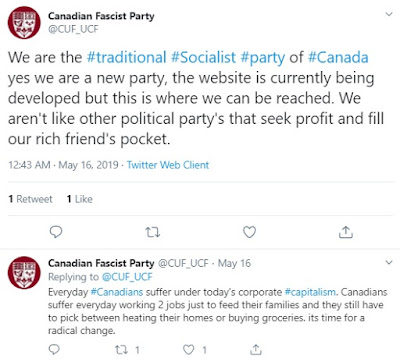 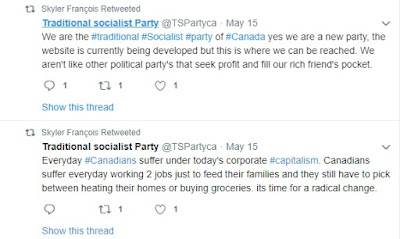 Regarding the suggestion that ARC is engaged in a "pattern of harassment" by pointing to a single, though incredibly well sourced, blog article featuring public statements made by the subject of the article and analysis of said statements, well.... none of this would be considered to be harassment in any way, shape, or form by any court in the country.

The beauty of Canadian tort law is that the person who loses the case pays costs for both the parties especially if it is perceived as vexatious and without merit. Being made uncomfortable by your own words is not grounds to sue and you would not like the outcome of such a case should it be pursued.

More important to me than the threat to ARC implied by your letter however is the rank hypocrisy in your letter. You complain about emotional distress and that you should "remain free from harassment." I would note that at no time do I suggest that anyone harass or harm you, however based on your own posts on Twitter you were very happy harassing others, celebrating violence committed against others, and creating fear in others when you thought you could do so with impunity. 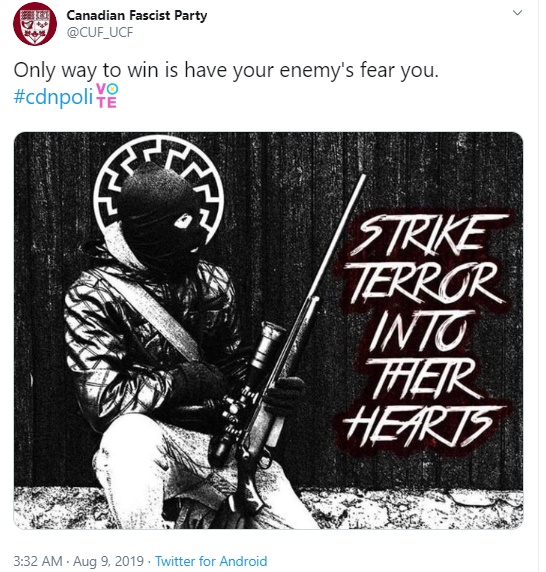 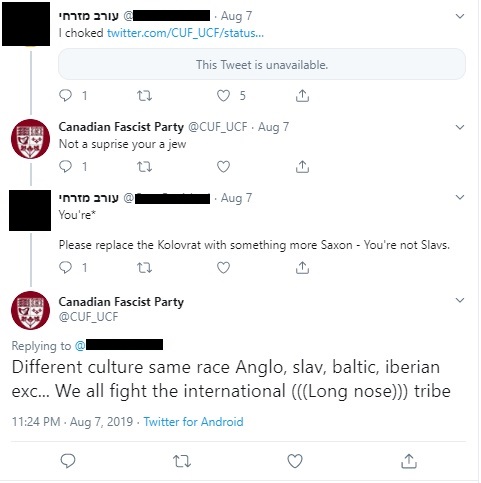 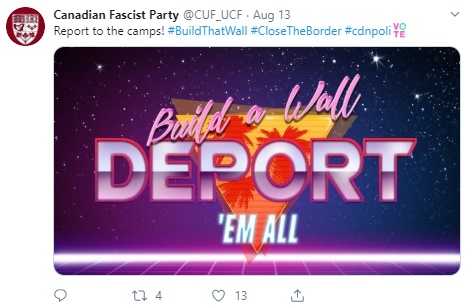 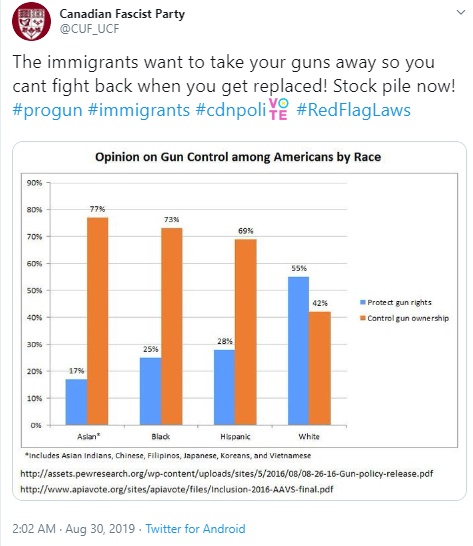 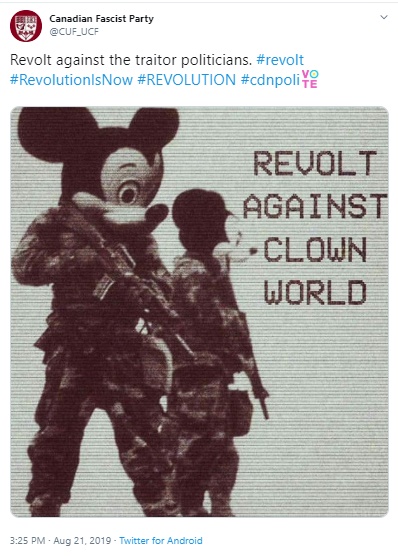 Your attempt now to hide all of this by deleting the two Twitter accounts that I am aware of as well as your Gab profile is now sort of like closing the barn door once the horses have escaped. You may be young but at 22 but you are an adult and fully responsible for your words and actions. You need to live with the consequences of what you have written now and no amount of trying to escape from those consequences will change that fact.

I always hold out hope for people like you though. You are young and it certainly isn't too late for you to go down a different path than the one you are on now. At the start of the article I posted a number of resources for those whose loved ones are being radicalized. I would urge you to contact someone who might be able to get you off this path because it never leads anywhere good.

I'm not sure if François will respond to my reply, but if he does and if it contains anything relevant I'll update this post.
Posted by Nosferatu200 at 07:46

Thank you for featuring Skyler as an example of how radicalization happens. There was a great programme on Tapestry on CBC Radio yesterday re: de-radicalization. Recommended. I applaud you for engaging Skyler and showing him the hope of simply turning this around and choosing a way forward that brings joy. He *can* choose life and lovingkindness, and there are those who have been there done that and worked their way through to self-respect and healthier living who can help him. The best way to right past wrongs is to live honourably and pay it back with good deeds. He'll feel a lot better for it, and so will those he's wronged. He's young and angry, and it may take him some time, but I wish him well in getting to a place of recognition, acceptance and forgiveness.