A few days ago while collecting screenshots for a future article on billionth and one example of far-right infighting I came across this post on Canadian Combat Coalition leader Dan Dubois' Facebook profile:

If readers have stumbled across any of the far-right Facebook groups -- Yellow Vests Canada, Pegida Canada, CAP for Canada, WCAI, etc OR the pages of individuals who are aligned with the noxious bigotry associated with these groups -- they would have soon come across one of these distinctive though simply designed missives. Some of the "memes" for lack of a better word will contain images: 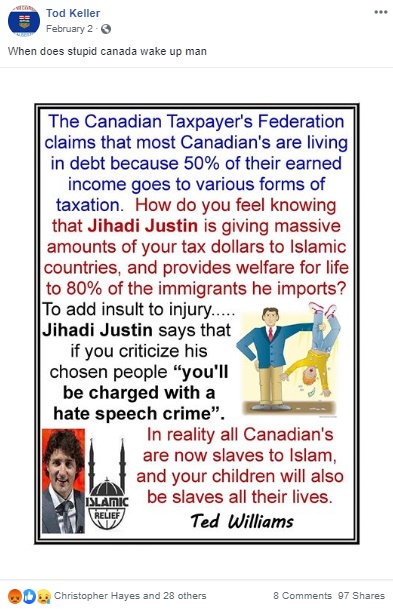 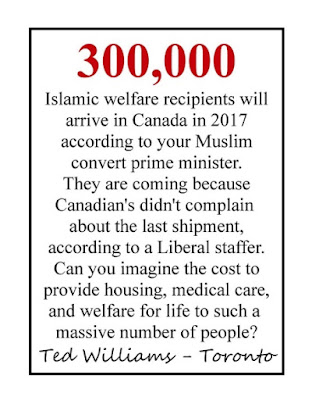 There are also some examples of text that are being attributed to "Ted Williams": 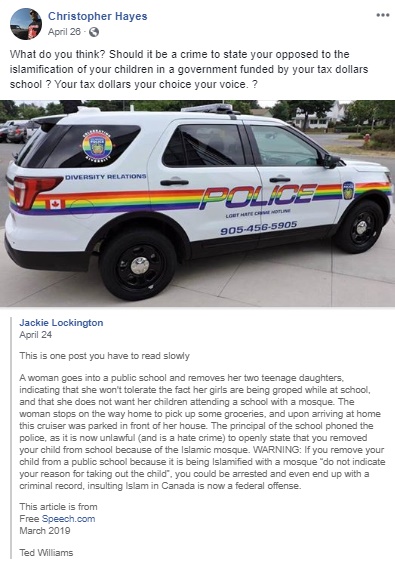 They are all devoid of factual information and are almost always outright lies, but they all are designed in order to disseminate anti-government, Islamophobic, and xenophobic talking points to those credulous bigots who support the views of the designer without reservation and without critical evaluation.

Most of the missives are signed by "Ted Williams" though the few that aren't are clearly his work as well owing to their distinctive look. Those who disseminate them regard "Ted Williams" as an authoritative figure in part because he confirms their biases and provides a pithy little diatribe that they can repost rather than thinking for themselves: 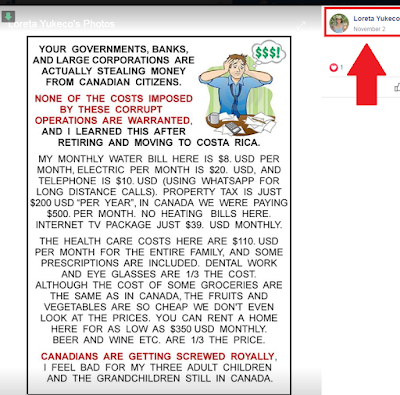 For some time we've been trying to figure out who "Ted Williams" was but with limited luck.

Turns out it learning his identity was embarrassingly easy.

We've been aware of Loreta Yukeco for quite a long time as she has made appearances on the blog in the form of screen shots of Facebook threads that we've posted, however we've never focused on her specifically nor have we looked into her very closely. She was just one of the numerous Islamophobic and anti-immigrant characters who's name became a common sight when examining people and groups who we considered more significant.

This past weekend we received information and supporting documents that indicate that she is in fact married to "Ted Williams":


...I've been "following" this FB account Loreta Yukeco which is supposedly a woman from the GTA who has been living in Costa Rica for the last several years.  She and her husband (John Newton aka Ted Williams)  have tried spreading their anti-Trudeau and Anti-Islamic hate in... expat groups, and has been blocked from most. I have been following her for a few years because I've been trying to report the propaganda she shares on her own profile as well as various Facebook groups. I can't tell how much of a risk she is to but she seems to have followers who are high up in racist organizations.

We looked up Yukeco's husband John Newton on Facebook. It might not surprise readers to learn that he isn't some sort of expert on immigration of Jihadist extremism. No, he's a 71 year-old retiree expat living full time in Costa Rica:

John Newton has also shared "Ted Williams'" missives suggesting that he is a "motivational speaker": 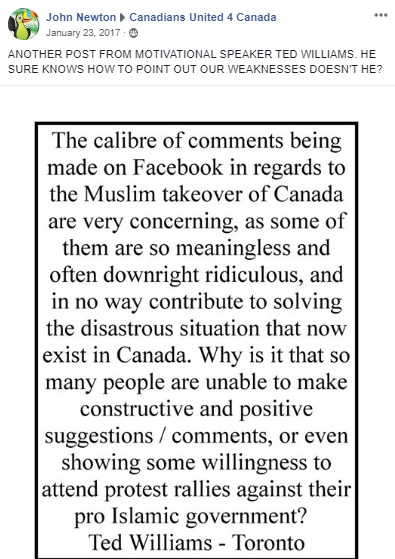 In any case, looking at his profile there are a few very subtle hints that John Newton is in fact "Ted Williams". I'm going to post a screen shot so you're going to have to examine it very closely if you want to pick up on the clue:

John Newton has posted a few images that appear to be of himself including this circa 1980s/90s profile in dignity.... 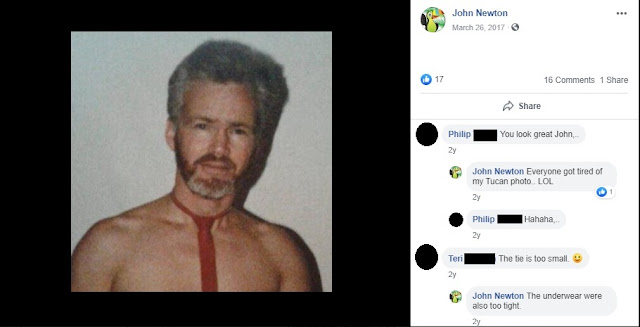 .... one that appears much more contemporary.... 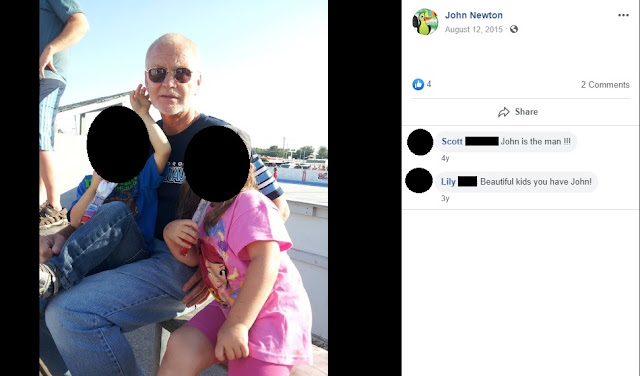 .... and one that looks to be a photo he found online but which still hints at his views in the comments: 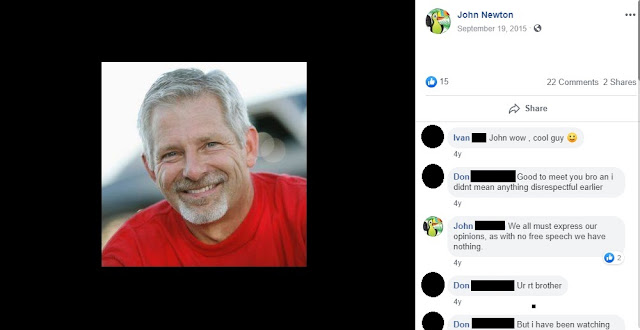 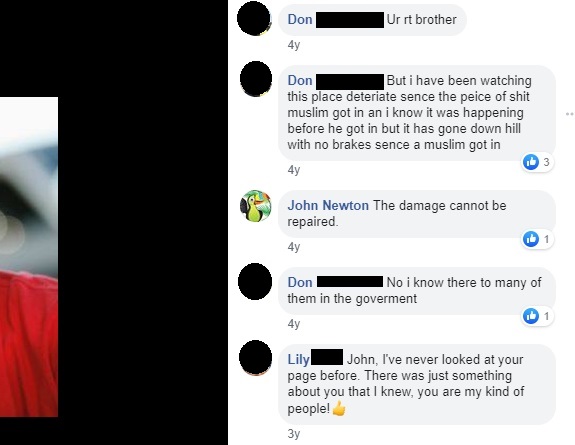 Other posts made by John Newton are more overtly bigoted. In this case he uses the "Ted Williams" missives (unsigned) as a means of arguing with a person named Newton who called him on his bs (I know, two people with "Newton" in their name.... what are the odds?): 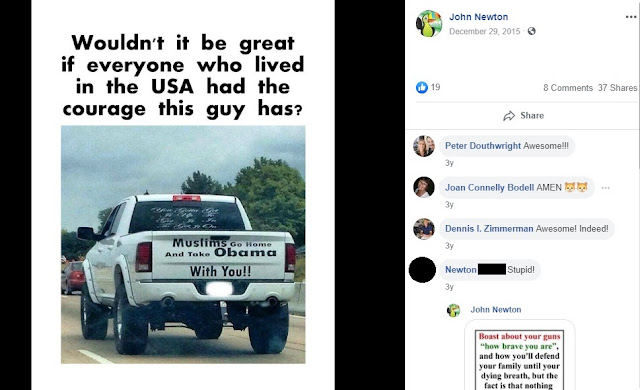 So what other evidence is there that John Newton is "Ted Williams": 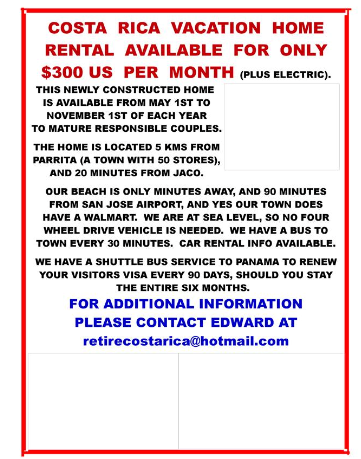 In a format which mirrors that of the "Ted Williams" Islamophobic missives shared by the far right, "Edward" provides an email address for those interested in renting a home from him.

When one plugs the email into Google, a number of articles come up including the following: 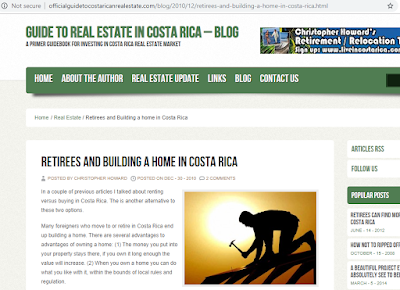 In leaving a comment, John Newton appears to have forgotten that he goes by the name "Edward" when using this email address:

He posts comments providing this email address quite often in fact: 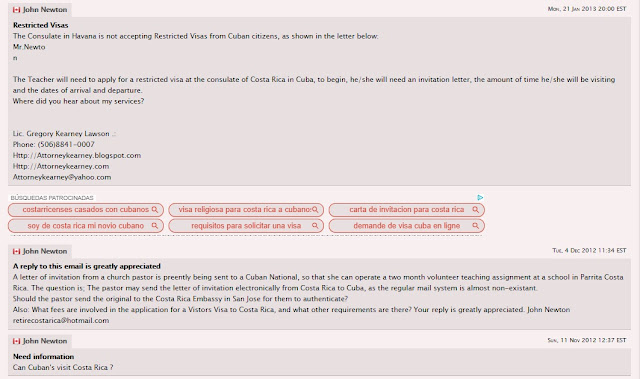 A short time ago Newton's wife posted a message in a Costa Rica expat group searching for for two men she and her husband claimed had cheated them on a build: 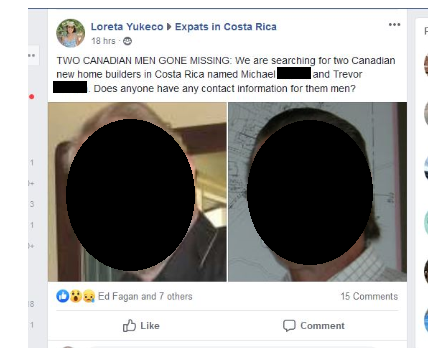 A few months prior to this in another group John Newton posted the same request using the same design as the "Ted Williams" Islamophobic diatribes. In this case it wasn't signed by motivational speaker "Ted Williams."

No, those who had information on the "Candian" men who were missing were to contact Sgt. Williams.... via a Gmail account: 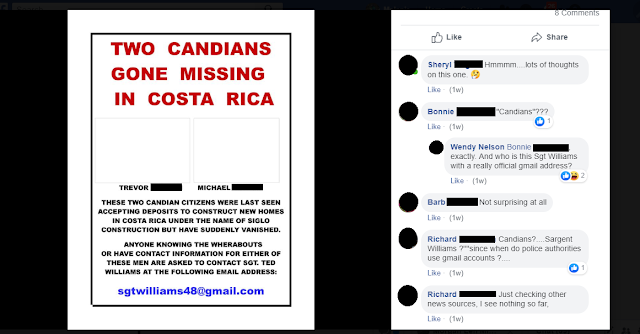 Can we now definitively state that John Newton is a lying liar who lies?

I think we can.

Suffice it to say given how easy it should have been to figure out that John Newton was "Ted Williams" that I'm a bit annoyed with myself (thank you to the individual who provided the tip). Given how ridiculous his missives are and you clumsy and transparent his lies, it would be easy just to laugh at Newton and dismiss him as a crank because, well, he is.

Unfortunately, we really can't do that.

John Newton, posing as "Ted Williams", has done a great deal of harm in spreading bold faced lies which are further shared by his fellow travelers increasingly radicalizing themselves. And, as we well know by this point, that is very dangerous: 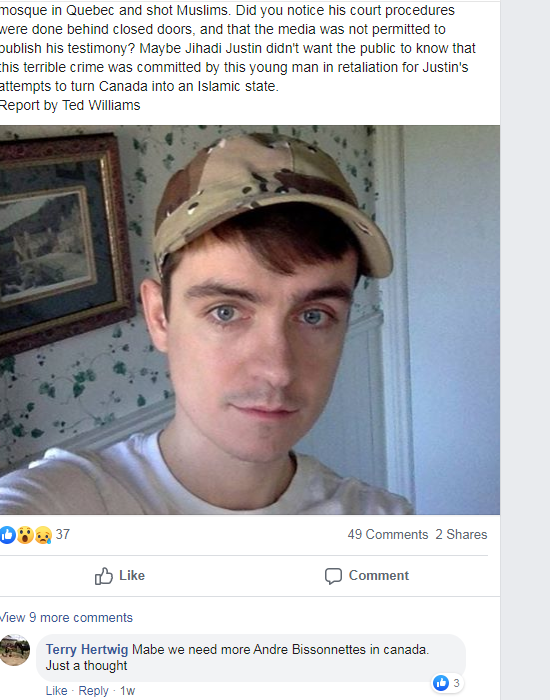