You know, it really is funny how quickly the individuals and groups we cover on the blog fall out with each other often over incredibly petty things.

Case in point, back in October, Steven Myatt and a number of Northern Guard members from New Brunswick, Quebec, and Ontario traveled to Toronto to attend an event billed as an anti-Trudeau protest (which was in fact a cover as the event was nakedly racist in nature) organized by Ronny Cameron at Nathan Phillips Square: 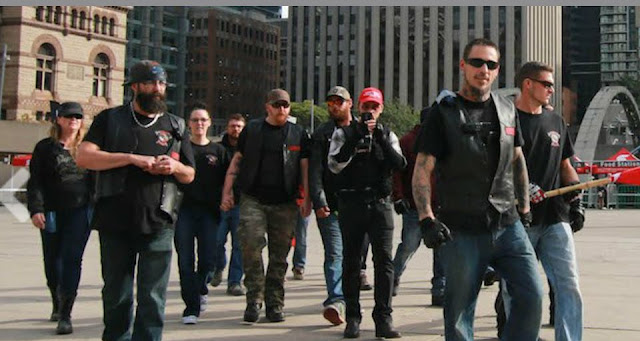 Later Myatt, Cameron, members of La Meute, and Northern Guard members joined the JDL to attend a presentation by Islamophobe and conspiracy nutter Pamela Geller and Ezra Levant. It was around this time that he received a patch from the Northern Guard which he seemed quite proud of for some inexplicable reason: 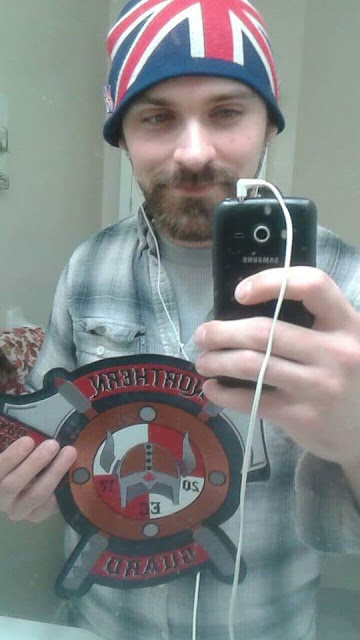 Oh, but he wasn't simply a newly patched member of the Northern Guard. Myatt, along with his friend Georges Massaad who is still active with the hate group, were given a position of some responsibility promoting the hate group: 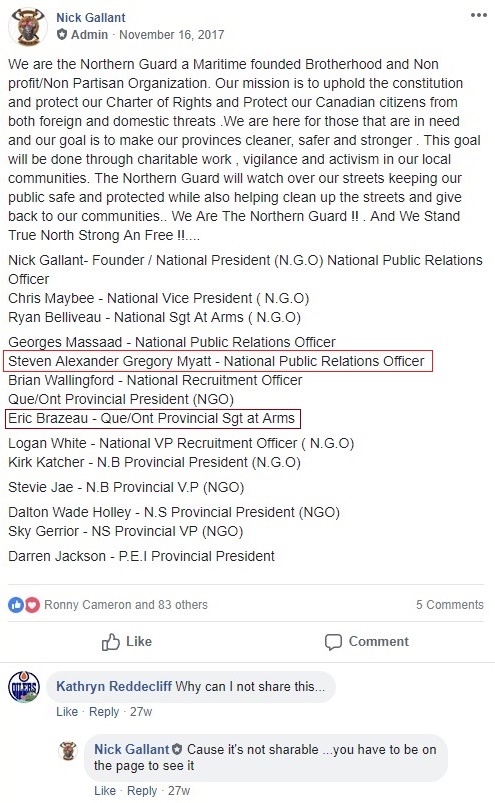 Yeah, you do have to be on the page to see it.

Anyways, since then I hadn't really seen a lot of activity by Myatt on the Northern Guard group, though I didn't really give it a great deal of thought either. However at the end of May something interesting occurred on Ronny Cameron's page: 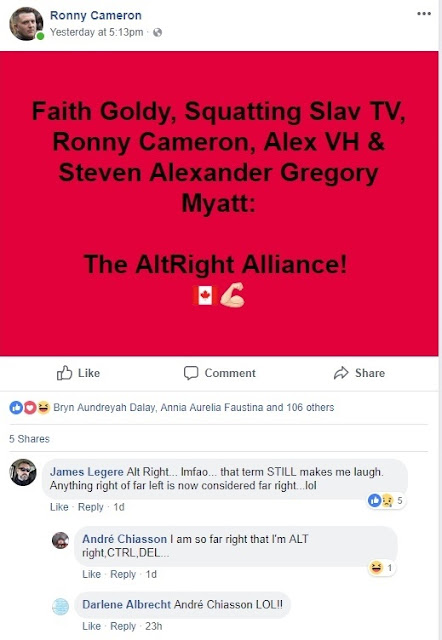 Much of the discussion focused on Cameron's divisiveness which has sort of become par for the course the past several months: 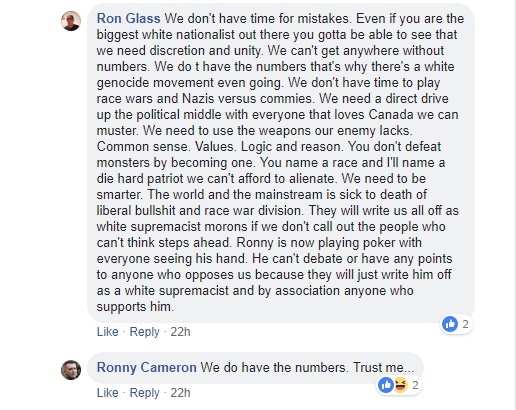 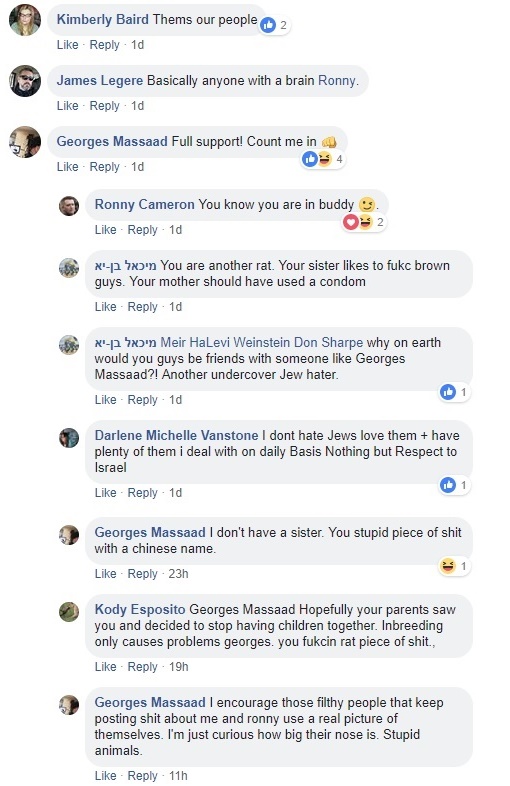 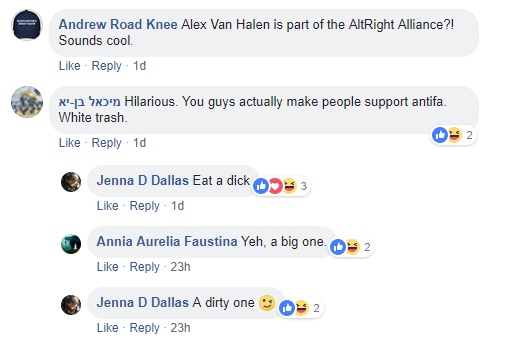 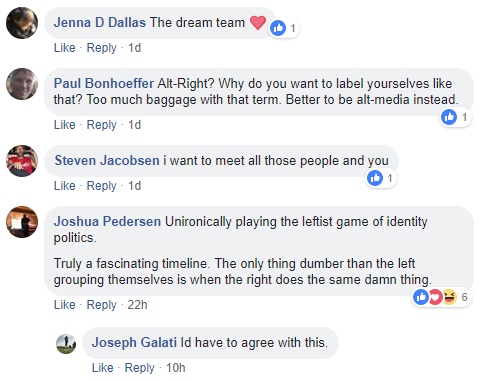 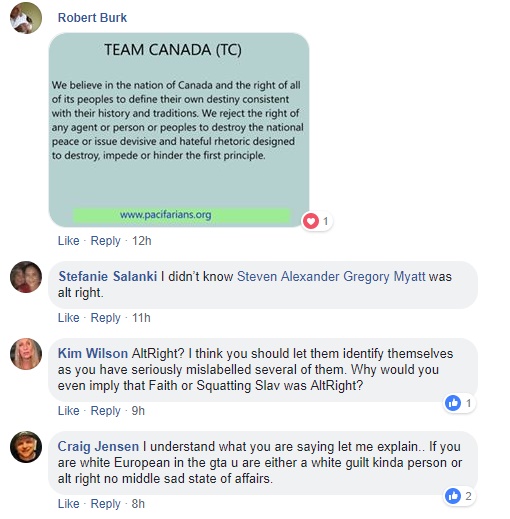 There was one part that caught my attention though: 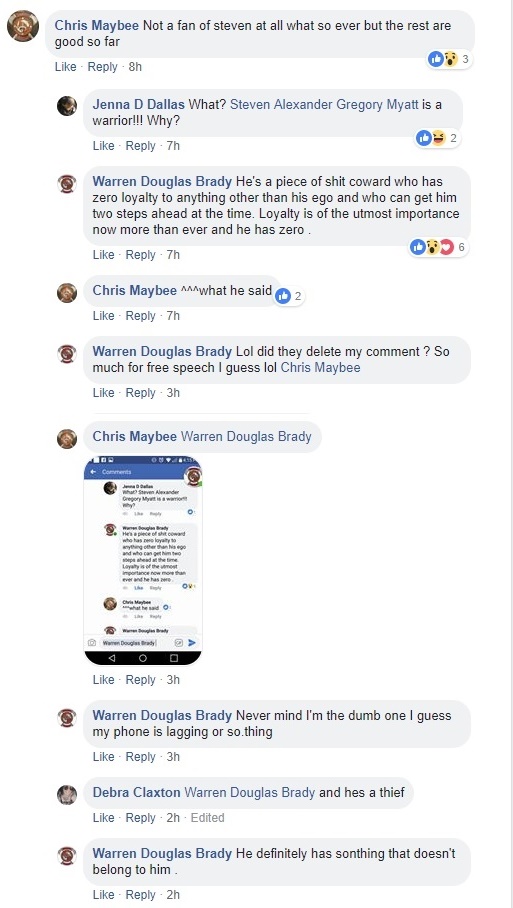 That was rather interesting to say the least.

On a whim I decided to contact Chris Maybee (listed as the VP of the National group) and the other two members, sending them both this message though not necessarily expecting a response:

There was no response from any of the three posting on Cameron's board, however just a few days ago Nick Gallant decided come out of his hole after not seeing his shadow and respond to the question.
Full disclosure here. Nick is going to refer to me as "Chris Cannon" thinking this is my real name. In a follow up video he suggests I attended university in British Columbia and that I claim to be a marine which he suggests is a case of "stolen valor." None of this is actually true and it is just one more name added to the list of people who I am not (I'll address all of this later so Nick, don't you worry your scruffy face about me accepting your dance invitation). He also alludes to the departure of Eric Brazeau from the Northern Guard back in February and finally gets around to commenting on the loss of their Vancouver Island chapter less than a month after it was established. He also mentions that there have been others who have left his "club" which he says he will not help. All the while he whines about being hard done by all the meanies who say bad things about him and his inept leadership:

Yeah, a lot of impotent talk and implied threats that will result in nothing actually happening. But don't you worry because Nick Gallant is coming back with some ideas to do vague things at some undefined time in the future because he's going to light a fire under the club.... or something.

Also at the end of May, Myatt suggested he would be heading east to drum up support for his efforts to get people to sign a petition so that he can sue Trudeau for treason and have him and the Liberal Party removed from office because, you know, he thinks that is actually how the legal and political system works in this country. He had previously traveled west to Alberta and British Columbia: Hmmmm, not heading to New Brunswick?

He also claimed that he would be attending the border protest on June 3 in Quebec. Looking on a number of videos I didn't see him present, though this post suggests that he did attend: 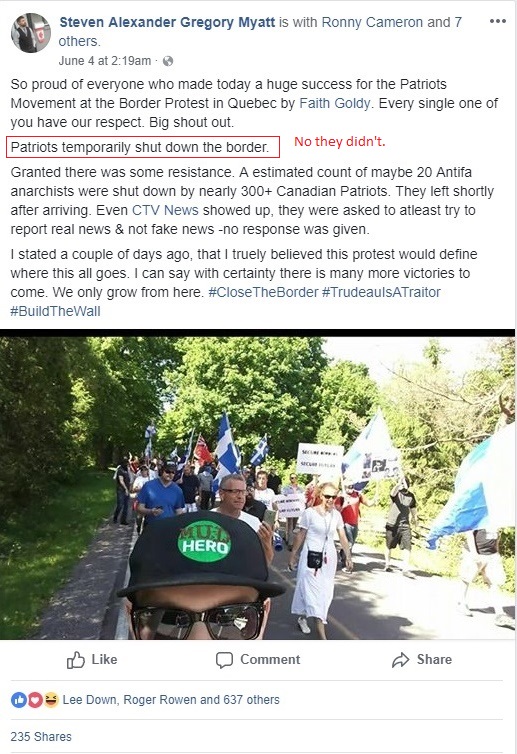 Massaad was also there and it looks like he might still at least have an amicable relationship with Myatt despite Gallant's admonishment that "patriots" aught not have anything to do with the man: 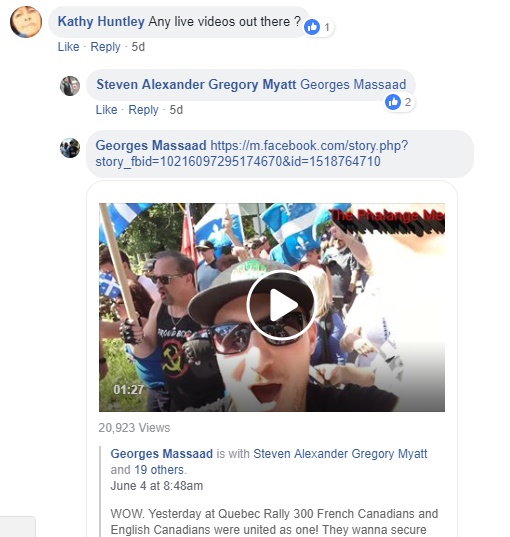 You can't even keep your active membership in line.

The alt-right coined a term that has been used to demean those whom they deem their opposition. I believe that word is.... "cuck"? It's "cuck" right?

Seems rather apropos in this instance.
Posted by Nosferatu200 at 21:56