On June 21, the following flyer was found on the notice board of a Toronto public library: 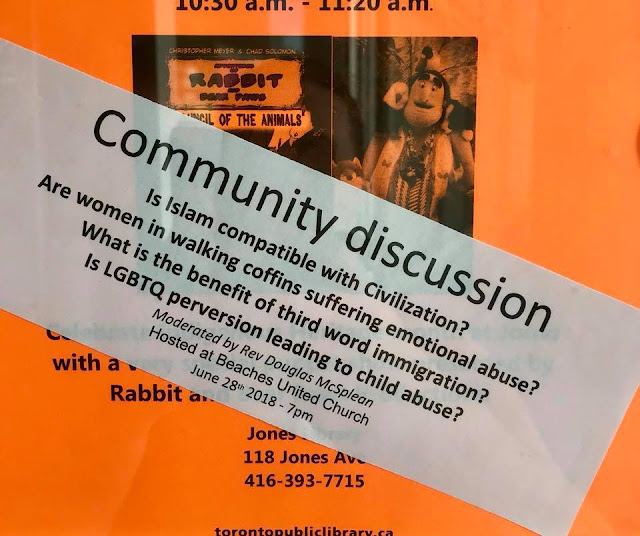 The person who posted the flyer did not have permission from the library staff to do so. The flyer itself was also a bald-faced lie:


The person responsible was Eric Brazau: 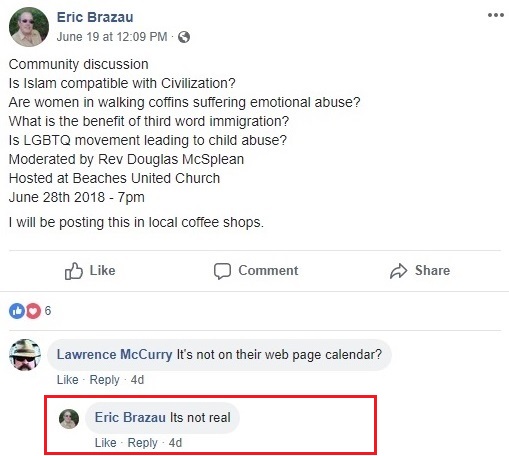 Eric Brazau has been discussed a number of times on this blog as well as in the MSM with regard to what can be described as blood libels directed towards Muslim-Canadians and Islam in general:


He is also an associated of other hate-mongers including Ron Banerjee, Kevin "Poodle" Johnston, Lynn Redden, and formerly Sandra Solomon before their falling out: 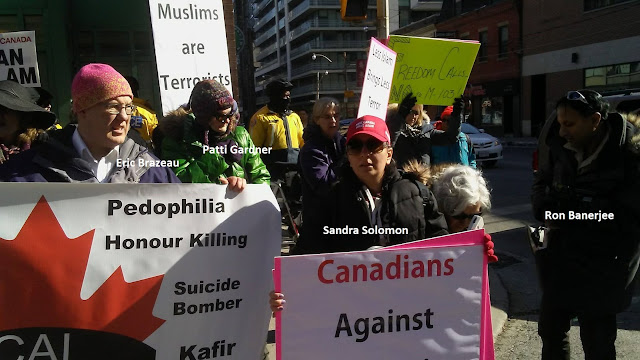 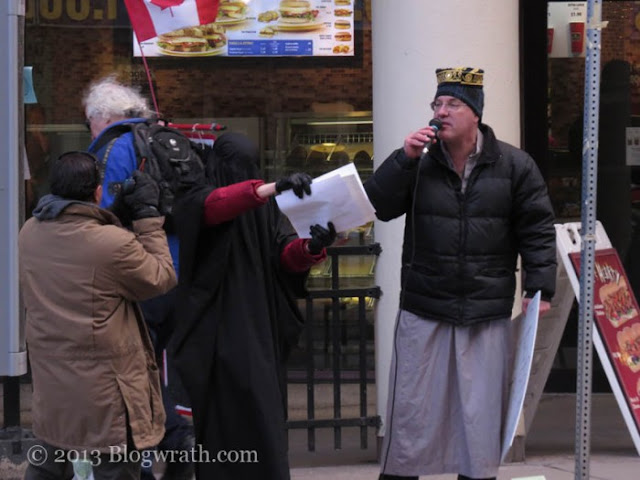 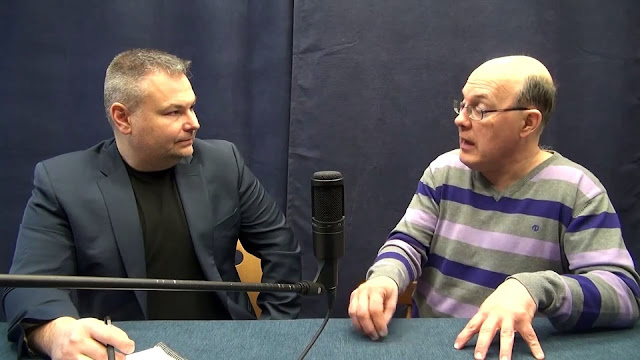 First, when Lawrence McCurry appears to be the rational person in the discussion, that says a great deal about the character of the other person. Second, what?!?!

I could go on and on about Brazau's Islamophobic antics, but it should suffice it to post only a few recent examples for those who aren't familiar with him. First regarding the attack in Toronto that left 10 dead and 16 injured, Brazau posted the following:

Probably because the attack was perpetrated by someone more in line with Brazau's ideological viewpoints.

He also posted the following criticism of the British and Canadian governments regarding their respective immigration ministers:

What is clear is that Brazau is anti-Muslim and that he views every Muslim as an extremist.

But don't for a moment think that he rejects religion playing a primary role in government decisions so long as it is the religion that he subscribes to.

As Brazau writes above, he was a candidate in the most recent Ontario election running as a candidate for the fringe Cultural Action Party: 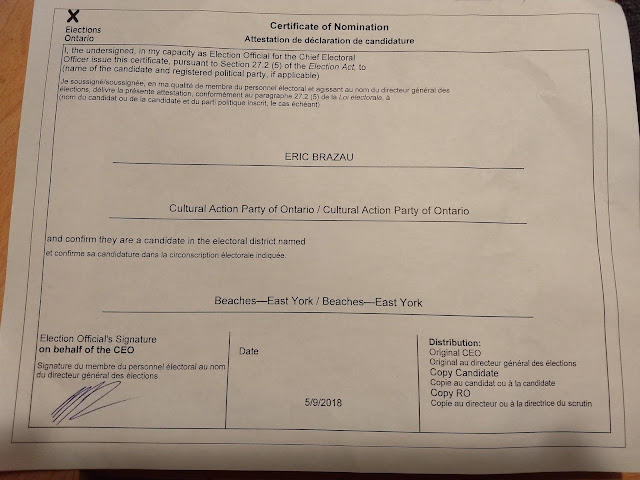 Brazau wrote the following (and repeats himself, incidentally) regarding his plans should he be elected to office:

Suffice it to say, he performed poorly: 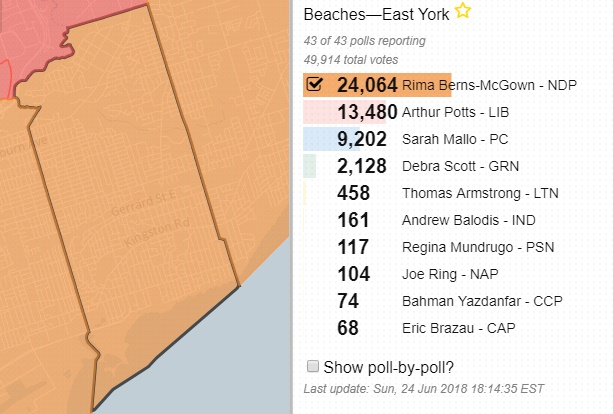 However his post on June 4 also hints that Brazau has embraced racial animus. Other posts seem to confirm this: 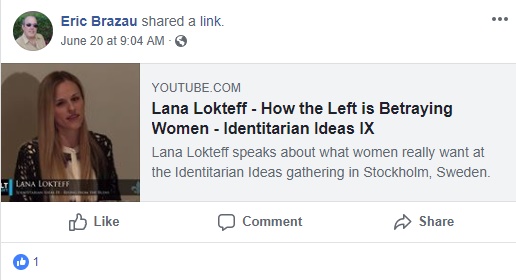 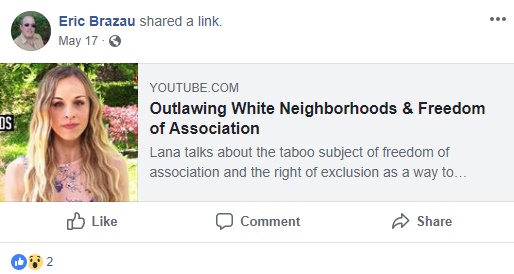 Finally, he has also taken to posting newspaper articles featuring suspected criminals who are not white. What is most interesting to be is how he parrots the talking points of Donald Trump referring to developing nations as "shithole countries" and that immigrants are "infesting" this country: 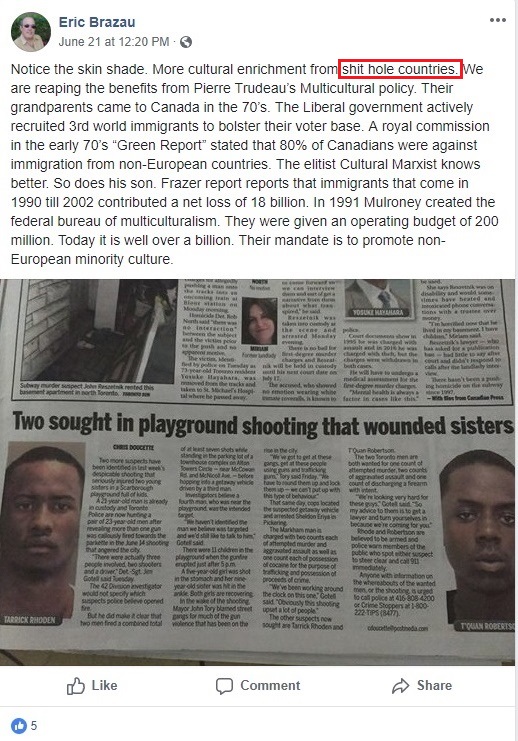 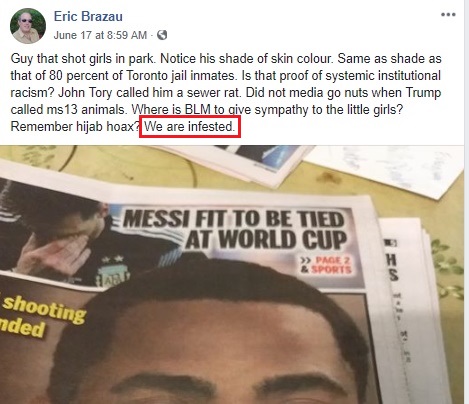 His friends agree with him and they, with Brazau (and Ryan Dean), continue to dehumanize minorities: 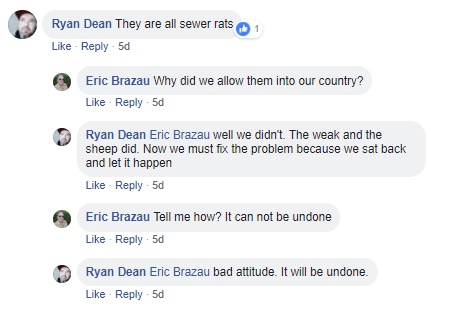 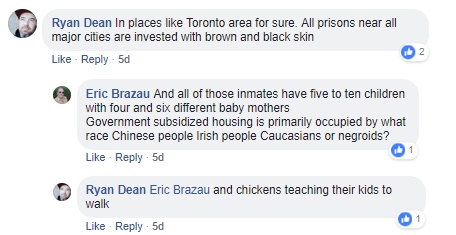 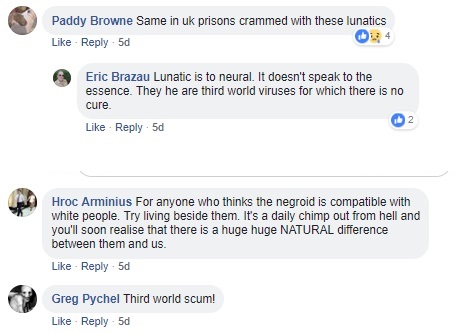 Within this thread, Brazau doubles down on his claim that 80% of people in Toronto jails are black: