Back in August 2017, Kevin "Poodle" Johnston and Ron Banerjee (Islamophobic, misogynistic, and racist bigots who have been featured on these pages several times already) were sued by Mohamad Fakih, the owner of Paramount Fine Foods, falsely claiming that Mr. Fakih had ties to extremism. Since then Johnston has continued his vendetta posting more videos attacking the integrity of Mr. Fakih and Banerjee hasn't let up either.

Yesterday, we learned that their efforts have been rewarded.... at least if your name is Mohamad Fakih:

Fakih sued for defamation; Johnston and Banerjee wrote in their defence statements that they were exercising their freedom of expression and raising issues of public interest — namely, their objection to the federal government’s $10.5 million settlement paid to Guantanamo Bay detainee Omar Khadr.

But before the case has even gone to trial, a Superior Court of Justice judge has already delivered a preliminary victory for Fakih, ruling Banerjee’s videotaped comments “involve hallmarks of hate” and do not relate to a matter of public interest.

This also means his statements are unprotected by a 2015 Ontario law designed to stop nuisance lawsuits aimed at silencing free expression over matters of public interest. Banerjee invoked the law to try to quash the suit but the judge ruled that allowing him to justify his comments by claiming public interest would be “trivializing” the law’s objectives.

My personal favourite part of this is when Benerjee and Johnston claim that they have never promoted hatred and that Banerjee appears to have thrown Johnston under the bus to try and save his own ass:

Both Banerjee and Johnston have denied the allegations against them in their statements of defence. Banerjee said he has never promoted hatred against any group or people; Johnston — who is also currently facing hate crime charges — said any allegation that he “ever promoted hate is a fabrication.” With respect to his statements that Paramount Fine Foods only served people who are “jihadist” or raped their wives, Banerjee said the comments were “satirical”and published by Johnston, not him.

The ruling can be found here in its entirety.

Truth be told, things haven't been going especially well for Kevin "Poodle" Johnston of later. We already know about the hate crime charges which are of course quite serious (and for which this current legal ruling may very play a role). His claim to have been assaulted at a June 3, 2017 Islamophobic rally were dismissed because he proved to be an unreliable and uncooperative witness. Later he had a hissy fit when Twitter deleted several of his accounts when he was reported by a number of people (yours truly included) for violating the terms and services; back in May he sent a letter suggesting he would be suing Twitter and some of those who reported him for denying him his right to free speech which further indicates he has no idea what is meant by this concept: 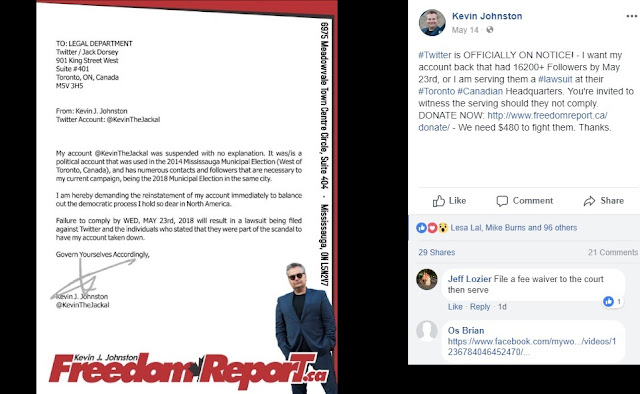 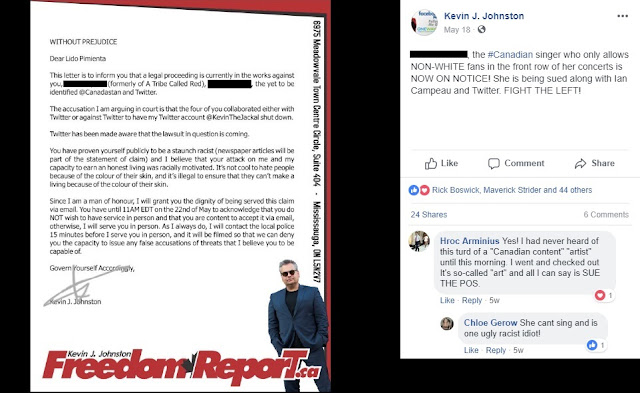 And while most of his followers were very excited.... 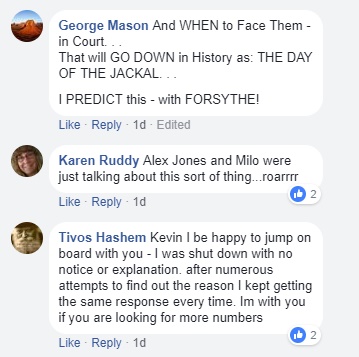 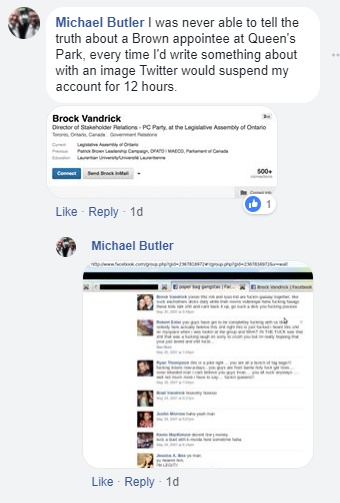 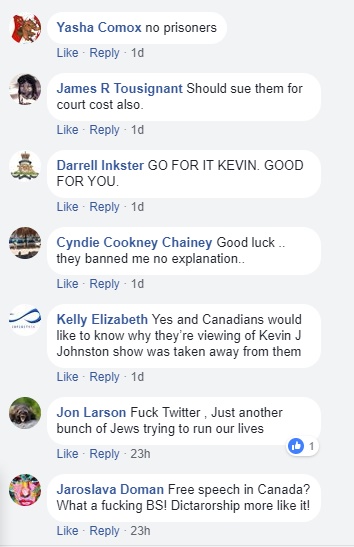 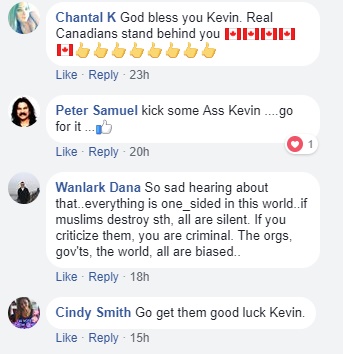 .... I just can't help thinking they will ultimately be left disappointed.

Johnston's sudden decision to threaten to sue Twitter and the three individuals in the second letter might have been motivated by some of his own legal troubles as evidenced by this particular post: 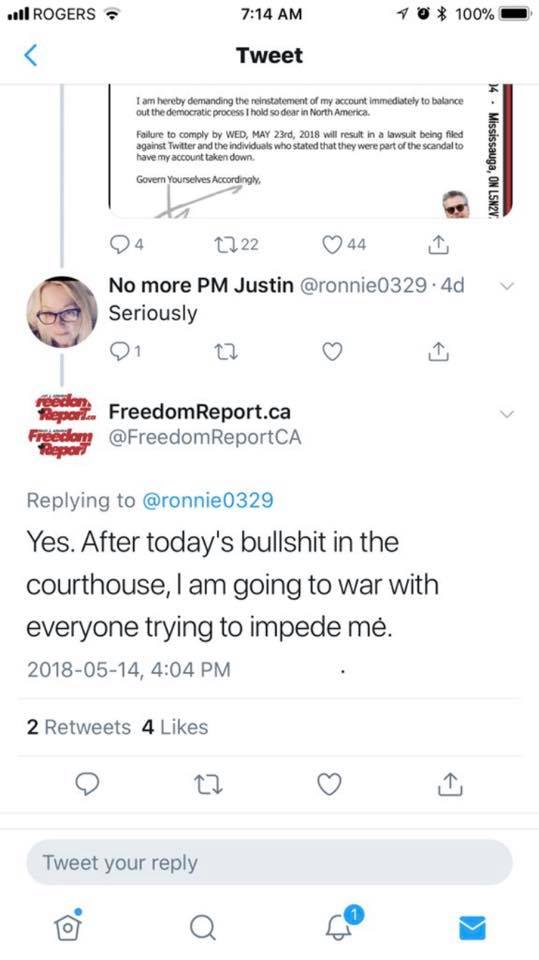 Since then, things continue to appear going downhill for "Poodle".  After being off Facebook for some time, Johnston posted this rather desperate request: 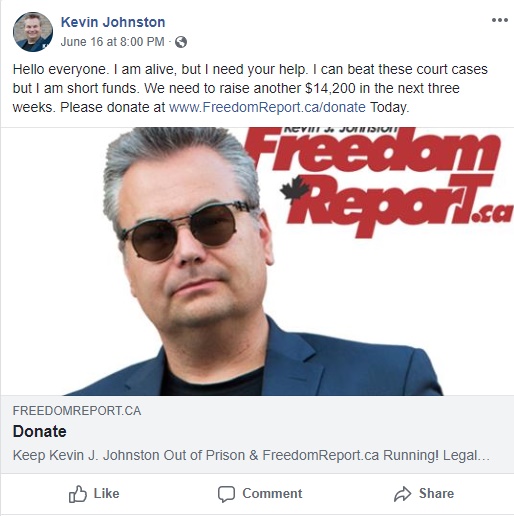 Have I ever mentioned that my favorite word is schadenfreude?
Posted by Nosferatu200 at 13:12