Infighting In Northern Guard: Least Shocking News Of the Week

There really are three things in life that are certain.

And far-right, pseudo-biker, wannabe militia types are going to eventually start fighting each other: 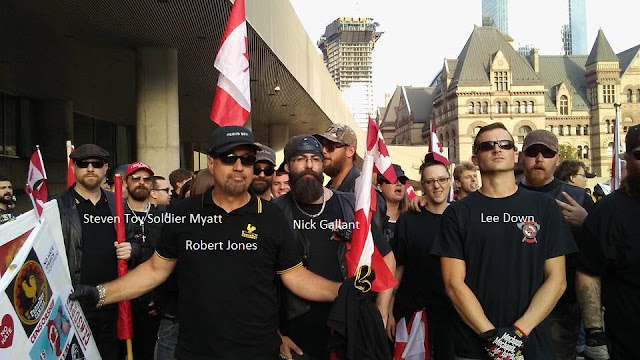 The scene above took place when members of the New Brunswick, Quebec, and Ontario Northern Guard chapters (as well as some III%ers and Proud Boys) arrived at what was billed as an anti-Trudeau rally in Toronto last October though a number of participants were carrying anti-Muslim and anti-refugee signs and included in their number quite a few overt racists.

As a slight digression, middle-age Proud Boy Robert Jones of Toronto has been sharing some of his fantasies on his Facebook profile: 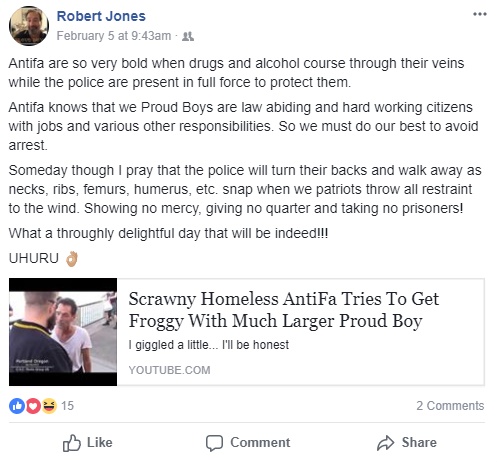 Back to the October 2017 event in Nathan Phillips Square, counter-protesters managed to get some good images of the Northern Guard members as they walked towards their muster point including some members of the leadership including the two who will be highlighted in this article: 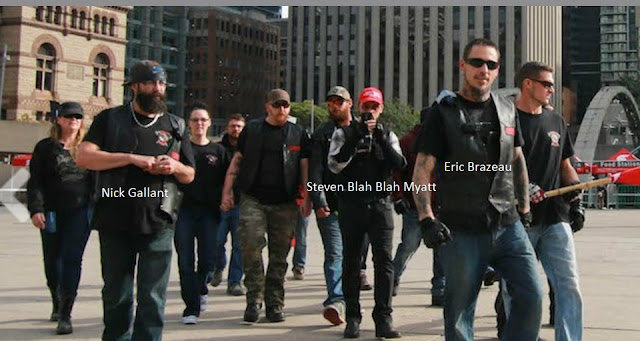 Gallant, a former New Brunswick Soldiers of Odin provincial leader as well as the founder and current leader of the Northern Guard is someone who ARC's readers have become well acquainted with because he's become ARC's biggest fan. The fella in front is Eric Brazeau, the one time provincial vp of the Quebec Northern Guard chapter and someone who had become somewhat of the official spokesperson of the group in Steven Myatt's and Georges Massaad's videos. Brazeau also struck this writer as one of the more competent and intelligent members of the Northern Guard, though if I'm going to be totally honest that might be a bit of a backhanded compliment considering I'm comparing him to Gallant who seems to possess the intellectual capacity of a half-eaten tunafish sandwich.

No doubt ARC readers have already noticed that I'm referring to Brazeau's time with the Northern Guard in the past-tense:


In the video posted by Brazeau he refers to "egos" in New Brunswick and though he doesn't mention Gallant by name he does speak of the Northern Guard "president":


Brazeau's wife who was also actively involved in the woman's division also made a pointed comment: 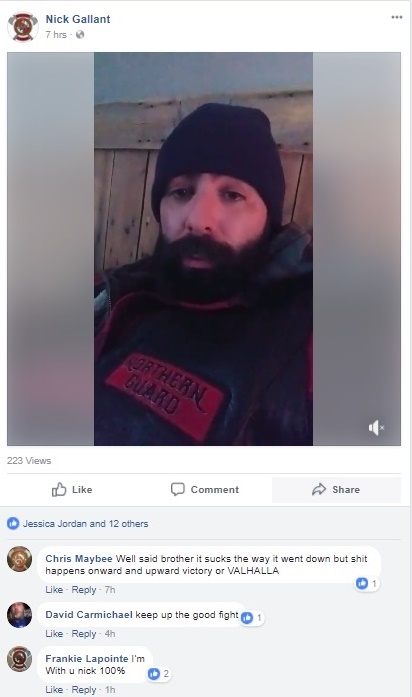 In a now classic example a Gallant video, he rambles on about how it doesn't bother him that Brazeau has left in an 11 minute video complaining about Brazeau. He also claims there is no infighting within the Northern Guard shortly after admitting that along with Brazeau, at least 20 other members have left the gang:


This writer can't help wonder who will get Steven Myatt, a member of the Northern Guard and friend of Brazeau, in this latest acrimonious divorce?